Drunk selfies are kind of the best! I dont remember taking this one and I don’t even know what I am staring at lmao.

On Friday, I was trying to get my plans together for the weekend. I hadn’t seen Otter since Wednesday morning, so obviously I wanted to see him. And we haven’t seen Cheetah in forever so that would be nice too. I am also talking to this girl right now that I met on tinder, but we are both always so busy that we haven’t been able to meet yet. We had made vague plans to do dinner with Cheetah on Thursday night that we all had forgotten about because we all worked until almost 8:00pm. Otter says that he would be playing games with his friend and friend’s girlfriend, and I hadn’t heard back from Cheetah or the girl yet.

We get home and do dinner, the Raven wants to open a bottle of wine and play games. So we start playing Catan. We invite Otter to join after his game night ends, depending on how late his is going. Then he says we should come over and join his game night, but that I’d have to keep my hands just on Raven. He says his friends are quite conservative sometimes. Raven and I finish our game then check in, and his game night is still going. I decide I can keep my hands only on Raven, and we decide to join. When we get there, it turns out that there are actually a group of people over there, not just the other couple. We make introductions and decide to start playing circle of death. I am being fairly quiet because I have only met the one friend before, and I am trying to remember not to say anything that would give away that Raven and I are nonmonogamous, or that I’ve slept with Otter. I also try not to look at him too much and not to be to flirty, just in case. So I had a lot on my mind. I get a little anxious when we have to do the never have I ever cards, but that turns out fine since no one brings up anything that could give it away. Then we start playing this other game, the voting game, or something like that. Basically everyone is assigned a number that represents them, then someone reads a card, then everyone votes for who they think that card applies to. Initially I was thinking this game would definitely give it away - there were cards like “Who has seen the most people in this room naked?” - but the interesting twist is that you don’t actually get to know the answer to the question. You get to find out who had the most votes, you get a chance to guess who voted for you, then you move on. So that added a really fun and interesting dynamic. I was sitting next to Raven on one side, and Otter’s friend from Tuesday night (the one who knows everything) on the other side. We found out that the three of us all voted for Otter as having seen the most people in the room naked, which we all laughed at but couldn’t explain to the others why we were laughing.

Eventually there was some rearranging of where people were sitting, and I ended up sitting between Raven and Otter. We start playing truth or dare. Most of the dares were to do a gross mysterious shot, or to spin the bottle. Most of the boys in the room ended up kissing each other. Raven kissed the boy that knows about us, and one of the girls. The couple refused to kiss anyone else. The other girl was weird at first about kissing Raven, and I basically said it was not an issue and to go for it, but without really explaining anything. I was told not to bring up the open relationship so I didn’t know how much more Otter was okay with me explaining.

I also got to meet the friend who built Otter his gaming table. We spent a good 20-30 minutes talking about the table while everyone else was playing, and we were totally not paying attention. It turns out he has the video of building it on YouTube so I was able to watch it and get a little more understanding of how the interior is designed, so that was great. I had what I thought was a really clever dare with that friend, where I dared him to let me look through his phone for 5 minutes, and he let me. I only had time to go through pictures and some texts, but it was still super interesting. He had some fairly kinky pictures and texts asking people what to do about his relationship. Otter asked about it later and was frustrated that I couldn’t remember the names of the people he had been talking to.

Truth or dare was not as revealing as you might expect. His friends found out pretty early in the evening that I’m a therapist, so one of my dares was to tell someone else at the table about something I had noticed about them that I considered to be a flaw, and we rolled a d8 to decide who I would answer that about (because obviously there were gaming dice scattered everywhere). It ended up being the boy in the couple. I told him, and everyone in the room agreed that I had pretty much nailed it. I felt pretty good about my drunken therapizing skills, considering I had only known him for a few hours.

An ant mill is an observed phenomenon in which a group of army ants separated from the main foraging party lose the pheromone track and begin to follow one another, forming a continuously rotating circle. The ants will eventually die of exhaustion.

this how my NYE went. 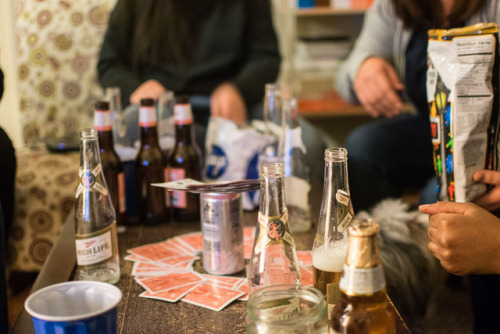 The circle of death with flirt..!
Ft me almost falling off.

#jumping, #equestrian, #circle of death, #that was kinda scary ;u;
0 notes · See All
ice-creamforbreakfastVideo

This will never get old.

Hit me up for flyer designs (for free or donation)! 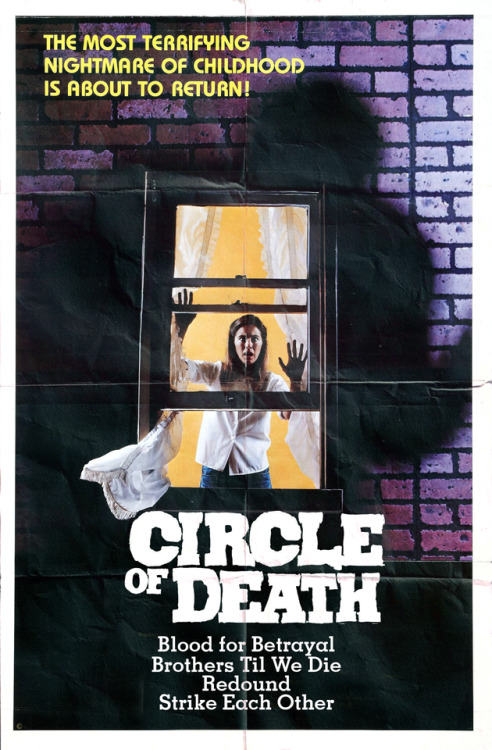 #slugathor, #circle of death, #journey into oblivion, #2006
0 notes · See All
mhmsoyeahChat
Never Have I Ever, without alcohol: getting to know your friends, sharing secrets, a good time
Never Have I Ever, in Circle of Death: "NEVER HAVE I EVER BEEN NAMED BRAD AND WORN DARK BLUE JEANS ON FEBRUARY 27TH, 2016"
#alcohol, #never have i ever, #circle of death
3 notes · See All
in-the-dark-nessText

What make you think you’re different?
If I shoot you, you bleed to death.
What makes you think you are special?
If I break your bones it hurts like hell.

What makes you think your chosen?
If I smash you, you’ll suffer till the end.
What make you think your something better?
You don’t realize you’re already dead.

Wait for me on the other side.

#song of the day, #Agonize, #Circle of Death, #industrial
1 notes · See All
frankensteinpoo-blogText

As it will most likely become obvious the more I “blog” on this site, I am a huge fan of the Harry Potter series and proud to say that I a member of the Harry Potter generation! The board I have dedicated to the series on Pintrest will attest to this statement, (while also showing the disturbing amount of time I waste on that site).

A few years ago, while three friends and I were playing Circle of Death, I pulled the categories card and decided on Harry Potter characters. Seriously, cross my heart swear to die, that we went around naming people for 30 to 45 minutes! It was so awesome! Haha! I was seriously impressed with the four of us and I will always remember that night because of it. 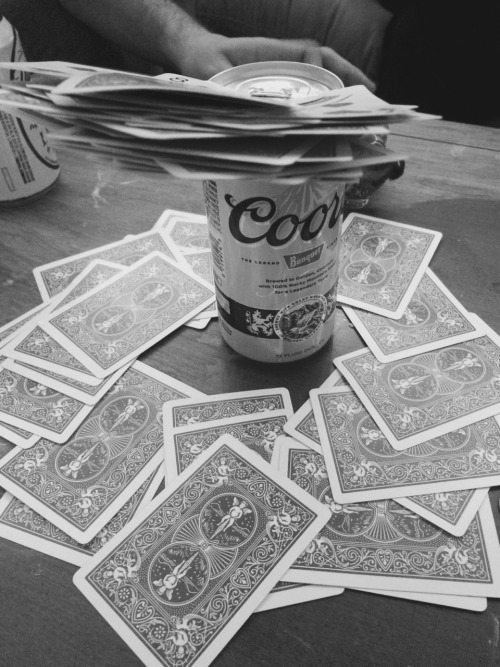 We were playing circle of death and my sister got the rule card and she made a rule where whenever she clicks her tongue everyone has to stand up and twirl around twice and then sit back down. I was the turn after her and I also got a rule card so I made the rule that every time she clucks her tongue she has to run around the entire building.

She hasn’t clicked her tongue.

#winning, #mwahahahahahah, #i really didn't want to stand up, #circle of death
0 notes · See All
Next Page