The circle of fifths, featuring my mother’s synesthesia

My kingdom is at war with a neighboring kingdom. We’ve been at war for a long time, far too long a time in my opinion. I don’t even know what we’re fighting for anymore. All I know is that castles are in ruins, cities and villages on both sides have burned, and people have died in numbers too great to count. And my brother left town to fight and never returned. And it has to end.

The battle has to end.

There’s a legend that’s been passed down through generations about a time just like this. It started as a well kept secret of the royal family, but somehow word got out and the myth spread like wildfire. It spoke of an era of war and rampant destruction, and an enigmatic society of mages who brought about its end. Or rather, what they summoned, which brought about its end. The story says nothing about how they learned of the all powerful being’s existence. Or where it, or he, comes from. But it claims he has the power to bring whole armies to their knees, make kings and emperors beg for mercy. The power to singlehandedly end battle. He takes the form of an old man with a kind face, and at first glance seems friendly and inconspicuous. In reality he is an entity beyond mortal comprehension. I don’t know where the name came from, but they call him Father Charles. The mages fashioned seven enchanted keys, that when gathered and arranged in the right order, activate a spell which calls forth Father Charles from his realm into ours. They composed an ancient text containing the names they gave to the keys, how to find them, and what order activates the spell. It’s called the Circle of Keys, and according to the legend it remains hidden somewhere within the kingdom. Find the Circle, and you can summon Father Charles.

Last night I finally did it. I snuck into the sealed room in the back of the royal library. It took forever but I finally found it. A scroll with a drawing of what looked like a giant clock on it, covered in strange letters and symbols. I found the Circle. I have the order. Now all that’s left to do is follow the mages’ instructions and stop this war for good. Find the Circle. Find the keys. Arrange them in order. And then, as if manifesting out of thin air, the old man will appear on the hilltop. And then, just like the legend says….

#this has been in my head ever since i heard the order of sharps acronym, #who is this 'father charles' destroyer of worlds ender of battle? it demanded explanation, #music theory, #circle of fifths, #writing, #story prompt, #music
0 notes · See All
oogala-studio-74flatPhoto

The Sound of Circles 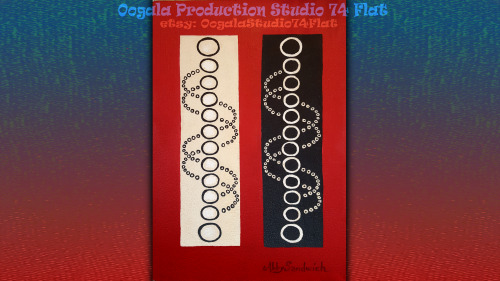 Hope this helps. What started as color coordination turned into chaos. Follow the yellow or pink highlighted road.

It’s the circle of fifths. 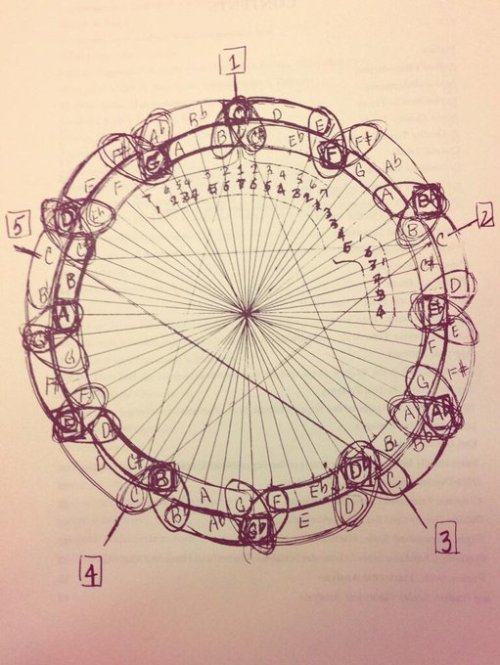 Circle of Fifths with chords. Check out my Youtube channel! 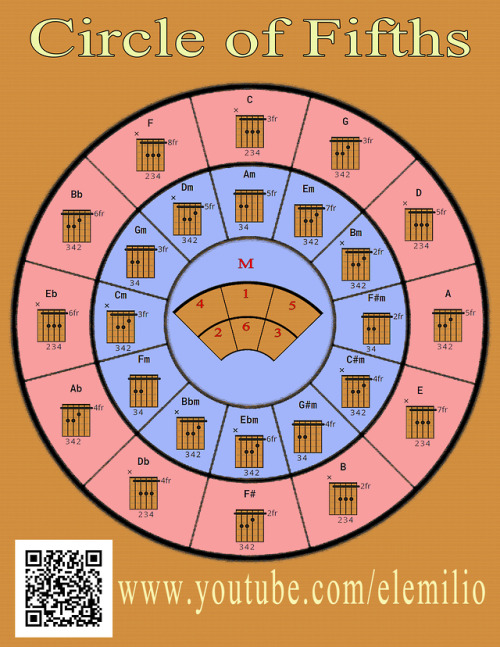 Now I know why musicians are cultists

“Wish it would stop and I’ve tried, but

Life just sucks then we all die”

how to summon Bach

‘Cause I’m so greedy

'Cause I’m so greedy, ooh

You know that I’m greedy for love”

“I’ve never so adored you

I want to complicate you

Don’t let me do this to myself”

#circle of fifths, #panic at the disco, #music, #song, #lyric, #far too young to die
0 notes · See All
ihavenothingtosayandimsayingitVideo

This is excellent. Really great way to distill something so complicated in a somewhat understandable way.

hmm. i don’t think i could ever actually pick like a For Real favorite song because i listen to so much music and it’s all so different, but i have been listening to ipso facto a lot recently, so how about circle of fifths:

#asks, #Anonymous, #Ipso Facto, #music, #Circle of Fifths, #my other option was the hotel theme from earthbound, #because i've been playing it for the first time this week and that is such an earworm, #but i figured i'd go with a 'real' song instead of a soundtrack
1 notes · See All
realcelloguyPhoto

I want this clock. 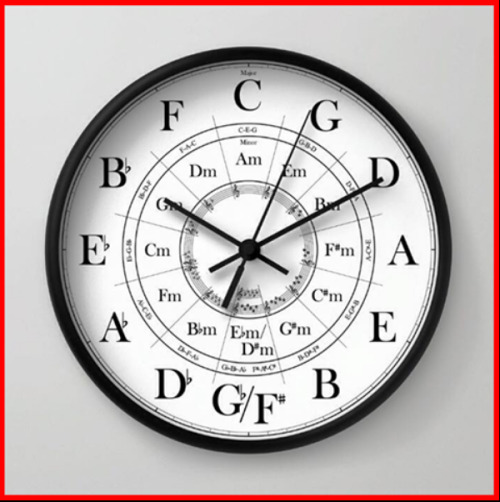 #rendezvous at two, #closer to u, #song, #music, #circle of fifths, #lyrics
11 notes · See All
circle0f-fifthsAudio

“Mama told me not to try
And I should have taken her advice
And now I’m all twisted
When it’s all gone, I miss it”

#void, #the neighbourhood, #music, #song, #circle of fifths
5 notes · See All
Next Page