RN Mom: Your throat is really red. Why don’t you go to CityMD in the morning and get a strep test done?

Me: How dare you say the “C” word around me?

#mandelene's stuff, #citymd, #i'll go to NYU Langone's urgent care instead lol, #i'll take myself in the morning if there's no change, #might just be a cold that's taking its sweet time with me
5 notes · See All
soyangggPhoto

my scrubs for my new job 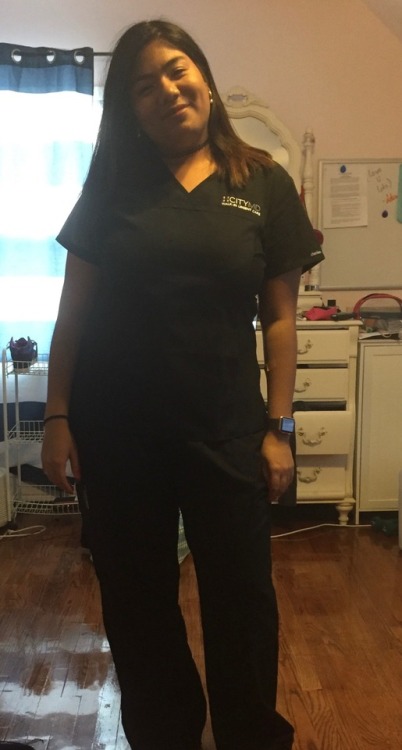 So tomorrow I’m either going to go to the CityMD $50 walk-clinic… OR going to the NYU Langone Hospital.

I’m still not sure whether it’s best to go to the clinic or the hospital. I’m really worried about my health but can’t tell how immediately life threatening it is. All I know is that my kidneys are pretty damaged and my kidney infection is back.

I’m also feeling light headed and nauseous but idk if that’s cuz I haven’t eaten enough today or from klonopin withdrawal or my kidneys. At least I’ll be getting my klonopin refilled tomorrow.

Ratner’s on Delancey is Now a CityMD Urgent Care Facility

So unbelievably proud to be on a team with these amazing ladies! Today we headed out in the cold to get some great pics – thanks to @PhotoRhetoric – of the team in our #Pactimo kits! Fun times! Love these ladies so much…and sad to be leaving for California. I’ll represent from the West Coast and hopefully be back often to race/ride with them! :-D

“Mommy, that guy, on that add, the one for City Emmm Deee, He looks kind of like Doctor Who”

“hmmm…” I say “Well, I can kind of see how you would think that. Who knows, they might have done it on purpose.”

“yeah… I think so, but I still also think it’s Doctor Who”

“Well, it is a doctor, but it’s not THE Doctor.  Not quite the right guy, what else does it say hunni?”

He stares up at the subway ad and reads (with some commentary by me), when he finishes I respond

“well there you have it, it can’t be Doctor Who.  Doctor who is definitely not available 365 days of the year.”

an argument which was apparently more convincing than any of the inconsistancies or lack of actual Doctor Who references.

The woman across the way and four seats down attempted to hide the fact that she was practically in stitches.  As my five year old and I exited the train one stop later, she and I exchanged glances and both burst out laughing.