Apple chief executive Tim Cook interacts with Year 2 pupils in a classroom, during a visit to Woodberry Down Community Primary School in Harringay, north London, to view how the school, which is part of the New Wave Federation group of schools, had incorporated Apple’s iPad and related software into lesson plans.
Yui Mok | PA Images | Getty Images

If the state intervenes in private sector activities, the extent to which certain environmental impacts are to be permitted must be specified. (Zimmermann et al. 2012, p. 500 f.) (1)
The preservation of so-called protected goods (e.g. safeguarding life and health, guaranteeing ecological sustainability) requires the definition of “emission targets” (environmental quality standards) for their further specification in relation to individual fields of environmental policy (air pollution control, water protection, noise abatement, etc.). “Emission targets” are then derived from these immission targets, which consist of regulations on the level of pollutant emissions at an individual source of pollutants (e.g. in the form of a limit value for fine dust) or the amount of pollutant input into an individual environmental good (e.g. in the form of the maximum permissible quantity of pesticides per hectare of agricultural land). Among other things, a distinction is made here between the polluter-principle and the principle of origin. In connection with compensation issues, there is also the beneficiary principle. See >Principles/Economic Theory, >Environmental Damage/Economic theory.

Me: Everything is fine. I’m sure covid’s soon over. The political and social polarisation is just a phase. Innovation and international collaboration will fix climate change. It’s all. just. fine.

I heard it snowed today.

It’s the time before the flood

It was pouring. Raindrops struck the window pane and fell down. But this wasn’t enough. A wave of spectacular but deadly blue water heightened at its fullest, was on its way to engulf her.

She woke up to be dead.

Aditi shouted and woke up, gasping for air. It was the worst nightmare. The previous day she had watched ‘Before the Flood’. It seemed her mind had captured it- those deadly scenes of painful death or rather extinction. She realised the influence of that on her. Next day she went to the school and shared her nightmare with her friends. But they mocked at her fear. It wasn’t a joke to her. It must be surreal to her friends but not to her. All day she thought about the ignorance and quietness of the people around her. It was an issue which triggered the anger in her. It forced her to think and do something about it . Strangely, that wasn’t the case with her friends and millions like them in the world. Their calmness was something that irritated her.

So she stopped discussing this with them. She searched for climate activists on the internet. And then she came across this girl- Greta Thunberg, a teenage climate activist from Sweden. She has dedicated all Fridays for her future and carries out Climate Strikes every Friday. After reading about Greta, she knew what was next.

On one pretty Friday afternoon, she took plaques of climate strike to the populous area of the town. Though she was standing there alone, she could feel the triumph over her nightmare. People did see her banners and they were hundreds of them. She felt an ease in her heart. It was an unusual feeling. One man even recorded her determination on camera. It was her first success ever and now she goes there every Friday to give a wake up call to those who are calm and quiet about the issue. She afflicts the people over there sitting comfortably. Aditi wants them to feel the panic she feels everyday.

It has been a while since her first climate strike. Everything is the same. She stands there in scorching heat, holding the plaques. Even today people watch her with surprise. But there is a slight difference. Now most people stand with her, holding placards. Surprisingly, her friends who had laughed at her nightmare have also realised the intensity of the issue. So, they have joined her in the climate strikes feeling apologetic but happy too. It was in one of these strikes when the Attorney General passed by. The vehicle came back and the woman in black walked towards Aditi. Aditi felt a bit nervous but it was overshadowed by her courage. The Attorney said, “So you are Aditi, the climate activist. I have heard about you. You seem to be a teenager. Why are you concerned about it?” Aditi was astounded at the woman’s thinking which she said earlier to her friends. But now she had an answer. “Madam, it bothers my future. I can’t play with it like you all have been doing since all these years. I am concerned about it. It panics me day and night. It makes me feel insecure and it’s only me who can secure it. There are millions like me who are doing the same. That’s what keeps me going”.

The woman stared at Aditi. Aditi did the same. But what the woman did next was absolutely unexpected. She asked for a placard and stood beside Aditi. Aditi still remembers those days when she felt hopeless . Those nights were spent with open eyes and when darkness felt like the end of the world. But now she has triumphed over her fear and does everything which gives her hope. Because it’s the time before the flood.

Think green at my Redbubble shop. 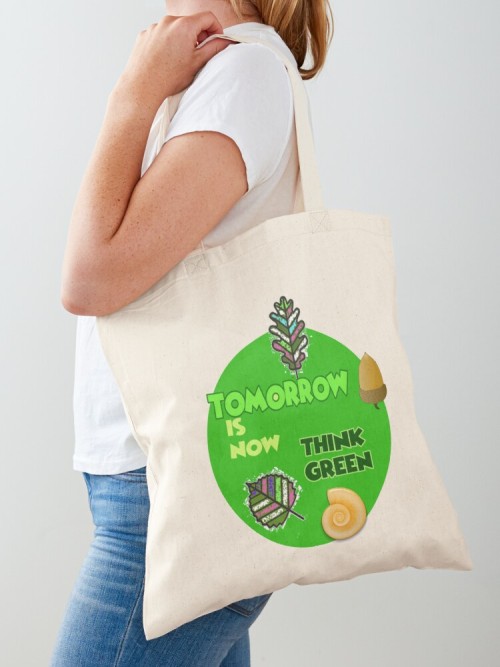