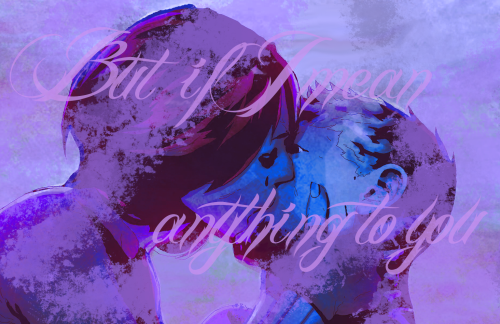 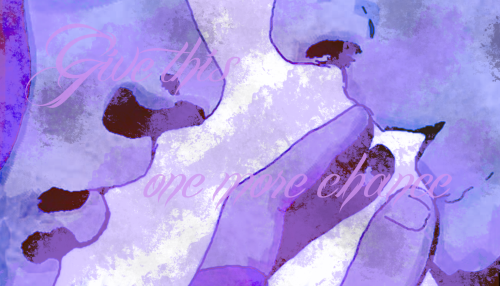 Clint: have you met my Russian assassin girlfriend, Nat?

Kate: and what’s Nat short for?

Clint: I don’t think vodka makes you grow much…

Stony: My Tears Ricochet, I Wish You Would, Sparks Fly

Stucky: It’s Nice To Have A Friend, Mary’s Song (Oh My My My), This Love

ThorxJane: Daylight, Superman, Come In With The Rain

Frostiron: False God, I Know Places, So It Goes…

Ironstrange: Hey Stephen, Begin Again, This Is Me Trying

BuckyNat: Style, Cowboy Like Me, Dancing With Our Hands Tied

MJxPeter: Starlight, You Belong With Me, Invisible

PeterxGamora: The Way I Loved You, Out Of The Woods, Mine

Ironhusbands: Peace, Afterglow, Call It What You Want

Let me know if you want me to add more ships, also I’m sorry if you disagree this is just my opinion and something I did for fun

(Also I only did 3 songs per ship, though I could 100% add more to certain ships if I wanted but I thought 3 was enough)

(Also also I didn’t want to re use songs)

i love 5+1 fics so much. it’s like a multi-chapter in a one shot

They’re not your main ship, but you’re totally okay with them being there and even low key love them - so long as the main ship is the star of the show 😏

Natasha, to Clint: Can I shoot her?

Clint: *Sigh* Not in here Nat

Do you ever just get randomly upset that Clintasha isn’t canon or is that just me?

The Tower: Family
An Avengers Fanfic

Synopsis: With new powers, Thor now living on Earth full time, a wedding to plan, and Natasha and Wanda expecting, a lot is changing for Elly and her large and rather unconventional family.  When Elise’s parents try to reestablish connections, Elly questions what being a family actually means.

The baby shower that had been strictly no gifts had ended up with a handful of gifts anyway.  They were mostly clothes - though Sam’s sister bought a breast pump that she had sworn by, while Loki and Angela had brought protective totems from Asgard.  There were a few plush or little wooden toys from people too.  Rhodey had bought all the kids, starting from Riley and Pietro, Cat in the Hat t-shirts.  Riley’s was labeled Thing One, Pietro’s Thing two, and then there were four tiny baby t-shirts labeled things three through six.  Phil got a little bundle of onesies that had funny little round cat-like blobs on them and the slogan ‘I love all my mommies and daddies’.

The party was fun but exhausting and Wanda, Natasha, and I all ended up going to bed early that night and sleeping right through.

Screen cap edit of aa Tony Stark in a bunny outfit because why not?

If you, like me, needed some Katie Barton and Kate Bishop interaction in your life along with Clint and Natasha happily parenting Katie, here’s a short fic of Clint, Natasha, and Katie helping to celebrate Kate’s birthday in some alternate happy universe!

Summary: Steve and Bucky meet in the ER, and then keep meeting in the ER because they are both knuckleheads who keep getting beaten up by other people.

Summary: On the run from Nat’s unwanted matchmaking, Steve stumbles upon a cafe and meets Bucky Barnes, aka Hot Guy.

Summary: He’s wearing a white v-neck (that goes the perfect amount of low), a black leather jacket that looks really freaking soft, the tightest leather pants he has ever seen, and studded combat boots. The guy’s long, unwashed hair and scruff really ties the ‘hot and homeless’ look together. Steve wishes he could pull something like that off.

Summary: Adjusting to civilian life is hard for any military veteran — especially for one ex-sniper with a cybernetic arm, a classic Harley, and friends who keep trying to ‘help.’ When Sam Wilson at the VA sends Sergeant Barnes to rent a room from the hottest guy in the DC area, Bucky thinks maybe civilian life is worth it after all. And then he finds out Captain Rogers is everything Bucky’s not: a real hero, a Medal of Honor recipient, and an all-around nice guy. Bucky doesn’t have a chance in hell with him.

Sam was a huge help to Steve Rogers when he left the military. In the spirit of ‘pay it forward,’ Steve decides to rent out his basement room to a vet in need. But when Sergeant Barnes shows up on his doorstep, he knows he’s in for a world of trouble. Barnes is exactly what Steve never knew he wanted, from his bedroom eyes to his wicked innuendos. And he’s Steve’s tenant.

A love story in twelve chapters, including two Harley-Davidsons, a guardian angel, multiple snipers, the only woman who can scare them into behaving themselves, spontaneous kittens, and one attacking sheep.

Summary: Clint was often the unseen Avenger, the last one to be noticed, the last one to be listed in an article or on the news, but he really didn’t mind. He was proud of what he did and as long as he was acknowledged for his achievements then in his eyes, everything was fine.

So when he was reading an article about the Avengers, it was understandable when he threw it away from him in disgust, like it had personally offended him, which by the way, it had.

Getting the Super-Secret Boyband Back Together (ao3) - arsenicarcher (Arsenic)
Rating: Explicit

Summary: Nobody splits up Natasha’s family. Not even the people in that family. Yeah, she’s having none of this.

Summary: Bucky watches the hot blond guy on his run every day. And he’s quite happy to watch from afar. He’s not pining. He’s NOT.

i was found and now i don’t roam these streets (ao3) - hipsterchrist
Rating: Mature

Summary: They’ve decided to start producing Bucky Bears again, now that he’s all shiny and redeemed and fighting for good on this big Avengers misfits team. “He has a little shiny gray arm,” Bucky says, wiggling the stuffed arm in question, one of the tweaks made in the new model. It takes Steve a second to realize that Bucky’s got a small smile on his face, actually looks a little bit proud around the eyes.

Or, Bucky relearns himself and how to be on a team, the rest of the Avengers try to get answers, and everyone watches too much Criminal Minds.

Just Me, You, and These Shitty Cigarettes (ao3) - dabblingwithwords
Rating: Explicit

Summary: Steve Rogers is pretty sure Natasha’s new roommate is trying to kill him. Which he wouldn’t mind considering he’s been helplessly in love with him since they were thirteen.

Summary: “Y’know, there are technically three of us,” Clint pointed out. “Shouldn’t it be Operation Star-Spangled Doubles?”

“Now you’re just nitpicking,” Tony said. He tacked a hasty (s) to the end of DOUBLE.

Or, in the Parlance of the Internet, a Most Useful and Modern Device, a List:

Summary: In which skinny!Steve–cosplaying, comic reading, anime loving, all around geek–is studying for his Masters in Art at Pratt university and happens to bump into Clint Barton, an old friend of his who’s now roommates with Bucky Barnes, the lead singer of a pretty kick ass punk rock cover band, the Winter Soldiers. Thing is, neither Steve nor Bucky are what they seem.

Steve is vivacious, outspoken, and what he lacks in size he most definitely makes up for in personality. He’s not really interested in finding anyone serious, but knows what it means to make a commitment work. Bucky, sporting tattoos and piercings and owns the fucking stage like it’s nobody’s business, is goofy and dorky, shy and bashful, with a habit of falling in love yet has a horrible fear of commitment; go figure.

So what does happens when vivacious geek meets shy punk rocker? The first answer is a lot of sex. The second answer…

Summary: Nick went over the papers on the clipboard and walked over to Steve. “It says that there was a bond bite found on his shoulder when they cleaned him up. Is it yours?”

sorry about the blood in your mouth (ao3) - annelesbonny
Rating: Not Rated

Summary: Adventures in babysitting. Or, Natasha says it isn’t babysitting, but Clint’s not convinced that they haven’t somehow adopted an amnesiac super assassin, but he’s going with it.

The one where Clint Barton believes in waffles and Bucky Barnes.

The Way to an Asshole’s Heart (ao3) - AvoidingAverage
Rating: Mature

Summary: There are three things Bucky Barnes knows are true: war is hell, sugar is sweet, and Steve Rogers is an asshole.

When Bucky Barnes returns from war broken, jaded, and missing an arm, he doesn’t expect to find a new home in the back of his very own food truck. He finds a kickass partner in Natasha Romanov that pairs nicely with her human disaster of a boyfriend, Clint Barton. Life is looking up.

Until he meets Steve Rogers.

OR, the Food Truck Hatemance that Nobody Asked For But I Definitely Wrote

Summary: It didn’t escape him that Steve shared his assumed last name. “Are you gonna be my cousin?” Bucky asked dully.

Bucky scowled and closed the door.

AKA
An AU in which Bucky is put in the witness protection program and Steve is the agent hired to protect him/pretend to be his husband.

To Be Vulnerable Is Needed Most Of All (ao3) - perfect_plan
Rating: Mature

you got hell to pay but you already sold your soul (ao3) - Tator
Rating: Teen And Up

Summary: “I, uh, I had a mate–a soulmate,” he muttered quietly, and suddenly the room fell silent. No one seemed to even take an inhale after his little confession. “It’s obviously been a long time since then. It was back before the- back then.” He felt a burning behind his fifth rib, and tried not to remember the loving feeling of fire that came with it. (He could still remember how to drown. But the burning from the ice was never quite the same.)

Natasha: You need to call me before you get dressed.

clint thinking about natasha & his past

Clint: She’s trying to tell mental health and wellbeing into us