I just saw you for the first time last week… I don’t know you, you don’t know me… I can not get you out of my mind… I think of you almost every night…

SAME SHYT DIFFERENT DAY the other one had better grittier coloring but this face is the muud. butterflies in the tummy but not in a great way. lets get manic baby. Klimt is needy but has trust issues and is tempted but scared! 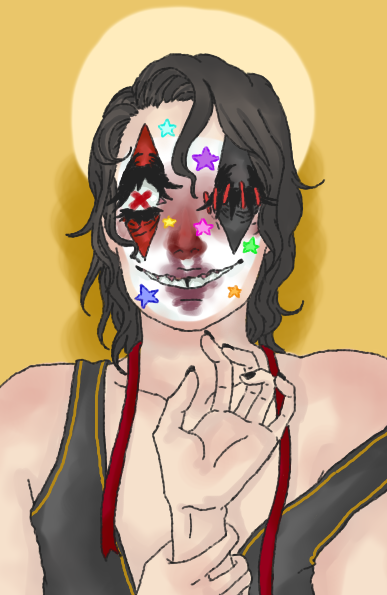 Some Gingerclown fanart by me! I’m not the best drawer, but I hope you still like it.

I made some clowns, does anyone want to adopt one?

The Australian muted jester-scare mix is quite fluffy and enjoys letting children ride on it’s back. It’s about the size of a three seater sofa and it’s favorite food is macrons. It’s name is Matcha.

The northern mime-part mix’s name is Popper and his temperament is a tad shy, but not aggressive. His teeth are needle like and small, his favorite food is cotton candy. He’s as tall a step stool and long wise he’s around six feet, seven including tail.

Our pure bred party clown is an older buddy to be sure, but just as kind. He likes and molasses, he can balance a stack of three balls on his nose while juggling up to 4 containers of molasses. He needs a lot of attention, or he’ll get self conscious.

You’ve all probably seen one of us at least once, but the American school system refuses to teach you about our culture. What you see of clowns today are mostly humans in the obscenely offensive ‘clownface’, and not real clowns. You see our imagery everywhere, in children’s books, on advertisements, but as much as this 'aesthetic’ is beloved, nobody knows who we are or how we’ve been oppressed throughout history.

So let’s start at the beginning of clownery. What most don’t realise is that clowns have been here for at least 400,000 years, much longer than humans. Early clowns lived peacefully, until humans arrived. Humans hunted the circus mammoths and short-faced bears- which we relied on for food and companionship- to extinction. These animals are the reason why you find so many clowns with elephants and brown bears, because that’s what humans take away from our ancient art.

When humans first started farming (a practice which they appropriated from clowns farming the now extinct 'Honking Nose’ plant), they began building permanent fortified settlements, and drove clowns to flee earth altogether. We lived on the moon, hidden from humanity until the late 16th century, when a clown named Arlecchino flew down to Earth. He changed humans’ perception of clowns forever, and brought them back into the spotlight. Arlecchino discovered that they had employed some aspects of the Ancient Clowns into their culture, in the form of jesters from all over the world. After him, more and more clowns traveled back to their ancestral homeland, but most of them censored their cultural dress to be more digestible to human idealism. That is, until Joseph Grimaldi and his family of clowns arrived. He was tired of being mocked for his heritage, and so he made his act all about embracing clownhood and mocking the humans known as 'Britishes’. He was wildly popular, and made humans more accepting of clown traditions. However, people continued to laugh at him being a clown rather than his jokes, and this drove him to a very dark place in his late life. His legacy is not forgotten.

My next long post will be about why humans are so scared of clowns.

I wish girls would be courageous enough to wear clown makeup… it’s a result of erasure of native clown culture. Keep on clowning on babes 😔🤡

i’m proud of you!!!!!! hell yeah you got this!!! and yes therapy is so nice i highly recommend!!! and noooo no one is joining jaehyun in timeout he is the only one that makes me mad enough hfgslkdh

no its okay!! i noticed it like a day ago but i didnt reblog the fic or anything sfjgkdjf so i just figured!!

HIII BABY THANK YOU!! i didnt think qc2 was gonna get that many notes so i am shocked and pleased :D and I AM TAKING CARE OF MYSELF!! ARE YOU? i miss you :(

Hey there, send me an ask and I’ll draw your clowns for some exposure. I also do commissions, but I’ll do some free sketches of clowns of pets because like 10/10 love that. 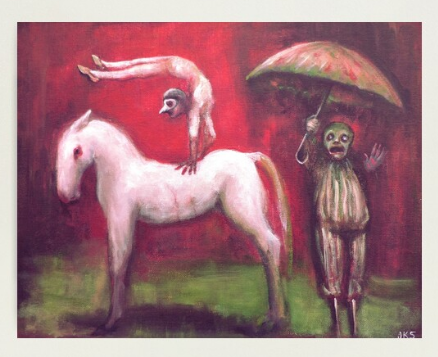 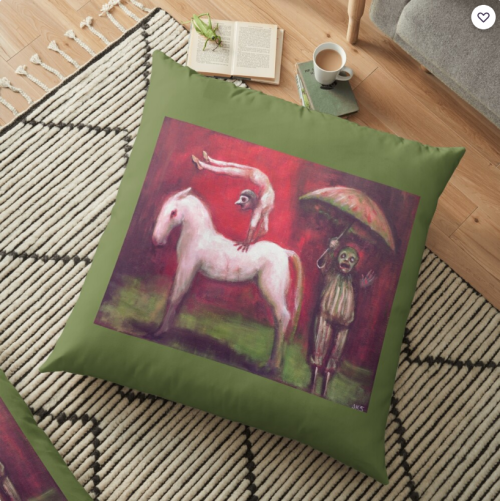 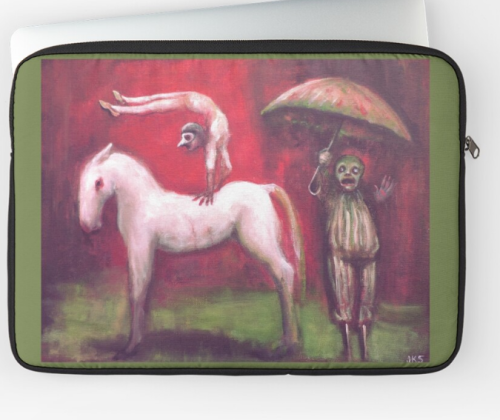 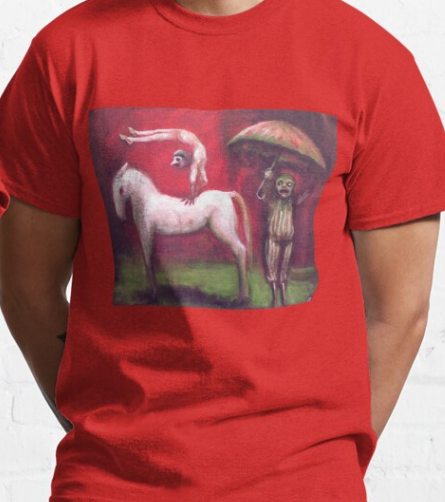