the gripe is not about making media ‘safe’ for anyone.. It’s about deliberately going for shock value just 'because’…

I’m not pissed just coz it’s a feminism issue (though the treatment and writing of women in this show is rife with misogyny) but also because it’s fucking insulting the way this was pushed together.

#Got, #Anti got, #Cluster fuck, #This is the year of cluster fucks
0 notes · See All
pragmaticamText

Brexit: Where We Are

Just in case anyone was unsure.

in today’s episode of the shame spiral that is my life: i can now only relax to ASMR videos

You know what she was thinking. 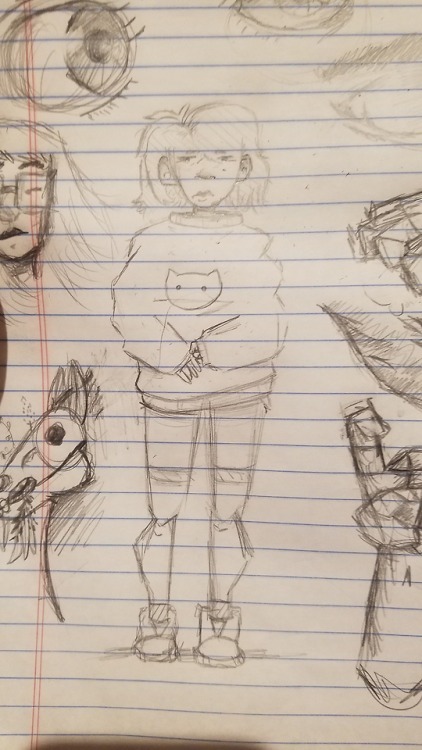 As part of our commitment to transparency, we want you to know that we uncovered and terminated 84 accounts linked to Internet Research Agency or IRA (a group closely tied to the the Russian government) posing as members of the Tumblr community.

The IRA engages in electronic disinformation and propaganda campaigns around the world using phony social media accounts. When we uncovered these accounts, we notified law enforcement, terminated the accounts, and deleted their original posts.

While investigating their activity on Tumblr, we discovered that you either followed one of these accounts linked to the IRA, or liked or reblogged one of their posts:

You aren’t in trouble, and don’t need to take any action if you don’t want to. We deleted the accounts but decided to leave up any reblog chains so that you can curate your own Tumblr to reflect your own personal views and perspectives.

Democracy requires transparency and an informed electorate and we take our disclosure responsibility very seriously. We’ll be aggressively watching for disinformation campaigns in the future, take the appropriate action, and make sure you know about it. 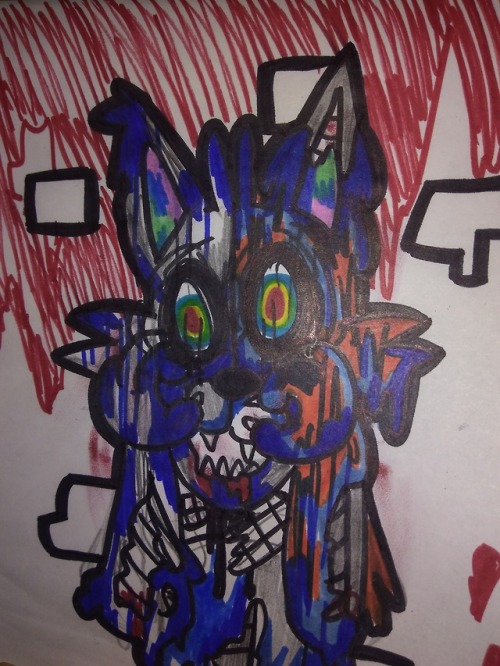 Hanging over your existence

It’s 11:30 at night and my parents are going at it. My mom had her knee surgery about a week ago and my dad has been off work for over a week. Whenever he’s off work for more than two days he becomes an irritable asshole. Well of course my mom was having trouble going upstairs and he starts flipping out.

Now he has my mom feeling like shit. This is a damn mess this late at night. I cannot believe it.

Hadn’t had any panic attacks these days. And this depresses me.

This show is a mess.

“You’ll never make it on broadway!”

If you think this is bad, wait till you read the description; ‘I have no idea what I drawed xD’

This blog is usually a cluster fuck of random things and it will stay that way but there will probably be a lot more fitness oriented posts coming up. If you guys don’t like that sorry and thanks for supporting me previously.

#fitness, #weight lifting, #cluster fuck, #my blog, #there will always be pupperz tho, #I always reblog pupperz
0 notes · See All
missy9004Photo 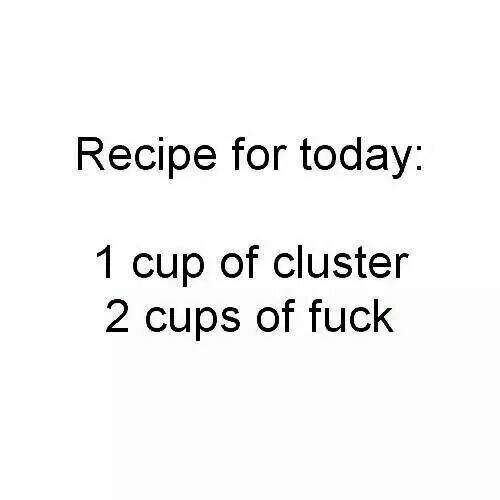 Sequels with ridiculously low expectations based on prior work:

New video about this roaring dumpster fire of a year (via https://www.youtube.com/watch?v=nm0IQE7J-B4)

Cass should never have tried to take the Angel Grace from Sam to track Gadreel. Why? Sam has two Angel Grace markers in his body. Lucifer and Gadreel. The spell probably didn’t work cause A. Lucifer was in the cage B. The spell couldn’t decipher who’s was who’s Grace.

#cluster fuck, #i need a life, #my blog, #funny, #relatable, #idek, #i want cheesecake, #did i spell that right, #who the fuck knows, #night, #send me asks, #i need friends, #tumblr, #tumblr funny
0 notes · See All
babys-interiorText

Is really internalizing the Dane Cook joke where he says a little ball of lint comment or event, can turn into a cluster fuck.
It begins with a small thing happening.
And then someone you care about says something. Maybe it wasn’t intended to hurt you or make you think, maybe they just said something that they thought was funny or tough love or that they had to push a point. Whatever. They didn’t mean to make you spiral.
But now, they’ve walked away. You can’t stop thinking about what they said, and what you said, how things would have gone differently if you said something else, how you want to go and say something else but have to keep it to yourself, how you’re stupid and a failure at everything and how you can’t believe you were even conceived. No one loves you, no one cares. You’re an absolute waste of space. And now you’re crying and you want to die but you have fear that even in death you won’t be good enough and even in death you will get no relief. So you are trapped. You feel like you can’t talk to anyone about how you feel worthless because they won’t understand, they won’t know what to say and you’ll just be bothering them and you can’t talk to a therapist because they might put you in the psych ward and if you’ve ever been there you don’t wanna go back. So you sit, feeling worthless, alone and trapped, over something that isn’t worth it.
And boom, you’re in a Cluster Fuck.