Robin,Batman and Gordon by Chris Samnee 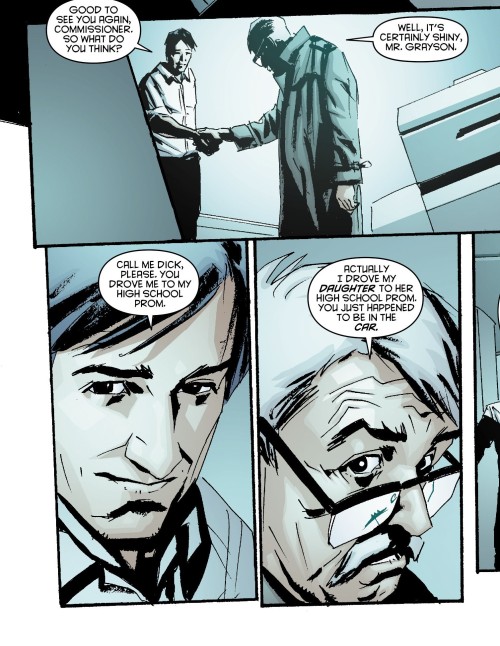 James Gordon: Barbara, you can’t spend the rest of your life in there

Barbara Gordon, in a box: I can once they put in my high-speed internet connection.

So the problem with The Killing Joke is not Joker targeting Barbara to torture Gordon. He’s a villain, a trolling villain, no less, so that’s what he does. The problem is the randomness of how extreme he suddenly became. Is this the first time he became psychological villain? I don’t know, but it’s a reinvention of what Joker’s been doing. A step darker.

Also the fact that Alan Moore intended this to be a one shot and DC decided to make it canon.

The bigger problem is behind the scene. The decision to take a retired Barbara who’s in a steady relationship, but not a superhero, therefore she has no value to DC. So you do whatever.

You notice that DC does this all the time with unused characters.

So I guess what I can change is the degree. Like in Arkham Knight, there’s no undressing and other sexist stuffs that comes from a male writer, just shooting and taking photos to torture Gordon, because the violence is enough.

I mean I can also do without anything and keep her retired then married Jason Bard, but people like Oracle so whatevs

Me:*listening to Holy Musical B@man and reading batboys x readers* this is good :)

Gobblepot & Nygmobblepot Gotham fanvid. Oswald is the main focus though (whether you prefer to look at it as ships or just character dynamics is up to you. I only ship one of these, after all.)
The song is Fighter by Christina Aguilera.