At this point im staying alive solely to pop a bottle when Amy Cuntie Barrett gets her ass punted off this mortal coil and straight down to the pits of hell.

This is a fucking SHAM!!!

Amy Coney Barrett’s nomination to the Supreme Court broke through one more hurdle ahead of her all-but-assured confirmation to replace the late Justice Ruth Bader Ginsburg as Democratic senators ramped up their criticism of the conservative judge.

The vote to end a filibuster on her nomination, which occurred around 1:30 p.m. Sunday, was 51-48. Two GOP senators — Susan Collins of Maine and Lisa Murkowski of Alaska — voted with Democrats to oppose Barrett’s nomination from advancing, although Murkowski plans to support the federal appeals court judge on the confirmation vote on Barrett’s merits.

If confirmed, Barrett will be the third Supreme Court pick from President Trump.

The final confirmation vote for Barrett is expected sometime Monday night, putting her in position for a first full day as a justice as early as Tuesday and as the court continues to hear election-related legal challenges ahead of Nov. 3.

But the ongoing covid-19 pandemic, which had intertwined at multiple points with Barrett’s nomination, intersected with her confirmation fight once again as several aides to Vice President Pence, including his top staffer, tested positive for the coronavirus.

Pence is the president of the Senate and is regularly summoned to the Capitol to preside over major votes for the administration, or if he needs to break a tie. A spokesman for the vice president’s office did not respond to inquiries Sunday as to whether Pence planned to attend the Monday night vote.

But at a campaign rally in Tallahassee, Fla., on Saturday evening, the vice president made his intention clear to be present for the confirmation vote for Barrett, who will not only be the administration’s third successful Supreme Court confirmation but also hails from Pence’s home state of Indiana.

“As vice president, I’m president of the Senate. And I’m gonna be in the chair because I wouldn’t miss that vote for the world,” Pence said Saturday night at the Florida rally. “And I’ll make you a prediction. Come this Monday night, Judge Amy Coney Barrett is going to be Justice Amy Coney Barrett. We’re gonna fill that seat.”

While Pence has had close contact with Marc Short — his chief of staff who tested positive for covid-19 — aides said the vice president will not quarantine and instead continue his pre-scheduled events since he is considered essential personnel.

Senate Majority Leader Mitch McConnell (R-Ky.), who has been highly critical of how the White House has not abided by public health guidelines on its property, on Sunday declined to answer multiple times whether he preferred Pence stay away from the Capitol for the confirmation vote.

But Senate Minority Leader Charles E. Schumer (D-N.Y.) warned his ranks to limit their time in the Senate chamber amid the news of the fresh outbreak on Pence’s staff, as well as some reports of infections in the offices of Republican senators.

Sen. Kelly Loeffler’s (R-Ga.) office said two of her aides have tested positive for covid-19, but that Loeffler herself had tested negative. Asked Sunday whether she had close contact with those aides — which, under Centers for Disease Control and Prevention guidelines, would require a 14-day quarantine for Loeffler — the senator said: “Not at all.”

Republican senators downplayed any potential risk that Pence’s physical presence may pose in the Capitol on Monday.

“Mike’s responsibility is to be here to preside over the Senate. I think the vice president will think he’ll do that safely,” said Sen. Mike Rounds (R-S.D.). “Most certainly, I think he’s a very responsible individual and I think he will do it according to the best practices as recommended by the physician.”

A vast majority of senators wear masks, have ordered most of their staff to work remotely and at least try to social distance in the Capitol.

Democrats have criticized the rush to confirm Barrett so close to the election after Republicans blocked the President Barack Obama’s Supreme Court nomination for months in 2016.

“The Republicans, as we all know, as the nation knows, are running the most partisan, most hypocritical, least legitimate process in the history of Supreme Court nominations,” Senate Minority Leader Charles E. Schumer (D-N.Y.) said Friday.

Democrats also have cast Barrett, a 48-year-old conservative jurist, as a threat to the Affordable Care Act, abortion rights and gay rights.

A series of overnight speeches from senators is also expected ahead of the confirmation vote.

And if until now you’ll keep asking the question
why I had to leave you,

that’s because I don’t want to change you

so I choose to change myself (and my mind)
even if I had been taking the pain indeed.

But I need to keep walking
because that’s also what you do.

so I can reach my own blissfulness wholeheartedly.

Bon Voyage, thank you for everything :’)

Leah, the 15 year old daughter of Princess Märtha Louise of Norway celebrated her confirmation in Aug 2020.

It’s an event which was a welcome bright spot in a troubled year when her Norwegian father, the author Ari Behn, took his own life on Christmas Day in 2019 (Märtha Louise‘s parents had divorced in 2017).

The Norwegian confirmation marks the transition from childhood to adulthood and is often one of the most important days in a Norwegians life.

In Norway a Christian confirmation was required by law between 1736 and up until 1912 in order to gain the rights of adulthood.

You could not enter the military service, get married, be a godparent or testify in court without a confirmation certificate.

And if you had not signed up for confirmation by the age of 19 years, you could be punished with prison.

It is now voluntary and takes place the  year teenagers turn 15-years-old.

The ritual, which is an official confirmation of baptismal grace, is conducted by a vicar who will say a prayer for the candidate and give their blessing.

Preparations starts at least a year in advance and include registering the confirmation with a church, the booking of a venue, deciding on catering and  buying a ‘bunad’ the Norwegian traditional costume.

The bunad is traditionally a gift for the confirmation and is usually worn at the event.

It can take between 1-2 years to make by professional bunad seamstresses. 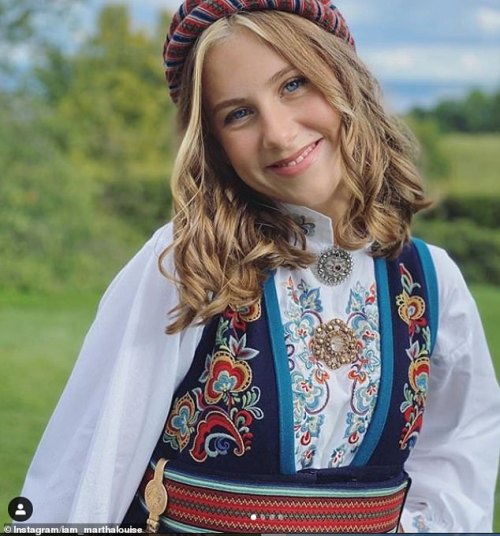 Brushing up on this jazz standard that I haven’t played in a while. People don’t realize the amount of practicing we as musicians need to be doing to keep up and improve. Our work ethic is above and beyond what most people wouldn’t imagine, but i wouldn’t change if for anything else 😊