💌 Advice on how to deal with the feeling of regret

From being kind to those who devalue your kindness,

From confiding in those whom you thought could be trusted,

From sharing secrets with “friends” who spread them for gossip,

And from trying to reach out just to get rejected:

Rely on Allah, and with His Love stay contented.

So long as Allah loves you, His slaves aren’t needed,

Specially if those who left happen to be toxic -

Your good traits they ignore, of your blessings they’re jealous,

Convos with them lack purpose, and they’re unsupportive.

No need for bystanders’ support to feel accomplished.

No begging for people’s kudos to feel completed.

While you keep moving forward to Allah and success.

Don’t you dare connect with those whose care brings no merit.

You’re not prideful. You truly tried your best to invest

In saving the friendship, but they chose to disconnect.

Their gossipy online posts made you lose interest,

Their love for playing hard to get inspired you to dread

Seeing them, and detest how their ways are too childish.

Respect and trust must be mutual to protect friendships,

Know Allah willed it, and life won’t improve by regret.

📖 Abu Huraira RadhiAllahu ‘anhu narrated: Allah’s noble Messenger Muhammad SallAllahu 'alaihi wa sallam said, “The strong believer is more beloved to Allah than the weak believer, but there is goodness in both of them. Be eager for what benefits you, seek help from Allah, and do not be frustrated. If something befalls you, then do not say: 'If only I had done something else.’ Rather say: "Allah has decreed what He wills.” Verily, the phrase ‘if only’ opens the way for the work of shaytan.”

📖 Abu Huraira RadhiAllahu 'anhu narrated: Allah’s noble Messenger Muhammad SallAllahu 'alaihi wa sallam said, “The souls are like conscripted soldiers. They come together upon what they recognize, and they differ upon what they reject.”

Grade: Hasan (Fair) according to Al-Suyuti

Do I wanna be a sugar baby?

We must talk to the world,
and the world must talk to us.
Though “commune” is more to the point
than “talk,”
for with “commune,”
the emphasis is on listening
and not on what is to be said.

How do we position ourselves–
intentionally/deliberately–
to commune with the world?

Sit quietly.
Tune in.
Wait for the shift to happen.
The shift in perspective
that lends itself
to seeing/hearing/understanding/
comprehending
what is being said to us
in the silence,
and what is being called for
within the circumstances of our life.

Meditation
is a way of opening ourselves
to the world,
not of shutting ourselves off
from the world.
Contemplation and reflection
are required for realization
and discernment.

If our life were a book
what would the title be?

What movie or myth
best represents our life?

What song or poem
best expresses how it is
to be who we are?

It helps to be fluent in metaphor,
and to be able to grasp
what the symbols are referencing
in order to turn the world
and the events of the day
into a mirror reflecting
the inner depths of ourselves.

We see ourselves looking at us–
for us–
when we take the time to listen
to what is going on.

We have to know how to read the signs,
to interpret our nighttime dreams
(They all are saying:
“This is how it is with you right now!”
How is it with us right now?)

We have to relate ourselves properly–
appropriately and authentically–
to the environment in which we are living
day-to-day.

Religion that does not connect us
to the here-and-now
is worse than worthless.
Religion that talks to us of the then and there,
or of the not yet but one day,
separates us from the only time that matters:
the present moment of our knowing,
or knowing-not,
what is called for
and what is to be done about it.

This is what our communion with the world
will do for us,
open us to the time and place of our living
and provide us with the awareness
and the wherewithal
to trust ourselves to the impulse of our nature
in responding to the need of the moment,
moment-by-moment
all our life long.

And that is all that is ever needed
in any time and place.

Are you dreaming to live? Or living your dream? 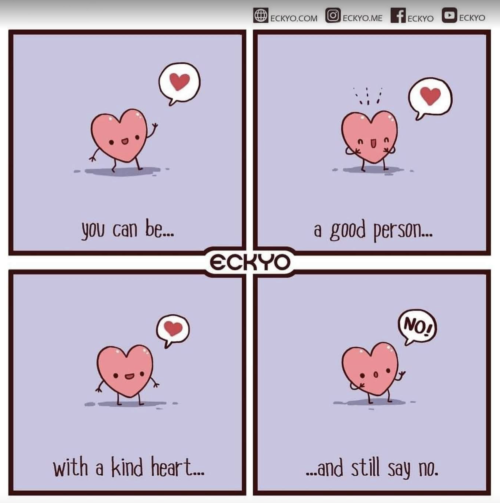 I cannot sleep because I am thinking too much

And of all the masks we share, there is one that, with pride, I call my own
Where The only distinction between abstract and reality is the depths of
our imagination

Enter the deepest realms of my mind, and be lost. Even I cannot find my way
out

We mustn’t forget to take a moment to be ourselves, in times where we are
pushed to be
someone else

We wait, And a light will come, and we will stare and hope that this is our
salvation

In this mask, Eyes reflect the soul, and my are blue as ice
They glisten and encapsulate
Those who can’t learn to hide will never survive

Is it all even worth it?

💌 To those who project their wicked traits onto others,

Who act like they read minds, see hearts and unseen matters,

Who accuse people of “riyaa” when they’re the braggers,

And who claim we tell lies whilst they’re the frequent liars:

Do you get paid to be fault-finders and accusers?

Is that your hobby or habit to search for errors

In others to conceal your guilt of those same matters?

How you interpret a Muslim’s actions uncovers

Naturally you’d spot things that seem, to you, familiar.

So if you instantly assume someone’s a “boaster”

Perhaps you’re the one who’s eager for more likes and shares,

Who sometimes utters words that are untrue or unclear?

Traits you notice in others may be things you hold dear.

The similitude of those who like to point fingers

And blame others is that of a shameful shoplifter,

Who steals what he wants then accuses other shoppers

Of the very same thing he does before departure.

Such awful tactic befits the weak and insecure.

A closeted gay would accuse you of being “queer”,

Those who’ve stolen before may theorize you’re the “thief”,

And one with pride may guess you’re “arrogant” or “snobby”.

📖 Abu Huraira RadhiAllahu ‘anhu narrated: Allah’s noble Messenger Muhammad SallAllahu 'alaihi wa sallam said, “The believer is a mirror to his faithful brother. He protects him against loss and defends him behind his back.”

Abu Huraira RadhiAllahu 'anhu said, 'The believer is a mirror to his brother. If he sees something wrong in him, he should correct it.’

In another narration, the Prophet Muhammad SallAllahu 'alaihi wa sallam said, “Who will be just if not Allah and His Messenger?”

📖 Abu Dharr RadhiAllahu 'anhu narrated: Allah’s noble Messenger Muhammad SallAllahu 'alaihi wa sallam said, “A man does not accuse another man of wickedness or disbelief except that it will be turned against him, if his companion is innocent.”

Grade: Sahih (Authentic) according to Al-Bukhari

aye shouto……. is your mom looking for a girlfriend because 👀👀👀👀👀👀

Wearing a cardigan and drinking a coffee is such a mood

would y’all kill me if i changed my name

Finishing the head in the stars is the most beautiful thing to do. Contemplating the stars allows you to empty your mind and enjoy the present moment 🌌