(a really adorable one)

#thorndykechristopher, #conversation
1 notes · See All
lynne-monstrText
@laughingmagnus replied to your post “oops I poured myself a glass of wine that was way too big and I guess…”

the horror! the struggle! i wish you the best of luck in this difficult circumstance.

thank u serendi i am trying my best 🍷

i know, such a pity right

Hst gets asked about it in an interview. “Vice captain Huang, do you know who your captain was out with last week?” And he’s been told very firmly by management (and also late at night by ywz which was a lot more effective ngl) to *NOT* tell people it was him and he just sits on the sofa and shakes his head, internally dying because ywz is his boyfriend gdi!!! It’s okay, ywz makes it up to him by rewarding him for keeping his mouth shut later.

huang shaotian, being the model vice-captain that he is, gives a very clear statement that: no, he does not know who the very attractive man seen with his captain was. and no, he wasn’t aware the captain even had a very attractive boyfriend who looks so dashing in glasses, but as a close friend of the captain’s, he wishes them both nothing but good fortune together. and for the record, he will no longer be answering questions about the good-looking mystery man who he knows absolutely nothing about so we can please talk about glory now. did you see his last match, did you see troubling rain, wasn’t he great??

the interview only fuels the fire of speculation. rumor starts circulating of a love triangle. both blue rain’s captain and vice-captain have feelings for this mystery man. will the tumultuous love triangle break up the legendary blue rain dual core or can their partnership weather the storm of both star players fighting each other for love?

later, huang shaotian presents himself at yu wenzhou’s room for his reward. strictly speaking, yu wenzhou can’t  punish him because he technically followed instructions to the letter.

that doesn’t mean yu wenzhou can’t drag the evening out until huang shaotian is a begging, shuddering mess on the bed.

I KNOW RIGHT!! he’s precious. how is it legal to be so adorable!

Cheers to all the alcoholic confessions and boozed-up conversations.

#alcohol, #greek posts, #greek tumblr, #greek quotes, #quote, #quotation, #quotes, #alcoholic, #conversations, #conversaciones, #conversation, #mine
2 notes · See All
thatisnotketchupChat
Friend: "Do you ever have those really out of nowhere and usually morbid thoughts? Like right now I'm wondering, 'what if I stabbed you?'."
Me: "Well I can tell you right off the bat that I wouldn't be very happy."
#conversation, #conversation with friends, #why are you looking at the tags these are useless, #stab, #random thoughts, #morbid thoughts, #not happy, #definitly not just putting a bunch of tags so that more people can see and appreciate my post, #did I spell appreciate right?, #right off the bat, #what if, #me
2 notes · See All
slytherinthoughts7Text

Her: Have you never thought that you might have bisexual tendencies so girls would approach you hahaha

Me: I don’t know. HAHAHAHA

The system we use at work has been down all day.

I’m doing some learning using an online resource which I need to do a certain amount of time on every year - no better time to do it really!

Anyone fancy a chat or anything whilst I’m doing this?

I enjoy the learning and making notes, but I cannot concentrate on one thing too hard for too long so need frequent little breaks :)

Message me or pop me an ask!

Soul! or SOUL! was a pioneering performance/variety television program in the late 1960s and early 1970s produced by New York City NET and PBS outlet, WNDT, which later became WNET during its run. It showcased African American music, dance and literature.

Nikki Giovanni is an American poet, writer, commentator, activist, and educator. One of the world’s most well-known African-American poets, her work includes poetry anthologies, poetry recordings, and nonfiction essays, and covers topics ranging from race and social issues to children’s literature.

Giovanni gained initial fame in the late 1960s as one of the foremost authors of the Black Arts Movement. Influenced by the Civil Rights Movement and Black Power Movement of the period, her early work provides a strong, militant African-American perspective, leading one writer to dub her the “Poet of the Black Revolution”.

Themes of masculinity, sexuality, race, and class intertwine to create complex narratives that run parallel with some of the major political movements towards social change in mid-twentieth century America, such as the Civil Rights Movement and the Gay Liberation Movement.

I’m tired of men always bringing conversations back to sex.

Show me that you are a real person deserving of my attention. And you’ll receive it.

you ever have a conversation with someone through social media and youre like damn if this was in person, I would’ve stopped talking to you like six topics ago

#conversation, #talking, #social media, #stopped, #no offense but, #im not interested, #ive said, #some variant, #of the phrase, #that's cool, #at least sixteen times, #i don't really care, #about your card collection, #i just cant, #ignore you, #that's mean, #and i have anxiety
1 notes · See All
okayalsoText

Choose our best way to do our parts.

Repost from @hereismaddy on IG

#talking, #conversation, #pets, #turkey, #turkeys, #pet turkey, #not real, #fake, #i only found out, #bc I suggested he put them in pants, #and he said they didn't have legs, #and I asked how they walk without legs, #and he says they dont, #then goes, #ooooooo, #wait, #i forgot, #to tell you, #theyre all fake, #I was like, #wow thanks, #important detail there
0 notes · See All
wizard-exeText

inesanity replied to your post: Soda crimes are eternal. If you disrespect soda,…

sorry do you mean pop

I think it’s funny how people I know and complete strangers who are both white and racist think they can tell me their racist bullshit spews just because I am also white. Yes, I am. But the big issue is that we have a HUGE difference in opinion about the treatment of people of color. An incident happened to me earlier today where I got into a heated conversation with a very racist, ignorant middle aged man who lives nearby.

He tried to tell me how inferior African Americans are to us and they’re all either taking drugs, stealing, or popping babies out and they’re a disgrace to American culture. So I said, “Our culture? Let me give you a brief history lesson. You mean the one that has been defined by many cultures coming together and creating something special later on in life? Our country was discovered by a man who believed he found his destination but when that proved to be untrue, he slaughtered millions upon millions of the native population just because he could. And then when that wasn’t enough, once enough of them were dead due to either being killed by a person or disease, he decided to set up shop here permanently. He kicked people out of their land, forced religious beliefs on them, and began what is present day America, which was again, created off the backs of another race pulled from their native country unbeknownst to them to become slaves where they would have no rights or privileges and treated as the scum of the earth until the civil rights movement of the 1960s. Ever since George Washington’s day and the writing of the constitution, white people thought they were the cream of the crop and deserved to be at the top of everything just because of our skin color. White culture has grown into this nasty habit of belittling, degrading, and slandering any African American who tries/tried to disagree or show any kind of unhappiness with their situation. African Americans are consistently racially profiled by police, wrongfully convicted, discriminated against, and killed just because of the color of their skin. They show up more on the news for bad things than for the good a lot of them are doing. White culture should be ashamed. We villainize African Americans when that couldn’t be further from what they are. They fight for our country’s freedom, they are doctors, teachers, firemen/women, policemen/women, shit I could go on and on. I am proud to be a white ally for the better treatment of this beautiful race. There’s nothing wrong with being black and it’s people like you who make a mockery out of the progression we’re trying to make. Every voice deserves to be heard. No exceptions. Love knows no color and if that makes me a bleeding heart liberal because I want what’s best for everyone than so be it.”

Needless to say, the conversation ended after that. I will not sit and listen to anyone who thinks they can tell me anything racist just because they think “I’ll understand because I’m white.” 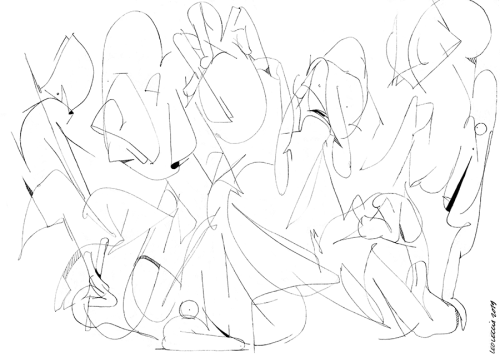 I’ve seen a lot of people calling for police reform, specifically in the United States. A popular opinion I’ve seen circulating is the defunding of the police force. Since it appears that many people agree either defunding or a complete overhaul of the system, I’m curious to what policies people would like to see come to fruition. I think that people should be taking these conversations past the surface level and transition into something more specific and practical.

Slytherin: I think you owe me an apology.

Gryffindor: I’ll apologize to you in hell!

Gryffindor: I actually don’t know what this is about. Sorry I took such a hard stance.