They are twins (like Luke and Leia) from ship Opeli x Corvus.

Their names are Lucas and Lija.

“you fell asleep on me on the train and I kinda dig it”. Prompt from one-heck-of-a-guy-amiright

Opeli never liked taking public transportation. It was cramped and she might as well leave her personal space bubble at home. And she always seemed to land a middle seat. Just peachy.

She got lost in her thoughts and in the midst of the background noise, almost didn’t notice the new passenger plopping down on her left. She felt the urge to silently groan about losing another foot and a half of space until she got a good look at them. A flash of surprise overtook her for a second.

Opeli vaguely knew him for being one of Amaya’s freelancers. It could easily be said that he didn’t seem to be up for conversation. He seemed so drained and exhausted, barely keeping his eyes open while his head slowly drooped downwards. He slumped into his seat, muttered something about Katolis terminal, and dozed off.

Better not disturb him, Opeli thought.

She went back to idly watching the other passengers around her. The train continued to jerk and stagger around the tracks as it usually did.

The train car abruptly swerved, and Corvus’ head landed on her shoulder. She froze.

He was murmuring something indecipherable while further settling his head on her shoulder and neck. The want to shove him off was obviously there, though some voice in the back of her mind advised against it. Her heartbeat was audible in her ears and she was aware of the sudden warmth of her cheeks.

For the rest of the ride, Corvus was sound asleep. He clearly needed it. Not like she was complaining. She took the time to notice his idiosyncrasies, like how he smiled while muttering about baking jelly tarts for the governor’s son, Ezran. It was one of the first times she saw somebody truly at ease, and found it to be kind of cute. When the conductor announced over the intercom that the next stop is Grand Katolis Terminal, she began to pack up her bag and reluctantly shook Corvus awake.

“Is Katolis Terminal your stop?” she asked.

“Huh? Oh yeah, thank you.” His half-awake expression quickly shifted when he realized what he did.

“Shit, did I fall asleep on you?” he sheepishly questioned.

She nodded and couldn’t control the grin on her face when a characteristic red blossomed over his face out of embarrassment.

“I’m sorry about that,” he quickly apologized.

They both stood together as the train pulled into the terminal. Out of the corner of her eye, she noticed Corvus scribbling on a slip of paper. She didn’t think much of it until he tried to stuff the snippet in her hand. She sharply turned her head to look at him.

“What’s this for?” she sharply whispered.

Out of sympathy, she obliged. She unfolded the crinkled piece of paper and read the messy scribble on it.

Can I have your number?

She switched from annoyance to surprise and just as quickly fished a pen out from her bag. Corvus hopefully watched as she swiftly wrote the numbers on the scrap. As the doors opened and the flood of people came in, she handed it back. The two stepped out of the train and just as they were about to part ways, Opeli swears she saw him mouth “Thank you” as he disappeared into the crowd.

Am I the only person who ships Corvus and Opeli?

Don’t tell me these two beautiful, amazing people wouldn’t be perfect together.

What a power move

Corvus and Opeli activating their parents modes to protect their son, King Ezran. 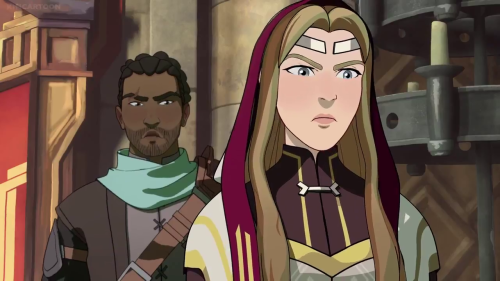 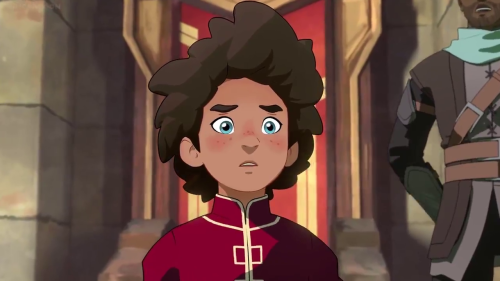 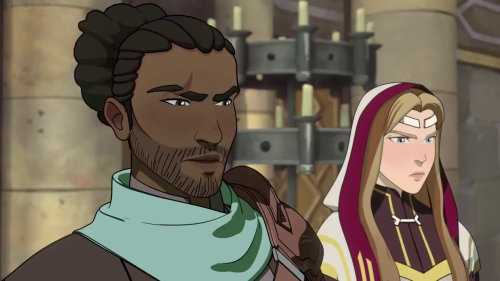 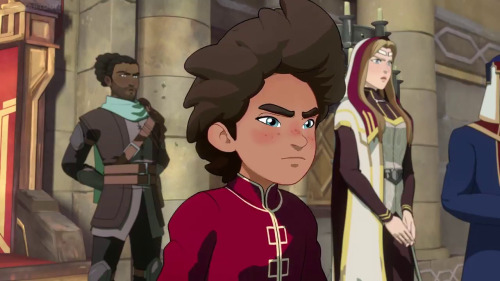 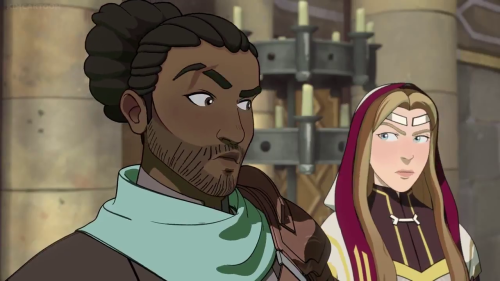 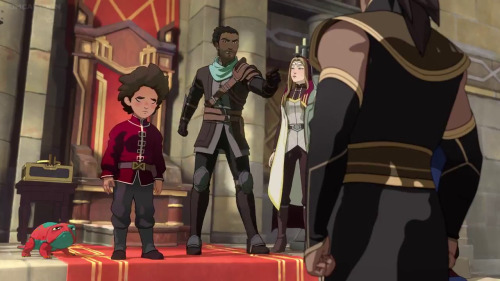