There’s a raging sea inside of me. I’m afraid I’ll capsize before I see clear skies again.

Take me under until I can’t breathe anymore.

I miss our nonsensical texts…

#i miss you, #sort of, #crappy
0 notes · See All
beyourselfbestText

Loneliness and solitude, both similar but really far apart. Most of the time I like being alone, shit, I even crave for it. Loneliness, I forgot what’s that is but I still remember why I did feel it, it feels like a heavy power is pushing out of yourself, you don’t understand why, nor how. Hopeless, fear anxiety and a fuck ton of crappy feelings evolve inside of you. Nobody should feel that kind of loneliness.

I kinda wanna blast YOU NEED TO CALM DOWN to all these panic purchasers stockpiling toilet paper… it’s gonna be a crappy couple of weeks! 🧻 💩 🧻 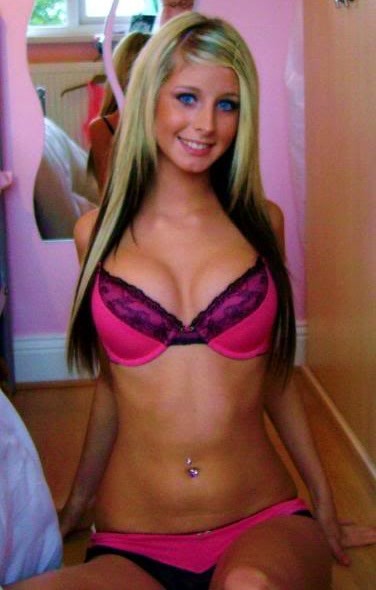 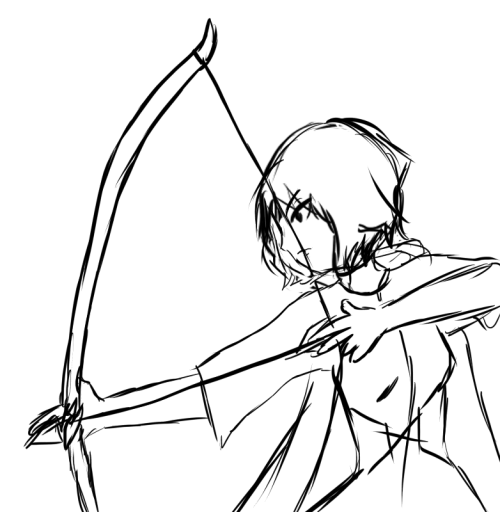 Are you worried about not being worried, looking at situations that used to freak you out and realizing you are not bothered? Glad you noticed, but move on. It’s great. There’s nothing wrong with you. You made progress.

Are you bummed out because people can be so crappy and it seems like consequences don’t exist for them? The whole situation is demoralizing, but being a sad, stuck lump of ooze will not remedy anything. Turn your words, thoughts and emotions into focused action.

Are you feeling like you hit a plateau and are no longer moving forward (with weight loss, starting your business, writing a book, pushing the toxic out of your life)? Evaluate and reset. When you first start moving, momentum carries you forward. You have reached the stage where your hard work on the initial push paid off and now you need a new strategy to keep going and climb over the wall.

Are you bone tired all the time? After you rule out the medical, look to your routines. Make sure you are really and truly taking care of you, mind, body and spirit, which looks different for each person. One size fits all does not apply.

Practice, but turned out to be really crappy and made me realize my limits 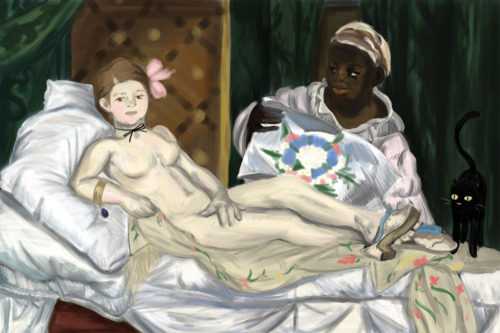 #her clothes are irredescent, #which is why the disney, #princess birds are humming birds, #hummingbirds, #yennifer, #yennifer of vengerberg, #the witcher, #witcher, #tv show, #netflix, #video game, #witcher 3, #witch, #buttercup field, #hummingbird, #my animu shit, #my crappy art, #my art, #jaskier is in that field, #im not sure they know theyre so close tho, #yennifer sleeps umtil like three pm, #my canon
0 notes · See All
lynxgriffinAnswer
Kris isn't anti-social, they're social distancing.

Hey, at least Kris and Susie have both gotten that important part down! 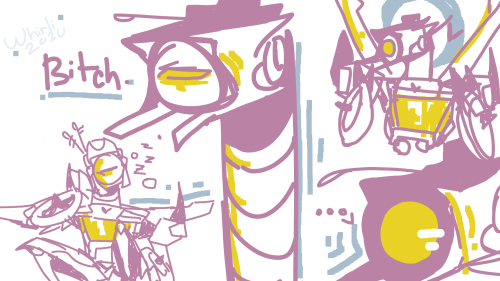 they kinda suck cause I don’t feel like putting energy into this right now. anyway, thanks a lot to @demolition-platonic-buddies​ for the pictures used as references.

#frank iero, #my chem romance, #my chemical frank, #kinda crappy fanart, #yeah
1 notes · See All
mrsduckyAnswer
Watching Onward for the fourth time in a row, I realized something: Ian lost his father's staff, but made a new one from the splinter, right? HE STILL HAS THAT STAFF AFTER THE BATTLE. The son's staff was grown from the father's.

I KNOW RIGHT??? And he uses it to teach others about magic, just like Wilden wished. I love that so much ;w;

It reminds me of his “New Ian” list from earlier in the movie. He really did get to be more like Wilden :’)))) 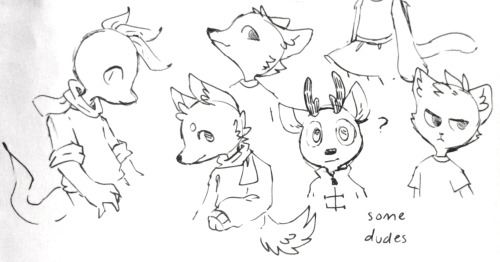 “No no no,” Crowley said, slamming his empty wine glass on the coffee table to emphasise his point. Or at least he attempted to slam his glass. They’d had an absurd amount of champagne over their celebratory lunch at the Ritz, and had then retired to the bookshop in order to begin diligently working their way through Aziraphale’s wine collection. His dramatic slam was more of a clumsy fumble that nearly sent the glass flying towards the floor.

“I’ve already told you this.”

Aziraphale narrowed his eyes at him from the other end of the sofa. He wobbled a bit before slumping into the leather. “Have you?”

Crowley made a garbled sound in the back of his throat. “Yes!” he said, gesturing wildly. “Sitting in this very spot! Eleven years ago!”

“I see. And, erm, what exactly was it you’d already told me?”

“Dolphins are not fish, Aziraphale.”

Aziraphale blinked very slowly. “Of course they are. They live in the sea, don’t they?”

“That's… Do you think everything that lives in the sea is a fish?”

“Well obviously! Fish in the sea, birds in the sky. Those… what d'you call them. Big horrible things with hooves.”

“Horses. Walk around on the ground. This is all very basic, Crowley.”

Crowley tried to look annoyed, but the entire endeavour was made difficult by the fact that Aziraphale’s cheeks had turned a rather charming shade of pink from the alcohol.

“Plenty of… not-fish live in the sea. Turtles. Penguins. Snakes.”

Aziraphale’s eyes became very round. Crowley decided he looked like a drunken owl. It was stupidly adorable. “Snakes live in the sea?”

“Some of them do. Sea snakes.”

“Now you’re just trying to trick me,” he said with a petulant frown. “Sea snakes, really. What kind of soft-headed fool do you take me for?”

With an exasperated sigh, Crowley pulled out his phone and punched ‘banded sea krait’ into YouTube.

“Here, look.” He passed the phone to Aziraphale, who watched in rapt silence as a video of a black and white snake undulating along a coral reef played on the screen.

“Oh, what a handsome creature,” he said, a touch too breathless.

“If you go in for stripes, I suppose,” Crowley muttered, snatching the phone back testily. He scrubbed his hand over his face to compose himself. “But there you go, snakes in the sea. And snakes aren’t fish. D'you think I’m a fish?”

To Crowley’s complete and utter shock, Aziraphale started giggling. “I don’t know, you might be.” And then he started laughing harder. “Especially when you sit there with your mouth hanging open like that.”

Crowley rolled his eyes. “For someone’s sake, you’re lucky I love you so much.”

Aziraphale’s laughter choked off abruptly. He sat very still and stared at Crowley, blue eyes glittering in the dim light of the desk lamp that sat next to the sofa.

Crowley very suddenly wished he could slither off into the ocean.

A very lovely and very silly smile spread across Aziraphale’s face. “You love me.” It was almost teasing.

Before Crowley could say anything, Aziraphale leaned into him and pressed their lips together in a very sloppy kiss. Crowley made a small noise of surprise before his brain finally caught up and decided to reciprocate. It was graceless and wonderful and over far too soon.

Aziraphale pulled back, face distinctly pinker than before, and Crowley’s heart did a small backflip.

“Erm, now might be a good time to tell you I love you too.”

“Yes I think I got the gist of that, angel.”

Aziraphale slumped forward into Crowley’s chest and wrapped his arms around his waist. “Despite your outlandish views on animal classification.”

Crowley hugged him closer and dug his nose into soft blonde curls. “You know, on second thought, I’d like to rescind my earlier confession."

“Shut up,” he said, barely able to contain his enormous grin and finding he was no longer all that fussed over the finer points of marine biology.

#my fics, #good omens, #good omens fanfiction, #ineffable husbands, #azcrow, #in which the author is a long suffering marine biologist, #i dunno i have had a crappy few days i needed to get this out of my system, #ficlet
95 notes · See All
emeraldotterPhoto 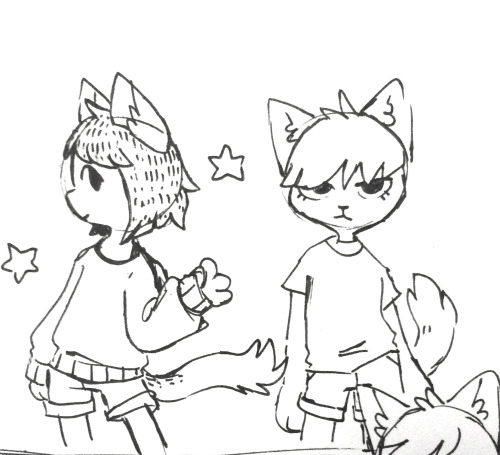 oh also yesterday i started learning to play giornos theme on the piano. i can now play the intro and chorus from memory but uh. since i cant play the piano im no where near the original speed

#the chords in this song are like notes that are SO FAR APART, #i have crappy short fingers ;___;, #but anyway i think im gonna just train the intro and chorus today, #so that i can play them a bit faster before memorizing new stuff, #im so excited to be able to play the whole song tho!!!!, #i wish i could play an instrument :/ but no i have to spend so much time, #just trying to read the sheet music :(, #ofc i know what the notes are it just takes a Lot to figure out where they are physically
1 notes · See All
eternal-infamyPhoto

Tried to make an (older) adult version of Mel again…yay or nay…? 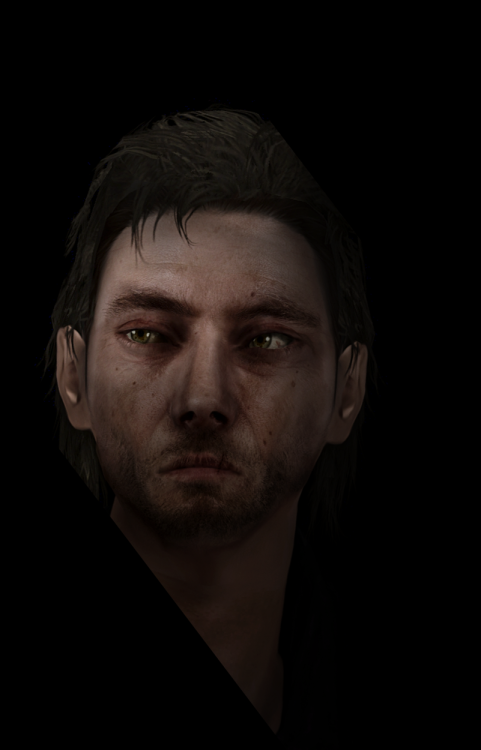 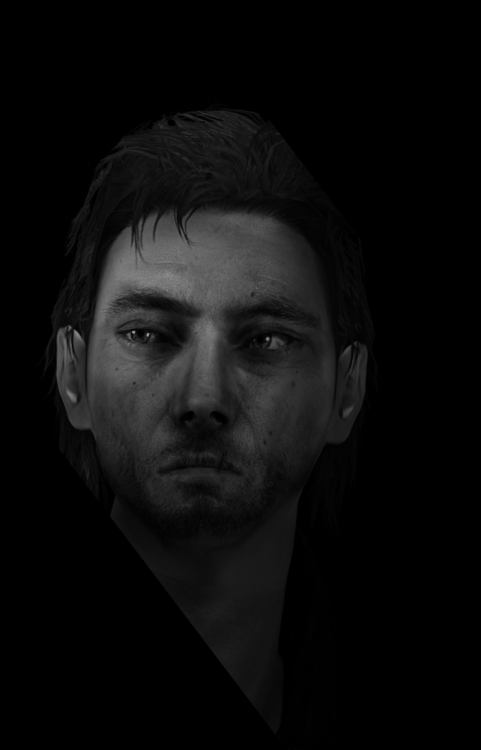