Two men stood on the edge of a jungle clearing: one was life, the other was death.  Invisible to the eyes of most mortals, they watched the flames of a funeral pyre climb high into the sky and vanish into the night.  Their journey had begun with a pyre, and now, their journey had ended with one.

Anakin (because he was Anakin now) glanced over at his companion.  As the flames flickered against his faintly glowing form, the aged wrinkles on Obi-Wan’s face melted away, and coppery red swept over his hair. Slowly, the fire revealed the man that Anakin had known and loved for most of his life.

Obi-Wan turned and met his gaze evenly, and an unrelenting shame filled Anakin, making his stomach churn and his chest tighten.  He wanted to flinch away, to fade away into nothingness, just so he wouldn’t have to face this open wound.

“It’s a beautiful night,” Obi-Wan murmured.  His pale eyes were firm but kind – Anakin felt consumed by them, like the other man could see into his very soul.

“Yes,” he responded hesitantly, looking away.  “They deserve to enjoy it.”

Wind swept through the jungle, and the sounds of the rebels’ celebration travelled with it.  With relief and pride shared between them, Anakin and Obi-Wan watched Luke let go of his past and reunite with his friends in the land of the living.

“They do,” Obi-Wan said.  “It has been a long war.  It will be an even longer recovery.  But they will find their peace.”

He glanced meaningfully at Anakin, and Anakin flinched.

“What do you want, Anakin?”

Obi-Wan’s soft interruption stopped Anakin in his tracks.  He…he hadn’t been asked what he wanted in a long time.  He had been told what to do, how to think, who to kill, but nobody (especially not Sidious) had asked him what he wanted.

Only Obi-Wan and Padmé had ever been so kind.

“I…I don’t know,” Anakin whispered, tears welling up in his eyes.  He looked up at the night sky to prevent them from falling.  The stars glimmered above him, as they had on Tatooine thirty years ago – the constellations were different, but the light was the same.

Anakin felt a soft, familiar hand cup his cheek, and he leaned into the touch desperately.  Since Mustafar – since the Fall – only Luke had gotten close enough to touch him.  The contact made him feel lightheaded with joy and relief.

“Yes you do,” Obi-Wan murmured, gently tipping Anakin’s face up to meet his. Anakin’s breath hitched at the encouraging gaze he saw there.

“That is not for you to decide,” Obi-Wan corrected kindly.  With a smile, he slowly embraced his partner.  “The Force has forgiven you, Anakin.  I have forgiven you.  It’s time for you to forgive yourself.”

Two men stood in a clearing.  Encircled in the Light and in the warmth of Obi-Wan’s arms, Anakin finally let go of his fears and wept.

Hope you guys liked this! Check out the AO3 link for more comments/notes, and please leave a comment, reblog, and like! <3

Kyle’s in denial about his feelings… little does he know, one day he’ll marry the very man this is about. <3

A new thing I might start doing with random characters… Idk what it is… but this was so cute and fun!

I know there are SO MANY more people that love Kyle but the list is so long I can never remember them all xD if you guys love Kyle, feel free to tell me and I’ll add you to the list of Kyle posts to tag you in the future. <3

ALSO I completely forgot about this gem! I was handwriting a part of @markofthemoros‘s novel and this happened. WELP! 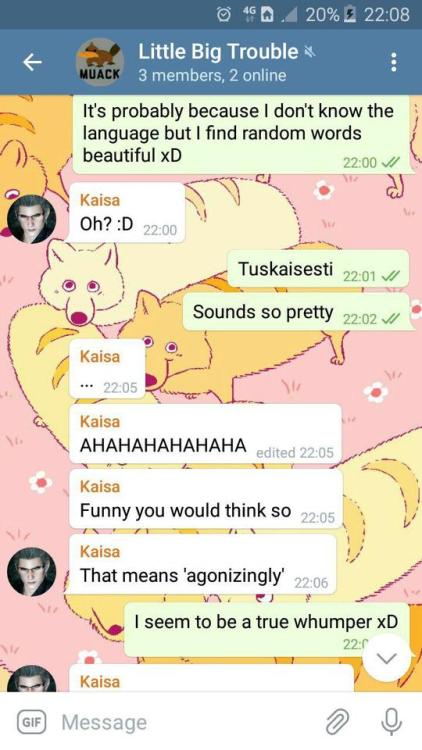 When you’re playing text-rp with your friend and both your OCs, expanding the universe and characters more and more and just finished what you started calling ‘Episode Three’
Ain’t that right, @markofthemoros​

thought that this needed to be said :) 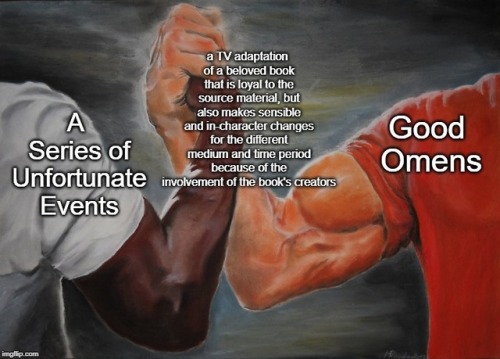 Made this edit because i was bored and i’m so proud of my bisexual boy!!!!

I’m doing Billy Russo research for Reasons, and it strikes me that my childhood urge and love of acting is still kicking.

I really have no skill in physical acting - I’m far too self-conscious of my physical self and have a hard time letting that go - but the emotional acting needed to get into a character’s head? I live for that shit. And maybe I’m not great at expressing the words yet (I keep practicing and writing and practicing more and bit by bit I get better), but that love of experiencing different lives and world views is still here.

The moment you decide your going to learn to draw possums and raccoons and dumpsters for a webcomic or zine based on a stupid joke you made to your husband about quitting life, getting a possum costume, and living in the dumpster behind a gas station.

Hi tumblr, I need some advice.

I want to take part in some kind of activity where you get assigned to a (more or less) random stranger to whom you should wirte letters, approx. one per week for a duration of about 6 to 24 months. I find it quite hard to some up with ideas on what to tell somebody I’ve never met and probably never will, so I would love to get some of your ideas. The more, the better.

So I’ve been having thoughts on how to redefine more of Superman’s Rogues Gallery, and put down (hopefully) that old meme of Superman having no good villains. First up was a S:TAS Originated character: Volcana.

With her placed in a plastic bag in front of an orphanage on a cold, rainy night. Sickly and pale, hers was not a good condition. The place took her in, and over years she grew. However there was something noticed very quickly about her, as she began to leave childhood. Around her, fire seemed to flare brighter, burn hotter. Nothing obvious, but it was clear that something…strange was about her. It was thus here that she was finally adopted by the Selton family. Rich and wealthy, they noticed their new daughter first for her powers, and it showed. She was a lonely child, and they were a cold people.

Eventually, though, they noticed something: Her powers were growing stronger. Eventually, they grew too strong for her to control without some damage– fire-extinguishers and burn medicines became a necessity in the Selton household. Seeing the danger, her parents– both wealthy– pulled strings and contacted the Center of Paranormal Studies even as a certain mild-mannered reporter was earning his Journalism degree in Metropolis. She made the friend that would change her life forever: Kristine Kaspar. Having monstrous strength, the two struck up a quick rapport; all seemed well. Though her teachers were cold and made her go by her code-name, Volcana, in class they were teaching her well.

Then, in a fit of cosmic tragedy her parents were slain.

And the whole world just watched. The next day, she still came into her classes. Her teachers planned a livefire demonstration, where Kristine and Volcana were to destroy a robot, recently escaped from Lex-Corp.

And just as they were about to enter combat… her powers failed, blocked . The robot advanced on her, and Karl watched as it did. Her teachers simply listened to her screams.

And she realized– all they cared for, was Volcana. Not Claire.

In a rush of anger, and hate, and fear, she evaporated a hundred yards. Karl, the robot, her teachers… all of it. Ash.

Walking away, in a daze of emotions, she wandered back to the house she had once called home.

Lethargic, she only really survived, not truly living. She had nothing, and believed in less. Wandering from place to place she took what she wanted, caring little for who she hurt. Eventually, though she stumbled on someone very important: her mother.

There had been a little hope in Volcana’s chest that out of all the world someone else might have cared solely for her. Might simply have been incapable of raising her, for one reason or another.

It was dashed on the rocks.

Her mother had been fully wealthy then. Only unwilling. Worse, she, too, had not cared to speak to her daughter until she found that said daughter had powers…powers that could earn her money from a show she was running on in the city.

It was lucky for her mother that a blue blur carried her away just before she could be struck down. On the plus side, Volcana at least cared about something: killing her mother and the remaining members of the Center.

Check out the Neon Redhead if you’re so inclined, lovers ❤️

Im putting studs in my vest and im so fucking happy with how its looking.

Some of the most viscerally emotional moments in my life have included smoking listening to piano music.

I close my eyes and try to think what the world might be like if the tone of the song was all I had ever known.

Headphones in, lighter in my pocket and smoke billowing from my lungs which are not as young as me.

There is a bench in the woods near my house. Its just high enough up a hill that no-one really disturbs you and you can see most of the town from up there. Nobody has to see you cry.

The piano never goes silent, each dulcet key for my ears only. It helps me to think about who I am, who I was and what I’m going to do now.

But I don’t really have any of those answers.

I have a smoke.

I have this song.

And I have me.

Radek Zelenka, “Muttering in Czech” in Tao of Rodney 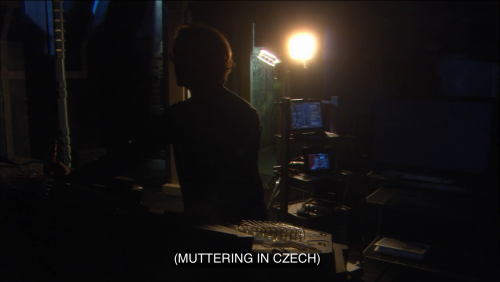 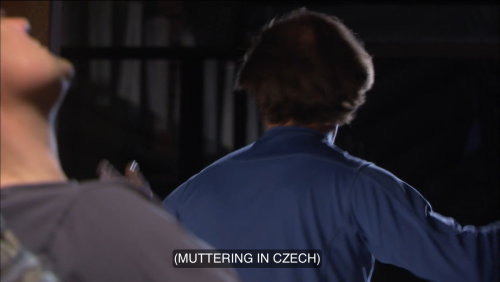 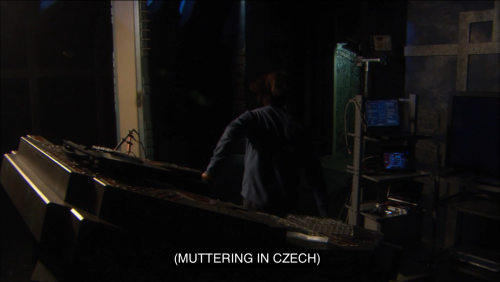 daniel and sam doing The Look™