~wave not ~core for added weirdness

cringewave covers all the typically “cringey” things, such as, but not limited to:

basically, all the things you got bullied for in middle school. i want this aesthetic to be a safe place for u to express urself!!

a/n: this is bad. like REALLY REALLY BAD. judge all you want. this is cringe as hell. also i got the inspiration from the song heather.

genre: angst, with a lottle bit or fluff(?)

“do you think she’d like this?” he asked, “hm?” you replied, pretending not to hear it while you were scrolling through your phone,

“do you think she’d like this?” he asked once again, now looking at you. he was holding his grey crewneck sweater,

honestly, you wished it was you who he was giving it to, but no.

you looked at the him and faked a smile “of course she would!”

Mark invited you to his house 1 hour prior because him and his girlfriend were going on a date for their 1st anniversary. Even though you didn’t want to you just went with it.

You’ve liked Mark for a little over a year now. You were supposed to confess to him but…

“hey Mark, I have to tell you something.” You said shyly, “me too!” he looked unusually happy, “okay, you go first,” you told him to save you from the embarrassment, “okay, sure.” There was a bit of a pause, “I have a girlfriend!” he blurted it out.

“wow, Mark, who would’ve thought man.” You managed to utter, trying your best to hide your sadness.

“I know right? Damn. Okay, so what were you going to tell me?” he asked, “you know what? I forgot about it.” You laughed it off.

He was now getting ready to leave for his date, “hey, do you want me to drop you off?” he asked while fixing his shirt, “nah, I’ll walk.” Your house wasn’t that far from his, just a few houses down from his.

“good luck on your date dude.” You said before closing the car door, “thanks, man.” He replied.

And now there you were again, crying yourself to sleep because of how much it hurts.

You were awakened by the vibration of your phone, half awake, you answer it, “who’s this?” whoever it was, you didn’t care, you were pissed at them for waking you up.

“hey…” suddenly the irritation went away just by the sound of his voice, but it sounded sad.

“what’s up? How did it go?” you were now wide awake because you were curious as to what happened.

He chuckled lowly, “yeah…well…not so great.”

“what happened?” you were so worried about him, “wanna drink?” he asked. “where are you? I’m coming over.”

You were always there for him whenever he was sad or frustrated, you were his shoulder to cry on and nothing more.

You went to the park he told you, and there he was sitting on the bench watching the sky with a few cans of beer beside him.

“hey you..” you sat beside him and grabbed a beer for yourself too, “so what happened?”

He glanced at you, “are you sick? You sound like you have a cold, plus, your eyes look puffy. Have you been crying?” he noticed, “what? No! of course not! Why the hell would I cry? It’s probably because I just woke up.” You laughed it off.

“so tell me, what happened?” these was a slight pause.

“she dumped me, told me she wasn’t happy anymore.” Sadness was evident in his eyes, “I should’ve known, I could see the signs but chose to ignore it.” He looked down on his beer,

“I could say the same.” He looked at you, only then did you realize you said that out loud, “really? How so?” he asked while looking at you straight in the eye, of course being shy you looked away and drank the beer you were holding, “oh, nothing, it just came out, sorry.” What a stupid excuse.

After a few more beers and silence, you felt a bit tipsy. You were never in good terms with alcohol but your friend here was the opposite.

“do you love her?” you asked out of the blue, “I guess?” you let out a small chuckle, “why?” he asked. “’cause if you do, we would probably be in the same place right now.” You said looking at the sky, “what do you mean?” he was curious, of course he was.

At this point, you couldn’t control your own mouth, you were blurting everything out. All the feelings and thoughts you kept deep inside for more than a year.

“I mean, we would probably be both heartbroken and crying and all that shit.” Tears were starting to form in your eyes, again.

“you’re heartbroken over who exactly? How come I didn’t know?”

You laughed at his reaction, “of course you wouldn’t know.” He was so confused, “huh?”

“dude I have been in love with you for more than a year now,” your voice broke. You looked at him with tears streaming down your face, “I wish I told you earlier but I chose to ignore it, hoping it would go away, somehow, but I was wrong.” You drank, again.

“look, basically what I’m telling you is that I love you okay? I always have but I couldn’t do anything because you liked someone else. I didn’t tell you, ‘cause how could I? You were happy with her. I didn’t want to ruin your relationship.”

Mark hugged you full on as you kept crying, he just comforted you until you calmed down.

As soon as you stopped crying, he stared at you, “you really are stupid,” he said, “but I’m just the same,” he smiled, but you weren’t really getting what he was trying to say.

“I liked you too dummy,” he uttered, “yeah right, liked,” you emphasized the ‘liked’ part. “yup, liked.” He stared at you once again, “it might seem like I’m joking but I’m not, I love you y/n.”

“wait what?” You were dumbfounded, “you player.” You scoffed, he just laughed if off, “I guess I am.” He said scratching his head because of embarrassment.

Awkward silence embraced the atmosphere but Mark broke it, “hey, y/n,” you looked back at him, “can I kiss you?” without any second to waste you went it for it. His lips were so soft.

“you don’t know how long I have been wanting to do that.” You smiled, “me too,” he said. 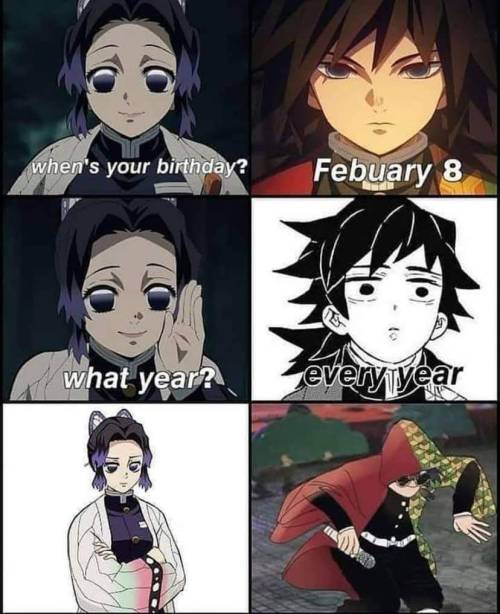 My cousin posted this on Facebook first seen on https://ift.tt/2Y30N8s 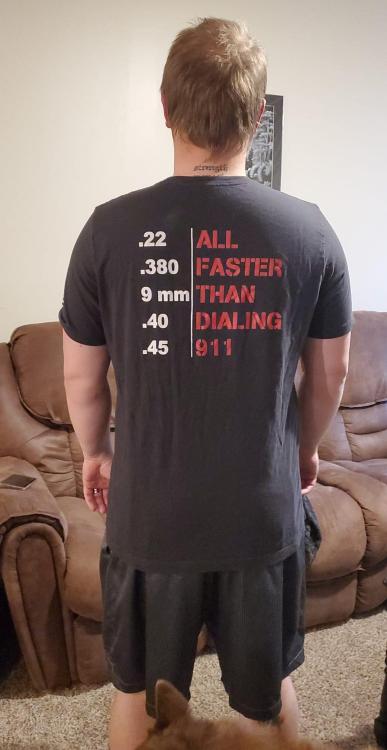 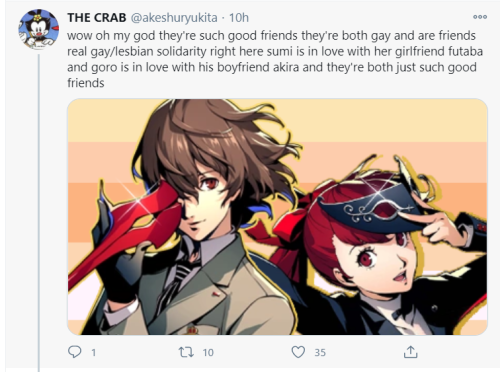 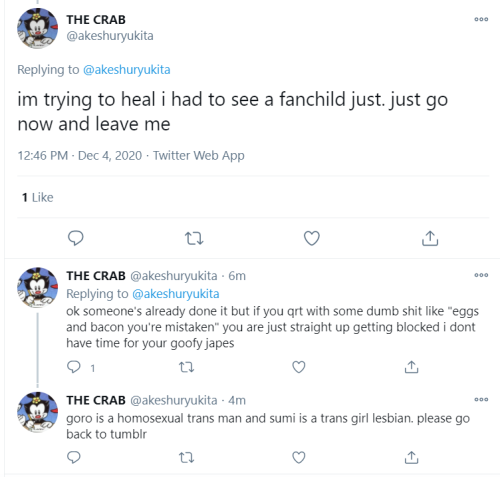 #persona 5, #p5, #persona 5 royal, #p5r, #cringe, #lmao, #cope <3, #people who don't ship shuake have to deal with shuakes doing actual fucked up shit sit the fuck down lmao, #deal with it, #and get help jfc, #this is sad LMAO
1 notes · See All
maybeyoullrememberText

This is a mood, but you had to be there. 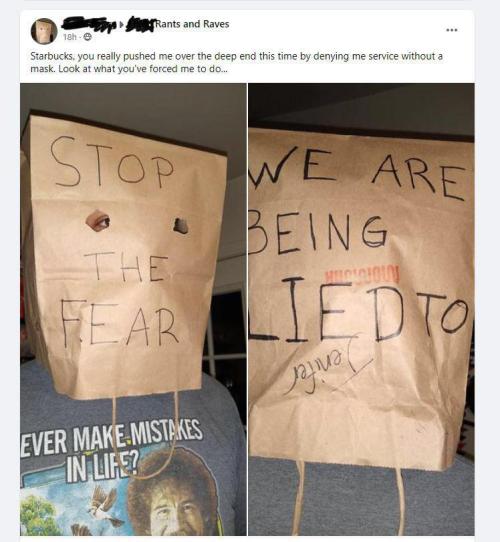 I used to think Steven universe was good and I’m so damn embarrassed by the shet . Mk ultra is mf reall nigga

When you shouldn’t release your instincts. 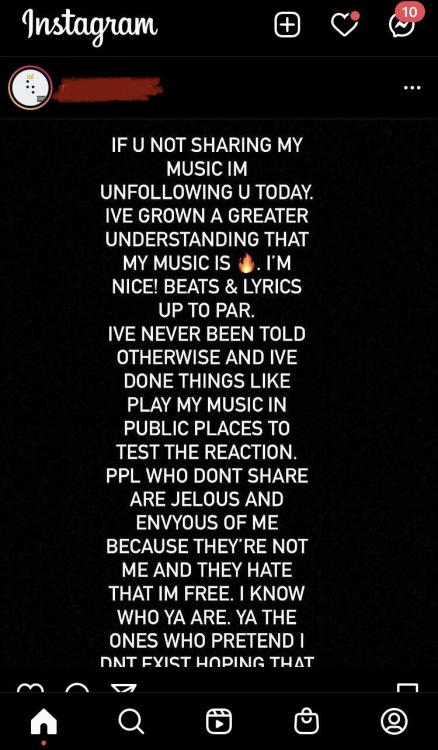 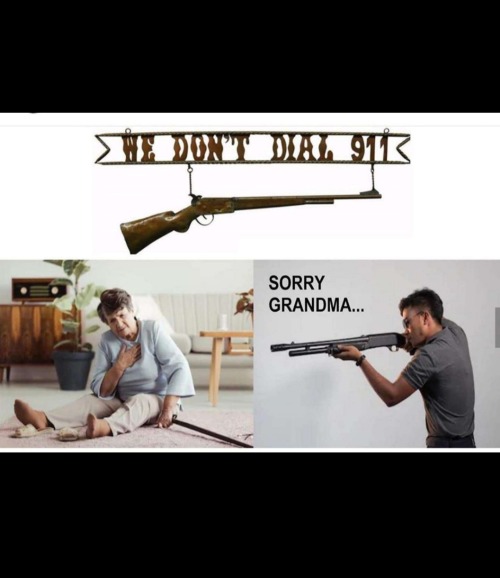 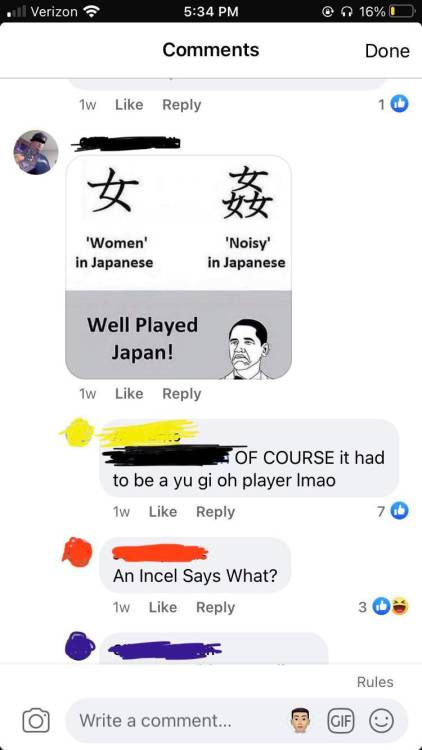 Right wingers simulateously getting offended by an AOC tweet and bragging about how macho and tough they are for not *gasp* crying at work: an album

My attachment issues are so bad ^-^

#cringe, #nothing but cringe
0 notes · See All
isporticus1234Answer

The instagram fandom thinks every love interest , besides the one they romance, that gets a single minute of screen time or their rare diamond scene is getting forced and pushed. So yes, they claim that Ava is getting forced, but had no problen with the two boys getting pushed for 73 chapters.

They also claim that PB wasnt listening to them when they didnt have a single Ethan diamond scene in that one chapter of Open Heart 2, even though he had one in every single chapter, sometimes 2. But yeah, PB doesnt listen to them 🙄🙄🙄

They also get tired of seeing comments about “We want It Lives 3/ Ride or Die 2/ The Elementalists” (ironically, the only GOOD books almost everyone can agree upon) but have no problem screaming for Queen B 2, even though Queen B is problematic as hell.

Boy, am I glad Tumblr doesn’t post the “5 years ago today” shit Facebook does. Could you imagine?

“5 years ago today, you reblogged 97 consecutive gifs of Jonlock.”

#cringe, #seriously though, #mine would just be all my cringe-ass otps, #and ocs, #fucking kill me, #tumblr on tumblr
0 notes · See All
viralblastsPhoto

“Calling out” another Instagram user for “appropriating” your extremely generic 70s aesthetic then plugging your venmo when you realize how much attention crying racism gets you first seen on https://ift.tt/2Y30N8s