Anger—Anger is feeling, believing that you (or someone else) have been wronged, that something you (or they) were due has been denied or else taken away.

Justice—Justice is ensuring that wrong is put right, that things are restored to the way they ought to have been, and that due punishment is doled out.

…And vengeance—vengeance is deciding that you will be the one to determine the means by which and extent to which both repayment and punishment are to be pursued.

It was so hard to remember it now, but anger had not been his first reaction.

Of course it wasn’t; to be angry requires at least some sort of sense of understanding what had happened, what had been done, and as the evening turned to bloodshed, all was confusion and chaos and blank, uncomprehending shock.

Terror came next, in that cell surrounded by the corpses of his family—terror was the first emotion to pierce the cotton-headed fuzziness of being unable to wrap his mind around just what all had so rapidly unfolded.

The came Ripley, and her questions and her methods, and that choking, paralyzing fear seemed to overtake all else save for desperation—an internal (and, admittedly, often external) cry begging for it all to stop; for escape, release, and end to the fear and the blood and the pain.

(It was a different sort of pain he felt the day that Anders came into Ripley’s ‘work area’ to quietly confer with her, then left with a passing, dispassionate glance at the bleeding, sobbing form on her table—the brief surge of hope utterly crushed as he realized the man he’d once looked up to was a part of this…this…whatever it was. But even then, it was not anger—yet.)

No—the anger came later, after a terrified flight through the woods, after arrows and blood and rock and river, after the mind-blanking, memory-obscuring fog rolled back and the horror of what had happened washed over him at last.

And when the first spark of anger came, it was at a teenage boy who ran, his little sister’s screams still ringing in his ears.

(You left her, an internal voice hissed at him. She freed you and you left her to save your own wretched, ruined hide.)

This has to be my favorite drawing I’ve done this week. I picture him in some sci-fi future in which he and his squad know all kinds of secret passages through the city. He kinda looks like a fighter guy you wouldn’t want to meet in a back alley but he has been claimed by the Tusktooth Squad, so you know he’s a cinnamon role underneath his piercings and tattoos. 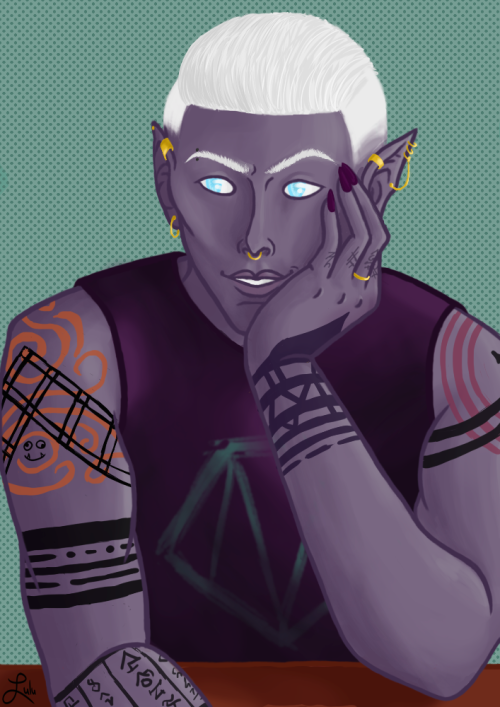 #critical role, #essek thelyss, #essek week, #bibi said he looks buff, #that alone is AU worthy enough, #i had so much fun drawing this, #love it so much, #lulu draws
3 notes · See All
sketch-birdPhoto

every year on qingming, chinese visit the tombs of our elders and ancestors to tidy their graves, burn incense & paper money, and offer our respects.

it’s a day to remember the past, but also to celebrate the renewal of life. I started playing a online/voice chat dnd campaign with complete strangers from all over the country six months ago and never thought I’d love it so much. This is a picture I drew of my character from that campaign. She’s an Eladrin Arcane trickster Rogue, named Aspen. She has a crow familiar named, Dagger

Please don’t repost anywhere without my consent, but likes and reblogs are always welcome!

Can I appreciate the fact that Jester is jacked?

The real war didn’t end on the battlefield; it didn’t even end on the waves of the Lucidian Ocean, with the Balleater bobbing tensely nearby.

The real war had waged for decades, even before Essek had been born, and ended in the halls of the Dwendalian King and Bright Queen. It was fitting, Essek supposed. The shadow war had always been fought quietly, its participants preferring to spy and stab each other in the back rather than stab each other outright on the battlefield. It made sense that its particular brand of devastation be brought to an end by a court of nobles and rulers pretending to be civil.

“What are you thinking about?”

Caleb’s voice shook Essek from his reverie, the interior of the Lavish Chateau coming back into focus. The rest of the room was blessedly empty, the riotous ‘we ended another war’ party having died down a few hours previously. Caleb propped his chin on his hand as he waited for an answer, fiddling with the expensive tablecloth absentmindedly. Essek’s eyes followed his movements, and for once he didn’t mind that Caleb knew he was looking.

“I suppose I’m thinking about the war you just ended. I’m surprised nobody tried to blow up the building while the Cerberus Assembly was officially disbanded.”

“The war we ended, I believe you mean,” Caleb corrected. “It would’ve been easier for you to just stay uninvolved, and safer, too. But you didn’t, because it was the right thing. I would say that you deserve some of the credit.”

Essek didn’t respond, the remaining wine in his glass suddenly becoming very interesting. He couldn’t accept that, at least not yet; his actions weighed heavily around his neck still, despite his attempts to help prevent any further conflict. Guilt was part of the package of making yourself better, but he was starting to think the pros outweighed the cons.

“I never thought I’d get here, you know,” Essek murmured finally, swirling his wine glass. From the corner of his eye, Caleb’s expression morphed into an intense thoughtfulness, though his eyes remained soft and kind as he looked at Essek. It was a familiar expression on him, but every time it was turned on Essek it managed to make him melt a little bit more.

“Here, with someone I… care about, in the Lavish Chateau of all places. Having just helped you do something good, for about the first time in my life. If you’d told me that even five years ago, I would’ve laughed in your face.”

A warm hand cupped his jaw, and tilted his head upwards just as it hand on the Balleater over a year prior. The same movement, between the same people, but somehow there was a world of difference. Finally, Essek let their gazes catch. Just like the first time, it was a punch to the stomach to look into those blue eyes and see compassion he could barely believe is turned on him.

“You have such capacity for kindness, Essek,” Caleb said. “And I am so grateful to have been able to show that to you, and see you embrace it.”

Maybe it was Caleb’s words, or the soft grip of his hand at his jaw, or the lump in Essek’s throat, but for once he didn’t deny the confession building in his head. “I did it because of you, do you know that?”

Caleb blinked, and moved to speak, but Essek continued. “Trying to fix what I’ve done, trying to be better, it was all because of you. Because you make me want to be better, because I-“

He cut himself off, the words catching and snagging on his tongue. He’d never been good with talking. The hand at his jaw moved, drawing back to run through his hair until it came to rest at the back of his neck. He couldn’t avoid sinking into Caleb’s touch if he tried.

“Because I love you, and it’s taken me until the end of a war to finally tell you.”

The smallest, softest of smiles spread across Caleb’s face. “I’d prefer not to wait until the end of another one to tell you that I love you, too.”

The hand at the back of his neck pulled gently, and it was far too easy to let himself be pulled closer, agonisingly slowly, until their lips met. Caleb’s mouth was warm, and welcoming, and when his hands settled at Essek’s waist he wasn’t sure he’d ever belonged somewhere so much in his life. It wasn’t a rush of fireworks, or the instant, frenzied crushing of teeth and lips and tongue; it was the release of a breath held too long, and the relief of fresh air into parched lungs. He buried his fingers in Caleb’s hair, neat ponytail be damned because the faint taste of wine on Caleb’s tongue was so much more precious. They moved together, and suddenly Essek was leaning into him, and he could feel the warmth of his body through his dress shirt and every inch of him craved more, more-

Chuckling against his mouth, Caleb pulled away, though Essek tried to lean further into the kiss in protest.

“Eager,” he teased, but looking at Caleb’s ruffled hair and flushed cheeks, Essek couldn’t bring himself to be embarrassed.

“I am not above saying that I have wanted that for a very long time,” Essek breathed, still threading his fingers through Caleb’s hair. “So forgive my impatience.”

Caleb smiled, and leaned back in. “You are forgiven.” 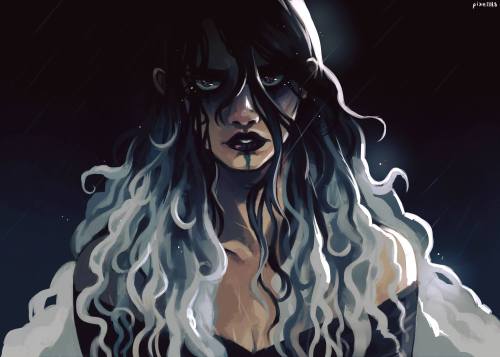 #my art, #critical role, #yasha nydoorin, #I don't know if I like it or not??? hahaha
115 notes · See All
criticalrole-incorrectquotesText

me, trying to do literally Anything: i-

“Are your serotonin molecules-” *whips off glasses* sero-snoozing. ” *

#i apologize for the lack of content coming through here recently, #time is soup and i am but a lone cracker floating through the abyss while trying to get work done, #critical role, #mica burton, #matthew mercer, #critter hug, #shitpost, #spar speaks, #i have lots of things queued up to rb in my likes! ... just gotta get around to it
8 notes · See All
waiting-for-autumnText

Nott the Bravest of them all…

Another artwork that I found extremely relaxing to color…

Let me know what you think! Comments are always welcomed!

PLEASE DO NOT EDIT/CROP/REPOST ANYWHERE WITHOUT PERMISSION

ALSO PERCY VS GROG OVER THE SKULL WAS THE BEST FUCKING THING EVER!

GROG NO! SWEETHEART I SEE YOUR TRYING BUT NO!

Because of quarantine I’ve a lot more time so if anyone needs a beta reader just dm me. :D

I know German and English.

Fandoms I prefer are:

But I read a lot so if you have others feel fee to ask. 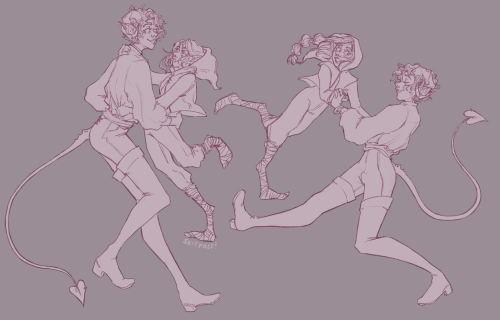 [no dialogue; a song that samples “Oh Yeah” by Yello plays loudly in the background]

Let’s do this one more time :) 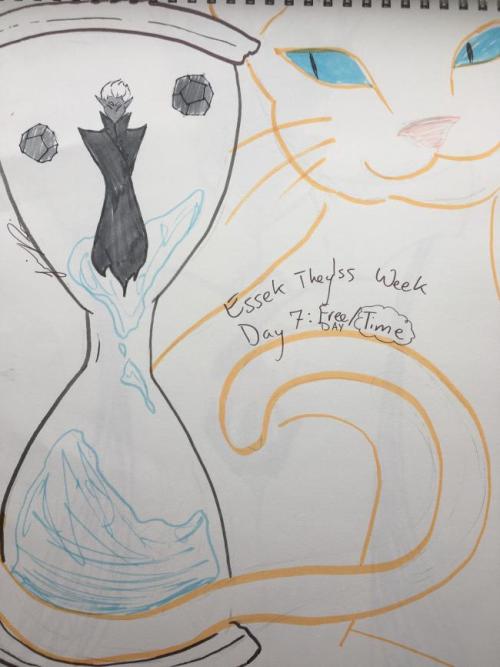 I… forgot that Beau and Fjord tried to teach Nott how to swim in the bath in the very beginning of the campaign .. and…I just feel a lot of stuff about that

“Sometimes an ex will appear back in your life and it’s a test to see if you’re still stupid.”

A brand spanking new commission finished of a Githzerai Four Elements Monk. Had a ton of fun with the posing, lighting, and making sure she had a mixture of determination and desperation given her current predicament :)

Fjord: Honestly, fuck turtles! They seem all cute, innocent, and shy because they hide behind their shell, but they’re fucking vicious!!!