A simulation within a reproduction.

Today on things that can’t be a coincidence:

•Vess had the tomb takers working in the ruins of Molaesmyr

•Star Razor is a Vestige

•Molly was founder of the tombtakers

•The order the Tombtakers broke off of is likely the Claret Order which is associated with the Raven Queen and blood magic.

•Clay, Stone, and Dust were originally champions of the Raven Queen who were instructed to bury a hero with commands from the Raven Queen (who already took whatever she wanted from this hero)

•Cad, descendant of Clay, who is from the Blooming Groves, found Fjord and helped Fjord find the path to Melora

•Molaesmyr is poisoning the blooming groves

•Fjord gets Star Razor and just happens to have the last name of one of the three important families of Melora (Clay, Dust, and Stone)

“But the main objection, dating from the sixteenth century and receiving final expression from Francis Bacon, is the uselessness of philosophic speculation. The position taken by this objection is that we ought to describe detailed matters of fact, and elicit the laws with a generality strictly limited to the systematisation of these described details. General interpretation, it is held, has no bearing upon this procedure; and thus any system of general interpretation, be it true or false, remains intrinsically barren. Unfortunately for this objection, there are no brute, self-contained matters of fact, capable of being understood apart from interpretation as an element in a system. Whenever we attempt to express the matter of immediate experience, we find that its understanding leads us beyond itself, to its contemporaries, to its past, to its future, and to the universals in terms of which its definiteness is exhibited. But such universals, by their very character of universality, embody the potentiality of other facts with variant types of definiteness. Thus the understanding of the immediate brute fact requires its metaphysical interpretation as an item in a world with some systematic relation to it. When thought comes upon the scene, it finds the interpretations as matters of practice. Philosophy does not initiate interpretations. Its search for a rationalistic scheme is the search for more adequate criticism, and for more adequate justification, of the interpretations which we perforce employ. Our habitual experience is a complex of failure and success in the enterprise of interpretation. If we desire a record of uninterpreted experience, we must ask a stone to record its autobiography. Every scientific memoir in its record of the ‘facts’ is shot through and through with interpretation. The methodology of rational interpretation is the product of the fitful vagueness of consciousness. Elements which shine with immediate distinctness, in some circumstances, retire into penumbral shadow in other circumstances, and into black darkness on other occasions. And yet all occasions proclaim themselves as actualities within the flux of a solid world, demanding a unity of interpretation.”

—extract from Process and Reality by Alfred North Whitehead. 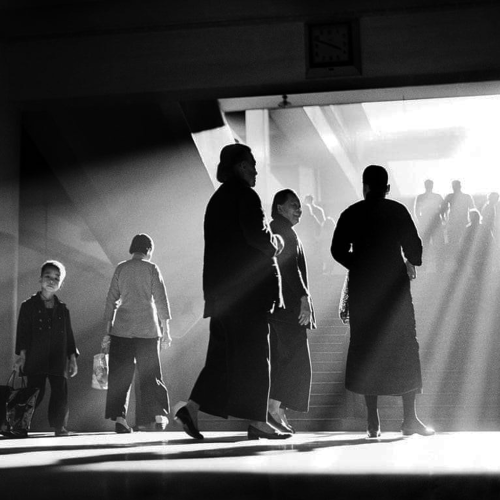 contains ten thousand taste buds, none of which is sensitive to the taste of foreign words.

— M. NourbeSe Philip, Discourse on the Logic of Language

“In the pages of the New York Times, David Brooks has announced a data revolution. His words are as prophetic as Chris Anderson’s famous article ‘The End of Theory’. ‘Dataism’ is the name of the new faith:

‘If you asked me to describe the rising philosophy of the day, I’d say it is data-ism. We now have the ability to gather huge amounts of data. This ability seems to carry with it certain cultural assumptions – that everything that can be measured should be measured; that data is a transparent and reliable lens that allows us to filter out emotionalism and ideology; that data will help us do remarkable things – like foretell the future … The data revolution is giving us wonderful ways to understand the present and the past.’

Dataism has taken the stage with the fervour of a second Enlightenment. During the first Enlightenment, statistics was thought to possess the capacity to liberate human knowledge from the clutches of mythology. Accordingly, euphoric celebration occurred. In light of such developments, Voltaire even voiced the wish for a new historiography, freed from past superstition. Statistics, as he put it, offers ‘an object of curiosity for anyone who would like to read history as a citizen and as a philosopher’. Revised by statistics, history would become truly philosophical. […] Now, transparency is the buzzword of the second Enlightenment. Data are supposed to be a pellucid medium. As Brooks describes them, data afford a ‘transparent and reliable lens’. The imperative of the second Enlightenment declares: everything must become data and information. The soul of the second Enlightenment is data totalitarianism, or data fetishism. Although it announces that it is taking leave of all ideology, dataism itself is an ideology. It is leading to digital totalitarianism. Therefore, a third Enlightenment is called for – in order to shine a light on how digital enlightenment has transformed into a new kind of servitude.

Big Data is supposed to be freeing knowledge from subjective arbitrariness. By this logic, intuition does not represent a higher form of knowing; instead, it represents something merely subjective – a stopgap compensating for the shortage of objective data. In complex situations, the argument goes, intuition is blind. The mistrust even extends to theory, which is suspected of being an ideology: if enough data are available, it should prove superfluous as well. The second Enlightenment is the age of purely data-driven knowledge. Anderson’s visionary rhetoric goes: ‘Out with every theory of human behavior, from linguistics to sociology. Forget taxonomy, ontology, and psychology. Who knows why people do what they do? The point is they do it, and we can track and measure it with unprecedented fidelity. With enough data, the numbers speak for themselves.’

The medium of the first Enlightenment was reason. However, imagination, corporeality and desire were repressed in its name. By a fatal dialectic, the first Enlightenment switched over into barbarism. Now, in the second Enlightenment – which appeals to information, data and transparency – the same dialectic threatens to do the same. The second Enlightenment is summoning forth a new kind of violence. The Dialectic of Enlightenment holds that the process of illumination that set out to destroy mythology became entangled, with every stride it made, in a mythology of its own: ‘False clarity is only another name for myth.’ Adorno would say that the ‘transparency’ of today is another name for myth too – that dataism likewise heralds false clarity. The dialectic of old is also making the second Enlightenment, which seeks to counter ideology, into an ideology in its own right – more still, it is leading to the barbarism of data.”

#i disagree with some of his conclusions and points but overall really good read, #neoliberalism, #critical theory, #politics, #readings, #mine
74 notes · See All
lovequotes-postsText

STEP BY STEP: Here’s how you can use FACTS & logic to argue against crit…