i feel like discussing a cosmere hunger games ahaa so that’s what i’m gonna devote my remaining brain cells to organizing before rhythm of war.

strength: her distrust, honestly!! let’s be real, vin is one of the most fearsome competitiors, and a strong advantage is you wouldn’t even know it. she’s so innocuous, but she could kick your ass and i love her for it. she wouldn’t seek a fight, but she sure wouldn’t refuse one

strength: LEADERSHIP. Kaladin can organize shit, i mean this guy?? might accidentally persuade you to give up your life for a Cause. also, Kaladin has fantastic battle combat! and Syl to let him know what’s up! also, he doesn’t sleep.

weakness: this boy has no sense of self-preservation. he’d probably end up in an arena either because he volunteered for someone or to protect someone; if it’s just Kaladin, i honestly think he’d die before consciously hurting someone else because he doesn’t see himself as worthy enough to protect. aaaannnddd now i’m gonna cry. also, he d o e s n ‘ t s l e e p !

strength: boy, if you see him kill on sight because KELSIER … the guy is so scarily smart/strategic, AND he has no chill. he’s mean. he’ll stab you in your sleep. classic career. do NOT trust.

weakness: i don’t know if he has any … maybe vin? oh, and apparently this guy named rashek can fuck him but not without basically killing himself in the process

Nightblood–not necessarily a character, but i don’t care

weakness: there are none

strength: her illusions would fuck you up like a muttation… honestly i think just that gives her great odds of winning, PLUS she has pattern the shardblade

weakness: i KNOW blood gives this girl ptsd.. she likes adolin. also, that shardblade of hers? good chance it’s for show.

strength: FERUCHEMY. also, sazed knows things, and information is generally good. he’d be a cool ally for a bit

weakness: yeah sazed would fucking die. i know he’s a god and everything, but shit

strength: THIS GUY HAS SO FEW FUCKS TO GIVE. he’s SMART. nightblood is his ALLY. this guy also knows some SWORD TRICKS

weakness: so, he has a few fucks to give. this guy cares a little. he’s unlike kaladin; kaladin’s tough, but you can TELL the boy gives so many fucks about people. it’s like , , , who he is. vasher would threaten to kill you if you ever found out he actually kind of likes you. that being said, he DOES reluctantly care about people and that MIGHT make him hesitate.

strength: this guy will stab a bitch. in the eye, specifically. also, so good at dueling he begrudgingly got complimented by kaladin while they were gay rivals

weakness: he won’t hurt shallan or kaladin or possibly anyone else who hasn’t committed war crimes (i would say minus his father, but only rhythm of war will tell)

strength: wayne is bizarre, he could do fuck all and somehow win

weakness: he’d somehow smuggle alcohol into the arena and give himself alcohol poisoning before you even got a chance to kill him. my man

strength: see ‘adolin’ and switch out a few names

weakness: see ‘adolin’ and switch out a few names

Unfortunately for Kowai his probing is interrupted by a quick jump back into the action as our party reaches the Everglades.

As always hope you enjoy and tell me what you think. 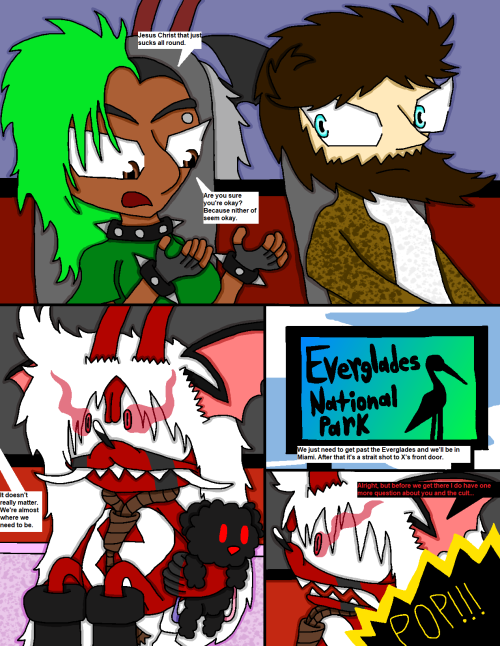 Many thanks to @owlsofstarlight, @writer-and-artist27, and @ffs-abalisk, who have all been very helpful sorting out various degrees of plot, planning, prose, and/or author screaming at length in several formats and at multiple stages of development.

Cross-posted to FF.Net, per usual.

Hell yeah, my dude, go for it! Unleash your work into the world! I hope you’ll have fun writing them and have a great day as well!!

#twisted wonderland, #puella magi madoka magica, #Puella Magi Holy Quintet, #Holy Quintet in TW series, #crossover, #I have achieve the highest honor a fanfic writer could be blessed with, #I'm so happy that this crossover inspired someone!
4 notes · See All
carolynmcdowellText

Wadanohara but stick. That is all. 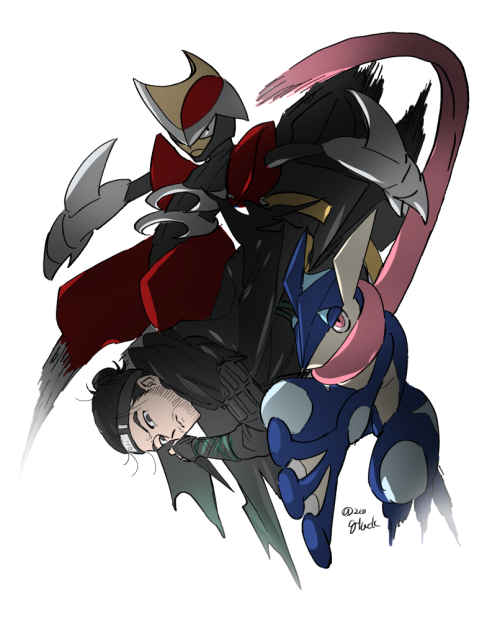 I dont think I can explain myself anymore 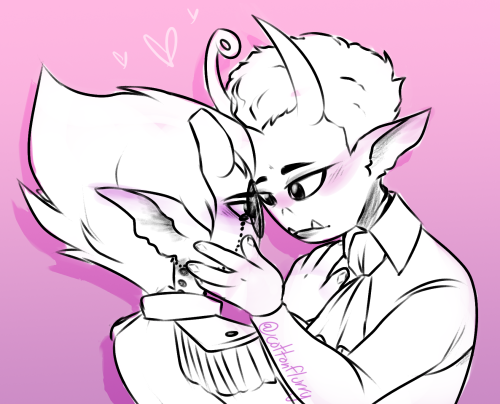 Day 24 of Gravedale-tober was a crossover option!

I could have gone with anything, I had some serious ideas…but then I rewatched Saturday Shorts and that messed my thinking up, so here’s Sid with Saturday Shorts. XD 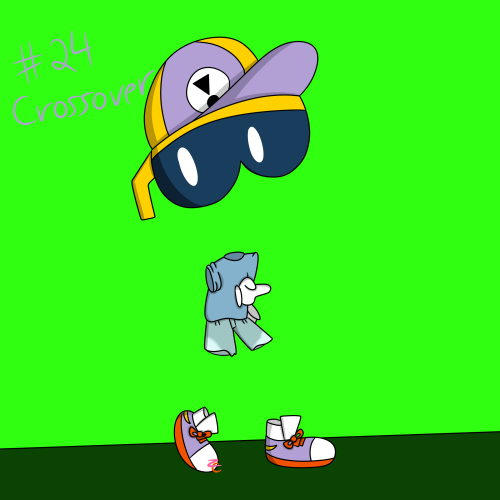 (friend created this shipping, not me) 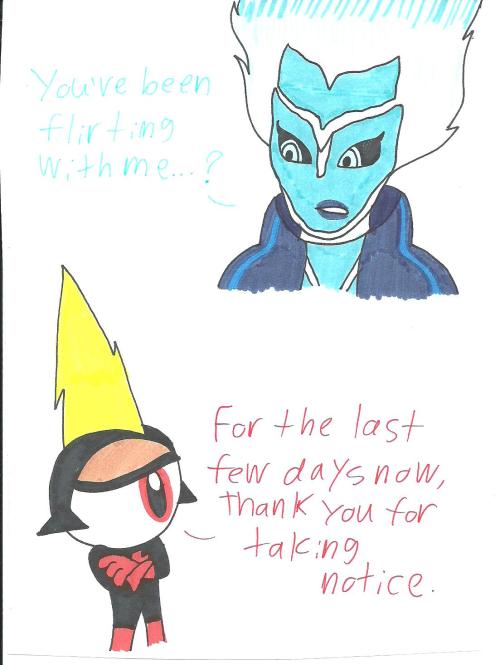 But Matilda has something called a moral.

Huitziiiii-lopochtli…? Does that ring a bell?

Also making something else :3 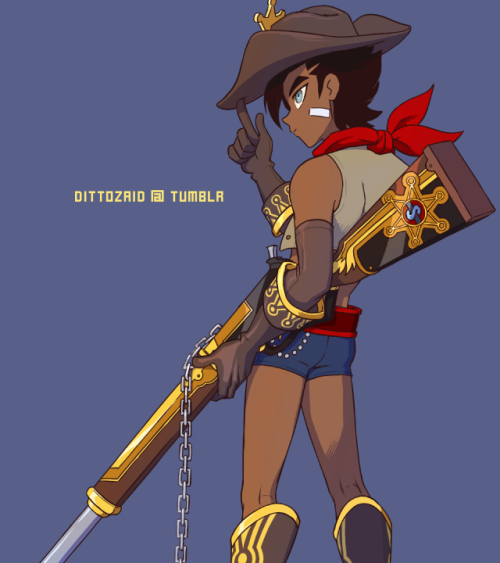 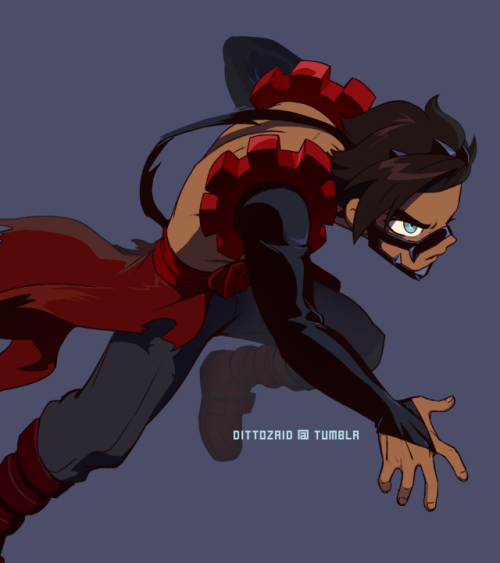 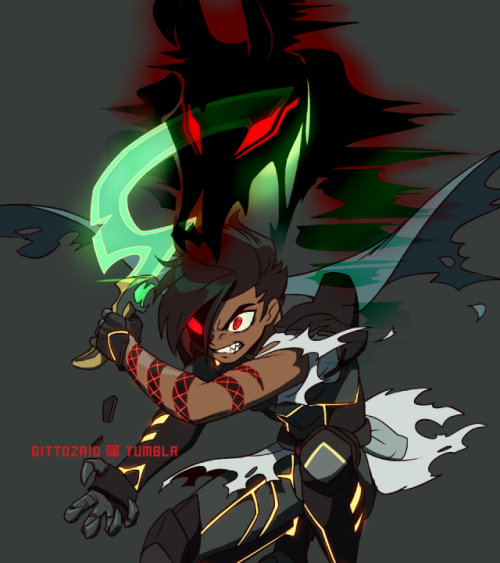 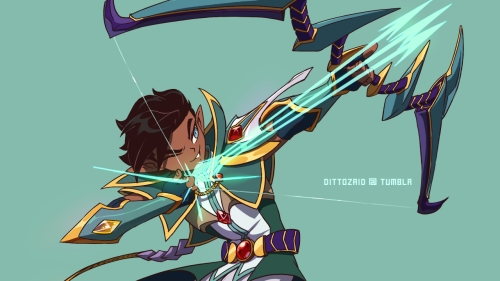 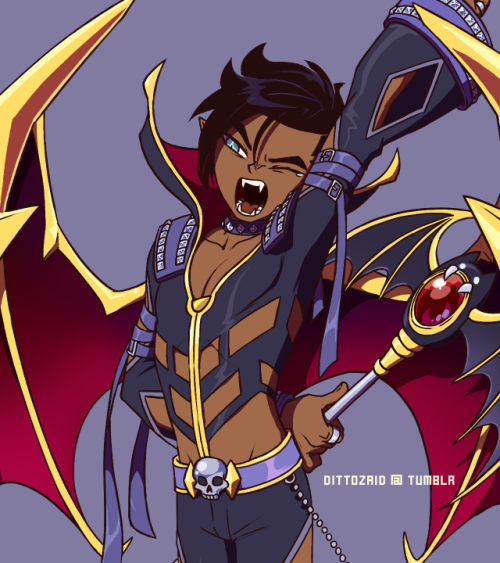 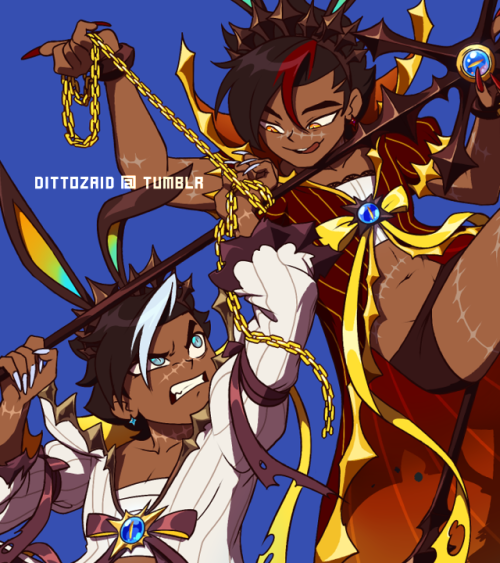 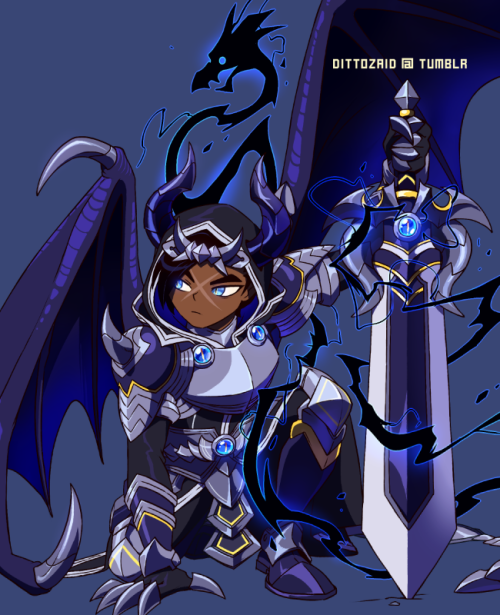