Tumgir
AboutPrivacy Policy
AboutPrivacy Policy
Visit Blog
Explore Tumblr blogs with no restrictions, modern design and the best experience.
Fun Fact
Pressing J while looking at a Tumblr blog or home feed will scroll up on the page, pressing K will scroll down. This is helpful considering a lot of the Tumblrs feature infinite scrolling.
Trending Blogs
#csm
animepopheart
Photo 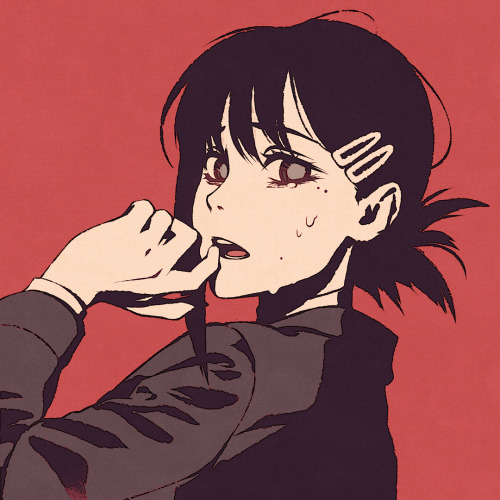 👼 we don’t own our heavens now, we only own our hell 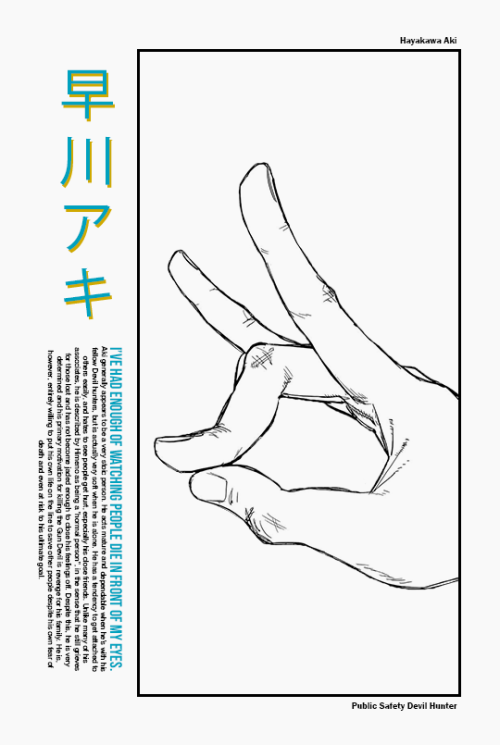 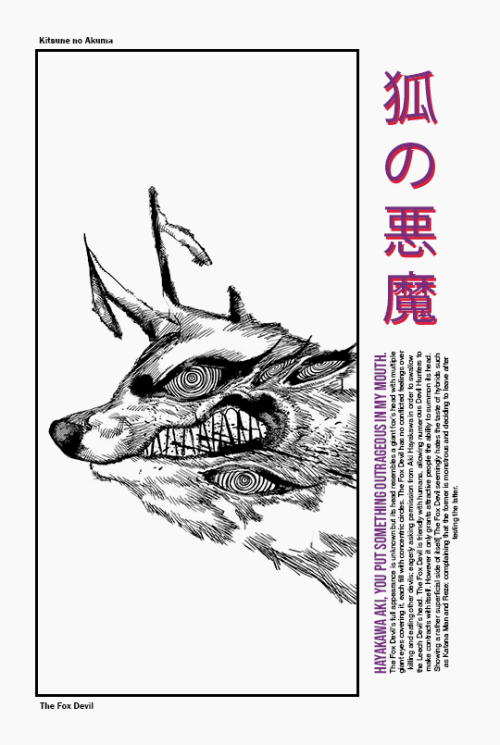 i love and miss him so much it physically hurts me :(

Mans literally shortening his lifespan to get sum demon ass

Your black boot heels clicked as you entered the shop. Blood tainted your black coat and some sprayed at your face. Your gaze landed on Makima.

Masking your uneasiness, you took a seat beside her, ordering some food.  Glancing at her , you can’t help but to feel slightly uncomfortable. It’s not like you dislike her, but she has this weird aura surrounding her that you can’t describe, and thinking smartly, you decided to keep quiet.

The sudden question from Makima makes you flinch.

“ Ah, I’m just back from killing a devil in the woods. Quite troublesome, ” you said simply.

“ Yup, a man said that his daughter got dragged into the woods by a devil so I just checked it out,” you shrugged, too lazy to elaborate.

You simply smile, muttering thanks as your meal was placed in front of you.

“ Uhm, who’s that?” your attention shifted to the male. His yellowish-brown eyes staring at you curiously.  Your eyebrow quirked.

‘Never seen him before.’ you mused to yourself.

You nodded as a greeting. Drinking in his appearance, you can say he’s quite interesting. Wiping your mouth, you stood up.

“I better get going.”

Placing your money on the table, you smile at Denji. “ See you, Denji.”

Your laugh as you watched the scene unfolded in front of you. You not lying, the fight amused you. You just strolled at the park when you became bored, so here you are in Tokyo, back to the headquarters.

But now, to  see  your best friend  getting kicked at the balls by some newbies? Such gold.  Wiping your tears, you walked toward the two boys. Clapping your hand while stifling  your laugh that’s threatening to come out upon seeing Aki’s face, their eyes met with your face.

“ Now, now. Enough with your bonding session. I’m sure Makima-

Your words were stopped as Denji took the chance to send another kick to Aki’s balls, making him faint. You winced slightly.

Meeting Denji’s eyes, you gave him a you-made-it-yourself-so-you-lift-him look. He sighed, muttering curses under his breath.

He let out a heavy sigh. Running his hands in his blond hair in frustration, his mind wandered. Why did he always think of you? Why can’t he throw your image in his mind? Why are you so nice? Why does your presence calm him?

He doesn’t know and he’s determined to find out why, starting with a question to his housemate.

And he’s met with wide eyes and a hanging mouth from Aki.

Yoshida watches the devils fight from the safe cradle of the Octopus’ great tendrils.

“Not my type,” he clicks his tongue as darkness falls and the doll warps into a monster of black limbs and spidery hair. “Guess this is my cue to leave.”

He pats his jacket’s inside pocket, only to find his phone has shattered under the force of Quanxi’s strikes. Not unexpected, but frustrating nonetheless. Some corpse or another is bound to have a functioning contraption for him to call you, his roommate and appointed driver.

“Ah, finally,” he hums to himself when he fishes out an intact Nokia from a middle-aged woman’s purse. “Truly the most unbreakable, huh. And no password.”

Dialing your number, Yoshida hardly has to wait more than three seconds before you pick up and frantically scream through the old speaker, voice saturated.

“Hey, hey, hey,” he says with a smile, raising a defensive hand as though you were here to see it. “Calm down, it’s just me, I’m fine.”

“Of course it’s you, asshat,” you hiss. “No one else would call me when devils are wrecking havoc on tv. How are you? Alive? Don’t tell me you need a ride to the hospital—”

He hears a heavy breath on your side.

“Are you perhaps, maybe, fucking mental?” Your voice strains so much to stifle your anger he can’t help but laugh. “Stop! It’s not funny! You seriously expect me to drive into that fucking war zone? What if I get obliterated like the mall?”

“You won’t, I promise. That’s not how devils work.”

“Right,” he sighs, running a hand through his hair. He’s not annoyed yet, but you love winding him up and it’s an art you’re growing exceedingly adept at. “But I’m the one with a contract so I think you can trust what I say.”

“Alright, Mr Pro-Devil-Hunter, why don’t you use your fancy octopus to come home?”

He breathes out softly, gently, listening for your own shivering inhale. You’re scared, he knows it well. “Please?”

“…fine,” you mumble. “I’m not throwing myself into danger to pick up your pretty ass again, though.”

You said that last time, too.

Me when I first saw Makima:

one lil pochita doodle because why not >:3

power from chainsaw man and i love her sm >:3

Thinking about how Denji, how has never been loved by a single person in his entire life, somehow made two devil friends (Pochita and Power) who loved him so much that they were alright with sacrificing their lives so that Denji could keep living 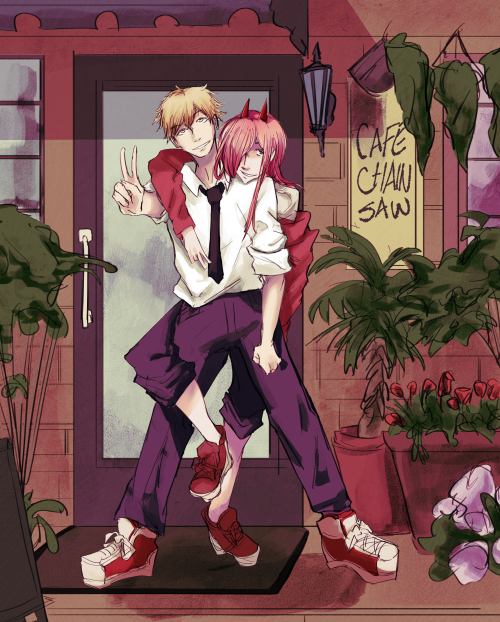 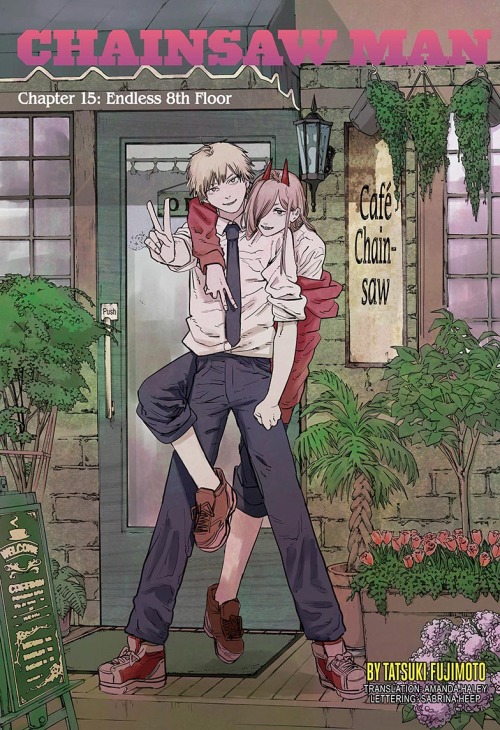 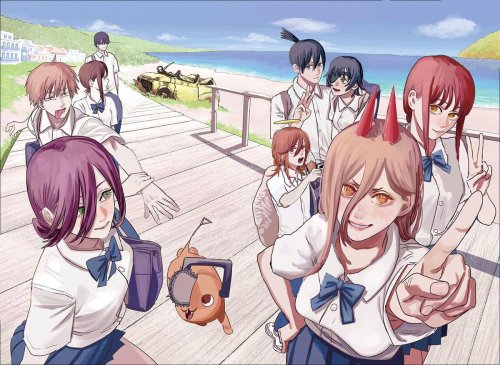