I got my nail polish out tonight so that I could do my nails.

My 6 year old son asked if he could paint my nails.

I showed him how to wipe off the excess polish and how to paint them.

He did both hands and both of my feet!!

He then asked if he could paint his nails.

I told him yes but we may have to wipe off the polish before he goes to his grandparents this weekend.

He asked why and I told him some people think that nail polish is only for girls.

I don’t want anyone to dimish his pure curiosity of these types of things.

I want him to smile when he tries new things.

My baby asked if the nail polish will stay on his nails even when he showers.

He smiled and giggled when I said yes.

I think children should be able to try things out of curiosity as long as it doesn’t cause them harm.

He wants to try red and black polish next.

Does anyone else’s jaw get really sore just chewing something slightly tougher than usual?

How did Colin Robinson skip out on the feels buffet happening between Nandor and Guillermo?

How do adoptive parents have “the talk” with their child who may be a minority or part of a marginalized group ???

I forgot to ask for my oral bones back. They’re lost in that dentist office forever

Hey Tumblr dentist how do you dispose of patient’s teeth?

For the guys! Do you enjoy it when your girl gets jealous or do you see it as a sign of mistrust?

Someday, I would raise my child to be inquisitive and curious enough not to judge people based on what is not conventional. I will raise them to be curious enough to seek answers why people are different and look for the beauty on each quirk, each flaw and each variety. The hatred towards what we don’t understand must stop with us — unlearn the hate and relearn love.

- On Raising Children and Societies // via @glorioushaze

Isn’t it fatal? To leave a person in an infinite loop of curiosity, especially when thats something they’re in dire need to know.

#curious, #locksmiths of reddit, #unrequited love, #i love you, #love quotes, #damn i love him, #sadgirl, #i love him, #writers
2 notes · See All
areyousantaPhoto 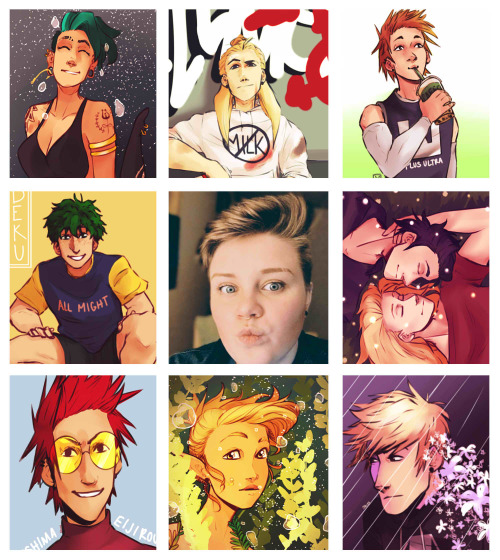 #areyouart, #artvartist, #artvsartist, #i always see that people resemble their art in some way, #do i, #and in what way, #curious, #this is all art from this year so far by the way, #so many pieces im proud of in only 5 months, #thats a rarity for me, #ma face, #moi
14 notes · See All
culper-spymasterText

Here’s something I’ve always wondered: How the fuck did Abe and Mary get out of his root cellar after getting locked in by Robert Rogers in 3.5?

Today has been a good and busy day.

I’m gonna focus back to God for days like this.

I shall talk about the Jesus going to the Cross which I dropped off from last time.

Its a big chunk but I hope it will still be inspiring.

52 “Put your sword back in its place,” Jesus said to him, “for all who draw the sword will die by the sword.53 Do you think I cannot call on my Father, and he will at once put at my disposal more than twelve legions of angels?54 But how then would the Scriptures be fulfilled that say it must happen in this way?”

Jesus clarifies that a lot of what the disciples see when the guards arrive is a spiritual battle.

No swords and clubs could defeat this enemy. Jesus can call angels on for physical harm against the authorities, but harming the guards would not have changed their hearts against God.

Jesus knows his authority and strength but does not use it against anyone. He kept in mind that the battle is spiritual because he stopped the physical fights and calmly accepts being arrested. I don’t think I would react that way if I was innocent and doing God’s will. But Jesus isn’t acting calm, he really believes that he needs to be crucified to save more men and women. He trusted the prophecies that he read and never doubted it.

55 In that hour Jesus said to the crowd, “Am I leading a rebellion, that you have come out with swords and clubs to capture me? Every day I sat in the temple courts teaching, and you did not arrest me. 56 But this has all taken place that the writings of the prophets might be fulfilled.” Then all the disciples deserted him and fled.

Jesus then calls out on the people for their cowardice indirectly since he could have been arrested anywhere, but they came at night time. Jesus also indirectly points out that the people are afraid of him and who he is because they want to arrest him at night when no one can see or hear.

The disciples are the ones who showed that their faith is not in the prophecies because they left. It is a stark contrast that believers of Jesus lost faith whereas non believers of Jesus had faith and fear of God. It really helps me evaluate where I am with God and stop thinking that I am immune to faithlessness.

57 Those who had arrested Jesus took him to Caiaphas the high priest, where the teachers of the law and the elders had assembled

58 But Peter followed him at a distance, right up to the courtyard of the high priest. He entered and sat down with the guards to see the outcome

I believe Peter had curiousity, fear and loyalty all up in his head when he followed Jesus to the court. I don’t know what it means and how I can make it an application. Perhaps it is how I react when I see a Christian being persecuted and I just don’t know what to do. It just reflects us as humans and how fear can take over even if we know the bad events that are going to happen.

59 The chief priests and the whole Sanhedrin were looking for false evidence against Jesus so that they could put him to death. 60 But they did not find any, though many false witnesses came forward. Finally two came forward 61 and declared, “This fellow said, ‘I am able to destroy the temple of God and rebuild it in three days.’ ” 62 Then the high priest stood up and said to Jesus, “Are you not going to answer? What is this testimony that these men are bringing against you?”

Jesus was accused of many things but he kept silent. Even the charges that he received were the truth. I think it is very bold for Jesus to remain silent and respect authority. He never mentioned anything until he was told to speak. I am in awe at how much Jesus went through without grumbling or retaliating, his actions really reflected the truth that he preached. I could only pray to be as noble in accusations.

I think Jesus is amazing and very graceful. Hope you would like to know more about his sacrifice. DM for bible studies that really changed the perspective of my hear towards God.

Theres already a part two to Curious. It’s linked on my masterlist.

Part three is what I need to get posted 🤗

Does anyone else feel nauseous everyday? No I’m not pregnant and there’s literally no way I could be.

Should I bring this guy back to be more active?

#Curious, #if there's interest outside of playing him on discord
5 notes · See All
Next Page