Care to partake in some OCs?

I haven’t posted over here in awhile and I got some things scattered around! 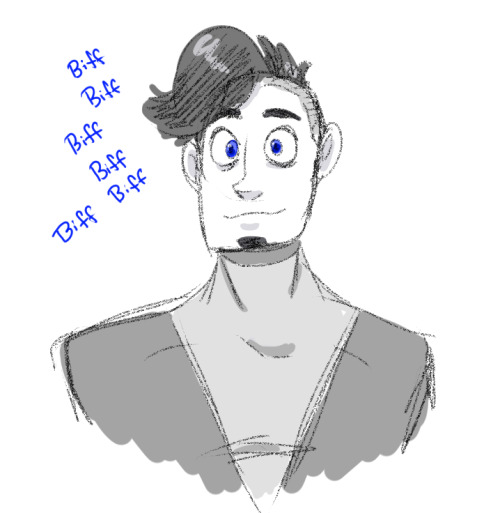 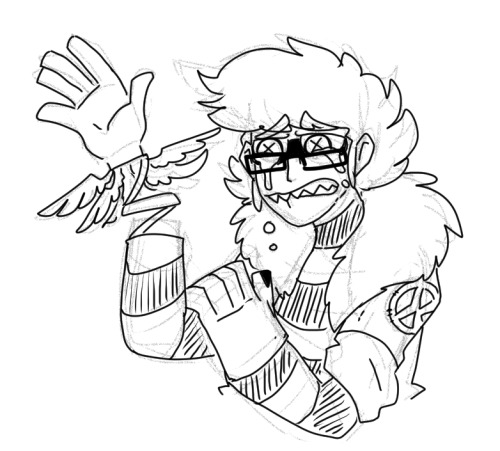 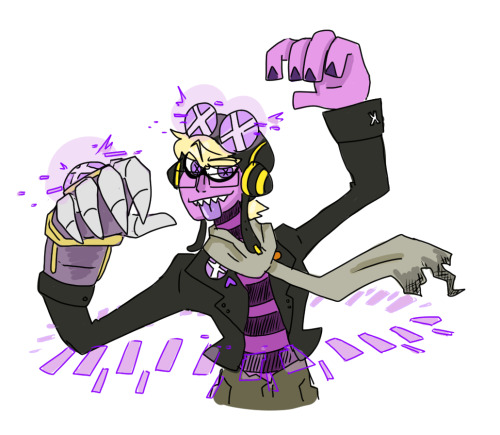 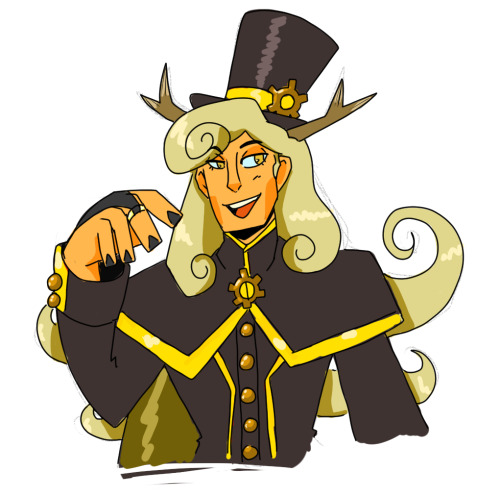 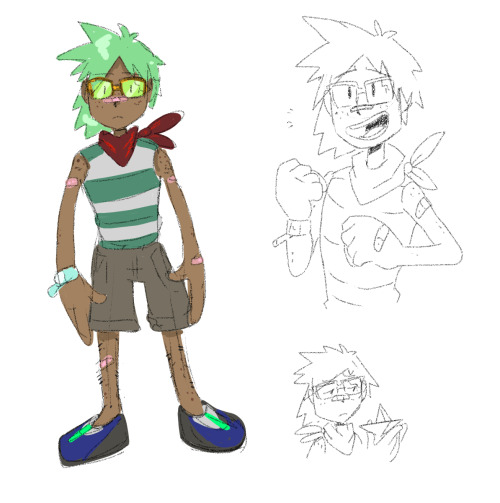 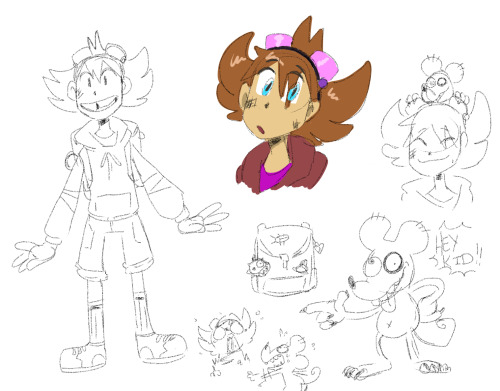 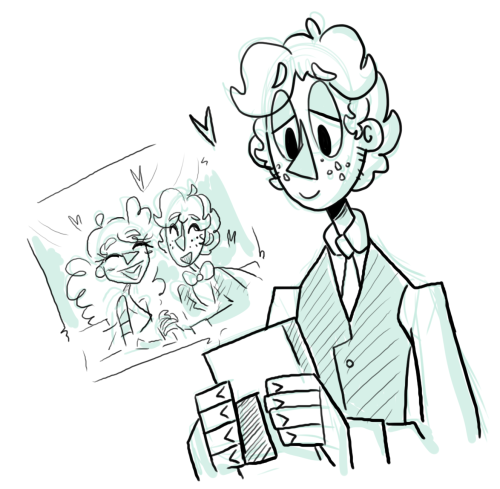 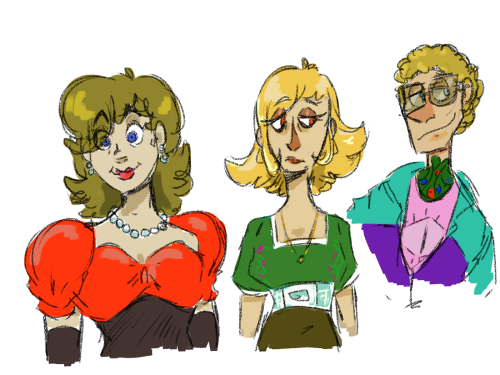 Moss: what scares you that most?

orandge: the unstoppable marching of time towards our deaths

Todays English word of the day is: Terse 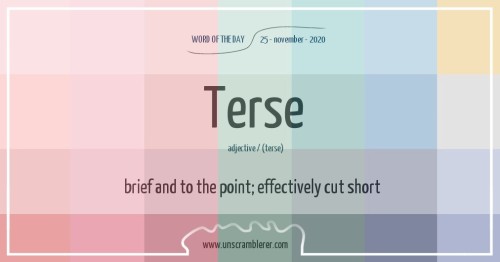 See. I learned. I did a heavier work out, but ultimately still a light one. I ate a small breakfast and went about my day. I graded some papers, which took a little longer than expected. I conducted hygiene. I reviewed my lesson plans for the day.

It went well I thought. Still can’t talk about it, because the children, but highlights:

I finished work and got contacted by an administrator who is technically my boss in a strange bureaucratic fashion. My position is confusing and I’m currently accountable to a lot more people than I should have to be, but I have a job in a whole ass pandemic, which is dope. A good job that I’m proud to do no less. But essentially, guy contacts me, says we need to talk, I say sure, he ignores my calls. It’s also about to be a weird conversation because I think he wants to transition me to doing less work for, like, some contract reasons, but I’m doing well in the classroom and we just finished a rest of semester plan earlier today, so like I don’t want to do less work. It’s gonna be a weird conversation.

After he ignored me I went to the park to make sure I get sunlight today. The park was totally shaded but the church on the corner was sunny so I sat on the steps of this ridiculously grand church in the middle of Baltimore smoking a cigarette cursing the cold. The temperature dropped into the 40′s today. Like I don’t think it got over 45, and I suck at the cold, and I don’t really have the best cold weather clothes. I went out there because I know I need sunlight and vitamin D for my well being, but shit if it ain’t a trip staring at the sun and not feeling the rays on your face.

I went back to my apartment. On the way I called my landlord to see if any of the past tenants had left behind any space heaters because I was shivering all day today. These southwest bones are not keen to this shift in the weather. Well, apparently my apartment does have heating. It doesn’t seem to be working, but my landlord is sending out an HVAC guy to see what’s up and get me warm for the winter. So that’s a win.

I had some school work I wanted to do in order to stay ahead of schedule, but instead I got a text the other day from a woman I’ve been seeing about a sketch comedy show called “Aunty Donna’s something something house of something” and there were only six episodes, so I watched it. All of it. It’s hilarious, highly recommend.

Then, I went to the grocery store. This woman who does not like me (for very good reasons, mind you. If you’re reading this blog and are noticing a pattern it’s real, but not in the problematic or stereotypical ways I swear. But, no, seriously, it’s not like that.) texted me to ask about some stuff in my neighborhood. It was a very curt exchange. I’m pretty sure that’s the wrong curt, but it looks funny so I’m keeping it.

I came back and cooked my food and ate all of it. I ate a whole pound of meat and box of hamburger helper and drink a bunch of milk and just felt fine. I watched Seth Myers recent interview with Lewis Black. It was more just a plug for Lewis Black’s new special, which I will watch, because the dude’s hilarious and reading and listening to his autobiography multiple times, in a row, was a formative part of my youth. Then I played some Crusader Kings 3. I lost within an hour. It’s a complicated game.

All in all the day was successful professionally, lowkey personally and lazy academically. I’m fine with it for today. I just can’t have this continue into tomorrow or the next day. I’m not actually worried about that because looking at my lesson plans for tomorrow, I’m really fully planned and have nothing to grade, so when I wake up tomorrow, instead of grading papers or reviewing work school work, I can just play catch up on some of the little things I need to do for my school work. And that’s my plan.

I didn’t do any writing, but I really don’t expect to do much for a few weeks because of the fast approaching finals and how work is looking. Feeling good about things as I head to bed.

i see you are an anon of culture

you ain’t seen nothin yet! (literally. because he doesn’t appear until the first day of school lol)

Curt was a giant crybaby until at least the age of 12.

He does not still have a boyhood crush on his and Heidi’s second nanny.

Yes, the reason he gave up skateboarding was because Rupan/Rohan roasted him so hard that one time he ate pavement in front of them. (He will deny this one until the very day he dies, and one day beyond that for good measure.)

#lovely anon, #answered, #curt, #i apologize for the twist anon lol, #curt is good shit👌🏾, #I try not to have faves but likeee......
23 notes · See All
emersonfreepressAnswer

“Oh… It is?” Devious grin grows, then vanishes. “Wait. Adorable like a little kid or adorable like ‘take me now?’”

#you're referring to his dumb treehouse right? 😂, #lovely anon, #curt
18 notes · See All
incorrect-foh-quotesChat
Curt, over text: ;) Open the snapchat I just sent you in private
Owen: Curt, this is just a picture of your dog
#curt, #owen, #source: unknown
5 notes · See All
chaos-family-incorrect-quotesText

Sam: What if it bites me and it dies!?

Sam: What if we bite each other, and neither of us die?

Cenn: Imagine if someone handed you a box full of all the items you have lost throughout your life

Green: Oh wow, my childhood innocence! Thank you for finding this!

Sam: I knew I lost that potential somewhere!

Ora: My moral code, is that you?

Cenn: I was just gonna show you this cool trunk my mother left me but do you guys need a hug?

Sam: Bridge the generation gap by combining old and new slang into one!

Ora: Mood to the max!

Rina, annoyed: Groovy, I hate it.

Green, just as annoyed: If she breathes, she’s a square.

Ora: You all sound like robots, try spicing it up a bit.

#not countdown, #I know orange, #cerse, #ren, #cenn, #ty, #Virgil’s curtains, #Roman’s confidence, #curt, #<- not in any particular order btw, #also I don’t mean to offend anyone with this i just deadass have horrible memory, #chaos family, #ask
2 notes · See All
chaos-family-incorrect-quotesText

Cop: You’re receiving a ticket for having three people on one motorcycle.

Ora: Listen, I can explain…

Green: You guys are getting paid?

Cerse: Fitness tip: never stop pushing yourself. Some say 8 hours of sleep is enough. Why not keep going? Why not 9? Why not 10? Strive for greatness.

Anny: Next time you’re working out do 15 push ups instead of 10. Run 3 miles instead of 2. Eat a whole cake instead of just a slice. Burn your ex’s house down. You can do it. I believe in you.

Curt: there were so many mixed messages in that I can’t-

Ren: I know you snuck out last night, Ty.

Curt, pouring milk directly into the cereal bag: And you thought I could help?

Sam: Treat spiders the way you wanted to be treated

Curt: *Takes out knife* Kill it without hesitation?

Curt: honestly the idea of doppelgangers is scary but if I saw myself I probably wouldn’t be that terrified. Like, I know they can’t run for more than 3 minutes straight. I know they can’t do simple maths. They’re not going to do anything. They don’t even know what day it is