Trending Blogs
#dabi bnha
grembitcText
#no capt, #i really dont know how to caption this, #had a meme idea in thr middle of class and this came to br, #be*, #well, #bnha 267, #bnha spoilers, #bnha manga, #mha dabi, #dabi is touya, #dabi bnha, #dabi, #bnha dabi, #dabi's black speech bubble, #i dont know if i regret this or not
15 notes · See All
washloadText

this looks awful because i have a killer migraine but like. does dabi do the ⬛️⬛️⬛️⬛️⬛️ thing often?? 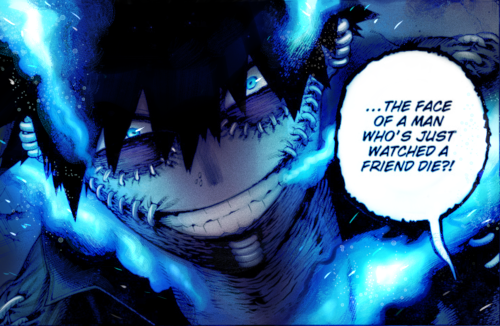 Chapter two is out !

Third time cosplaying this guy during the quarantine.

**bnha manga spoilers ahead and some angry tears**

[Inhale] fuck. Y. [Screams into a pillow] [pulls out my “not murder board”] HE IS TOYA. THAT SPEECH BUBBLE GOT TO SAY SOMETHING ABOUT “i am toya” OR “i am your savior’s son” (as shown in a comment which I suspect was probably photoshop) I am screaming. What the hell?

But. How did you know his name?

I made a purely Dabi chat for Dabi hoes.

Fanfiction authors/readers (myself included): “what do u meaaAAN?! DaBi is BABEY anD DeErvEs the WwoORRLLLDD I LOVE HiM.

Screenshot taken with The Sims 3, edited with Photoshop. 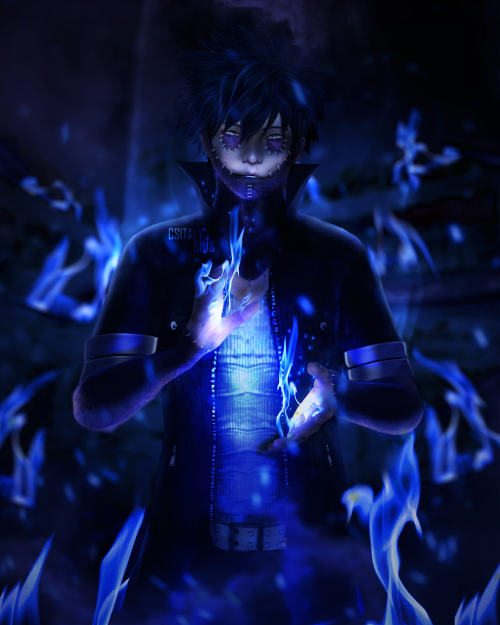 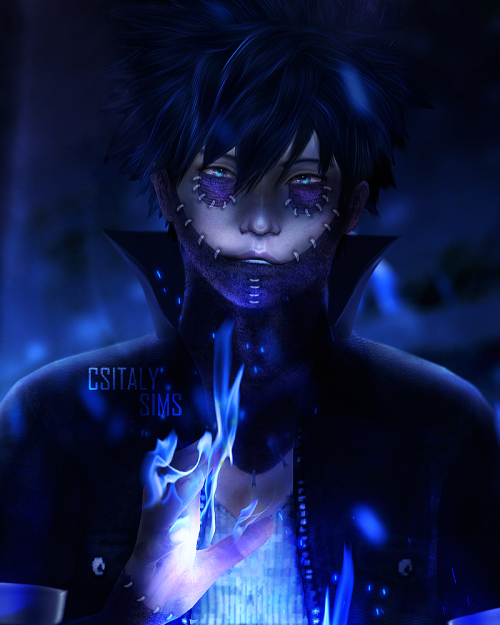 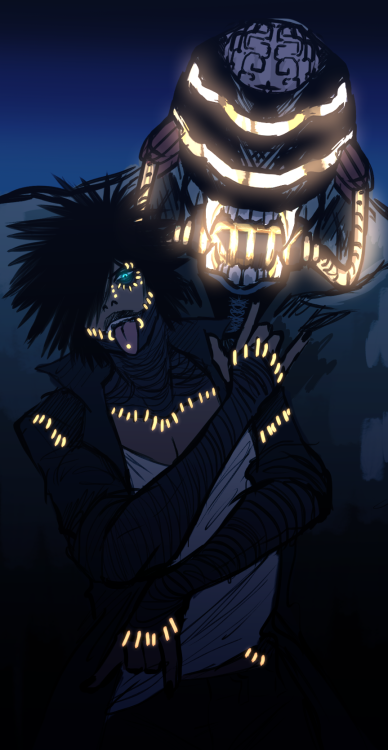 #dabi bnha, #safebnha, #safemha, #dabi, #little kitty, #noumu is just baby, #i wanna write a fic with these two since i love monster/human friendships with my whole being, #also protip don't look up any kind of fics with noumu and other chracters ppl are goddamn freaks, #and you WILL want to call the fbi on some of em lmao
496 notes · See All
regulusrainText
#Bnha 267, #Dabi, #dabi bnha, #Mha dabi, #Mha, #Bnha, #my hero academia, #boku no hero academia, #First time using this reaction image, #And hOLY SHIT IT IS CONVENIENT, #Because I SCREAMED, #Honestly I wanted to EXPLODE you have no idea
79 notes · See All
nalaniboiText

First off before I cried went omg this is a win for wlw and the bi omg Miruko hot sis,I’m gonna wait and see if someone makes more edits of her

Second y’all my wish came true and I cried ,idk why I even bother we all know I’m a crybaby,if the wing’s of Hawks are burned to COMPLETELY it would be BETTER for us the dabihawks shippers Bc we get angst-especially me sis-,also I can’t stop thinking that in someway it means something like his wings was the major reason why he became a hero and now if they are gone it could mean he is somewhat finally free from the grasp of the hero commission BUT as is stablished hawks was barely a teen when he begun to train to be a hero meaning that he prolly does not know what to do when he stops bein a hero that’s just my theory A GAME THEORY.

Second holy shit the details I loved them so much I cried HARDER especially with the confirmation of Twice being dead since he grew on me later on,I have the feeling of Dabi’s gonna now be also a traitor to the villain group since he states that he never cared or he is just so mad now at hero society that even the ideals of his group did not fit the ones he had planned

Third y’all cried for baby hawks I cried whenever I remembered he prolly did not have a normal life let’s wait for the anime to make a great animation of this or I’ll riot,I have read a lot of sad characters with terrible infancys but Hawks hits me a lot due personal reasons he gave up his name and life in order to train ,we don’t know how awful was the training we can only imagine what they did to him and thanks to the anime there are hints of even blindfold a probably 5 to 8 boy so we can have a small picture of what was like.And yet he looks happy with this opportunity of becoming a hero and get into the present where we see a burned hawks which was a nice transition I think

In some way the fact he stopped being Keigo Takami when he was younger could mean 1.he is not a person but rather a tool for someone to archive want they want and he would never object nor disobey the orders he was told,2.He was barely developing most of his normal skills as a kid imagine your suddendly have a severe physical training and lack of any parental love(seems like he already suffer it tho?) and now you crave for the approval of complete extrengers,it breaks my heart imagine how hawks could have a different life and a different personality(someone made a post where they talked about all the personalities hawks had shown that was neat)

Fifth y’all Miruko stans won sisters you eat like kings and queens today I mean Miruko’s a fucking great character so far and her design is amezing I mean did you saw the cover did you saw the panels she is on????amezing Queen I will kiss where you walk Miruko.

But now I’m worried about her she went and charged at multiple nomus and now she might be severely injured from the leg which is where a lot of her powers come from but that Bc she is on a mission,I hope we get to see a flashback of why she choose to be a hero a incredible one at that.

Sixth I dislike endeavor due myself coming from a abusive home but now I’m giving him the benefit of dabout due their current situation,this panel is one of the best yeah due Miruko being there but it shows something important “Never give up” its a important thing from any franchise that involves heroes right now a lot of the heroes are injured and probably tired of the fights,and lets not forget they bringed KIDS to the fight,Miruko was fighting as I said with multiple individuals but that didn’t stop her at all it made her fight more and reach to where the doctor and Shigaraki are she is now more hurt and as someone said she has a matching scar to endeavor and hawks,and now with endeavor idk what to say really he is a awful person yet he is not giving up in his fight,he never had give up fighting even when all mighty was number one he didn’t stop trying to take the number one spot,I belive he will get overpowered and still would give up maybe if Touya theory is right and Dabi goes berserk endeavor might try to fight him trying to mend what is billon pieces.Heroes never will give up as long as they can still fight and for now even if I prefer the villans I’m siding with the heroes.

Now I will wait to see what’s the outcome with my heart on a sleeve hoping for the best for Miruko and Hawks,I’m begging any of villans stans who are angry at Hawks to see in what situation he was yes it’s also bad from him but he thought it was the best as for Miruko honey I will pray for you to be able to survive and reach your goal.For now I will seek refuge in any fanfic that revolves about them not matter if it’s a shipping one or a poetry one

Official translation and Dabi has been officially cancelled

Me when my parents ask me about my last math exam

base sketch/lineart for a portrait i’m working on of a CERTAIN estranged Todoroki ;)
“Left Hand” and “Headstone” by Flatbush Zombies as well as that moment when his Twice clone melts in front of Aizawa are BIIIIIIIIIG vibes workin on this bad boy
stay tuuuuuuuned for the final product ;) ;) ;) ;) ;) ;) ;) ;) 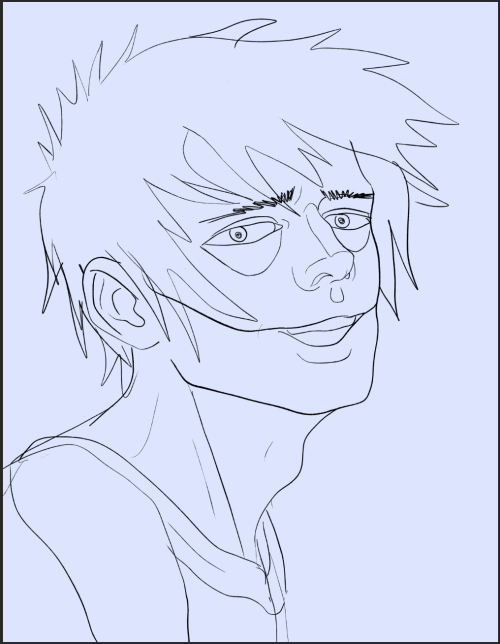 An actual reaction of me after seeing Dabi’s blurred out text:

(An actual representation of my 5"1 dumbass)

My addition to the Dabi is Touya Theory.

It begs the question. How does Dabi know Keigo’s name? Well here’s my theory.

So we all know Keigo was in this government mandated hero program. So since Touya was deemed a fail Endeavor enrolled him in this program (cus what else do you do with your dissapointing children?) So with the gruelling training they put the kids through Touya overused his quirk and burnt the crap out of himself. Of course he ran away to avoid further training growing to despise hero’s and the system. He could have met Keigo before her ran away.