So, Dabi knows Hawk’s real full name. Which I’m guessing is not public knowledge, especially since Hawks was basically raised by the HPSC/gov’t. So…..how does Dabi then know his name? Cause Hawks is all like “yo wtf how does he know my name WHO THE FUCK IS THIS MOTHERFUCKER??”

My theory is that Dabi and Hawks have met before, back when they were children. Dabi (in theory) is the son of the current #1 former #2 hero, so he’s been involved in hero society since day 1. Hawks was raised by the HPSC, therefore always involved in hero society. So who’s to say that they didn’t meet as children. Maybe shit-face flaming asshole was attending a meeting at the HQ, or maybe the HPSC wanted Hawks to have a friend so they chose someone from a trusted hero family. who knows?

I’m imagining Hawks confronting Dabi like “how tf do you know my name??” And Dabi reply’s something along the lines of, “you told me yours a long time ago when we met. After all, I was the son of the former #2 hero and you were raised by the HPSC so we were bound to meet.”

And then Hawks can have a whole *shocked face* “Touya? Is that really you? Touya Todoroki?” moment.

I wrote this before I learned that Touya’s hair is actually white in canon but here you go.

When Touya was younger, before his quirk developed, that was something he loved to hear. He did look like his father. And he was proud of it. It was a blessing, his mother had told him. After all, Enji Todoroki was a hero.

After his quirk developed, Touya discovered that ‘hero’ wasn’t quiet right. His father was something else to him. Something he couldn’t find the name for.

His blue flames had set his father’s eyes ablaze with something the small boy couldn’t quite comprehend. It was accompanied by brutal training and harsh words, cruelty bleeding out of his father.

But his quirk was wrong. It was off. Touya was flawed. Broken. The disappointment in his father’s eyes stung deeper than the burns littering his arms, lingering evidence of a body not suited for his flame.

In spite of it, training didn’t stop. His father was under the impression that perhaps he simply needed to get it under control. Then, his father would murmur, then he’d be perfect.

And what child didn’t want to be perfect?

The life he knew before his quirk, before the training, quickly deteriorated. He was pushed until he couldn’t be pushed anymore and then some. It hardly came to an end until his mother would appear, quiet sobs and cool hands, trying desperately to protect her precious son.

But nobody could protect her.

And as he grew, as his siblings were born, he still looked immensely like his father.

Though, it wasn’t until his mother started to flinch at the sight of him, refusing to meet his brilliant blue eyes, that he realized maybe it wasn’t a blessing after all.

It was then that he figured out what Enji Todoroki was.

As much as I love the Dabi is Touya theory, I think it would be incredibly hilarious if Dabi was some random guy.

There are very few people in the BNHA fandom that I’m aware of that don’t believe this theory. So just imagine the sheer chaos and rage that would occur after the big reveal.

I almost want it to happen just for the hilarity of it.

A/N: This is part of a bnharem collab and you can read the rest of the pieces here.
Warnings: Body worship, slight praise kink, and a tiny bit of Daddy kink. 18+, obviously.
Word Count: 3.6k

Being in a notorious villain group meant that not much scared you. It wasn’t just any little thing that could make the entire squad bunker down in the hideout for weeks on end.

Police patrolling an area? Who the fuck cares?

Pro heroes out looking for you? Child’s play.

Annoying high schoolers meddling in your plans? Annoying. But still not scary.

Pandemic sweeping across the globe? Okay. NOW you were scared.

It was going on five weeks since Shigarki had used his leadership powers to declare a lock down on the League of Villains hideout. The entire world was shutting down and people were panicking left and right. Not the kind of panic your group enjoyed invoking. No, this was something that even villains couldn’t try to take control over. So after sending Toga and Twice out for an insane amount of supplies, snacks, and booze you had all settled in for the long haul.

The plus side of this was that you got to spend a lot of quality time with your boyfriend. Being partners who often got sent on missions together meant that you weren’t exactly away from Dabi often; but you didn’t always have the luxury of just enjoying each other’s company.

Dabi, for all intents and purposes, was a very guarded individual. He may have decided long ago that he would trust you with his life – but that wasn’t saying much. You had decided to use this time to see if you couldn’t get him to trust you with more of himself. You had a praise kink, and this self-hating son of a bitch wasn’t exactly up for indulging you.

Anyone else notice these parallels? I feel like Dabi’s trynna tell us something

So my headcanon is what if somehow Natsuo and Touya share a body ???

There’s theories going around that Dabi might be a noumu so what if the Doctor experimented on Natsuo and somehow made it so that dabi and Natsuo share a body ???

Like what if Natsuo is really Dabi wit Touyas motivation ???

Like what if they both got hurt and the doctor found them but realized Touya was going to die and he begged the doctor to save his little brother ???

What if the doctor took Touyas quirk and mind and placed it in Natsuos body and now hes sharing it wit his brother without even realizing it ???

It would explain why Natsuo can hear Touyas voice …

Like dabi left when he was a preeteen and hawks was taken by the commission when he was 8? So theres a short window of time endeavor couldve taken touya to see his job or smnth and met hawks

Anyone else going ape shit over the next hint for the Dabi is Touya theory?

So you know the rule in theater where if a gun is loaded in the first act, it must go off in the third? That’s what the Touya reveal feels like. We have the loaded gun with the shrine, the father atoning, the Hawks betrayal/murder of twice, now we’re just waiting for Horikoshi to pull the trigger. LETS GO.

I have been working a lot on commissions lately + Corona has closed down my country and I’m at my parents house without my computer, so I haven’t been drawing a lot digitally :0 but have been doing a little!

this is the third time dabi has referred to someone he fought with their full name, the first two being endeavor and todoroki and the fact that hawks was surprised that he knew means that this isn’t public knowledge and hawks never told dabi so does that mean dabi already knew hawks and hawks doesn’t know? because if it was an information leak, i feel like more pertinent information than just hawks’ real name would’ve been leaked, like the whole plan we’re seeing right now

this means dabi couldn’t have been a civilian, how would a civilian know a hero’s hidden name? he must’ve had someone with access to this information which just further strengthens the dabi is a todoroki theory

@rise-fall-rage-and-repeat and I had a lovely conversation about Toya Todoroki/Dabi’s parting words to his father when he disappeared; “May all your chicken strips burn.” I turned it into a comic about Dabi unintentionally cursing the entire Todoroki household to forever burn all their chicken strips. You’re welcome. 🤣

Hawks and Dabi/Touya backgrounds! I REALLY like how the Hawks one turned out. 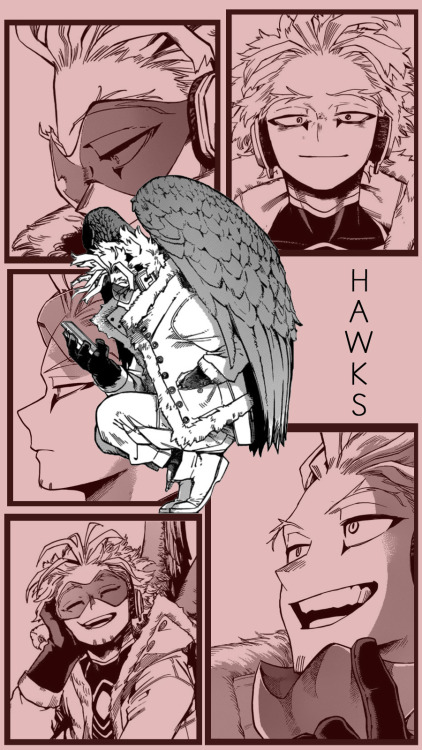 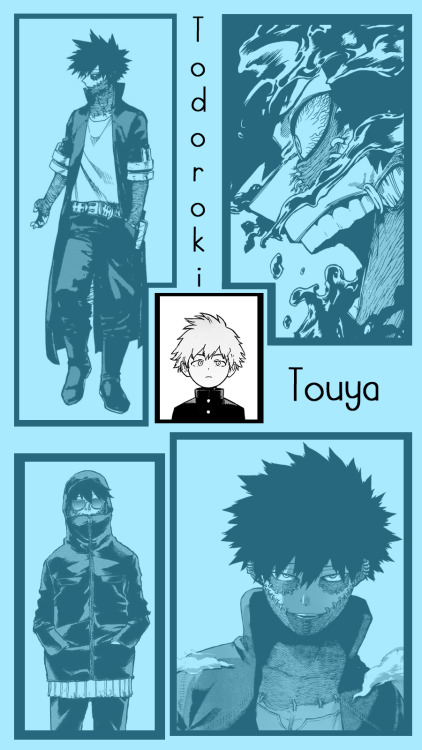 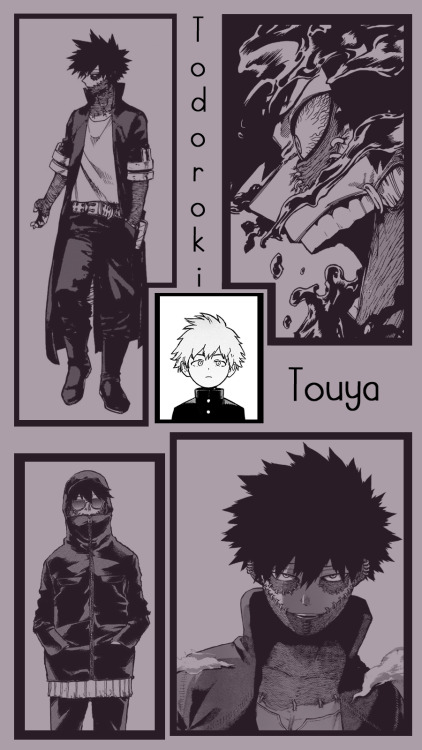