Warning: I wrote a stupid drabble again and it sucks, but hey I’m writing again! Don’t read this is you hate gay smut!

I should stop. I should seriously stop.

And yet here is another lashton video (with a little (just a little) more editing) because I’m a lashton sap.

Ashton likes holding you, likes that you’re shorter than him and you have less of a tendency to get feisty. Luke on the other hand was always trying to get a hand on something.

So it makes for an odd morning when he lets you go because Luke was whining he wanted to be with you.

“I’ve got work to do anyway.” Ashton murmurs, kissing your cheek.

“I thought we were on vacation.” You remind him.

Warnings: This is boyxboy (Lashton), so please do not read if you hate gay smut sorry!!! Also SMUT. I think that Luke looks like Angela from American Beauty, so this is inspired by her…not the whole movie! Enjoy!

The title is from an unreleased Lana Del Rey song called “Because of You.”

It’s a lil short because it’s supposed to be…

Why don’t you make me

Warnings: breeding kink, daddy kink and a bunch of other stuff I forgot lol

Why don’t you make me

You had gotten yourself into a lot of trouble and you knew it too. You and Ashton were at home, having a relatively quiet day until you had gotten into an argument about something so stupid you couldn’t even remember what it was. You were yelling and back talking at Ashton left and right, which only made his dominant side come out even more than it normally was. He walked towards you and held your jar tightly in his hand, “You better shut that dirty mouth of yours Sweetheart before it gets you in trouble.” For some reason him saying that ticked your bratty side, as you look up at him deadpanned, “Why don’t you make me?” That was all it took before he had you up and over his shoulder, and walking up the stairs towards your shared bedroom. Being the brat you were, you weren’t going to let him do it that easily resulting in you weakly hit his back and telling him to put you down. He walks into the room and throws you on the bed, knocking the breath out of your lungs. He reaches under the bed and pulls out a all too familiar black velvet box, this box was only seen when you were in deep trouble, and at this point you knew there was no going back. Ashton opens the boxes and sets it out of your sight, so you can’t see what he’s going to do to you. He reaches in a pulls out a black ball gag and shoves it in your mouth before you can protest. “Since you can’t seem to keep your mouth shut and stop back talking, I’ll just take away your privilege to talk at all.” You whine and look up at him. “What’s wrong Sweetheart? Cat got your tongue?” You groan and roll your eyes. Ashton knew exactly what he was doing, he knew you loved when he got dominant and did whatever he wanted. He also knew how wet and horny it got you when he would tease you and treat you like a toy. He then reached into the black box and pulled out your favorite set of black and red restraints and showed them to you before tying your hands to the headboard and each of your feet to a bedpost. Ashton looks down at you and rubs his hands up and down your thighs so slow, making you buck up against his hands. He smacks your thighs and rubs right over your clothed core. You trying pleading as best as you can with the gag in your mouth. “I can’t under what you’re saying when you mumble Pet.” You glare at Ashton for that comment resulting in him towering over you and staring down at you. “You’re gonna drop that bratty ass attitude right now or so help me god, you won’t walk straight for a week little girl.” You roll your eyes as if saying we’ll see about that. Ashton grabs and literally rips your shirts and legging off your body, tearing the in half and causing you to whimper underneath him. “Oh, you didn’t think I was serious? That’s funny. Since you can’t talk, if you need to safe word at all shake your head a couple times and I’ll stop. Other than that, sit back and take your punishment like the little slut that you are.”

Daddy Ashton is my favorite

who told him he’s allowed to look THIS good?

Who does he think he is-

He’d be trying so hard not to be sobbing, but he can’t help it. It was his baby girl graduating right before his eyes when it felt like yesterday that she was just born.

He watched her grow and become her own person, but he also helped her when she fell. He was, as she called him, “her guardian angel” because he was always there. If he was halfway across the world, he’d talk to her everyday so she wouldn’t forget his face.

He would suck it up and you bet your ass he would make all the noise in the world when her name was read and she walked across that stage.

But he would throw her the best graduation party and tell her that he was so proud and that he loved her so much. He would hug her tight and sniffle a little and that would set them both off because they’re so connected.

(I’m gonna be finishing the concept night soon! I won’t be able to answer all of them until after the Plus Sized Blurb Night)

#5sos, #5 seconds of summer, #ashton irwin, #ashton irwin concept, #daddy ashton, #concept night, #my writing, #answered, #thesensationalcalum
23 notes · See All
jellygemzAnswer
whenever u & older man Ash fuck, ur telling him he’s so nasty for fucking u “daddy, ur so fucking nasty. an older man like u shouldn’t be fucking a little girl like me”

He would tug your hair HARD so your head is by his ear and start growling “but you love it, don’t you? A little girl like you loves getting turned into a little cock slut. You need a dirty old man like me to satisfy your hungry little pussy. You just fucking love it.” And he’s so big he literally feels like he’s breaking you in half OUCH I need

ashton is my whole kink

ummm so i don’t do this but like i’m finna take a risk so. i’m emma and i like dogs like a lot. and ashton is my daddy so yeah :)

#daddy ashton, #i hate myself, #please kill me, #why am i doing this
0 notes · See All
sexyklainesAnswer
THE NAVY POLKA DOT SHIRT FUCK ME UPPPPP

LETS FUCKING DO JUST THAT. Like my son Ashton always look like an absolute DADDY but lately with the whole button down, ceo look and huge biceps he LOOKS EXTRA DADDY.

#ALI GRACE TEA, #Thats the tag for this, #I LOVE YOU THANK U S MUCH FOR THIS, #DADDY ASHTON, #ASHTON IRWIN
8 notes · See All
hemmoangelPhoto

please send me pretty pictures of lu or your favorite things about him :,) 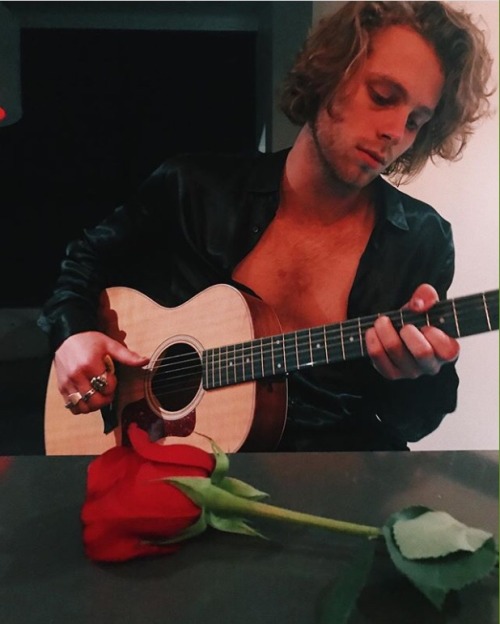