Jason: holding Daiman underwater Where’s our parents? Did they die or not? We heard that Batman killed everyone that was in the way of him kidnapping kids, but we found reports that Tim’s mother is alive, with a different name, in hiding. Where’s she? What her new name?

Daiman: I’m not telling you, dickhead!

Tim: throws daiman back into the boiling water and hols him No More lies, no more stories! Give us the TRUTH!

Daiman: No! How the da flip am I suppose to know?

Tim: Because you were there in all of them.

Damian: What’s wrong?! Is it the fact I killed her, turned her around and made her mine.

Daiman: Shes was soooooo tasty licks his lips She tastes like vanilla…

Tim: He’s a fighter cocks his gun I admire that

Tim: Lets see how he does when he’s under hot water.

Tim: boils some water in a giant pool

Jason: throws Daiman in the pool

“Seriously?” Tim gestures to his uniform covered in black plant matter, the goop matted in his hair and dripping in places that no one wants plant goop to drip. “This is what you call fine? If you were really so concerned about Ivy’s escape from Arkham, you would have sent me with backup.”

“I knew you could handle it.”

“No, you knew I was just gullible enough to do the scut work you didn’t want to do.”

(Tim is acting more angry than usual for some reason. The Batfam can’t figure out what’s wrong with him until it’s almost too late.)

“Can you hurry up? I want to wash this stuff off of me.”

“In a minute.” Bruce preps the syringe, preparing for the blood draw. “Hold out your arm for me?”

Tim obeys, rolling up his sleeve. “This wouldn’t have happened if you’d been there, you know.”

Bruce sticks the needle in, ignoring Tim’s wince as he draws a vial’s worth of blood. He hands Tim a cotton ball to press to the injection site. “I told you, I needed to be at that fundraiser. Trust me—if I could have gotten out of it, I would have.”

“You just didn’t want to deal with Ivy.”

“You handled yourself fine out there.”

“Seriously?” Tim gestures to his uniform covered in black plant matter, the goop matted in his hair and dripping in places that no one wants plant goop to drip. “This is what you call fine? If you were really so concerned about Ivy’s escape from Arkham, you would have sent me with backup.”

“I knew you could handle it.”

“No, you knew I was just gullible enough to do the scut work you didn’t want to do.”

This is not even a new or like original idea but I’m gonna say it anyway now we have Dick Grayson back & Damian Wayne has quit the mantle of robin………. I mean dc don’t be shy give us Nightwing and Flamebird. Like to me Damian has always been Grayson’s Robin, he opens up to Dick more than most people. They’ve always had such good chemistry and they work well together. My personal opinion is that I hated Damian as leader of the titans, I don’t think he’s ready yet for a being a leader or even being part of a team, I think he still needs like stability and guidance from having a partner. Which I think Dick will give him. Thanks for coming to my TED Talk

Spooky season is ooon !!! 😊 and is is Bottom Damian Wayne Week!!

Remember starts on the 31st October!!!!

since Damian is part Chinese, what if he celebrated Mooncake Festival?

Happy Mid-Autumn Festival to all, hope you are all safe at home with your family ^_^ 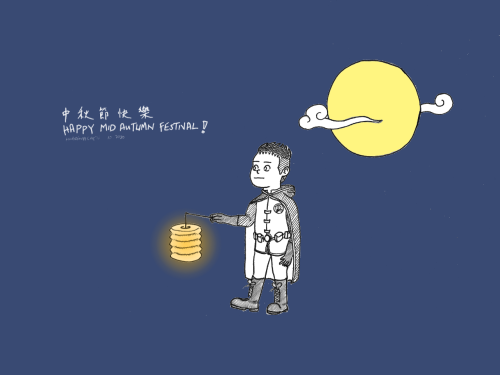 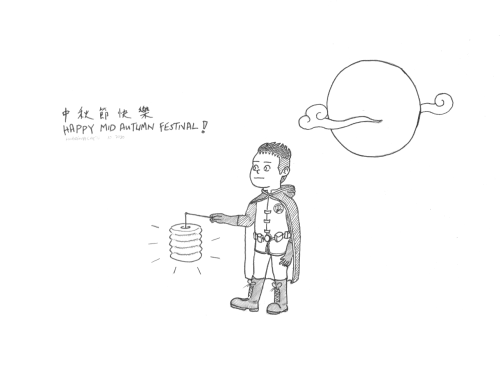 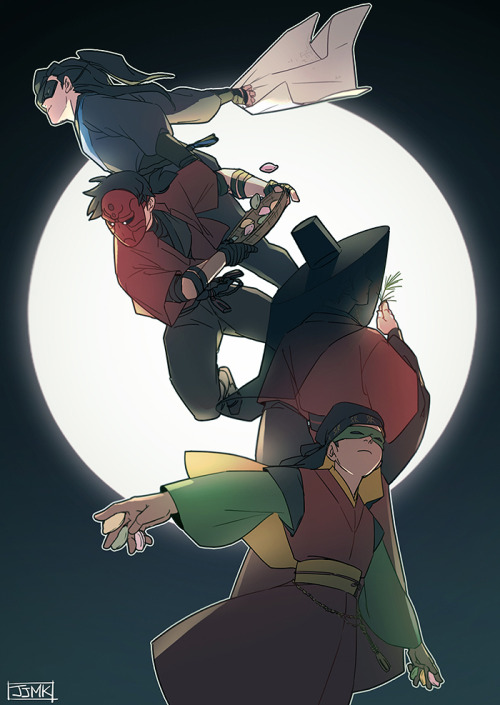 Another fanart of The Bats of the West by @geekinthecorner ! Kind of a challenge to draw all these horses but i guess it was worth it! @batfam-big-bang

Author’s Notes: Written for the @flufftober prompt, “In the Shadows” I hope you enjoy <3

Summary: Damian agrees to play the game of “Hide and Seek” with his siblings. He is having fun. Until it goes a little sideways.

Hiding in the shadows, trying to not get spotted and win first place was not meant to be a competition. It was meant to be a game, and Damian was slowly starting to enjoy and appreciate it.

He was proud of his hiding place. Inside the T-Rex. Hiding in the shadows and being one with them, melting into the surroundings.

He knows that he wouldn’t be found here. Nevermind the small fear always lingering that maybe they would not even want to find him. That they would be actually happy to not have to deal with him anymore. Fair, Damian thinks. Who is he to mind others not liking him when he hates himself .

The hiding in this place alone does hide him from others but it also exposes him to his fears and insecurities. Because Damian has only himself for company. And many people can vouch that….Damian is not a good company.

He is blanketed in darkness, inside the t-rex. He is also bathed in darkness because of the bloodshed of his enemies that he had caused, his mind supplies.

Hugging his knees to his chest and curling up inside the T-Rex, making his small figure even smaller, he strains his ears to hear something other than the stretch of silence physically, while his ears bleed from the echoes of his victims’ shrieks. They are not here. They are not the ones making sounds right now. It is all in the past. But still, the shrieks and screams are all that Damian hears. There’s no escape. But he is not held down by anything either. 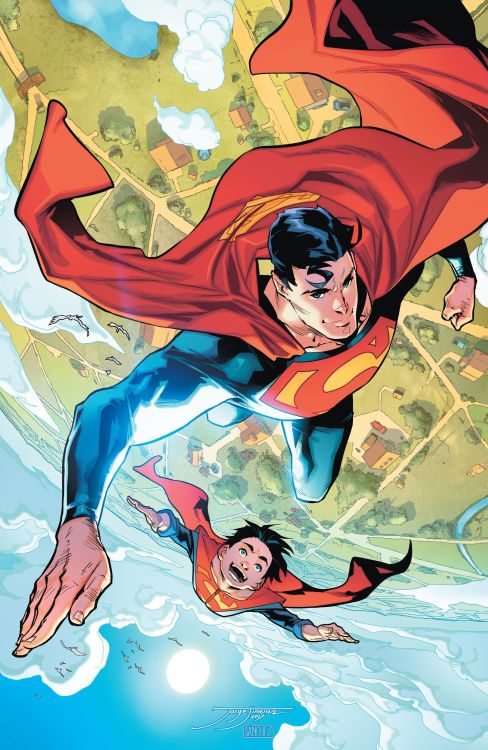 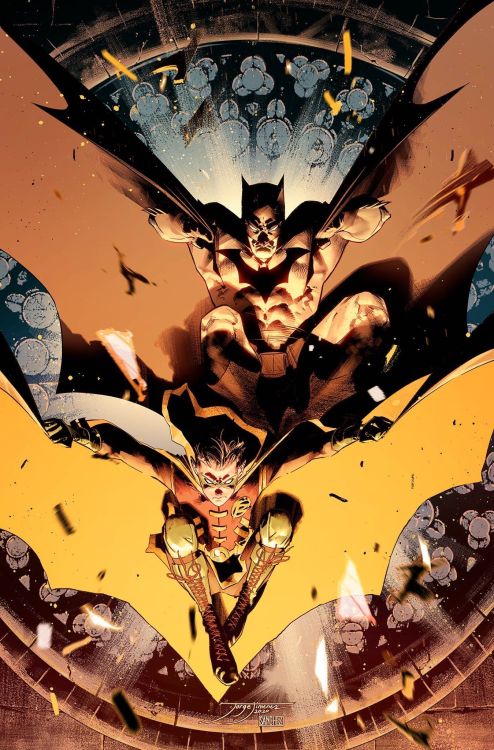 Chris, behind them: Hey Hal!

Hal: Hello niece who lives here and her three friends who always seems to hang out here and I am forced to provide for.

When Superman said this a small part of me died.

#because it is so true and Clark would know it, #damian wayne, #dceased, #superman, #clark kent
16 notes · See All
itslovingconnerkenthoursText

Damian: Do you want to play Among Us

Damian, pulling out a knife: I call Imposter

Steph wakes up with her hands strung up above her, every single cell in her body shouting in pain, the taste of blood on her tongue, and thinks, not again. Once was more than enough, thank you very much. She doesn’t want to do this again.

A voice that sounds suspiciously like Bruce’s tells her to catalogue her injuries, review what happened that leads to her being here, and analyze where she is, who took her, and how bad the situation is. She is tempted to ignore that voice out of spite, but another voice that sounds suspiciously like Babs’ tells her not to be stupid and just do it.

She does it. She is not foolish enough to ignore Babs, even when it is just the fragment of her mind so used to getting Babs’ advice that it starts sprouting one of her own.

Okay. Bruised, maybe cracked ribs. A ringing in her ears that is the tell-tale sign of a concussion. Cuts and bruises all over her body. A gaping slash on her thigh, but nothing life-threatening. And of course, the afore-mentioned taste of blood in her mouth and just general aching.

#whumptober2020, #no.1, #waking up restrained, #dc, #fic, #no tws because i'm just getting started and there's (i think?) nothing to warn for, #stephanie brown, #tim drake, #damian wayne, #lian writes
27 notes · See All
anothertimdrakestanText

y/n: guys i really recommend poetry to help you get out your emotions and find a source of serenity!

tim: i wrote a poem once

y/n: o-okay. good start! way to dig into those emotions!

jason: MY TURN! when my ass is-

I imagine Bruce Wayne as an incredibly doting parent outside Vigilantism.

Dick wonders if he should buy a second apartment in Bludhaven and next day he gets ten whole apartment complexes under his name.

Jason likes books. Bruce has countless bookstores strewn all over the world with best books of literature, history, dramas and fictions so that Jason can get his hands on best books whenever and wherever he is when he’s running around all earth with outlaws.

Duke wants a peaceful vacation? He gets an entire island but peace is a faraway dream that Bruce, despite all his money cannot get, when his siblings decide to accompany him.