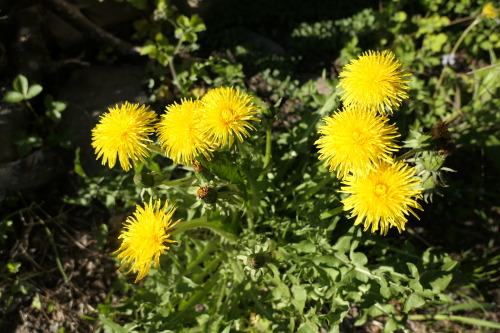 Okay so I know we love the idea of Jaskier drunkenly singing Hard to be the bard, but what about him ranting about Valdo Marx, to Geralt, to the song “God I hate Shakespeare” by Something Rotten

For this such wonderful work!

Well ain’t that a Dande’lion.

So, I’ve re-read all the Witcher books, and I must admit that I really don’t get some storytelling aspects of the show now. There are several important moments that are very different from the books and not in the best way:

“If there’s talk of a price, then I should be the one to pay. I assure you I can afford it. What do you ask, Geralt?”

“Duny,” said Geralt slowly, “a witcher who is asked such a question has to ask to have it repeated.”

So Duny clearly understands what he is offering, no? And Geralt knows what he is asking for, but he seems to follow the rules, albeit reluctantly. In any case, it’s not an accident, as it is in the series. (Again, why would you goddamn ask for something like that on your own if you don’t believe in destiny and don’t want trouble.)

I also mentioned that the Law of Surprise seems to serve a clear goal. In his conversation with Calanthe, Geralt admits he is just a foundling, not a child of surprise, and mentions something that gives a different perspective on the Law of Surprise :

‘Are all stories about the Law of Surprise myths?’

‘But you witchers do not stop searching?’

'No, we don’t. But it’s senseless. Nothing has any point.’

‘Do you believe a Child of Destiny would pass through the Trials without danger?’

‘We believe such a child would not require the Trials.’

So it sounds like witchers were looking for a specific child this way, the one who would continue their legacy while being spared the pain of the Trials. A rather different vibe from just collecting kids as a payment, I would say.

Jaskeir deserves to have a fight scene in the second season

I relate to jaskier because I too, am bisexual, only capable of silent yearning and terrible flirting, and also being excessively loud.

jaskier: let’s just agree to say i’m sorry on the count of three.

jaskier: see, now i’m just disappointed in both of us.

Yes, I made this character solely for the pun back in the end of February. She came out quite lovely and I’m happy with how she looks~
I think I named her Dahlia… or Delilah… I don’t remember anymore 😅
Well, are there any other characters I should design based on a silly pun~? 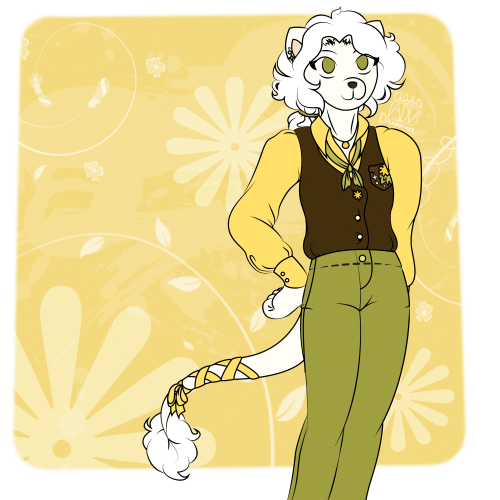 I love you dear writers. Thank you for all the hard work and lovely fictions😍❤

But i’ve got a question…

Why is that ALWAYS “Angst with a happy ending” ?

Jaskier’s songs live a long time after he dies, beloved by people and played by bards all over the continent. Geralt keeps traveling and hearing Jaskier’s songs in every city he arrives at and it breaks his heart.

He knows that Jaskier would be happy if he knew that his songs are still very popular.

Geralt helps a powerful mage and she sees Geralt’s pain and decides to help him, too. She tells him he will reunite with the love of his life. Her words make Geralt anxious and he chooses to ignore them.

He goes back to the road with Roach, walking towards the next city. A familiar voice stops him dead in his tracks. He turns around and sees Jaskier. He looks young, barely 18 years old. He looks exactly like he did the first day they met.

“Hi, Sir. Very intimidating sir with two very scary looking swords. Don’t stab me! Eh, excuse me for bothering you… But I just woke up in the middle of this forest and I have no idea where I am and how I got here… Last thing I remember is leaving Oxenfurt… Maybe you could help me? Where are you going? Can I come with you? Wow, your horse is incredible! Wait… You’re a witche-”

And Geralt just stares at him with wide eyes, holding back tears. He takes a step closer to the babbling bard and touches his face, just to be sure this is real. Jaskier freezes in his place, staring at him.

Geralt drops his hand, resisting the urge to hug the bard. “Let’s go” he says, turning around and taking Roach by the reins.

Jaskier immediately follows after. “Mysterious, huh? I like it!”

Geralt takes Jaskier to the nearby tavern and provides him a place to rest and to eat.

He knows that he will have to explain Jaskier what’s happening very soon. If this is Jaskier when he was eighteen, he will notice that something is wrong. That the year now is 1294 and not 1247. That everything around him has changed. That in Jaskier’s head, he left Oxenfurt to travel as a bard and woke up in a dark forest, after almost 40 years.

Geralt heard about this kind of magic, the one that allows you to bring back your beloved ones. If you did a very powerful mage a very big favor. Like saving her life. Geralt was grateful.

Someone in the tavern started playing Jaskier’s song. A song he wrote almost 40 years ago, when he was 25. Geralt froze in his seat, watching 18 year-old Jaskier’s expression carefully. Jaskier is listening to the song, brows furrowed in concentration. Geralt wants so badly to tell him that the song is his. That he wrote it 40 years ago and died since then and people are still playing it. But he can’t just say it like that. Geralt needs to explain Jaskier everything first-

Jaskier wrinkles his nose. “Ew. The music here is horrible”.

Geralt almost gapes at the bard. “You… You don’t like the song?”

Jaskier shrugs. “Eh. It’s alright. Nothing special. The lyrics are dreadful, though. Wonder what twink wrote them. So dramatic and sappy. I could’ve written something better”.

Geralt still doesn’t know that Jaskier is immortal now. That he will stay eighteen forever.

But for now he promises himself to do everything to protect Jaskier. He won’t let him get killed when he’s only 55. Not again.

He tells Jaskier everything and Jaskier takes a few days for himself, trying to settle the thoughts in his head. When he finally talks to Geralt, it goes like this:

“And that happened ten years ago?”

“And you’ve been traveling without me for ten years and then you saved some powerful mage and she brought me back to life aged the same as the first day we met?”

“And… You and I were married?”

“Okay. Good. Eh, this may sound weird because I still don’t actually know you well, but I like you”.

Geralt gives Jaskier a warm smile. Jaskier smiles back. Geralt can’t stop looking at him. He looks so young and beautiful. When he aged, he was beautiful too, but Geralt almost forgot how Jaskier looked the first day they met. Jaskier tilts his head to the side, watching the Witcher curiously.

“All those dreadful songs we heard in the past few days were really written by me?” Jaskier actually looks anxious right now. Geralt snorts in laughter.

Jaskier rolls his eyes and leans back in his seat. “I’ll write something better this time. You’ll see”.

Jaskier writes different songs and they are indeed amazing. Some of them become as popular as his old ones. Geralt likes his new songs, but the old ones still warm his heart, making him feel nostalgic.

He lets Jaskier take his time, not rushing them into anything.

Jaskier meets Ciri as a grown woman and he is delighted by her. Ciri cries when she hugs him.

He meets Yennefer too, who raises an eyebrow and mumbles a “what a fuck” towards Geralt, but she hugs Jaskier tightly nonetheless. And terrorizes Geralt for details about the mage that did this. Jaskier quickly befriends Yennefer again.

He learns stories about their shared past.

He travels with Geralt.

He falls in love with him all over again.

He initiates their first kiss.

He never leaves his Witcher’s side again.

But do you know when stories stop being stories? The moment someone begins to believe in them. 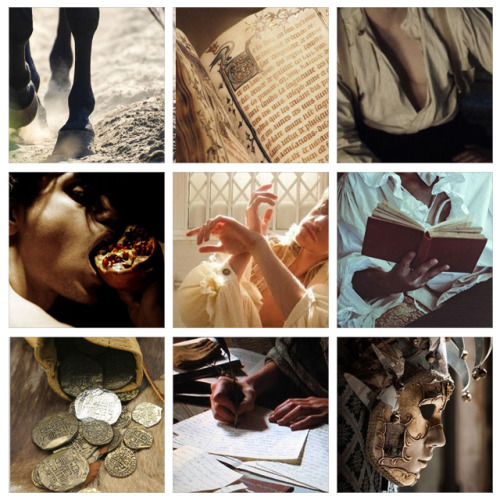 God im vibing so hard with the almost getting caught makeouts

Need me some of that

#personal, #it goes for like all my current main ships really., #my darling doctor, #dandelion, #scruffy wizard
0 notes · See All
Next Page