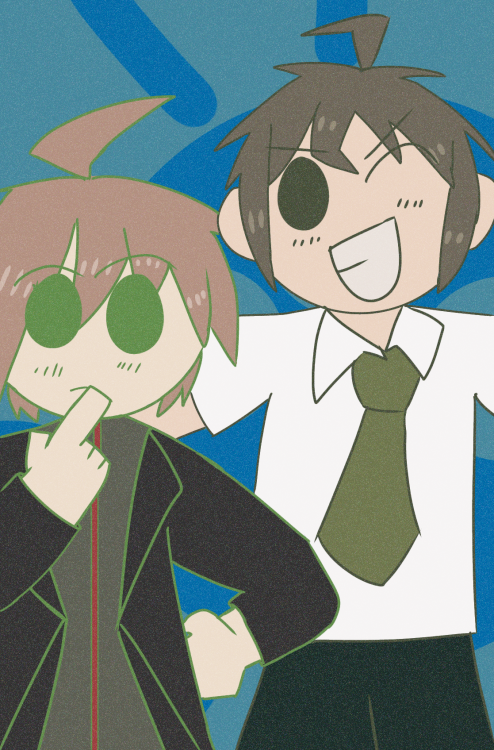 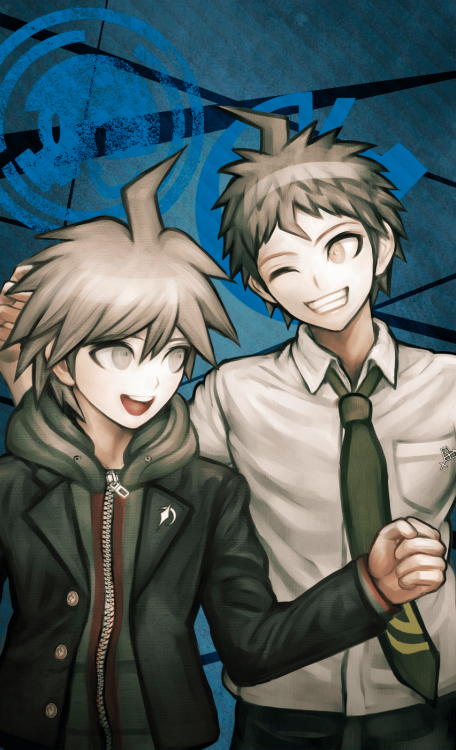 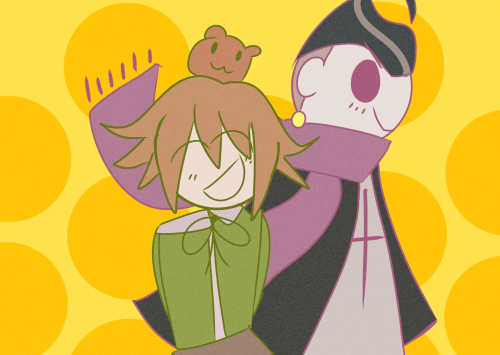 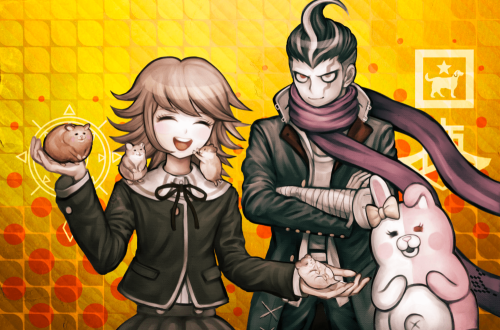 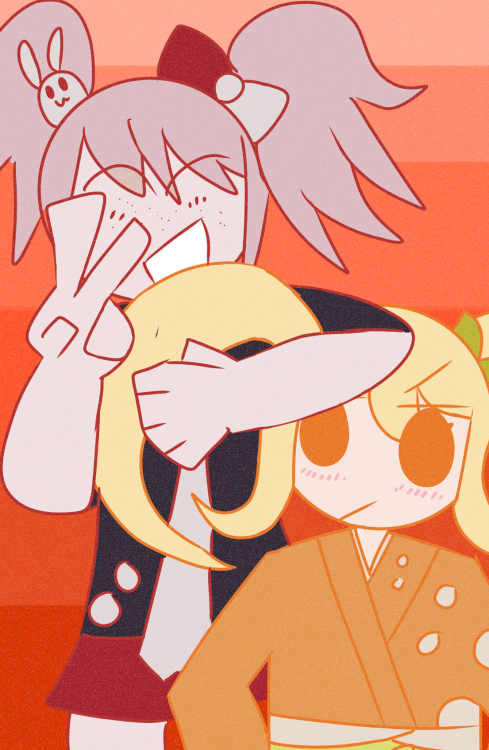 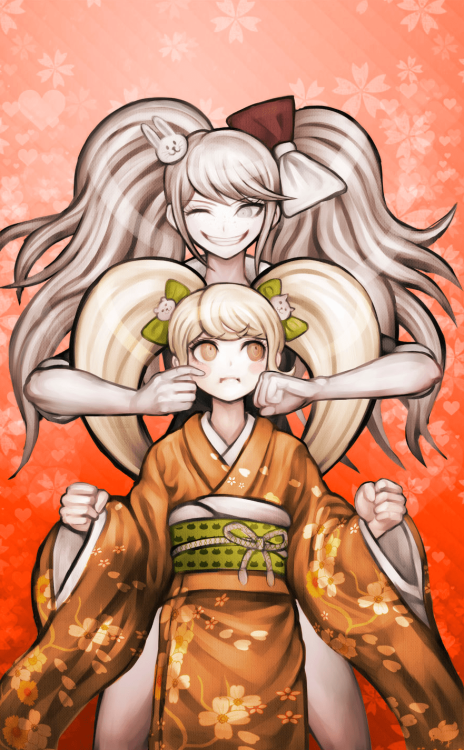 if you spell any gundham ship names like dam, I will assume ur shipping someone with monodam

Aoi is honestly kind of astonished when you admit that you don’t like donuts.

She will go into a whole tirade on why they’re the best food ever made, but if you insist that you just don’t like them, she won’t hold it against you.

She’ll ask what you don’t like about them and only make you try some every now and then if she genuinely thinks you might like it.

When she buys donuts, she even finds things that are similar but not quite the same for you to try.

She still picks up a backup snack for you though just in case you don’t like it.

Though she doesn’t get how someone could just not like donuts, she’s very understanding about it.

Sometimes, she even tries to make other kinds of desserts for you.

She struggles a lot with it, and you usually end up helping her, but in the end, it’s actually pretty good.

Even if it wasn’t, you’d still eat it though. She took the time to make it for you, after all.

Overall, Aoi is very sweet and considerate about what you like. She still pushes you to try new things, and you actually end up finding stuff that you really enjoy.

random dr headcannons i have

when kazuichi, nagito and fuyuhiko hang out, kaz is the only one who drives bc nagito crashes everytime and fuyuhiko still has to use a booster seat

chihiro and mondo watch anime together

makoto askes to play some card games with celeste, they play go fish

I was gonna make this a lil bit angsty but like,,, it made me too sad so have this ig BHSBHBSSA

also, i have no idea on what the title would be so 💔

Nagito becoming a mom-friend magnet post game and getting to be closer with all of his classmates and having normal interactions without feeling alienated  :) 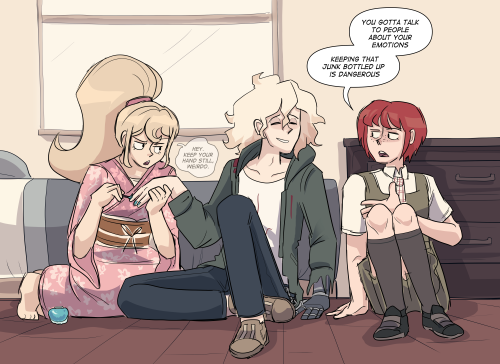 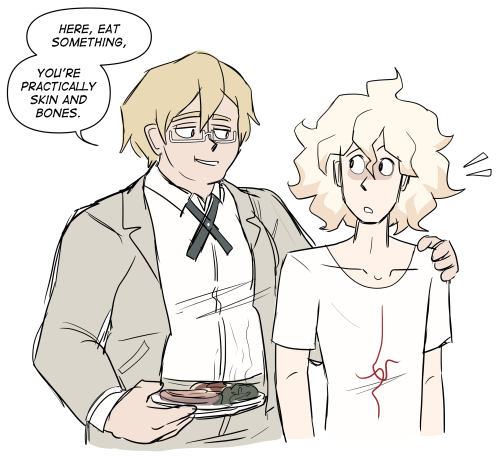 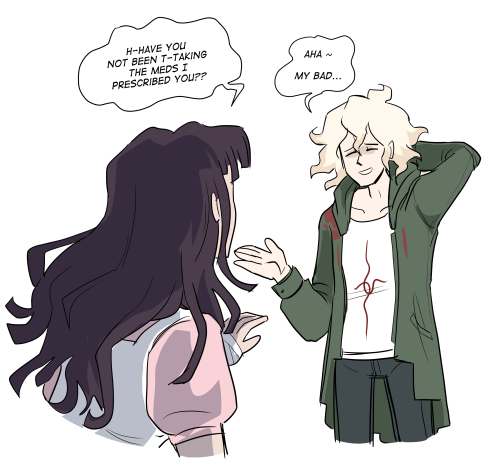 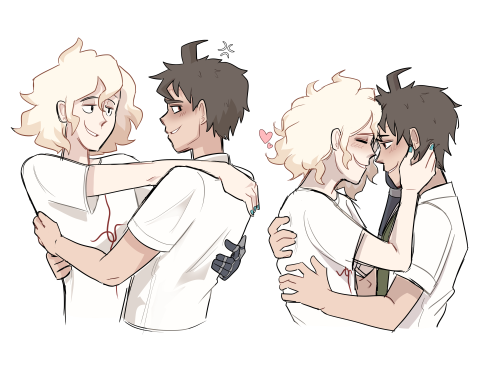 “It deserves it’s own tool of measurement!”

A lazy Taka doodle I did in class

Welcome to the Kit Kat Club ~

If you didn’t know, I’m writing a fic where the three casts of Danganronpa are university theatre students together in a production of the musical Cabaret

You don’t need to know Cabaret (or anything about theatre) to read it; you just need to be a Komahina Enjoyer (the story is about ✨them✨)

Souda: yesterday I fell asleep too late, but I won’t say anything because I don’t want a scolding

i just realized i never did an introduction so here it is !!

i write (i’m not very good at it HSAKSH), i can make edits, i can make icons/headers, and i like drawing too !! i also always have matchups open

my requests are always open

FANDOMS I HAVE OPEN FOR REQUESTS:

- the disastorous life of saiki k

REQUESTS YOU CAN MAKE:

my zodiac sign is virgo, my mtbi type is isfp, my sexuality is unlabeled, my favorite animal is cats, i have no idea how to talk about myself akdhlabd, i spend a lot of my time listening to music, kin list: gon freeccs, akechi touma, ryuk PLS IDK AJSHA, kokichi ouma, bokuto koutarou, yuzuru nishimaya, uh that’s it i think idk i have bad memory, my favorite foods are california rolls and mozzarella sticks and my favorite things to drink are raspberry iced tea and grape soda, i have three other siblings, i THINK ik what mods are i recently learned (yk like how you see like pictures of the character then - mod [characters name]) yeah so um i’m mod chihiro 🤨 ?? idrk what mods are so um if i have the wrong idea of a mod please tell me i dont wanna look dumb asf HSKSHEJ

Requested by: No one

💕Trying out wallpapers for the first time💕