Wow time to work on backgrounds

#danny phantom, #art, #i need to work on that
3 notes · See All
coffeecakecafeAnswer

yes!! the first thing u should know is that I want this based exclusively on the fact that Danny likes space and she’s named Star, and the second thing is that this is a bunch of background stuff for Lightning & Comets (which I may get back to eventually but this has been A Year as we all know)

- I like to think that Star’s family used to live near FentonWorks, so it was easy for her and Danny to become childhood friends. They used to sit together on the bus home and also do homework and stuff at Star’s house. They moved when the kids were in like early middle school so they hung out a lot less but they still text sometimes.

- Star does someone’s math homework in an episode as like a bribe or something but what’s important is that I have decided this means she’s good at math, and L&C Danny is also good at math bc he has to be if he wants to be an astronaut so he works really hard at it. Which is a long winded lead in to say that they’re definitely in mathletes stuff together at school.

- I think they should be sci-fi buddies, just cause that would be kinda neat. They send each other book recs.

- After her family moved Star got a lot closer with Paulina, and she and Danny didn’t hang out as much. Danny sort of fell in the social hierarchy so for a while she avoided hanging out with him at school but she realizes that’s kind of mean and apologizes and now they’re on p good terms again. They try to hang out more but Danny can be kind of flaky on account of ghosts so it doesn’t always work out.

- Sam and Tucker get invited to a few hangouts too! The four of them like horror movies pretty good so they watch those sometimes together. Paulina also gets invited but only shows up once.

Ending the weekend (*realizes that it’s past midnight*) and starting the week with an excerpt from Ghost of a Former Self:

Jazz drove them to the outskirts of the city, parking up on one of the many hilltops, the same hilltop that they had parked on for many conversations in the past. When Danny had told her that his name was Danny. When she had been rejected from her first-choice university. When they didn’t need a reason at all, but just wanted to talk.

Danny pulled his cheek from the window and cried, “Hey! I never realized that you can see Vlad’s mansion from here.”

He phased right through the windshield, sitting down on the car’s rusty hood. Jazz blinked before taking the more natural route, stepping out of the driver’s seat and climbing up next to her brother.

“See?” Danny pointed to the hill across the city. “There’s the telescope. My room’s right underneath that. I can look at space all night.”

Jazz hesitated. “That’s…actually what I wanted to talk to you about.”

“Oh.” His face fell but he was still intrigued. “What about him?”

“She what?” Danny cried, balling his fists. “Why didn’t anyone tell me? Is she okay? What happened?”

“Wow, really?” When his sister nodded, he said, “Huh. Good for Ember.”

She shook her head. “I think he…loves them?”

“Oh!” He relaxed, finally unballing his fists, even smiling. “Yeah, of course he loves them. Well, he did. They all loved each other.”

“No, Danny, I mean romantically.”

He nodded, leaning back against the hood, staring down at the city. His eyes specifically travelled from two neon signs to the mansion atop the other hill. “They used to all be together.”

He threw his sister a grin, only to realize that she was frowning. He then realized that she hadn’t spoken. He then began to panic.

Jazz interrupted him with her epiphany: “That’s why you said that the Fenton Peeler would go off in his hands! Mom and Dad would still consider him ‘family’, so they would have programmed all of the Fenton devices to work for him. And that’s why he was terrified to shoot it!”

Danny paused before saying, “Uh, yeah, he wasn’t sure if they still counted him as family or not, and he didn’t want to know.”

“Well, why wouldn’t they?” Jazz cried. “They love him. Of course, they would count him as family.”

He smiled and she added, “Wait, sorry, I just processed your ramble. Of course I’m okay with it. I mean, I’m not okay with how everything turned out. It’s really sad.”

“Well, Vlad told Ember that he knew what it was like to lose a life. That’s when he mentioned Mom and Dad. He started listing things and, at the end, he said, ‘I missed out on a family. I missed Jack and Maddie.’”

Danny whistled. “I bet that got to Ember.”

Jazz nodded and said, “Yeah, it cheered her up, but it bummed everyone else out. I mean, think about what could have been.”

“Yeah.” He sighed, sitting upright, wincing when his midriff ached. He clutched his shirt, feeling the lichtenberg figure underneath. With the flash of pain came flashes of everything that had happened over the past few months. It was only then that he realized, it had been a few months. Most of the leaves had fallen and white crystals were tumbling from the stars. The world was half-dead, waiting for the season to fully change. It was this thought that caused Danny to say, “But think about what could be.”

I, for one, often think about what could be…

#ghost of a former self, #danny phantom, #fanfiction, #writing
7 notes · See All
grimgrinningghoulText

She should be happy. Here they were, the phantom and the huntress. It’s been so long since this all started. How long have they played this game of Cat & Mouse? How many times has he won?

#ectoberweek2020, #Ectober, #Angst, #DP, #Valerie Gray, #Danny Phantom, #I haven't written anything in a while and it shows, #But y'know, #I wanted to write something for Ectober, #And this idea was in my head since I first saw the prompt, #Not sure I referenced it enough but yeah, #Enjoy?
4 notes · See All
as21-7Text

Starting Ectober2020 off as best I can!

Last year for the last five days of ectober week I started a really cool MCU/DP AU that I never did anything with again and when I started writing for this year, I finally got an idea of how to continue it! So, like. Thanks Ectober for fic ideas lol. 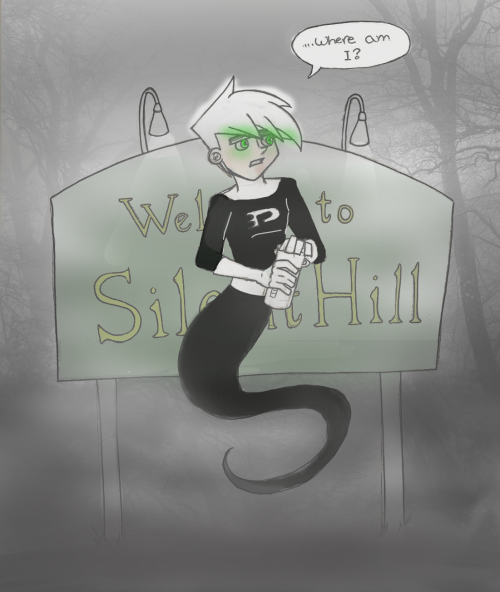 #Danny Phantom, #Ectober, #EctoberWeek2020, #fog, #Silent Hill, #crossover, #forgive the crummy coloring pls I only had a mouse to work with
37 notes · See All
dannyphantombotText

Now this is a lot of this is the book? 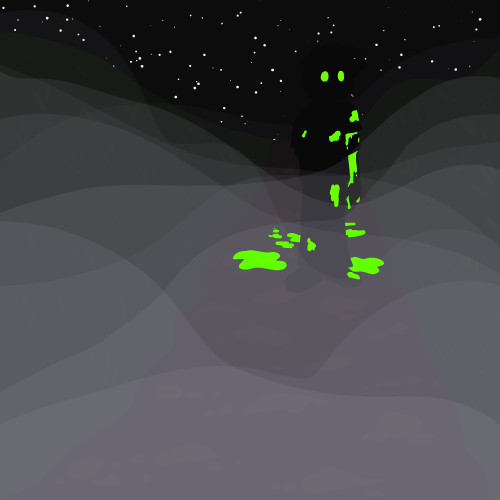 #ectoberweek2020, #Danny Phantom, #danny fenton, #gore, #blood, #<-kinda, #I almost forgot this started today lol, #its kinda rushed but oh well, #I have 2 modes when doing art, #either it takes 2 hours or it takes 200, #no inbetween, #thats why my upload schedule is.. like that, #eye contact
18 notes · See All
reallydumbdannyphantomausText

danny phantom au where danny hiccups when he lies

Has anyone considered that ALIENS have the tech to walk through walls???????? Anyone? 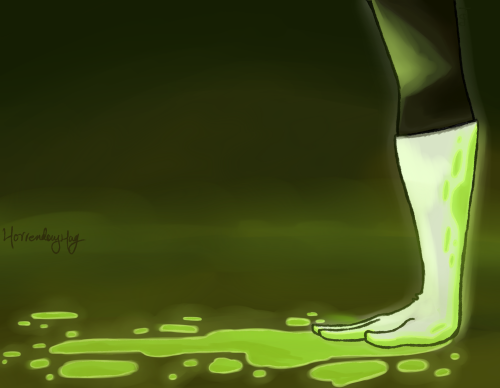 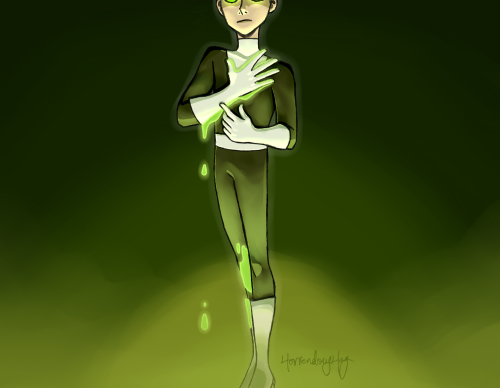 #danny phantom, #danny fenton, #ectoberweek2020, #ectober, #my art, #do you know how hard it is to use your own arm as reference, #when you don't have a mirror in front of you?, #not terribly hard actually
82 notes · See All
kimi-ahText

So, I wrote something…

I didn’t want to let the first day of Ectober Week go by without me doing something, so I used my makeshift determination and imagination and put together a… collection of words. I don’t even know what to call it. It’s not very good m, but practice makes progress 🤷‍♀️. I feel like everyone is OOC, so if anyone has any constructive criticism on how to improve, I’ll be happy to take it. 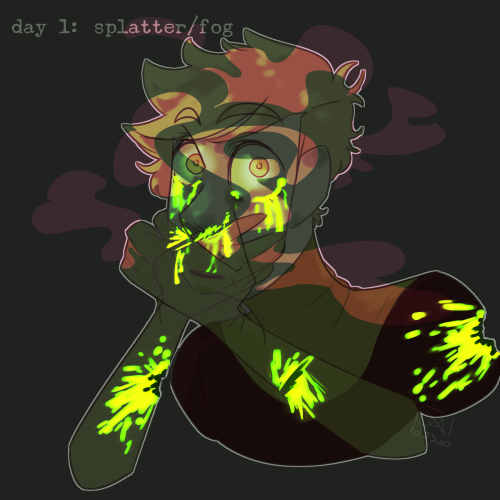