After learning how the team didn’t bother to look for Darcy much when Loki took her, she had taken on an even more of a fuck it attitude.

She was in the lab, watching what was going on. Mainly because Loki was there and he was allowed to help with some high-tech project that Tony and Bruce were working on, while Jane worked in her corner on the piece of Bifrost that Thor had gifted her. She was obsessed with it.

Darcy disappeared momentarily and returned with coffee and Jaffa cakes. She gave Loki his mug and some of the cakes, then gave Bruce the same before sitting down to eat her own.

Tony and Jane both looked at her, unamused.

‘You never thank me. So.’ She shrugged, making a show of eating her Jaffa cake. ‘Besides, my job is Loki’s babysitter right now, not your lackey.’

Loki smirked as he sipped his coffee. Bruce looked uncomfortable but tried to carry on with the project.

I need people to Manip or gif with Darcy Lewis! I’ve done Steve Rogers, Clint Barton, Sam Wilson, Okoye, and James Rhodey Rhodes. I maybe might make something with Bucky Barnes and her soon but I can’t think of people damnit! Send me who you think she’d have chemistry with mcu or other and I’ll think about making something with them. 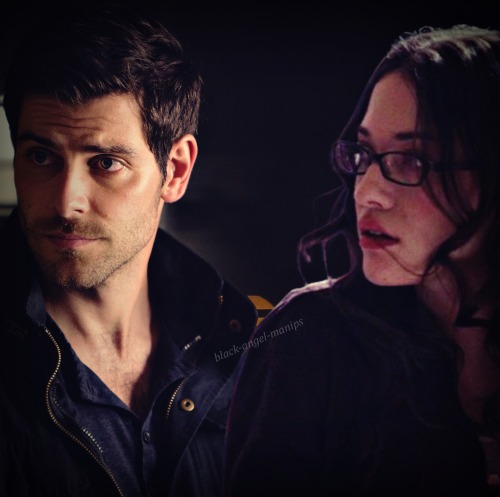 The Melody of a Fallen Tree

The tequila was making her cheeks begin to flush. She glanced over at Quill, frowning.

“Does it give you a complex? I don’t wanna start calling you… ‘Darcy’ or whatever.”

“It’s my name,” Darcy retorted, and he flicked some ash, chuckling.

#yes I stole Em's gif she used yesterday but shhhhh there's only so many to use, #darcy lewis, #shieldshock, #darcy lewis x steve rogers
35 notes · See All
iconsslxText

‧₊˚──like or reblog if you use.

“Haha, guess what I found out,” Darcy teased, leaning over to poke Bruce in the bicep.

He reached up to rub the spot where she poked him. “Ow,” he said pointedly, even though it hadn’t hurt.

She giggled and poked him three more times. “Seriously. Guess what I found out.”

He exhaled deeply and shook his head. “No idea.”

“You’ve given me no parameters in which to make a hypothesis, so…”

@ishipitpod and @idontgettechnology made the debatable choice to include me on the podcast!

Steve Rogers has been flirting with Death for a while now…

Characters in my emotional support fanfics are going through it right now, and I’m having emotions about it that I am not prepared for. I have come to the conclusion that I would die for Darcy Lewis in all of her fictional representations.

They’re on a planet that’s very similar to Dagobah and Darcy get’s an idea. Din is very curious about how Darcy knows so much…

Jane wakes up five years out of time.

As always, Darcy is there.