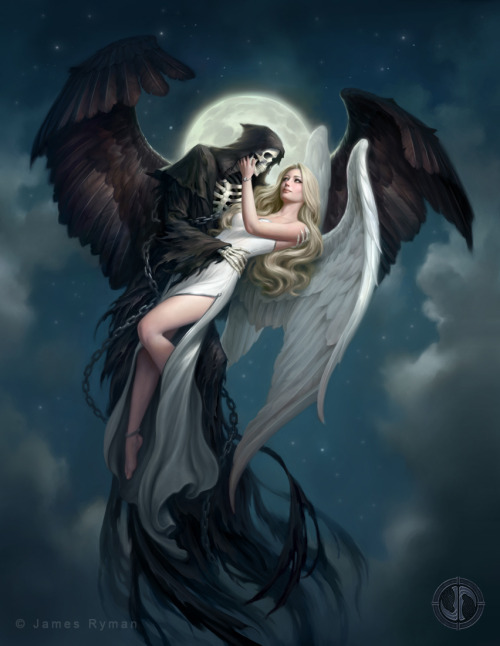 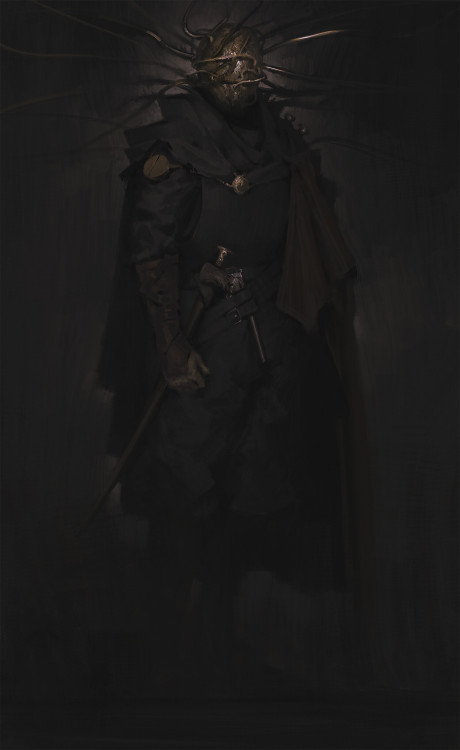 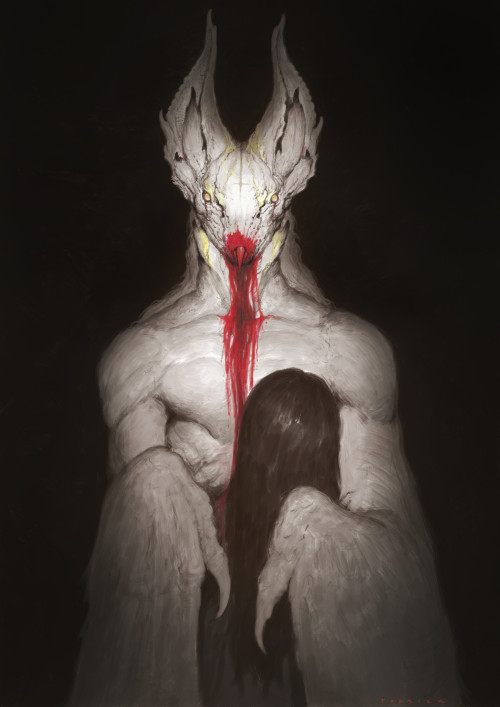 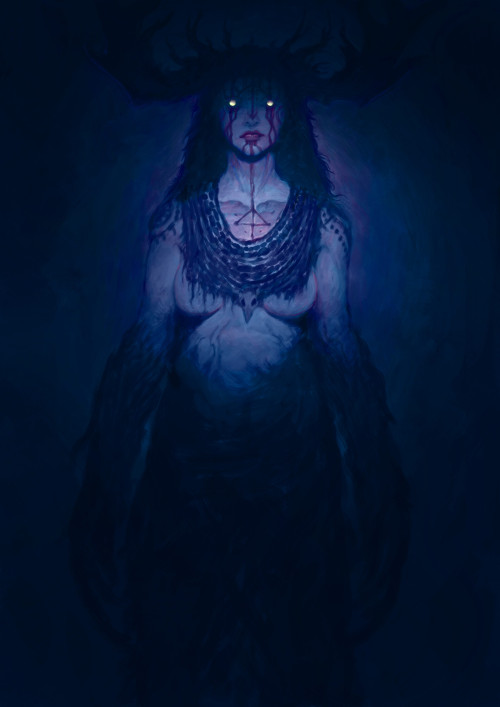 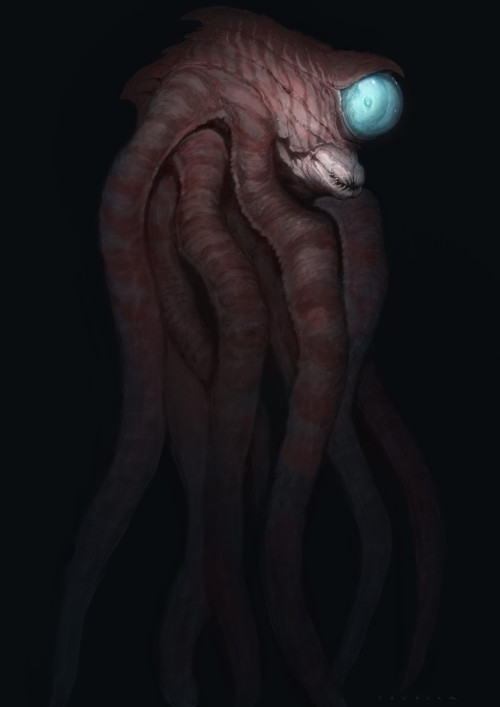 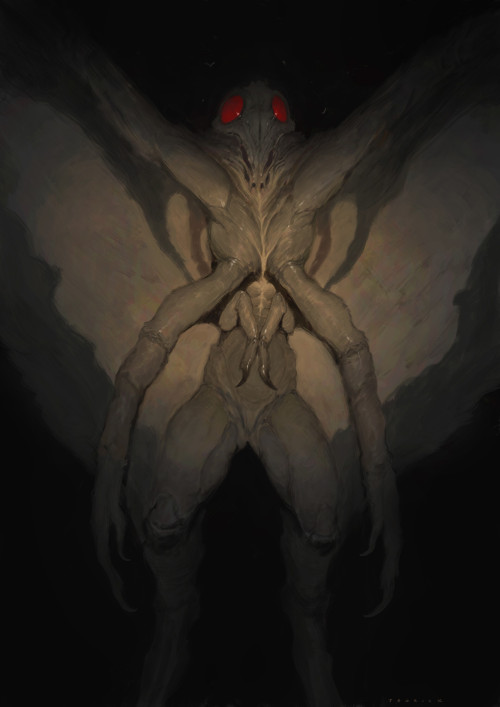 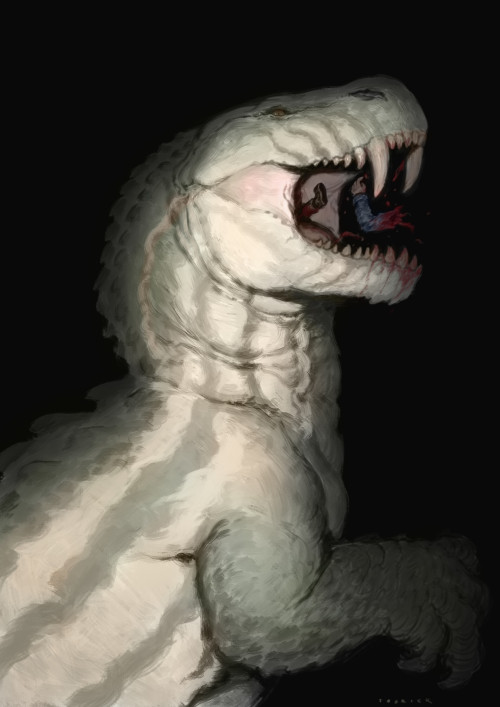 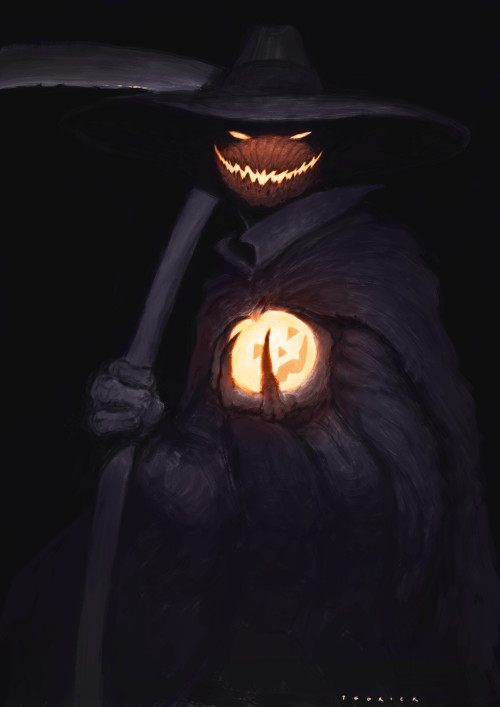 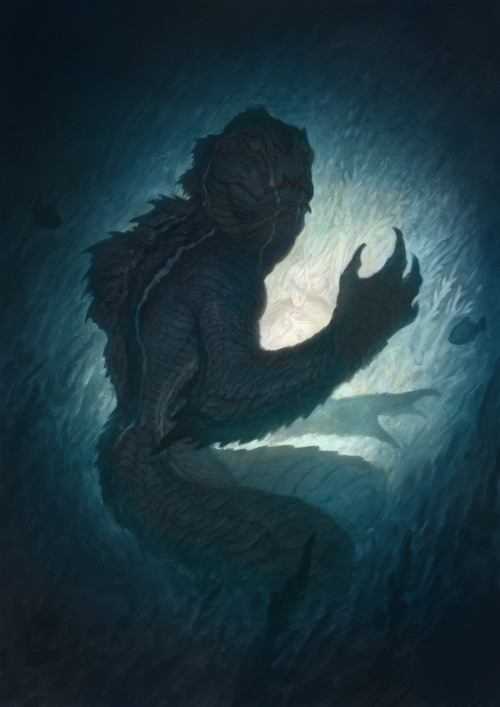 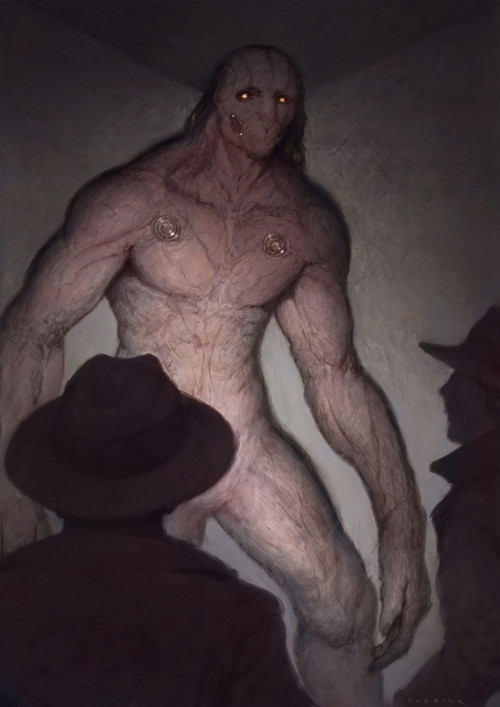 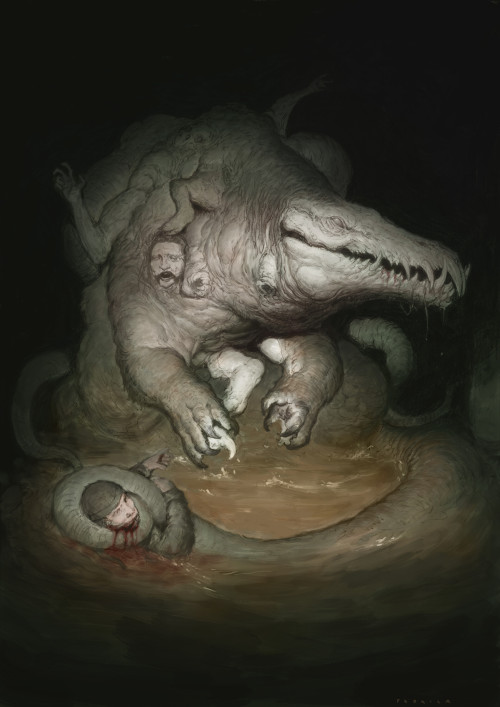 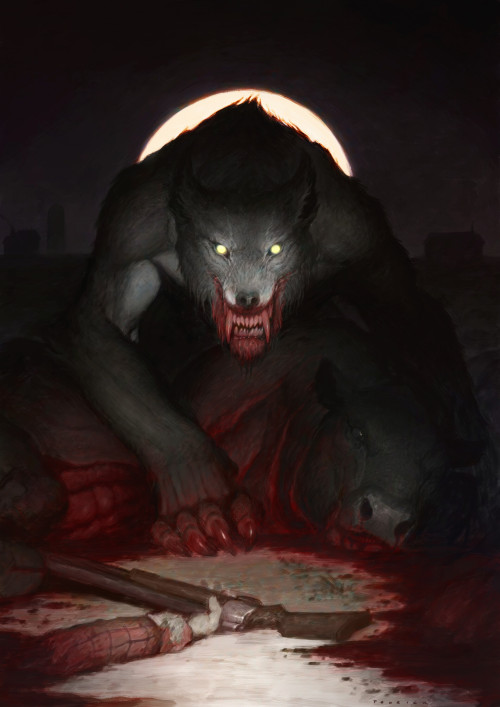 Some of my works since last year in black and white. 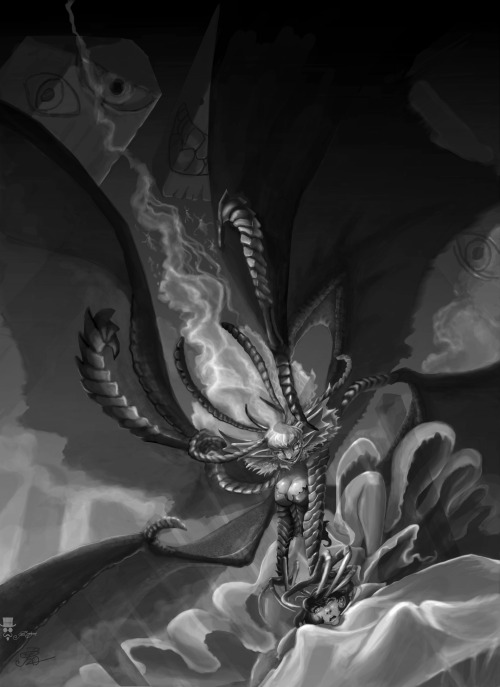 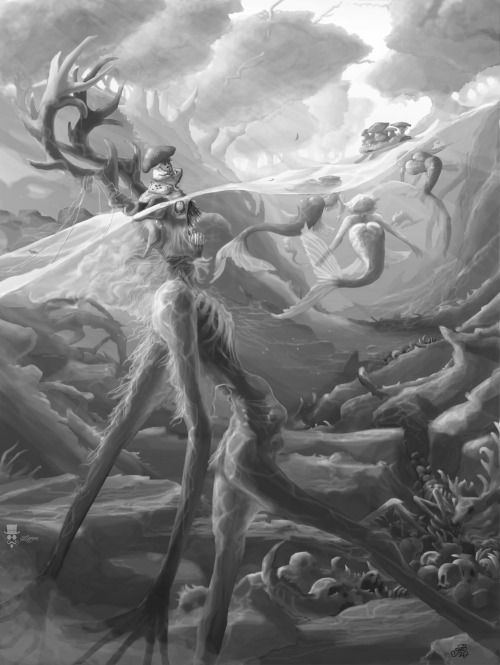 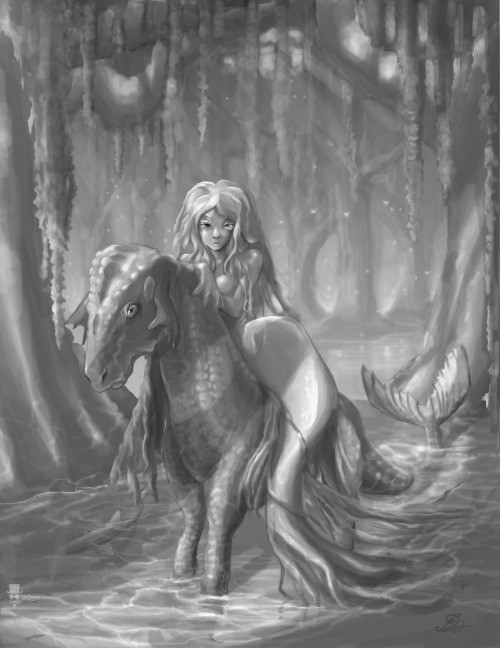 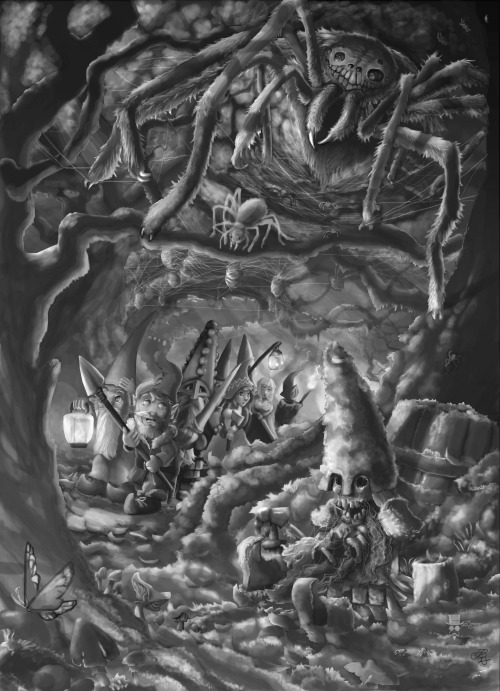 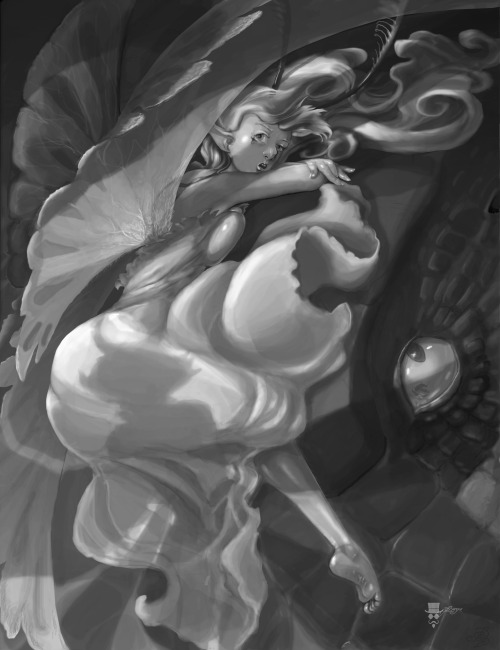 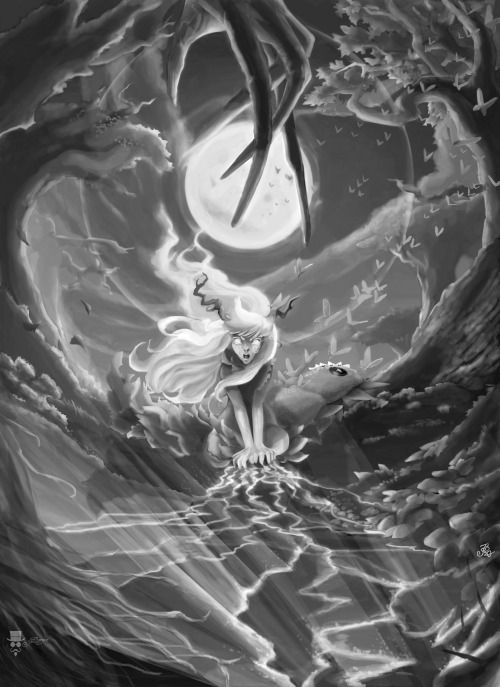 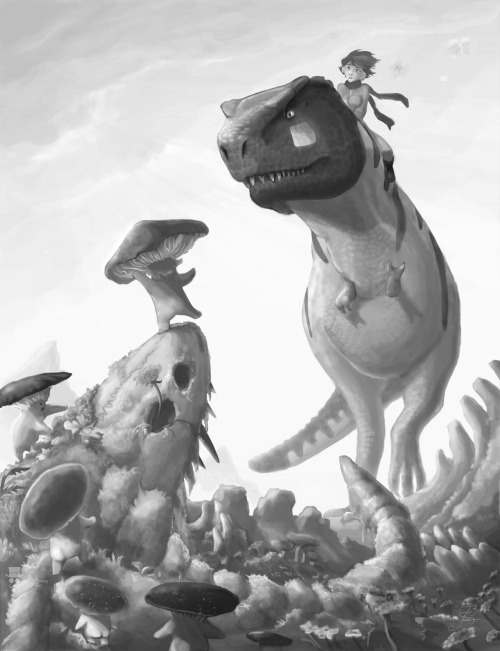 Talita hopped on her bike and started the engine with a firm kick, shaking away any lingering bad feelings as one of the negative effects of Purple Dot. The vision—the hallucination—she’d suffered was bad enough with its sensations and smells that she had no desire to take another hit of that venom. Maybe for good this time. She’d see how she felt in another day or so.

She revved the Kyanite’s engine, elevating the vehicle’s power levels, and peeled out of La Maria’s garage onto the roads of Capitol City with eyes squinted, keeping track of all the movement around her through her goggle display. Her Kyanite was unlocked for a moderate lift of a single kilometer, the highest altitude she was permitted to navigate airborne with her license, although she almost never used the function. Something about feeling the planet under her tires communicated a sensation of real things inside of their alien world.

After zero hour there was little traffic to slow her down. Rain was falling now, the first of many storms for the season, but the Kyanite was equipped with a climate shield that evaporated both the falling precipitation and water pattering on the road around her. The sync function between her COM, her goggles, and her bike’s internal control systems allowed her to maintain her route and manage traffic with fluid ease, although there wasn’t much in the way of traffic before the holiday.

Her body hugged the bike’s frame as she coasted in and out of the elevated ramps on the interzone highways, speeding through the express paths and empty city streets on her way to Temple Altir. She accelerated a few increments past the legal speed limit—she never could help herself if there was an opportunity to go faster. Always nice to ride outside, even in the rain, and be completely alone for a while to clear her head. 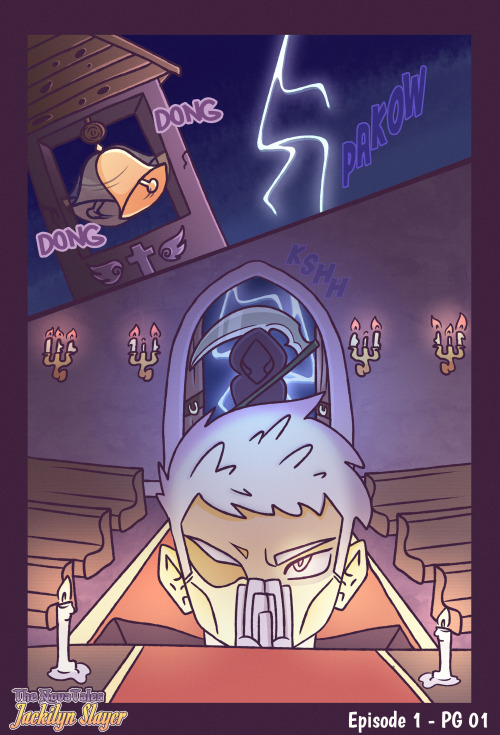 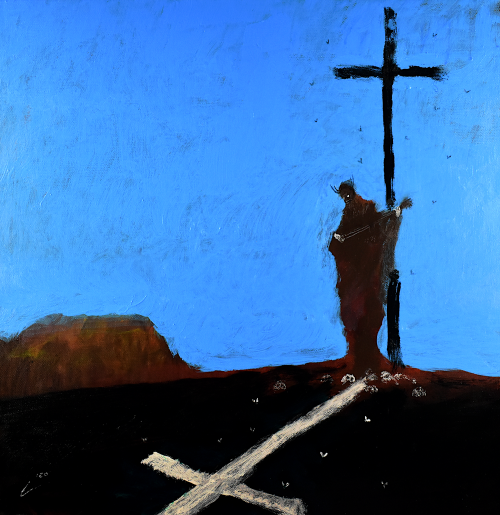 Terror in the Night

A young Raziel stalking the streets of Wasserbunde for his next meal.

Happy Halloween, everyone!  Thought it appropriate to share this today.  It just kind of happened without any planning, but I love how it turned out.  :) 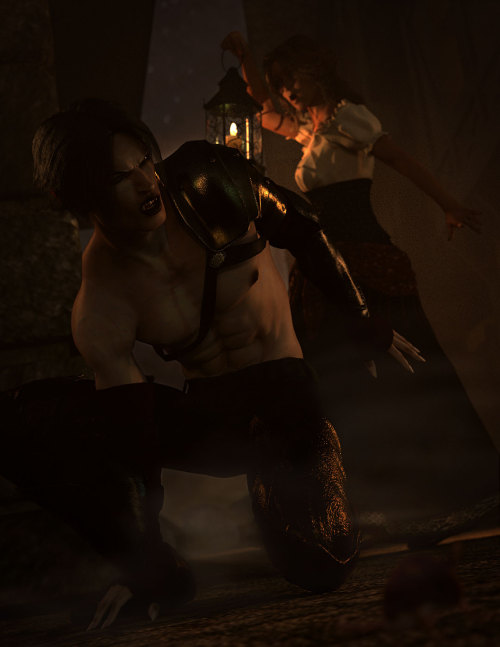 The Bride by Brian M. Viveros

characters: werewolf!jin & little red riding hood!irene & little sister!you
genre: dark fantasy, little red riding hood au, werewolf au, horror
warnings: blood, violence and characters’ death
summary: the classic story of a girl who pays a visit to her grandma in her red cloak with an itsy-bitsy twist in roles a.k.a. the big bad wolf isn’t that scary anymore
words: 7,1K
also: massive thank you to @dat-town​ for the proofreading. the fact that you take your time to check my grammar before i make a post here always puts my heart at ease ♥ but i guess, it’s something you’ve already known
gif credit: to the rightful owner

Working on a pair of mesmerizing eyes, your knuckles turned white around the chalk before they became just as black as the depth of those galaxies that you desperately tried to blend into your best friend’s fiery gaze without success. Although, you spent most of your free time with the boy from the neighbouring cottage - wandering in the woods before sunrise and collecting berries and mushrooms for your families even when neither of your mothers asked for it in advance -, somehow your drawings of him had never turned out to be as good as your portraits of your father or the sketches that you made of smaller animals like the cute rabbits you had caught red-handed two weeks ago, munching on the carrots in your garden. Yet, your dissatisfaction couldn’t hold you back from trying as you were currently working on the sixth picture of Jungkook, each one of them less dreamy than the previous one. If only, you could have captured those indecipherable emotions you had seen in his eyes last night when he told you that he would miss you like crazy when his family left the town due to the latest animal attacks, your drawing could have ended up being one of your best works so far. But as your gaze settled on the sharp lines close to his eyebrow, the boy stared back at you lifeless which slowly drove you crazy. You could do so much better than this!

When the trees bless on the black earth, the dreadful gods draw near. The holy men of the woods invoke their bestial names that they may gain transformation.

Just a lazy sketch on my ReMarkable 2 tablet tonight.

Qadari Thirteenth Born in the lone deity in the Zur faith. Qadari is the dedicated champion of all mankind fighting for those that believe in him and those that claim him false alike. In his previous eleven incarnations Qadari has been killed by the nameless, formless alien gods that seek the doom of man. On his twelfth incarnation Qadari must battle the ultimate evil and be destroyed once more for his true power to be unleashed. Upon his final death Qadari will emerge a perfect being and infuse all mortality with light and eternity granting all with the strength to defeat the evil that lurks in the cosmos.

“On the Thirteenth dawn all were gods.”

-from The Litany of Hope Reborn

At first I was thinking of drawing with a vertical cut but I said better not, much detail, many hours of work and difficult, better not, I opted in the end to draw the typical horizontal cut from the stomach XD is that I had very little time and with what little I had I ended up drawing this splification hahaha that’s why most likely there are several anatomic errors in the art… The good thing is that I have to finish the last art of the month for tomorrow… Time has passed very quickly!! :‘3 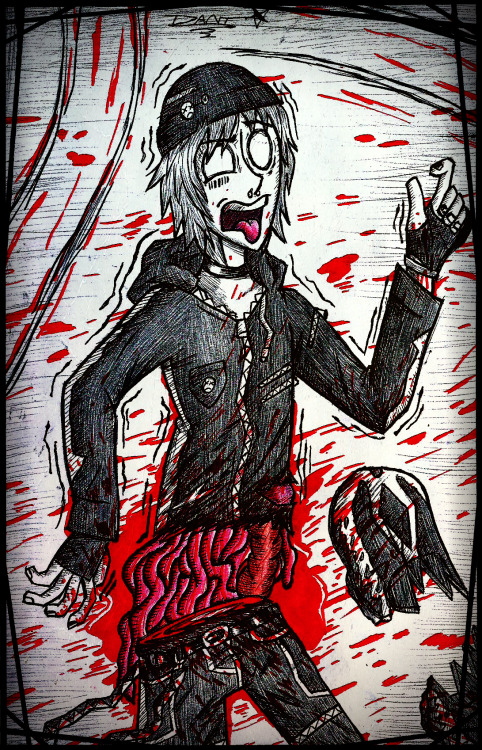 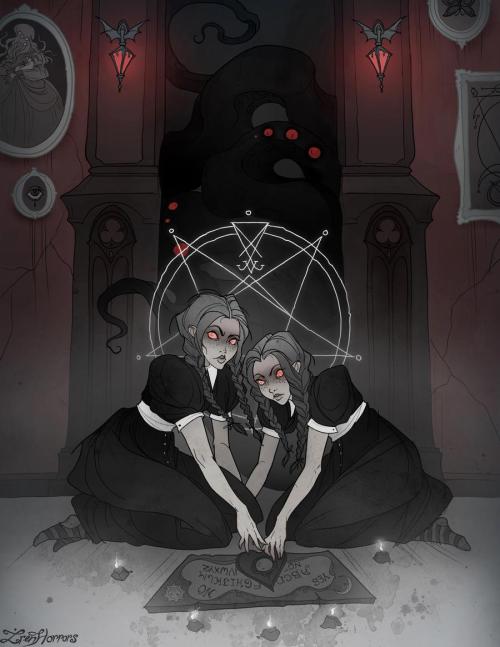 The Witch Lord is the closest thing the Black King of Ucal-Magdeosh has to a high priest. Stolen from his family as a boy and raised by wicked blood mages, Sharo Mer’s will was destroyed making him a shadow of a person. It is Witch Lord Sharo’s role to preach the mercy of the Black King to the cowering masses. With his blood magick he performs feats of theatrical magick attributing them to the glory of the Black King shackling the minds of the broken masses. His body is wracked by corruption and mutations that cause him constant pain but also sustains his miserable existence.

“His face hasn’t been seen in decades, some say it is nothing more than a mass of writhing worms. His raiment is nothing more than yellow wrappings spotted with dark stains of dried blood. He stumbles about relying on a black steel staff to keep him on his feet. The worst of all is the smell that follows him…worse than death more like…the loss of hope.”

Elias stood in the empty kitchen of a dilapidated, condemned house located in Silver Rock, a Red Sector mountain town built in the middle of nowhere. The ping brought him back to this place after a long eighteen years. He’d fought alongside Union forces to quell a rebel uprising in the area, and he found that the place retained a haunting air of blood-soaked memories from that war.

No one lived there now and no one lived in the surrounding five zones either. Silver Rock was a ghost town, all but forgotten—maybe on purpose—after peace was restored. Only the men that fought there and survived thought about the place and all they’d lost.

Chunks of roof weathered with age littered the floor of the home and frameless interior windows blown out long ago from detonations lined the crumbling walls. After ten hours of combing through every nook and corner of the town the four men collectively racked up a termination count of twenty-eight heads, each one located far from the other with no apparent relation, save for visible rabidity. Twenty-eight wasn’t unusual, but Dotty was correct. Home Base should have caught onto the activity.

He tapped on his COM band and scanned the air quality and electromagnetic readings, watching the radiation level spike as a hunter engaged with a hostile, infected target—two in one location this time, a jackpot considering how their day had gone. Also meant they had to retrace their steps once more. He glanced at Noor, who’d completed a blood pick for the first of the pair of catches.

“Activity’s slow and incredibly sporadic,” commented the navigator, inserting the metal needle into the kit. “Strange how the day’s dragged this way over an unremarkable head count. The infected seem to pop up only when we’ve eliminated the others.”

“Feels like a damn joke,” replied Elias. “Stuck out here sniffing around for stragglers when there are critical issues that need attention.”

I needed a little more time on this one.

What does a creature feel when it’s not enough? He’s not human, but not an animal, something familiar and yet something completely alien.