The thing about Shizuha is, like…she’s this warm, supportive figure, who every now and then shows glimpses of a vaguely terrifying side beneath it all.  So the god of nightmares seemed to fit her pretty well.

It’s hard to see the details when it’s all black…that’s the most accurate, though?  idk, for the most part I think she turned out pretty well. 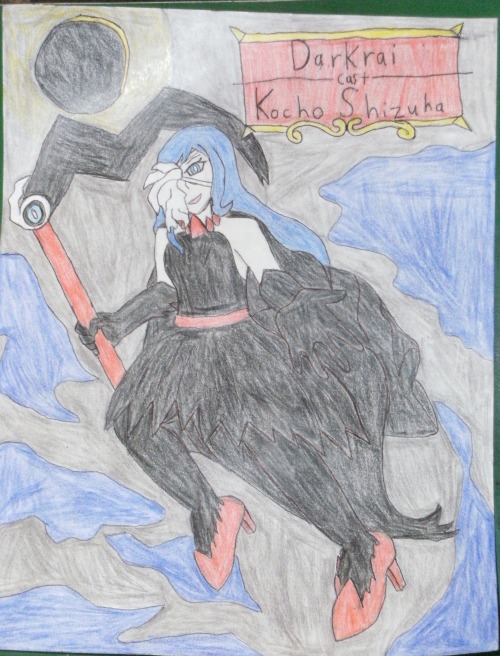 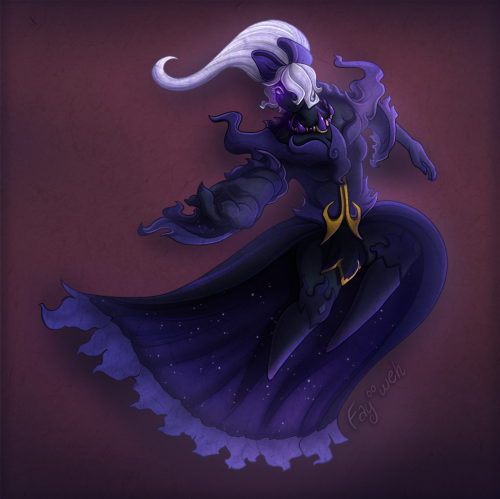 ✖️ Some edits I’ve made based off of some of my Pokémon friends in Pokémon Go. ✖️

For the Pokémon 25th anniversary (Saturday), I made my very first Pokémon Fusion!

Shiny Darkrai in pokemon diamond using the void glitch!! 5961 srs. I’m currently working on getting him eligible to transfer to home. SUPER pumped about this catch!!

Was gonna name him after the god of dreams but didn’t really love the name. So I named him after a god of death instead

Two for the price of one! Both cresselia + darkrai fusions but with a different twist with each. Tbh these would be kinda dope box art pokemon [ if they were drawn a bit more competently, lol. ]

Follow for more fusions
or suggest a comb in my askbox! uwu 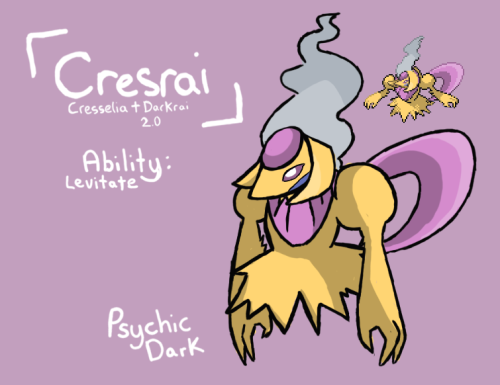 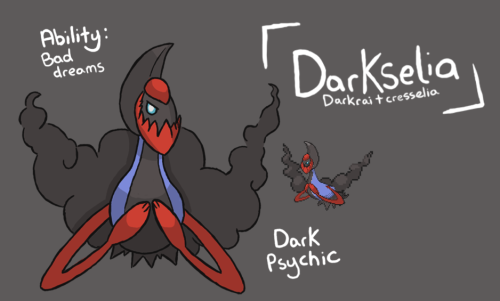 Another OC of mine, Thana the Darkrai! She likes cat naps, accessories, and reveling in the fear she strikes into peoples’ hearts

Poor Darkrai’s going through some problems right now, but they look good in the Dragalia Life style at least! 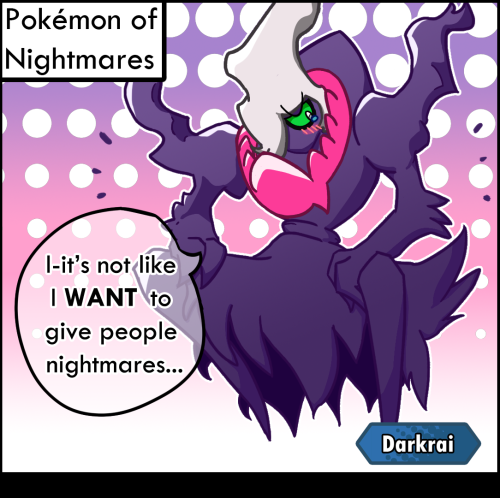 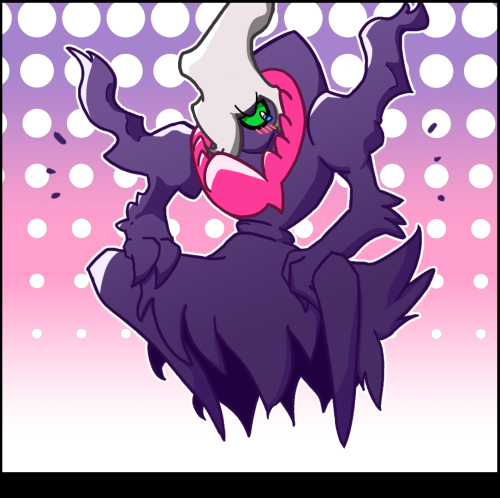 in other news: been thinking about my pokemon ranger ocs lately. especially their partners 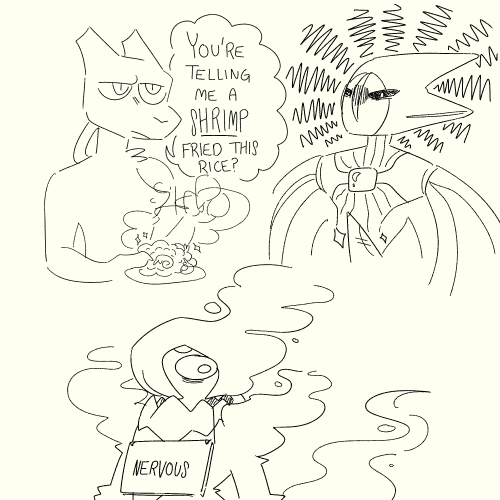 #my art#pokemon ranger#pokemon ranger shadow of almia#pokemon rangers#ranger ocs#pokemon ranger ocs#darkrai#deoxys#mewtwo#how do u draw darkrai's head? i dont know either i just Dont#draw an eye and some whisps and then the mantle and just dont outline his head any more than that#pokemon
92 notes
typhlosion426
Text

When it comes to the Pokemon movies, everyone usually points to Ash & Pikachu, Sir Aaron & Lucario, Lugia, Entei, or even Mewtwo to an extent, and call them their favorite heroes of the series. The ones they look up to, wither it be their personalities, their heroics, nostalgia, or just how cool they seem.

For me, I think my hero will always be Darkrai from The Rise of Darkrai (or Dialga vs Palkia vs Darkrai if you want its more fitting, original title).

Why? To start with, I was going through a bit of a strange time when I watched the movie. I was slowly getting back into the Pokemon franchise after being away for a good number of years (you have my brother with the mindset of ‘Pokemon is stupid and childish!’ to thank for that), and during that time, I started doing some research on what I missed out on. One bit of that ‘research’ I came across was Pokemon Mystery Dungeon: Explorers of Time & Darkness.

Having no idea what was going on, and realizing that I missed out on the sequel to Rescue Team, I spoiled myself away, eventually learning that Dusknoir and Darkrai were two primary villains in this game, and they were absolute scumbags. The worst of the worst so naturally, despite their neat, creative designs, I thought I should hate them like everyone else was.

Then I watched The Rise of Darkrai for the first time, and oh boy did that film subvert my expectations. The title, advertisements, and the movie itself made it seem like Darkrai would be this ultimate big bad that would make even Mewtwo nervous, but in the end that’s not what happened at all. The Darkrai in the film was hated by the people and Pokemon of Alamos Town because of his eerie appearance, and his unfortunate ability to cause nightmares (he’d be the perfect partner for Freddy Krueger and a good number of other villains on that note), and was shunned, rejected, and hunted because of it.

Yet in-spite this, there wasn’t a bad bone in Darkrai’s body (unless those theories claiming this Darkrai is the same one from Explorers are true). He truly didn’t mean any harm and only caused nightmares to defend himself, but no one saw this. No one except one little girl named Alicia, who tended to Darkrai when she found him injured in Alamos’ garden, and healed his soul with the song of Oracion. It was her kindness and love that opened Darkrai’s heart, and drove him to protect Alamos Town when Dialga and Palkia came, despite how everyone treated him.

All of this touched me in a way no other Pokemon movie did, not even Lucario’s, Mewtwo’s or even the Lati’s films. Here was a broken Pokemon who had every right to turn his back on the world and yet he didn’t. He fought so hard against impossible odds to protect the town and people that hated him, even sacrificing himself for it when all hope seemed lost, and that in itself amazed me (in case you’re wondering, of course I bawled my eyes out when Darkrai died, thank goodness Palkia brought him back). Not only did it teach me that something can have a dark, ominous design and still be good, but that appearances don’t always matter, what simple acts of kindness can achieve, to always do the right thing, and so much more. Darkrai’s bond with Alicia and Alice, as well as his sheer willpower and determination is just one of the reasons why it is my top favorite Pokemon to this day (I may have Typhlosion as my account avatar, but my favorite is always gonna be Darkrai), and it got me hooked on the adorable “young child befriending a menacing monster with a heart of gold” trope, which in turn led to the creation of many of my OC’s.

Thank you, Darkrai. You are my hero, and I hope everyone in Alamos Town heralds you as a hero after what you accomplished and went through, or at the very least give you the respect and warmth you deserve.

Meanwhile, by the side of the bar…

Note: This is the last you’ll see of them for the event, I have to move on with the plot. Asks sent to them or any other of my characters MIGHT be answered later on.

Crewel is from @crewel-intentions, I stole him. 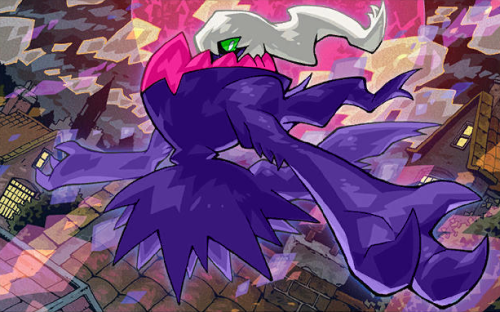 Pokémon: The Rise of Darkrai

Number 10 of 23 of my series of drawing Pokémon movies! 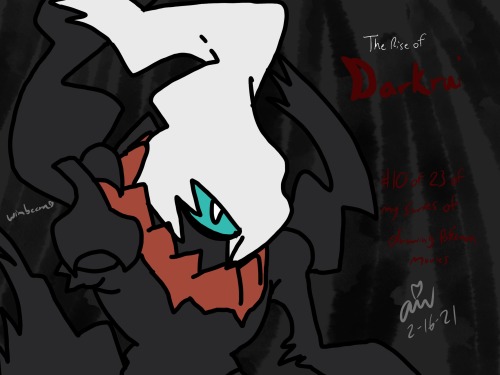 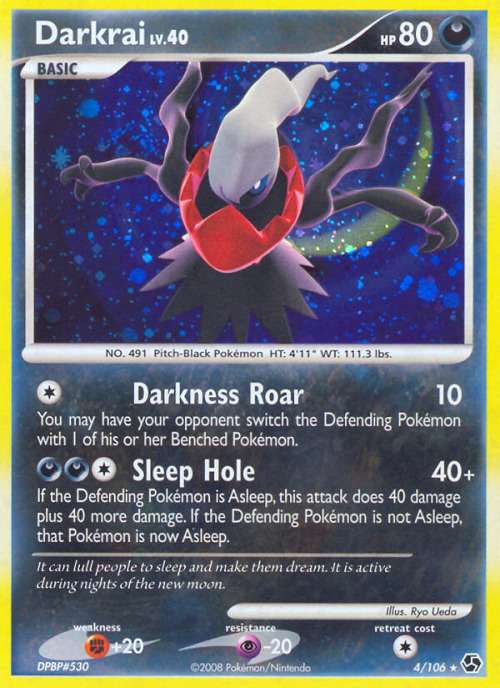 Wanted to draw my mergays for Valentines and made them a kid,,,,

Said kid doesn’t exist yet and won’t for a while, but I love them 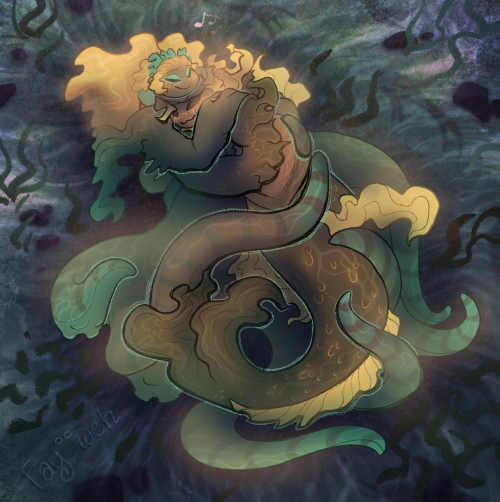 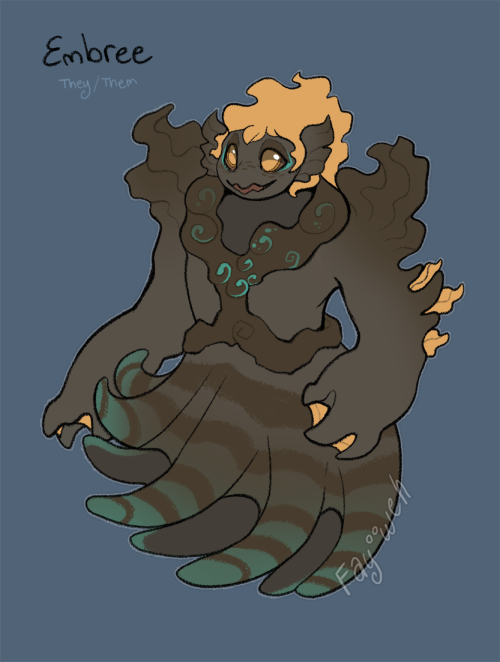 Couldn’t think of anything for Kolly to do for Valentine’s so here’s a smooch.