Vader looks so done with his shit 😂

Say what you want about Disney deleting Older star Wars continuity but the one thing they have done right is the Darth Vader comics..Both his 2015,2017 & 2020 series have been 🔥🔥🔥

I won’t leave you 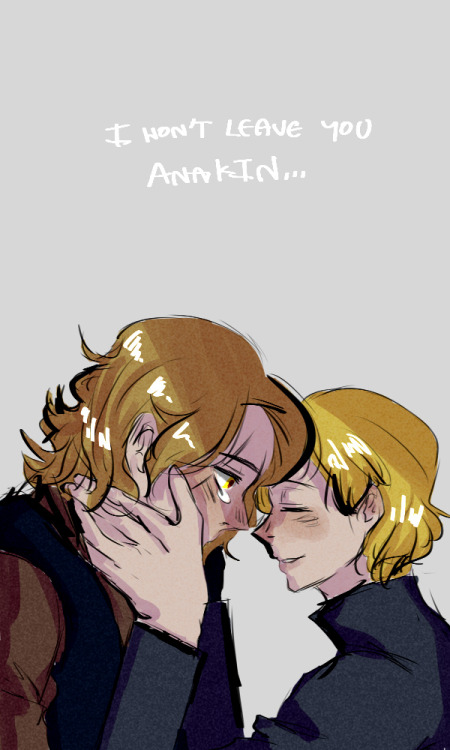 Prompt: What Have I Done?

Summary: Vader and Grim are forced to face the past that they shared. By the end of a trip down memory lane both are wondering what had they done? And what could they have done to be better? 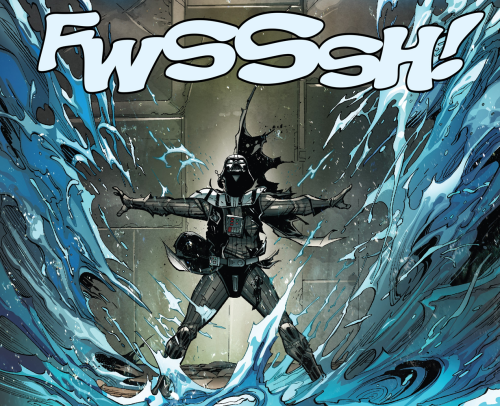 Bast Castle was Darth Vader’s private fortress on the acid rain-soaked planet of Vjun. It later became the headquarters of the Dark Side Elite.

Bastet was the ancient Egyptian goddess of protection and cats. She was the warrior daughter and defender of Ra, who sent her to fight his archenemy Apep. As protectress, she was seen as defender of the pharaoh, after Sekhet, the lioness, and consequently of the chief god Ra.

Bast is also known as Bastet, Ubasti, and Pasch. She was worshiped at least since the Second Dynasty in Ancient Egypt. The centre of her cult was in Per-Bast (Bubastis in Greek), which was named after her. Originally she was seen as the protector goddess of Lower Egypt and her image was that of a fierce lion. The name Bast means ’(female) devourer’.

In later times Bast became the goddess of protection and blessing and was the protectress of women, children and domestic cats. She was the goddess of sunrise, music, dance and pleasure as well as family, fertility and birth. When Anubis became the god of embalming, Bast, as goddess of ointment, was connected to him (sometimes viewed as his wife and sometimes as his mother).

#star wars#darth vader#world building#one of my favorite tid-bits from the world-building in the EU#;)#in my HCs Bast Castle is much more stealth#basically a brutalist labyrinth carved into a mountain with cloaking devices
11 notes
claranidala
Text

Darth Vader: Excuse me Ma‘am, have you seen my son? He‘s about this tall, clearly gay but we haven’t had the talk

Padmé | Anakin | Palpatine Parallels
Padmé and Palpatine are betrayed by Anakin at the eleventh hour. 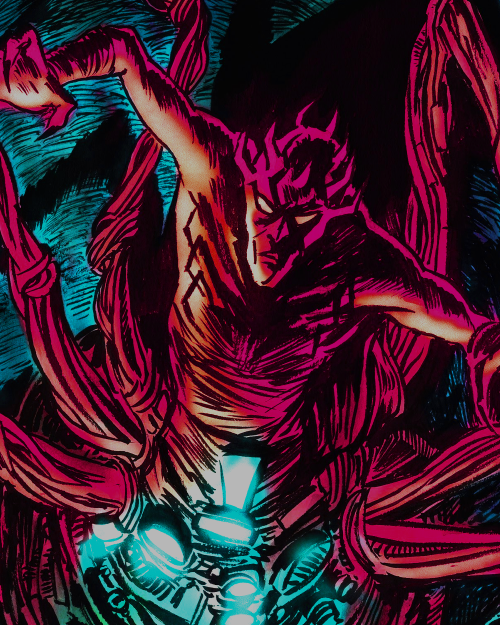 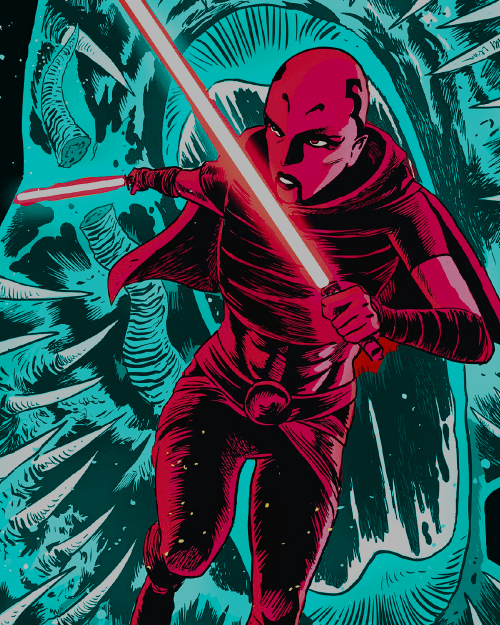 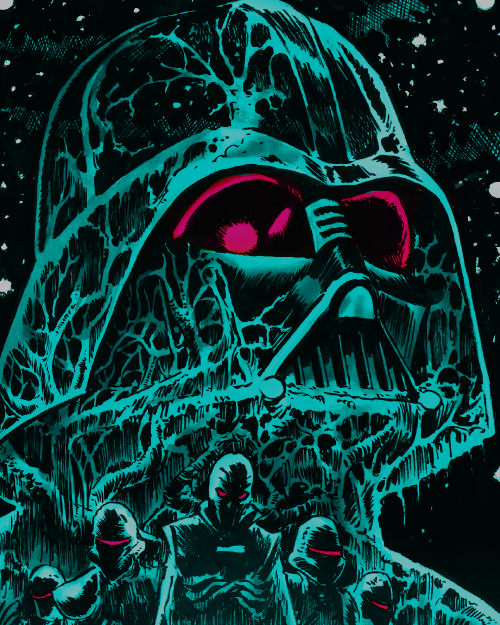 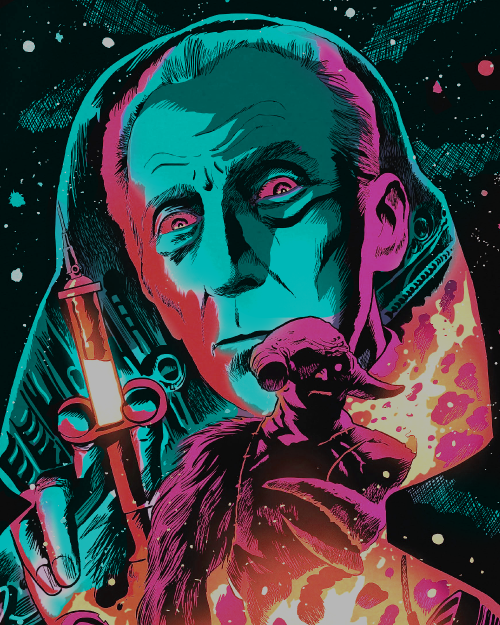 “There is an entire subplot with Padme joining the Rebel Alliance with Mon Mothma and Bail Organa. This was really her story, that was going along at the same time that Anakin was being seduced by Palpatine at the beginning before he turns.”

Luke’s not quite sure how to handle the unconscious Vader lying amongst the smoking wreckage of his TIE. He wasn’t supposed to be here. The Alliance had no intelligence that he would be. It was just supposed to be a quick supply run to get Luke back on his feet after Bespin. But now he’s staring at that skeletal mask again, albeit from a click away. But already, his hand has strayed to his belt, looking for a saber with a hand made of wires and gears, only to clench around nothing but air.

Luke’s own x-wing is smashed to pieces behind him in the trees; no way out, his blaster with it. He was lucky to walk away uninjured. And maybe there’s something salvageable in Vader’s smashed TIE, but to see if that’s true would mean he’d have to approach the ship and with it Vader himself. And his body seems very opposed to that, his feet stuck to the grass.

Why did Vader have to be here ? Luke wasn’t prepared for this. He can’t seem to process the dark figure lying prone, not five meters away. Leia would have shot him right then and there, no matter what shocking revelation of parental relation she had heard. But Luke still makes no move. He can do little more than stare, nonexistent wind whistling in his ears, the memory of falling bright in his mind.

The wreckage continues to smoke, clouding the bright sky, and the sounds of the forest distantly filter through the fog of Luke’s mind. A sudden cracking as one of the TIE’s broken wings finally crashes to the clearing floor snaps Luke back to the present with a start. He should really make a plan, do something before Vader wakes up. Because he would really prefer not to be around when that happens. He does not want to have to think about anything that happened between them, and, granted, he hasn’t been doing a great job of that over the last month, but being in the man’s presence is definitely making it more challenging.

So he’ll scavenge through Vader’s TIE to find something he can hopefully use to repair his comm, and then he’ll get the hell off this planet. There are some holes in the plan, he admits, but it’s all he’s got. So Luke sucks in a deep breath and forces his feet forward.

He skirts the motionless form of Vader on the grass, trying to keep space between them as he approaches the downed TIE. But something on the Sith’s belt catches his attention: it’s Vader’s lightsaber. And something inside him blanches at the thought of holding the weapon that took his hand, but it’s not like he can leave Vader armed if he’s going to wake at any moment. So Luke pauses and, unwilling to approach him, stretches out a hand and calls the saber to him with the Force. It smacks into the palm of his prosthetic, and he blinks. It’s heavier than the one he lost on Bespin, but the design is similar. Another point towards a truth he doesn’t want to believe.

But it seems the galaxy is determined for him to confront it because Vader jerks in the grass, and Luke flinches back a step, finger hovering over the ignition button for the saber. Slowly, the dark figure rises, like darkness coalescing into physical form, and Luke hefts the unlit saber up further, fear threatening to choke him as his thoughts abandon him in the presence of everything he’s tried to avoid for the last month.

Vader stands slowly, like a starbird rising from the ashes, and turns. There’s a crack running down the left side of his mask through the lens of one of his eyepieces; though, it’s not wide enough for any of his face to be visible. Luke resists the urge to take another step back and instead ignites the lightsaber. The red blade crackles into life and Luke’s stomach churns at the sight, but he forces his gaze back up as Vader turns slowly. The Sith’s right arm is held close to his chest, the fingers twitching slightly. Probably damaged in the crash, Luke guesses.

They stand there for what seems like forever, the just barely uneven breaths of the respirator joining the sparking of the TIE and the distant calls of birds as they stare, the red blade hanging between them to keep Vader from approaching. But he doesn’t even try.

And suddenly, the deep rasp echoes through the clearing, “Who are you?”

If I opened shipping requests would you guys be interested.

Obvsiously I don’t have a universal knowledge of all fandoms - but you guys could send me descriptions about yourself and I would say who I ship you with.

Fandoms would probably be limited to: