Some creatures should never see the light of day…

Sir, that is not an effective mask

Dash is in love with the holee roller

If you listen closely

ME SOBBING DRAMATICALLY TO DASHER AT 6:31PM-

#it makes me think of dancing in the kitchen at 3am with your SO in pajamas, #🥺🥺🥺💖💖💖, #gerard way, #gerardway, #dasher
0 notes · See All
sitta-pusillaText

#my dogs, #Dasher, #she's grown into such a good dog!
5 notes · See All
chemicallybizarre-shippingText

Sometimes you just have to make your f/o flustered when he captures you and that’s okay. ||

Did some doodles, and IDK

I like how the troubleshooting for the doordash ios app is “just delete your app loser.”

#doordash, #it’s been glitching lately where when I’m looking at a live order, #it will show me the map and when a dasher is moving around, #but it won’t show me my receipt or the dasher’s name etc
2 notes · See All
ambitionsourceText

For each appreciation day, the creative team of AMBITION chimed in to share what they love most about the character. Then we’ll share a couple of the memes that are common in our group chat centering on this character. :)

“What I love most about Asher Lupe Garcia is his feral nature and how his emotions drive his logic, Asher lets himself feel what he feels, he’s a sensitive guy. But his sensitive side is no hindrance for his feral instincts, he’s ready to fight 24/7, especially when he’s defending the people he loves. His dedication and attention to detail goes way further than set design, he manages to see hidden depths in people who are often overlooked by others. I’m so excited for him to keep discovering himself in S3 and beyond.” –Natalia, beta

“Dat Ashhhh lmao jk idk what that was I don’t call him that. The other half of the show’s healthiest relationship. I think Asher is actually someone I relate with a lot more than I realize bc of his sensitivity, loyalty to his friends, and anxiety lmao. Like I said for Dyl, I’m so happy he’s a regular this season :)” –Divine, beta

“Asher, the king of my heart! I love my over-anxious little bird bones so much. ❤ I am so excited for everyone to see what’s in store for him this season – it’s some of the most incredible arc we’ve gotten to see from him yet, and I can’t wait for y'all to see it! Happy Asher Day, Asher Nation; all of you are as iconic as your namesake. ❤” –Katie, co-producer

“What I love most about Asher is that he’s both relatable and someone to aspire to be like. He has strong morals and sticks by them, he knows what he wants in life and works hard to get it, and he’s been in a committed relationship since like… 14. But he’s anxious, too much of a perfectionist, and is prepared to kill a bitch (cough Maya cough) if it comes to it. He’s someone I would genuinely want to be friends with in real life, and I love seeing him be an amazing friend to those around him. Can’t wait to delve into who he is and what makes him tick even more in S3!!” –Esther, co-creator

“Asher Lupe Garcia, bird bones! It’s no secret how much I love this neurotic, compassionate, slightly feral twink. Much like his other half, Asher was never intended to become as crucial to the story of AMBITION as he has, but that ascension was incredibly organic. He actually was more instrumental in Dasher’s rise to regulars at first, as it was his driving love for Lucas and need to stand up to him in fact to protect him (and Dylan) that become the core of that major S2 arc. He definitely encapsulates a lot of my own life experience in that narrative arc, being the best friend who gets accused of being perfect and not getting it and having everything easy (and that definitely not being true), but still has to make the tough choices in keeping the people you love from going off the deep end (at, admittedly, a much too young age to be making those type of choices). Then, of course, there’s the other ways he incidentally reflects pieces of my nature – his obsessive mind, his attention to detail and wanting everything to be as good as it could possibly be, the effort he puts into taking care of his friends (being the “mom” friend). However, for all the ways he takes after me, there’s an equal quality that is nothing like me, like his great hair, how fastidious he is about his appearance, and of course, having a Dylan Orlando to spend the rest of his life with. Asher and Dylan are two characters that expand in my mind far past AAA alone, and they’ve already inspired so many other projects and ideas that they’re essentially my muses at this point. So there will always be a deep, deep love for Asher and his feral, finicky, sensitive bird bones. ♥” –Maggie, co-creator

And now, a couple of our favorite memes:

It wasn’t so much torturous, pun not intended, anymore, but rather exasperating, dozy and waking up tied to something or other in an enemy base. Of course this wasn’t the part Rex signed up for, but he knew this was the sort of…risks that a career like a secret agent would entail. Besides, maybe he had too much fun exercising his usual charm with the interrogator.

#so i signed up to be a dasher, #like a doordash delivery driver, #and today i did two deliveries, #of course on the side of town that i HATE, #and i am mentally exhausted, #idk how they do iy, #it*, #but then again, #I'm a mega introvert, #i can only be out for so long before i just wanna go home, #so with that being said, #i kinda hope that when i email my boss tomorrow, #he says he sent that layoff email in error & I'm actually supposed to be back on friday, #cause likr, #he sent the email giving the new plan and then said he was gonna send new layoff papers, #but that was friday at noon, #its tuesday & i still have the gotten one, #last time this happened i got my recall date so we'll see, #i mean regardless imma be fine, #i have backup plans, #but it's the 'up in the air'ness of it all that i don't like, #bc I'm tryna move, #and i wanna apply in six weeks so i need to have my shit in order, #which means bills significantly paid down, #credit cards gone
0 notes · See All
puppyrazziText

I feel so bad but it looked so stupid. Just playing and suddenly tipped over before I realized what was happening.

I have been working hard on my front cover for my Dasher origin story. I have been using Clip Studio Paint to build this image and used my sketch app to make the title separately. This will be my plan after I finish my life in UCLan university. 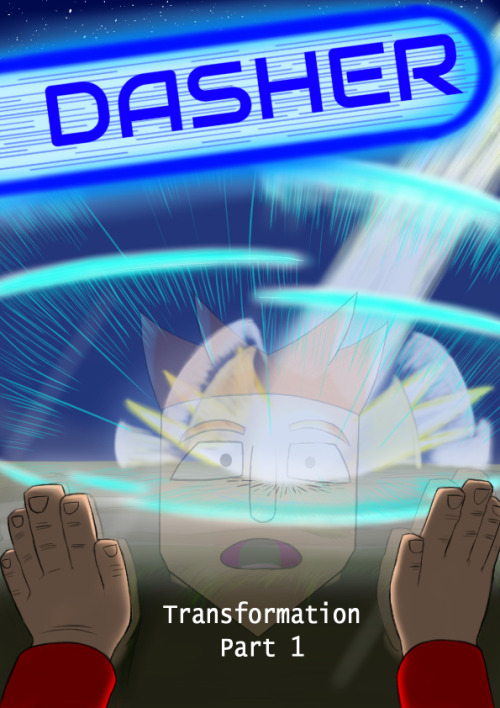 This happy 7 tails fox is Dasher, because 7 tails are not so many tails, some kitsunes have 9 tails but he doesn’t mind to have 2 less

Picture for Dasher, a gift from Doggett Douglas McDog 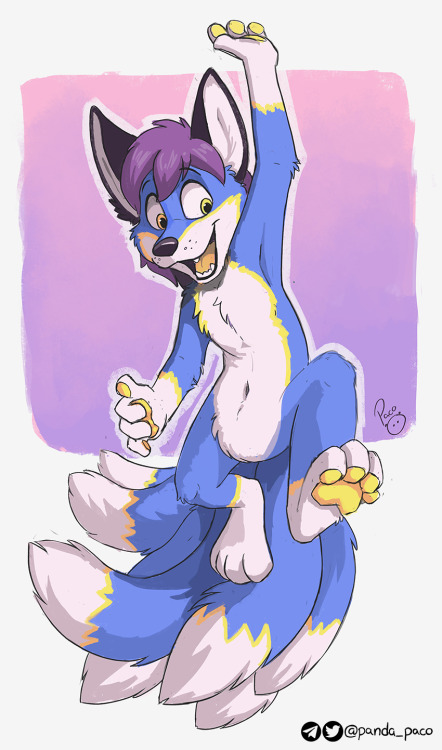 I have been going through my art book to make sure that everything is done right. But then I realized that Ben’s background was merging with his T-shirt because it was red. I didn’t want Ben to look invisible. So I changed the background colour to bright orange. I hope that it was the better choice of colour to represent Ben.