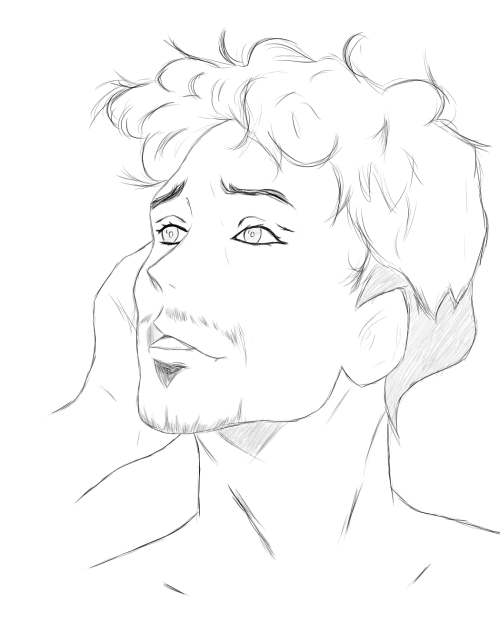 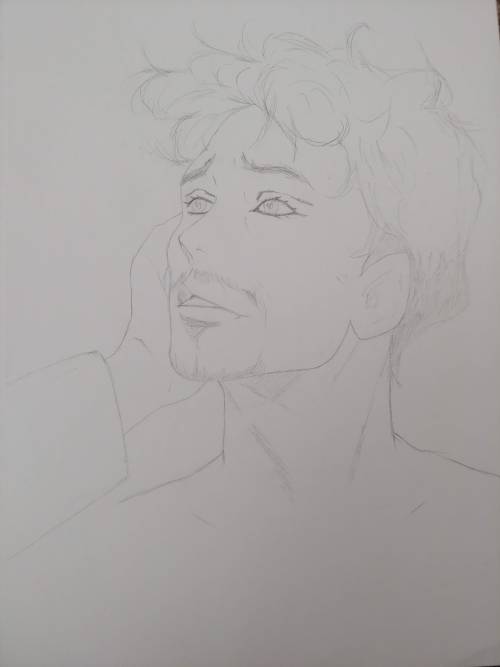 *hugs klaus hargreeves* this is my emotional support bastard

If we don’t get more Dave in season 2 I’m going to punch someone. You buried your gay, you better be ready to dig him up and bring him back as a sexy ghost.

He’d clicked with Dave immediately, and the man never seemed to get tired of him, something Klaus wasn’t really used to. They’d gotten close over the last couple months, and Dave had patiently taught him everything about this new place he was stuck in. But, also, he *listened*. He listened to Klaus’ late-night, practically nonsensical ramblings. And he listened when Klaus told him the whole story about where he had come from. They’d stayed out late together, one night, and Klaus, drunk and finally sure he could trust Dave, had told him the whole story.

Everything from him and his siblings’ powers, to the death of Reginald and their odd family reunion, to the murders he’d witnessed, to the kidnapping, and finally to the time traveling briefcase he’d used to get there. He couldn’t tell if Dave really believed his story, but if he didn’t, he never said anything.

It had become a more common occurrence, after that; the two sneaking off together, and Dave listening intently to Klaus’ stories of the future. One topic that came up a lot was Klaus’ siblings. Dave found the family very interesting. Dave had brothers, as well, but the most interesting thing about them was that one of them was missing a toe.

Klaus’ brothers, on the other hand, were extremely interesting. One of them was apparently fantastically strong, and could almost lift a truck without breaking a sweat! Dave thought that amount of strength would be pretty useful on a battlefield.

Another one of Klaus’ brothers was even stranger, though. Although he’d been born the same time as the rest of his siblings, he still looked like a teenager. Klaus had told Dave that he could teleport, and travel through time. Apparently the latter of those explained his appearance, but Dave hadn’t yet worked out how.

Klaus hadn’t gotten to telling Dave about the rest of his family, yet, and the man looked forward to hearing about more of these amazingly interesting people Klaus called family. He was happy to listen, always, and he hoped that Klaus knew how much he cared.

Chapter two is out now!

Klaus is an art student who likes to come to a particular cafe to work on his new designs! This time, he’s frantically working to get his designs done before the annual student fashion show. Only this time, there’s someone new working..someone quite interesting.

Dave: in French, we don’t say “I love you”, we say “tu me manques”, which means “ you are missing from me” and I think that’s beautiful.

Klaus: in America, we don’t say you all, we say y’all, which means you all, unless you’re with more than one person, in which case you say all y’all which means all you all and I think that’s beautiful.

Klaus: *unbottoning his shirt* well when you put it like that-

“ Ten months. Klaus has been in Vietnam for ten months. Ten horrifying, yet wonderful months. But his time in the past has come to an end.” (final chapter)

Amidst the Chaos, ch 5 “We could be so good together”

“ Klaus and Dave go back to their hotel room after their night at the bar….and they don’t come up for air until it’s time to go back to Firebase.”

(Probably already been done but hey why not)

“For the record, I thought you were great tonight.” Dave says, giving himself a mental high five. Great opening line, he was off to a good start.

Klaus’ twinkle, his lip quirking up at the corners. “I remember you.” Klaus lazily crosses his arms, leaning casually against the crates. “You were in the front row.”

“Yeah,” Dave says with a chuckle, “had to pick the best seats in the house.”

“I know-“ Dave blurts out, immediately wincing. Great, now I sound like a stalker. “I-it’s just, I’ve seen you all on tv a lot- not that I watch all your stuff or anything-“ God, now he sounds like he doesn’t like their act! Dave thinks, oblivious to Klaus’ amused smile. “I just, you know, the posters too and…” Dave trails off, face thoroughly reddened with blush. “I’m Dave.” He thrusts our his hand to Klaus.

Klaus looks at Dave’s hand amused, then he giggles (giggles!) and takes it in his own, his long slender fingers wrapping around Dave’s thicker ones.

“Pleasures all mine, Dave.” Klaus says, and Dave is sure he means it.

klaus: so… you saw me eat that hot pocket i found in the garbage?

klaus: …any thoughts on that?

Headcannon that every time something gay/progressive happens Klaus says “Trump would hate this”, which makes the other soldiers at Vietnam more than a little concerned.

If I died, we’d be together

I can’t always just forget him

But he could try

Ben, about Dave and Klaus: You’re both communication bottoms.

Ben: One of you needs to be the communication top.

Klaus: And here’s where you lost me—

Klaus, pointing at the sky: That’s a cloud.

Hey, anyone know what the information on Dave’s dog tags are? Asking for a friend