(AN: Warning, this has a depiction of a stalker. If you find yourself or someone you know with a stalker, contact the authorities and get out of that situation immediately. If you are or are becoming a stalker, then please seek help to stop)

It was a completely casual June day at Hope’s Peak Academy. Well, as casual as you can get when you’re at Hope’s Peak, the kind of place where if something Hope’s Peak related caused the apocalypse, at least a few people would have to pay up on bets in the time before everything goes completely to hell.

Currently, it was lunchtime and the members of class 77-B were variously split up into their own little groups. One of the largest groups, composed of Nagito, Hajime (Reserve Course student moved into this class and quickly proved to be an excellent influence on his classmates), Fuyuhiko, and Kazuichi were eating handmade bentos (they made a bet on who between Fuyuhiko, Kazuichi, and Hajime would make the best bento last night; Hajime won since he knows how to cook decently, so the others just got theirs from Teruteru) and sitting under one of the biggest trees in the athletic field, making intermittent commentary on how insane Sakura Oogami’s training regime is (seriously, she’s doing one-handed pushups while Aoi and Makoto sit on her back!!) As Hajime helps to feed Nagito, who had broken his arms due to a terrible accident last week, Fuyuhiko and Kazuichi get on the topic of their recent romantic endeavors and how those are going. Honestly, Fuyuhiko’s attempts to romance Peko are going rather poorly, since he’s just so bad at expressing his feelings and really Peko’s not that good at emotions either.

“Well,” Fuyuhiko yelled as Hajime and Kazuichi start laughing at the tale of Fuyuhiko’s latest try at giving Peko a present that ended in him running away in embarrassment “what the hell are you doing with Gundham, huh?! It’s not like you’ve managed to do anything!!”

That’s when a thought (something rather rare for Kazuichi, in his friends’ opinions) crossed Kazuichi’s mind, only partially related to the topic. Since Kazuichi wasn’t very known to hide his thoughts from his friends, he voiced it.

“Hey, did I do something to make everyone mad at me lately?” he asked, to the rest of the group’s confusion and worry.

“W-why do you ask that?” Hajime asked, feeling a bead of sweat roll down his spine.

“Well, how do I put this? Uh, you know how everyone else’s been weird around me lately? With Mikan running off in tears the other day and Ibuki getting tackled by Akane when she tried to tell me something last night? Seriously did something happen to make everyone mad?”

What Kazuichi is referring to, of course, is the sudden change in his classmates following the last week. He’s going to be completely honest, he did not know much of what happened. But he does know that suddenly everything’s all tense whenever he comes into the room.

The reason for this is not because of anything that Kazuichi himself did, it’s that Gundham, who has been absolutely obsessed with Kazuichi ever since they met, is always following him around and glares at people like he’s ready to strangle them if they even dared to get in his way with Kazuichi.

The whole class knows about it, really. It’s really hard not to when several people find a stalker shrine hidden in Gundham’s room and Hajime got a “Fall in love with my Kazuichi and you won’t live to regret it” note delivered to him early in the year by a spectacularly well trained Bengal tiger, in his room, at 7 am. It’s just that no one can agree on what they can do about it since Gundham’s a very strong, tall, terrifying man with a distinct interest in the occult and many, many highly trained and dangerous animals completely loyal to him and they’re all very, very certain that telling Kazuichi about Gundham’s true nature would cause Gundham to kill them very, very painfully.

Of course, there’s naturally no way they can tell Kazuichi any of that stuff, but now they have to walk on eggshells around him because no one can decide on what to do about it.

“What?! No!” Fuyuhiko yelled out defensively, involuntarily glancing at the school menagerie where Gundham is not even really hiding that he’s staring at them as he pets a grown brown bear with disturbing calm.

“Well, what’s up with everyone, huh?!” Kazuichi yelled angrily and with some panic.

At this point, Hajime had to think fast. He can either tell Kazuichi and die or he can keep Kazuichi in the dark and risk something going really wrong if they ever get together. Then the choice was made for him.

“Actually, your birthday’s coming up soon, right? Oops, I guess the secret’s out then” Nagito said, clearly being the MVP here by expertly switching the topic.

At first, Kazuichi was pretty confused on what the hell he was talking about, then he remembered that oh yeah, his birthday was coming up this week!!

“Ohh!!” Kazuichi said, a lightbulb clearly coming above his head for a completely wrong reason “Yeah, it’s the end of the week, how’d you guess?!”

“Well, I’d heard something about a trip to that tech sto-”

Hajime clicked on what he was getting at and played along, interrupting with a “Nagito!!”

“Oh, my bad. We weren’t supposed to say anything about that.” Nagito then did that thing where he looks at his hand in self-deprecation, which would be more serious if he didn’t have both forearms in casts.

Before he could listen to any of the (faked) argument, the bell rings, signaling the end of lunch and Kazuichi’s ability to listen for the day. Kazuichi practically skipped off to the classroom building, ready to start eagerly speculating on what his friends and classmates were going to do for his birthday, not noticing Gundham putting away the bear in the menagerie and following after him at all.

Patches of Clouds Around the Bow Range and Peaks Near the Continental Divide (Black & White, Banff National Park) by Mark Stevens
Via Flickr:
This was taken while waiting for a much anticipated train visit to Morant’s Curve…much anticipated! So during those minutes of waiting, I used the time as productively as I could, metering and exposing to determine a good capture given the clouds and overcast weather. What I wanted to do with this capture was take that image looking just beyond some nearby trees to the curve of the Bow River at this point. One would then see the low clouds all around the far off mountain peaks. I later converted to black & white using Silver Efex Pro 2 and worked to bring out that drama of the tonal contrast for this famous setting.

Petroglyphs and Prehistoric Rock Art at the Newspaper Rock State Historic Monument by Mark Stevens
Via Flickr:
As I’d begun to plan this trip with the many stops at national parks and monuments, a co-worker had mentioned this as a place worthy of a stop. For this image, I focused on one section that seemed to be covered from edge to edge with stories and art. I felt that that best captured the idea for this monument. Anyone could then image all the stories and history being written and told…

#day 4, #minecraft, #mc
1 notes · See All
sbnkalnyQuote
afloon
#QUOTE, #DAY 4, #Wordfucker, #the fucker of words fr optn two (watch youtube) or reply with any enemies, #like winning and losing, #that would cause me to lose the War, #But until then we get it, #you KNOW.
6 notes · See All
thorsenmarkVideo

A Scenic View with Badlands and Prairie Grasses Along the Cliff Shelf Nature Trail (Badlands National Park) by Mark Stevens
Via Flickr:
Given the overcast skies and intermittent rain that day, I decided to angle my SLR camera slightly downward capturing the badlands and formations to my front. I could then work an angle to include the upper portions of the butte and pinnacles off in the distance. I later used a Pro Contrast and Skylight CEP filter in Capture NX2 for the final image to address what I felt was the more muted colors from the overcast skies above.

I skipped the post yesterday, so there are day 3 & 4 questions (although, day 4 is pretty short tbh).

Day 3. What stage of your life were you in when you watched The Slayers?

When I watched Slayers for the first time I was a in my early teens (13 - 14 years old). I was living with my parents and attending high school and, basically, being a standard teen.
When Revolution and Evolution-R premiered I was on my mid twenties and my interest on anime and manga were low, but I celebrated and watched the new seasons even if I didn’t involve myself on the fandom.

Day 4. Have you met anyone involved in any way with the creation of the show? Hajime Kanzaka, a voice actor be they Japanese, American, Spanish, Elvin, etc? A janitor who worked in the animation studio? What were they like?

I wish… Unfortunately, I can not say very much on this point.

(i guees. it’s bit confusing (or more) how to draw it. i’ll explain it)

Andy and Jasper’s relationship in my opinion, they adjust themselves to each other. uh … hard to say. like there are no secrets between them, open, always asking and answering each other, compromising, not thinking too much about the bad past and making a good future together. and in the future they begin to conform. 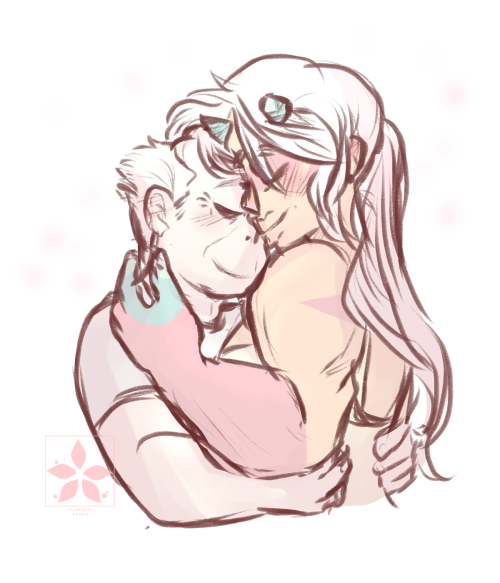 not really. i’m scared i won’t be wanted if i get bigger and feel like i’ll be more loved if i shrink

#emm.r, #day 4, #but i love everone else for who they are im just traumatised by stuff
1 notes · See All
fr-thecollectorsPhoto

Arey is an adventurer who treks across Sorneith with his best friend Rhox. He’s always up for discovering something new. He was originally bought for fodder, but I made the mistake of dressing him and fell in love.

Ricben is a Dream Walker. He aids his sister Kutta with infiltrating a drgaon’s dreams so that she may devour them. It’s unknown what Ricben truly is, as his form often shifts. Most settle for calling the siblings simply “spirits.”
(Skin: Beltane by Endivinity) 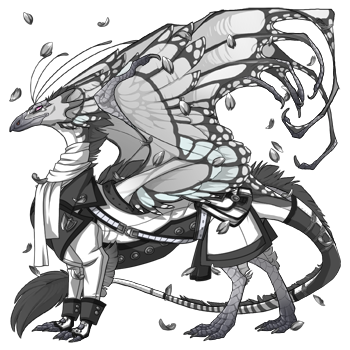 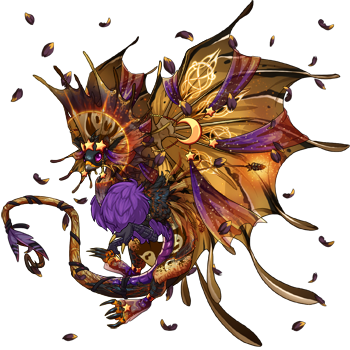