«Just like that, kitten» One of Jonn’s hands grabbed onto Freddie’s hair, pulling him in close enough. Freddie started working Jonn’s cock with quick strokes. Giving him the blowjob’s of a life time.

Anon we have the same headcanon! Freddie can’t do anything against John when the boy bat his eyelashes whining a little “Pleaseee🥺”. Until Freddie says yes and he says yes ALL THE DAMN TIMES. Roger would try to do the same with Brian but he says no, because no one has John’s power.

#deacury, #headcanon
4 notes · See All
rogerinasleftsockChat
Deaky: Have you ever seen something that changed your life?
Freddie: I saw you.
Deaky:
Deaky: Honestly, that's really great, Fred, but it makes this situation slightly awkward because I was going to show you this jar of peanut butter for which Brian made a label with my face on it.
#queen, #queen band, #incorrect queen quotes, #incorrect queen, #deacury, #john deacon, #freddie mercury, #brian may, #roger taylor
26 notes · See All
ccccuminText

It’s a birthday present for my friend XiongMao,she a very nice and warm-hearted perso, without her,I may not drawing Queen fannart today. 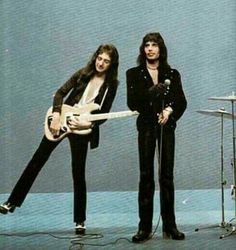 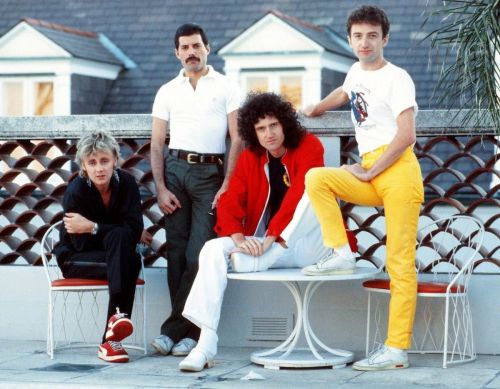 Freddie was honestly shocked when he found out what happened the last concert between that american boy, Joe, and his sweet baby John.

«F-Fred, are you jealous?» John asked him almost shyly. The gig is over and they’re in the dressing room, Roger and Brian go out for few drinks leaving the two of them alone.

Freddie scoffed, the true is yes, of course was jealous. Not only because some stupid groupie stole his John from him but how was possible that even John who was the most shy out the four them, found some good shag and not him?

Joe and another guy, possibly another groupie?

Freddie had to put it that Joe was a very hot guy and so was his friend beside him.

«This is Rami» Joe gave him a little push so now he was in front of Freddie who was smirking. Something in Freddie’s mind lit up.

«Well, hello Rami» Freddie said nonchalantly kissing his knuckles when the young boy gave him his hand. «Nice to meet you, darling

Freddie, texting John: I’m CRYING. You made me CRY

Freddie: No, now is not the time for pet names

John: No, I’m calling you a baby

-ofc a piss fic bc why would I not, basically John pisses himself in a dentist office, I promise it’s not as bad as it sounds

-then my dealor week shit lmao

-I’m also working on some asks, sorry for being so slow on those 😬

The kids in the Empress AU:

John’s children:
Prince Rowan May, Beta, (1), fathered by Brian
Princess Matilda May, Alpha (born some months after their marriage to Freddie), fathered by Roger

Freddie’s children:
Princess Jasmine May, Alpha, fathered by Brian
(Possibly more to be added as I don’t see Freddie having trouble conceiving in this ‘verse)

John walks up to him «You did it so good, kitten» He kisses his face wiping tears away «You deserve a reward»

«Thank you» He sighs when John pulls the toy out of him.

«I want you to ride me, kitten» He lifts Freddie like the lightest thing in the world. The young boy whines, even if he was sitting al his legs hurt and are shaking. «H-Hurts» He says only.

John looks at him, Freddie probably is the most fucked out the three, so John decides to have mercy on him. «Alright, let daddy take care of you»

John lie him gently on the bed next to Roger and starts fucking him slow, Freddie is letting out soft gasps and moans with John leaving kisses all over his body.

Freddie screams when he comes and John follows him shortly after.