It’s art time again so I made a desktop wallpaper!!! The background colours were a lot of fun to do!!!

I dunno what this is, just don’t question it lol.

Fan theory nobody asked for:

Detective Shibazaki in Zankyou No terror is an older Matsuda from Death Note.

Nothing in particular to support this…. other than this man has seen sOME sHIT

I’m having a hard time sleeping and I need to stop my brain from thinking about scary things, so I thought I would take this opportunity to share something very important to me as a fictive and as a person.

This is my copy of Death Note: Another Note, The Los Angeles BB Murder Cases

I wouldn’t exist without this, so, this book is pretty important to me.

See the chain on the side there? I poked a hole through there with a pair of scissors so that I could put this through there

One of Lex’s friends from high school got him that keychain at Anime Boston, I think AB 2008? We don’t know the artist, unfortunately, so we can’t give credit (if anyone by any chance does, please let me know) but this little guy was the first B I ever got and I love my lil keychain friend. He has since ripped, and just kinda lives in the front cover now, but I love him nevertheless. Also inside the front cover is this

Some Roman Numerals you might find familiar. I hold these in there too.

And aside from that just

like come on. it’s even got one of those fancy built in bookmarks

I love this book, as you can probably tell from it’s condition. For comparison, this is Lex’s Spanish translation of the book.

Okay, I’m done being gushy now. I’m having so many feelings about my source lately, and I just love it so much. I don’t have  more words. But I don’t think I really need them, do I?

I want to watch Beyond Birthday

No matter how gifted you are, you alone can not change the world

Learning to better myself 💞 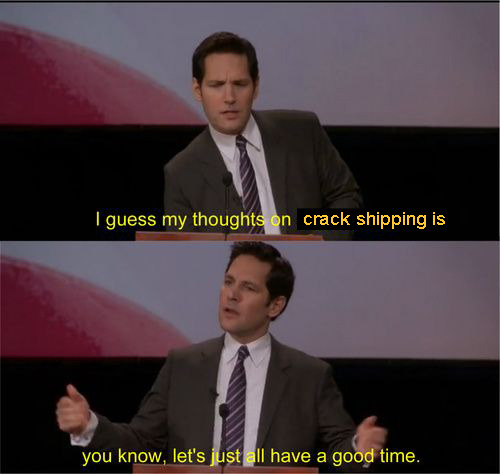 Here you go! Thanks for requesting, Anon <3

I really loved how these turned out omg, the pink aesthetic is cute with misa just as much as the goth aesthetic!

Ohh Anon I love this!! Enjoy!

It all depends on what he ends up (being socially forced) to drink!

-Wine: He gets very quiet. He will seem to be normal until he tries to pick something up and completely misses and falls on the ground.

Liquor: He isn’t really a light weight, but also doesn’t have a very high tolerance since he doesn’t drink often. So if he ends up drinking a lot, he ends up finding random things funny. (If he ended up drinking with the task force, he would actually find matsuda’s stupid jokes hilarious)

Beer: He doesn’t really like the taste of beer, but he will drink fruity wine coolers. If he gets drunk on those he will think he can do the impossible. He would say that he can make the tallest sugar cube tower, even though he can’t balance more then 3 at the moment.

Near: (When he’s older of course)

Near can actually hold his liquor pretty well. It takes a more then average to get him drunk.

Wine: He doesn’t really like wine. He will only drink it if they are celebrating something, but he will only sip it.

Liquor: He enjoys dark liquor over light. He ends up getting into competitions with people, because no one believes he can out drink them. He is a sassy drunk, he will still be able to speak in normal sentences, and will basically talk shit.

Beer: He doesn’t drink beer often either, but if he does he gets tired quickly after drinking a few bottles and just goes to sleep.

This boy will drink anything, usually causing him to get sick later on.

Wine: He is the type to drink a whole bottle of wine by himself. Wine causes him to rant about everything. He will go on for hours while drunk on wine.

Beer: He doesn’t really like beer but will drink it. He doesn’t like how it makes him feel bloated and will end up bitching about random things if he gets drunk.

He’s pretty laid back even when he drunk.

Wine: He really only drinks wine if Mello brings home a bunch of bottles and doesn’t want him drinking them all by himself. He actually becomes a bit more affectionate when he’s drunk, the friendly type that will hug you for hours while you cry.

Liquor: He is very chill when drunk on liquor. He smokes even more when drunk, like he will kill 2 packs in one night. He’s the type to just sit back and watch everyone make a fool out of themselves and maybe record it if he isn’t too dizzy.

Beer: He doesn’t really get drunk by beer, but he will drink it while playing video games. If he gets tipsy he might become a bit more aggressive while playing games.

You will see him at bars a bit too often! And as always, he is really unpredictable.

Wine: He actually enjoys wine and knows a lot about it. He also thinks wine goes really well with jam. When he gets drunk on wine, it usually just chills him out. He ends up drinking a few bottles by himself if he had a stressful day.

Beer: He doesn’t like beer, not even the smell of it, so you really won’t see him drinking beer.

I hope you liked it!!

I would like to publicly state that I am firmly against the needless violence and cruelty happening against marginalized groups. Murder is murder. There is no excuse for killing.

I will continue to have this account as a bit of a safe space where you can enjoy pictures of sweets, animals, and to learn interesting facts. However, if you need to talk about what is going on, feel free to contact me privately. If you are going to protest publicly, please remain safe. Dying or being injured for a cause is very noble, but your health (both physically and mentally) matters.

I will continue to work towards justice for all who are suffering. Please, do what you can to uplift others.