Its so disturbing to see abandoned ed blogs. Did they die? Did they recover? Do they just not have access to it anymore? There’s no way to know n its just so freaky.

A delightful birthday present for JJ, as requested:

CONTENT WARNING: this post contains nightmare imagery that may be upsetting to you (fire, blood, death) and displays of grief and mental health struggles. Please put your own wellbeing first and if you wish to message me instead to find out what happened, you are more than welcome to do so. 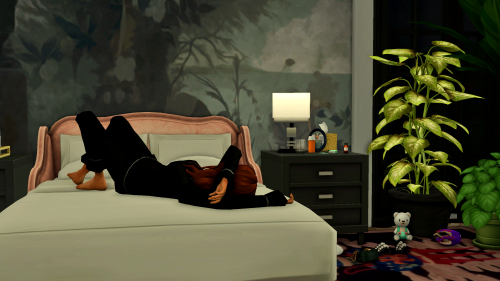 I wanted to have someone who was a really bad human and had to come a long way for their redemption. I wrote the backstory first and I tried to think about how she would redeem herself. Normally people could come around their wrongs with diseases or tragic losses. But considering I had wrote her relationship with her parents as a bad one, the losses wouldn’t work. I had written characters who had cancer and other life-changing conditions before so I wanted to try the amnesia. I did a bunch of research on it to see the lengths it could go and then the whole story of Kate was born.

The addition of Chris, her ex—who I named this gender neuter name so could be either a man or woman since she’s bi—it was to give the story some interesting turn and have someone that stood by her at the start. I live to always have possibilities of open connections to my characters and since the parents aren’t around anymore and she doesn’t have siblings—just a distant step one—an ex seemed an interesting choice.

I landed on Ashley because of the amnesia part. I had thought of Drew Barrymore—I love her movie 50 First Dates, where she has amnesia though of a different kind—but Drew is 45 now, she couldn’t really play my 27-year-old character. Then I remembered Ashley because I am a Twihard at heart and Twilight has been having its renaissance and I’m knees deep into it—Alice Cullen was always my favorite. I hadn’t used her face claim in forever but I found a great amount of gifs to I thought it would be really cool. It’s a plus that I can even give her a haircut at some point and start using short-haired gifs haha!

So that’s the story of Kate and me meeting each other :P 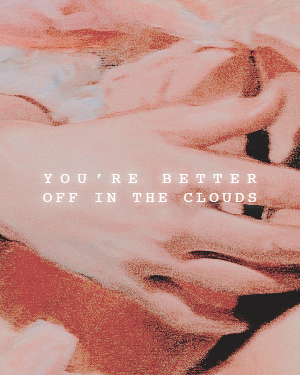 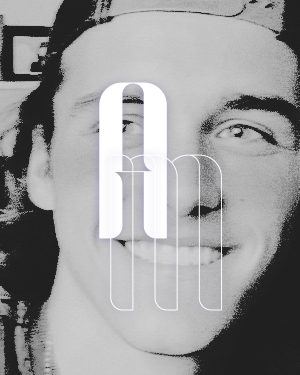 #idk how we got here but we got here, #yelling tw, #tw yelling, #caps tw, #tw caps, #shitpost, #death tw, #tw death, #my sibling suggested this and i dont know how to feel about it, #ask me to tag
1 notes · See All
one-time-i-dreamtText

I met Dorian Electra and they had invented a radioactive substance that worked better as an HRT than testosterone injections or creams (it was called Gayllium). But it also would kill you after a year.

#dream, #submission, #hrt, #dorian electra, #death tw, #horror, #not sure what else to tag this, #injection, #hormone therapy
273 notes · See All
cyberth0tPhoto

transcript under the cut 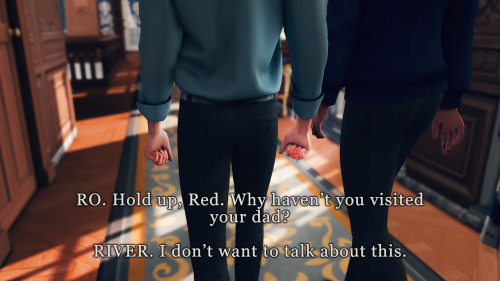 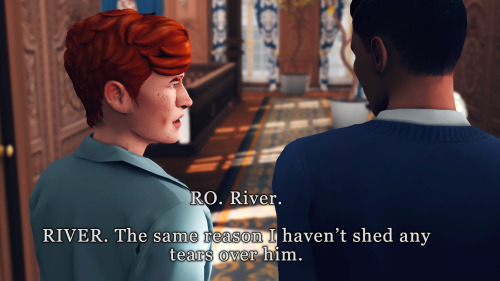 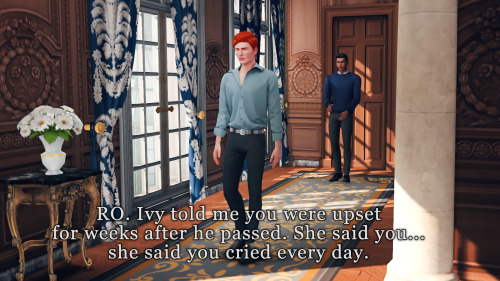 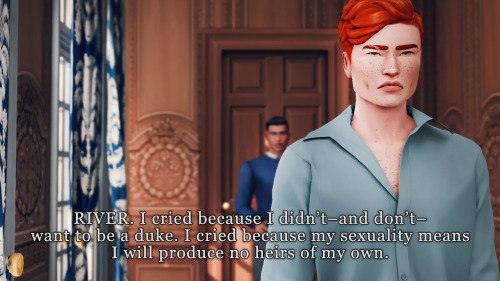 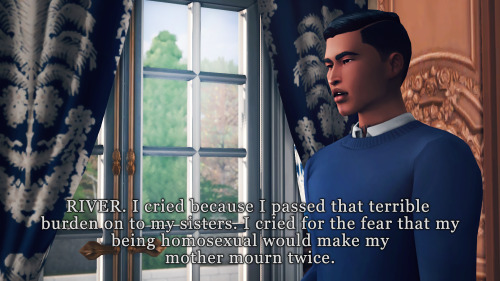 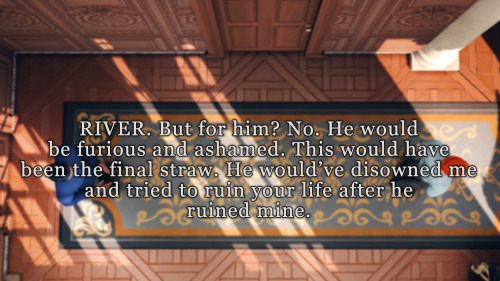 please let your friends know how much you love them.

#please please please, #ive been trying to process this grief in multiple ways but none seem adequate., #it feels unreal still. we were talking right before it happened., #tbd, #death tw
5 notes · See All
lxwkey-as-hellText

Look, if the Zones can survive Mads’ anarcho-avantgarde bullshit, they are practically bulletproof /lh. Murder is an important part of a healthy life- u’ve ever seen a scarecrow get a cold? Of course not! That’s because murder

I’ve had “let me be surprised” stuck in my head all night, it’s pretty close in theme to that time Hallows died so I keep imagining her as Charlie lmao

um my mum passed away last year. it would’ve been her birthday tomorrow so my whole family is coming over to be with my dad and sister and i.

Enzo was seated at one of the tables inside of the Christmas market, a bit more outside of the worse crowd of people, while trying to finish off his mulled wine. He was not a huge fan of the taste, but it was warm and hopefully would serve him the purpose of getting drunk. A cigarette was resting between his lips as he took another pull off it. He wasn’t as excited for Christmas as he normally would be, but his family had done their best in trying to help him with everything that had been going on. he was still bitter over the fact that the police had not found Xavier in time. He was going in for another sip of his drink when he noticed someone in the corner of his eye.

Severin Moran was supposed to be a doctor. He was supposed to be helping people. Five years of schooling, two years in the army, one treating frontline patients in crisis points to…  being benched behind a desk to run budgets for each department, trying it squeeze pennies here and there just to make ends meet. He got to see a handful of patients, if any. Coming home was supposed to be more than this. He missed A&E more than he could possibly admit, and right now it was weighing on his shoulders more than usual. He used to have full faith in people. In her specifically. Cecelia Holmes was respected, brilliant and a once in a generation surgeon but adjusting the life support of a patient was… grounds for termination. Not to mention her being struck off.  The pager had practically vibrated off of his desk.

Crash on London Bridge, three casualties, multiple passers by injured. Once dead on the scene. He wore scrubs constantly, just in case for the awful moments like this when he had to sprint down to the first floor and prove himself. The son had made it into triage by the time he arrived, the second and third casualties still under assessment when the daughter began to code. The head of the emergency room should have handled it, but he was closer. He was the official call in this moment. John Watson grabbed the shock cart, more people moving around them to try and support the situation. He ignored the two Sebastian Morans at the emergency room doors, everything else melted into he background.

Third shock, almost twenty full minutes of chest compression and he absolutely refused to call it. He kept going, the muscles in his arms burning but he couldn’t give it up. Long enough for someone to page Cecelia. He didn’t even notice in the fray, he was too focused on the patient. Early twenties, brown matted hair, heavy streaked eyeliner and-

The ringing of the heart monitor and the call of the alarms meant nothing. He had to keep going.

The more you know, but could you next time give a warning for like. Jake/Explode1’s name please? Majority of this blog’s followers ain’t too keen on seeing his existence, especially on my blog. But thanks for the info. Sounds interesting, and I’m very intrigued. All the more reasons why I care about Aristris so much, because I too would sacrifice myself for my sibling, even if I hate them to guts.

Also a lot of people hate me, so that’s another relate B)

I would say I was uncomfy with Aristris death ar first, but then again, I have an AU where Aristris dies like. 3 times, so I really shouldn’t be complaining. But next time, I still recommend you also give a warning at the start of the ask of aristris death. Still, thanks for the info

Soon I’ll be able to be active here at a reasonable hour. I head home Sunday and will be taking some time for myself all next week before it’s back to visiting family.

FULL PASSAGES UNDER THE CUT

#diveronatalk, #catherinedaly, #one of the passages under the cut talks about maeve's passing so, #death tw, #suicide mention tw, #happy birthday kiersten!!, #(potentially belated depending on the timezone!)
6 notes · See All
Next Page