#Repost @therhythmcoffin with @get_repost
・・・
Interview Intro Clip
Interview intro clip, stay tuned for link to full interview.
Fangs So Much to @deathcat313 for having us over to the castle. —#therhythmcoffin #deathcat (at Temple City, California)
https://www.instagram.com/p/Buk59tDnnse/?utm_source=ig_tumblr_share&igshid=bcvh6oeivsf2 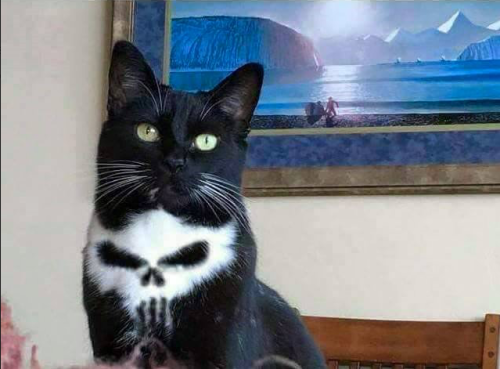 Early in Batman’s career before he can establish a complete romance or any sort of relationship with Selina (besides the lawman/law breaker cat and mouse game), Black Mask hires Slade to kill him. Deathstroke tries to get info on Bats and see’s his interactions with Catwoman so Slade follows her around getting info on her before finally introducing himself

Selina: *turns around* (startled and pissed) Who the HELL are you?!

Slade: I’ve seen you running around with the Bat… from him rather.

Slade: I don’t know how close you two are but I’m being paid 30 million to take him out, if you help me I’ll give you half.

Selina is taken aback by the offer and the amount of money attached to it. She thinks it over for a bit, she thinks about her little sister. “Playing cat and mouse with Batman is fun, but my sister… she’s why I steal… she’s my priority… I need to do what’s best for her and with 15 million that would be easy… all it would take is a dead bat.

Selina: You still haven’t told me your name.

Selina: (warily) You don’t exactly get a name like that for running animal shelters.

Slade: 15 million by any other name would pay the bills just as well. 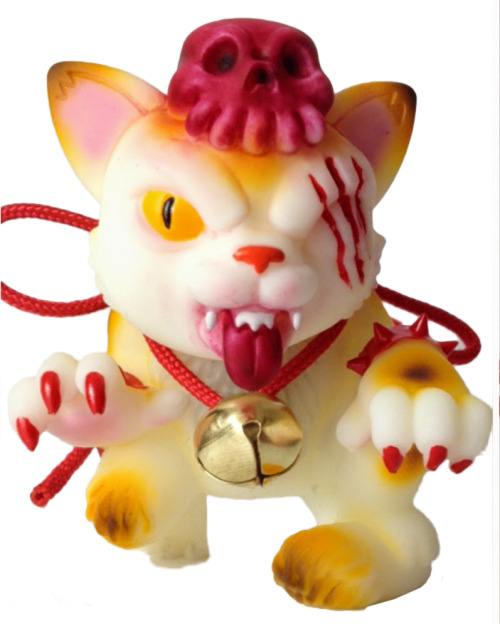 Being half mimic isn’t even obvious upon first look at Dascin. For all purposes, he can pass for a full deathcat- outwardly. He has double sabre teeth in his typical form, usual dark golden eyes, and faint black tiger stripes. He looks a lot like his mother, just bigger. As for his other forms, Dascin has barely explored. It was bad enough being shunned for being different- he didn’t need to make it more obvious. As such, his “default” form is his deathcat one, with a ridge of tough bristle hair along his back, a piece of his left ear missing, and a scar down his nose.

When he finally takes his human form, he tends to take one of an unassuming male he saw when he was a kit. With shaggy black hair, hazel green eyes, a small splash of freckles across his nose. He was in his mid-twenties, perhaps, with small scars on his hands from whatever life he’d lived (as when Dascin and the others found him, he was very clearly dead). He’s thin, with slightly olive-skin and a deceptively soft voice.

Since Dascin feels rather vulnerable in his human shape, he rarely takes it, as he has yet to discover another one that makes him feel safe.

Quiet, reserved, tough, thoughtful, dignified. Dascin may have been raised as an outcast, but he refused to let it define him; he would rise above it and become more because of it.

Dascin is good at making quick decisions- he’s spent much of his life seemingly dancing the edge of a very thin knife, between outcast and participating member in the community.  As such, he can be rash and judgmental (though he won’t say it out loud, of course- he’ll just think you’re an ass).

For the most part he’s “laid back” if only for a lack of communication skills. He has an inherit fear of “outsiders”, which conflicts with his identity on many levels, leaving him confused and disorientated when meeting new people. This awkward standing tends to revert him to putting up a strong front. Easier to intimidate and find out what exactly is intended later on. (Shoot first, ask questions later.)

When it comes to comfort, Dascin prefers his deathcat form- a large cat with double saber teeth, dark golden eyes, and faded tiger black stripes. He has a scar over his nose and his ears are a little damaged. If he’s nervous or unsure of a situation, you can bet he’ll be in his deathcat form.