Day 21 of 31 Days of Halloween is Ghost Deku

I love my baby bakudeku amis so much but I think it’s time for them to find a new home 😭 please DM me if you’re interested! 💚🧡

A tiny Deku hanging out in his Might-o-lantern! 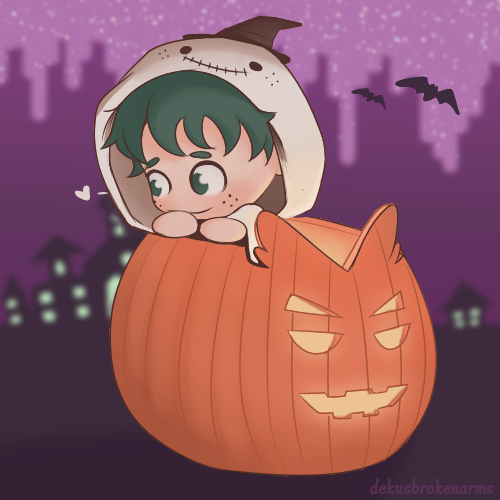 #my hero academia, #bnha, #deku, #kirishima, #meme, #mha, #mha shitpost, #mine, #all might, #bnha shitpost, #izuku midoriya, #overhaul, #deku goes feral, #thats my fave part about my lil green son, #set him on something and that kid will go balls to the walla to succeed., #godbless my tiny babies
2 notes · See All
vanillawaffer3000Text

Was the bird head thing ever in question? I know some fans seem to question it, saying the bird head is in fact Tokoyami’s true Quirk, but that’s about it. The only thing it influences is the fact that Dark Shadow also has a bird head.

But yes, Tokoyami is one of the many examples of the series where the user has a trait that is unrelated to the Quirk which don’t seem to do anything for the user. While there isn’t an official name for it, I prefer to call them Aesthetic Mutations. Traits that give the user a different appearance from the standard human, but have nothing to do with their Quirk and don’t do anything to actually help them. These can be anywhere from Deku’s green hair, Kirishima’s sharp teeth, or Koda’s rocky looks. It’s my way of explaining away the radical changes in looks and abnormal hair and eye colors. But the important thing is that these do nothing for the user. Taking the wings as an example, that could potentially be a Quirk in of itself. So unless they were really small and did nothing, the wings would not be an Aesthetic Mutation and you would be better off making them a full Quirk.

Midoriya: Jail’s no fun. I’ll tell you that much.

Midoriya: Once. In Monopoly.

The weekend had been so quiet. Izuku and Eijirou were the only two who didn’t go home to visit family, so they got plenty of time for the two of them. They went on an ice cream date, studied, and trained together. It was wonderfully relaxing, and the young couple had a blast.

The last night before everyone returned, though, they definitely made a mistake. They decided to watch a scary movie together.

It got even worse when the movie reached its climax. The ghost had just murdered someone new, and the jump scare had driven Izuku into Eijirou’s lap. He was curled into the redhead’s chest, finally feeling safe.

But then a massive crack of lightning and thunder shook the building, and the power in the dorms was gone. They were plunged into darkness, and fear crawled it’s way up their spines.

Thunder cracked again, and they both jumped. They got impossibly closer as they cowered in the dark. “I don’t like this at all. We should have never watched a scary movie.”

“It’s ok, it wouldn’t be very manly of me if I didn’t make you feel safe!” Eijirou tried to puff up his chest and hold Izuku close, but then the dorms’ front door slammed open. The redhead screamed and immediately burrowed his head into Izuku’s neck.

They were both trembling, but when Izuku finally peeked over the back of the couch, nothing was there, and the front door was closed. He turned back to address his boyfriend, but there was a figure there.

Izuku’s quirk activated, and he bolted across the room, with Eijirou in his arms.

Present Mic was standing there, soaked from the rain, with a flashlight lighting up his apologetic small. “Didn’t mean to scare you guys, just wanted to tell everyone the lightning knocked out the power and it won’t be fixed until morning.”

Izuku put Eijirou back on the floor, and the redhead shifted back and forth. They were both blushing after freaking out so bad.

Hizashi tried not to laugh at them, “Well, will you guys be alright?”

“Yes! We should be fine. Thank you for coming to check on us!”

Hizashi left after that, and the two boys let out a sigh of relief. The rest of the night, they tried to spend time in the common room, but all the shadows and noises were terrifying. Eventually, Izuku couldn’t take it anymore.

“Eiji, can we go to one of our rooms or something? I don’t like being out here in the open common room.”

“Scaredy cat?? You screamed too.”

They continued to bicker as they wandered up to Eijirou’s dorm room. They both changed into some of the redhead’s pajamas and climbed into bed. Izuku really thought he’d get better, but every creak from the building and thunder had him gripping tighter onto his boyfriend.

But then, Eijirou started to sing. They were just common pop songs, nothing terribly profound or romantic, but his voice drowned out the rest of the world, and Izuku melted into him. He felt so safe in the redhead’s arms, and it was lulling him to sleep.

Izuku wasn’t even thinking; he was only feeling. His boyfriend was the sweetest, manliest boy he’s ever met. Even if they’ve only been together a few months, Izuku just knew.

Eijirou was shocked, but the pounding in his chest wasn’t from fear anymore. Izuku had already drifted off to sleep once he got his thoughts together, but the redhead kissed his forehead and whispered back, “I love you too, Zuku.”

I did one for Bakugo and Oikawa, the Blogpost will be out on the coming Tuesday, there is rough sketch of the outline here on our Tumblr.

Now let’s get to the next bnha x Haikyuu comparison: Hinata and Deku.

Unlike Oikawa and Bakugo those two have visible common character traits .

- Both having a role model they strive after deeply and in a over-ambitious way almost shackling them down, Deku and Toshinori, Hinata and the little giant

- When not doing something related to their hero work/ Volleyball they are much more nervous, socially-awkward and easily scared

- They hook in rivals easily, focussing people’s eyes on them

- Deeply care about other people and helping them in their own way, Hinata helping Yachi, Kageyama and cheering up Yamaguchi all in all being considerate, Deku help anyone in need peers and strangers alike

- Working hard and more than they actual should, even risking getting scold at

- Reckless behaviour, Deku using One for All and breaking his bones Hinata jumping aimlessly when nervous or too fixed on the ball even bumping into his teammates

- Unbreakable spirit, no more words needed for them

- Respect for both allies and enemies, Deku always analysis both sides and compliments even villains for example Gentle, Hinata as well talking amazed about Oikawa

This is kinda the short version and some lead points, I gonna cover them all in a Blogpost

#gimme a break gimme a break, #i guess the very end too 'break time anytime', #for some of you it's just 'have a break', #shitpost, #midoriya izuku, #deku, #bnha, #boku no hero academia, #mha, #my hero academia, #i cant word this right for the life of me, #decoydigresses, #text
8 notes · See All
adorable-dekuText

I have decided if you hate Deku you the probability of you being dropped on the head as a baby is 99.9%, get better soon❤❤🤗

The other 0.01% means you’re an untrustworthy person of society.

How can you say truthfully you hate this guy!?!??!? 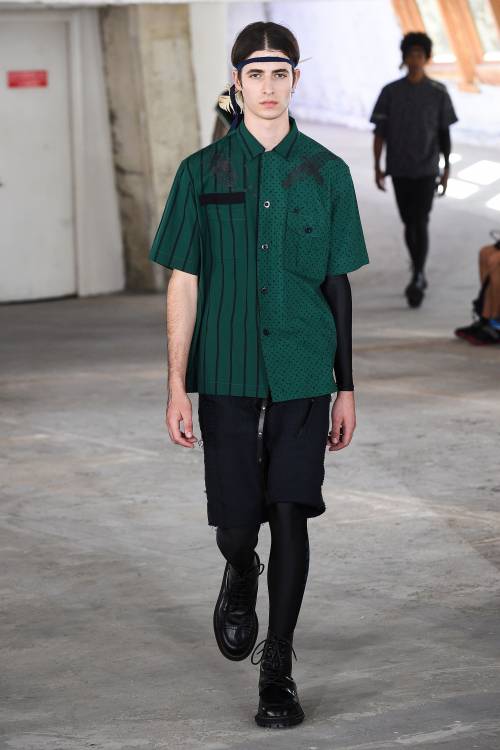 Y’know, objectively, on paper at least, Monoma Neito would be the best candidate to help Deku learn how to handle all these new quirks as fast as he evidently heckin needs to in the warzone that is Japan right now.

I’m not saying this just because Monoma has first-hand experience in using a wide variety of Quirks,

but also because during the joint training arc we saw interactions with his classmates that revealed a distinct teaching style.  When advising his friends in class-B, sure, he tells it like it is, but constructively & with a surprising amount of compassion along with it.  After dealing mostly with mentors that are incredibly gruff, rough, and often went with the kick-the-kid-out-of-the-nest approach, this would be a huge breath of fresh air for Midoriya.

But of course, Monoma, also just so happens to be the only student in the whole cast that’s managed to get our sunshine MC genuinely pissed, he already has a jelusey complex and they’re not on good terms.

Objectively, Monoma would indeed also be, y’know, the worst person to let into the secret of OFA.

authors note: I like this request way too much, so I’m gonna write a part two! I was originally gonna add shouto but I wanted to put it out as soon as possible. thank you for requesting, my love.