Person A: “I thought you said, there wouldn’t be anyone else here.”

Person B: “….There shouldn’t have been.” 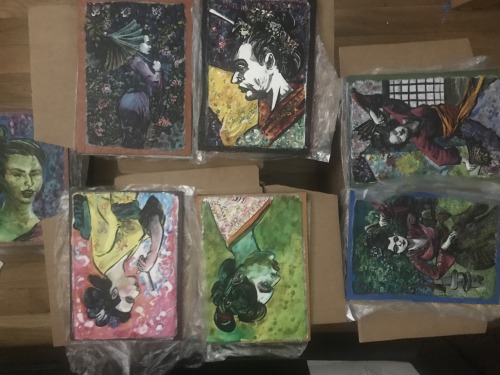 Part of a Twitter series. More to come later, but you will see it there first! 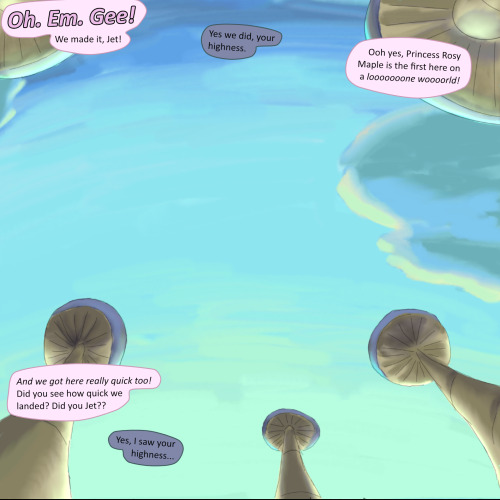 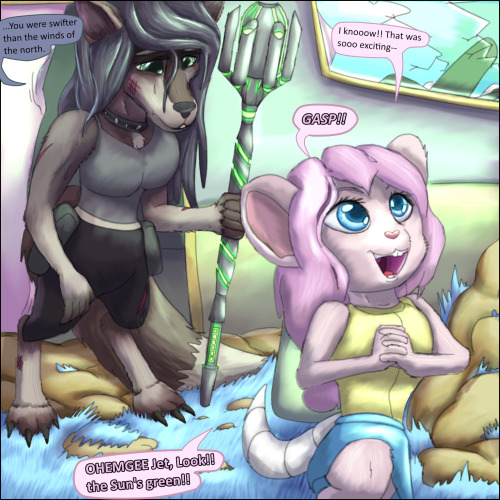 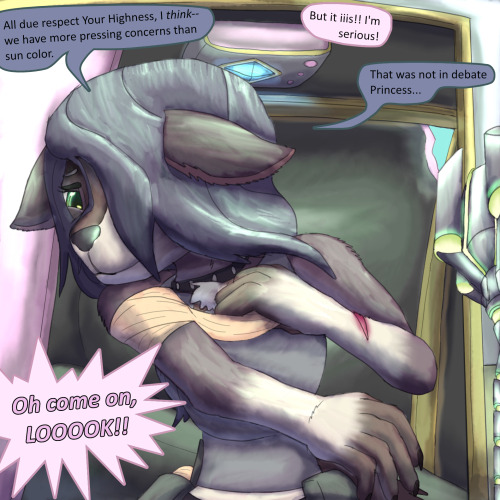 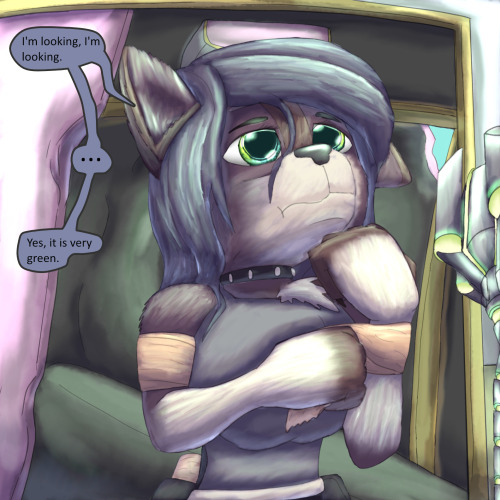 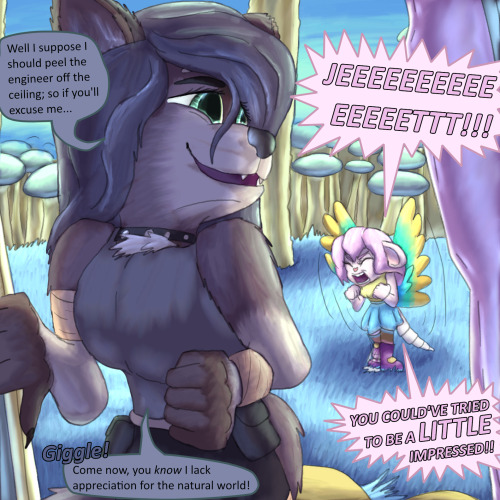 [Paul points at a dead body]

[Steve looks at the dead body]

- How did that even happen?!

-Steve are drunk?! that’s it I’m calling the cops

okay. what do we got. Rain story?

Two hallways aligned and met in the middle, allowing thoughts to be passed through either way.

“We should have brought Jaino with us.” Kyt kept his hand touching her bare skin to strengthen the connection.

Sardha cast a quick glance around the room. “Can he control an ancient god? He might have been used against us.”

It swayed closer and closer to their faces, flames reaching out like branches to pass over the still bodies of their friends.

I should write more scenes for this. it’s so interesting and the dynamics between the Rain story kids is NOT like between the P:BR kids, that’s for sure.

“You wouldn’t if you knew the truth.”

“I know all the truths that matter.”

“I like you too. But you must admit, now isn’t the best time for this.”

me writing fanfic: why do these characters talk so fucking much

Why do I owe them my existence? Shouldn’t I live for me?

That’s selfish. We can’t love your life if it isn’t for others

So our lives are meant to be lived in servitude?

What is your purpose for breathing then?

Person A: “Did you have friends over last night?”

Person A: “….huh…. I could have sworn I heard a whole bunch of people, talking, and dancing around in there…. No music though, now I think of it.”

two open-ish tags this time by @zmlorenz because I can. so I will. I can fold all my laundry but I won’t do that. I am an adult. mm.

Daniel watched them press hands together with a little too much fascination, but this was Daniel, and liked to express his mild interest in something rather loudly. Cal finally brought over the final mug of hot cocoa for Nyks and offered him a hand as well.

Nyks wrinkled his nose at him. “I get it, I have small hands. I don’t have to compare to everybody, all right?”

Cal smiled at him, sweet and sincere. “My hands are warm from carrying the cocoa,” he explained, taking Nyks hands in both of his, swinging them a little. “You take longer to warm up, so I’m helping.”

Cal couldn’t remember his nightmares after he woke up, but that didn’t stop his tears from flooding R’s hair every time he climbed into bed with his brother. R would wrap him in hug and demand that he cry into the sheets instead, it was gross. When morning came too soon for Cal to have gotten any decent sleep, R would pat his cheeks to wake him up instead of throwing pillows at him and Cal would apologize for crying.

Morning dawned with a cool breeze that swept over Jaino’s skin like a kiss. Beside him, Darsh shivered.

He pictured snow angels, lots and lots of snow angels and fell asleep to dream about becoming a snow angel. It was so pretty at first, but then people kept walking on him with the new snow boots, walking all over him and trampling his shape until he was the most tattered snow angel ever.

He woke up hating the snow.

“But not too many new things at once. You’ll get culture shock,” Theo stated firmly.

“Clearly you’re not up to date on current culture trends, so we’ll take it slow. Ree would slow me down anyways. I’ll prove to her I can be a good influence on you.”

“Of course not! I’m a perfectly respectable role-model! I’m just good at finding trouble, as Ree would say, but I think trouble finds me. It’s not entirely my fault. But don’t worry, Aiden, we’ll take good care of you. Between the two of us, we’ll make you smile again.”

Jalek just pats his shoulder awkwardly, nothing to say to that.

Myr doesn’t like this feeling in the air so he changes the subject. “Are you hungry?”

This time Jalek laughs, and it’s a lighter sound that Myr’s was, with all his tightness and rusty vocal cords.

nuthin. not even in my poems but there are a lot and I could not check all of them.

“You were always a coward. You still are a coward. You know you couldn’t handle me without the aid of this curse. I learned too well all the things you and that maniac taught me!” Blood sprayed past her lips as she ranted, but it didn’t matter.

you know, like nobody has read my Blood series, but that’s okay, because I wrote it for me anyway, and now I can use it in tag games! why is there no rope there though, hmph. okay. @rhikasa @toboldlywrite @vylequinne @em-dashes OR ANYBODY perhaps would be please to enjoy to find (okay this is a reference that is an inside joke in my family so just ignore my nonsense) : answer, tomorrow, brought, joke, smirk.

“Didn’t think you were the sort to react violently.”

“What did you expect me to do? Curtsy to the stranger that broke down the door?!”

Prime Minister Imran Khan, on a two-day official visit to Sri Lanka, has said that Pakistan supports resolving all prevailing regional conflicts through dialogue.
He made these remarks while addressing the Pakistan-Sri Lanka Trade and Investment Conference. Imran and Mahinda Rajapaksa led their business delegations at the conference held in a bid to explore avenues of collaboration in…

I sigh ,” you’re gorgeous … and you’re kind. I can tell from your responses to me and your thoughtfulness ..you’re a good person . “

My eyes are glazed over with emotion .

Aquae Lucidius is described in the codex, (under “Wyvern”), as: [The wyvern’s venom is] used in potion-making, alchemy, & the production of a rare & potent liquor called aquae lucidius. The minuscule quantity of the venom remaining in the aquae after distillation leads to a unique hallucinatory effect.

Testimonies from a few of those fortunate enough to sample the costly concoction: 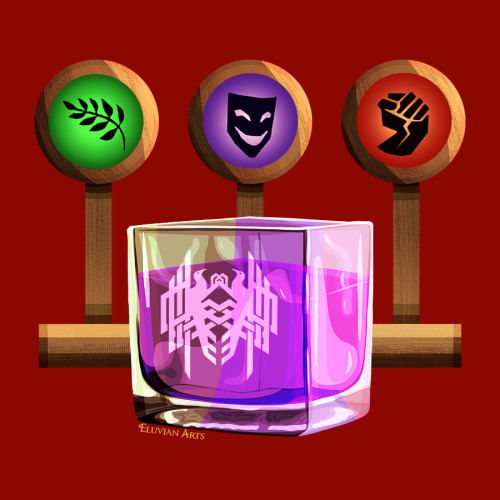 Previous: The Gig  - next:  Yakitori 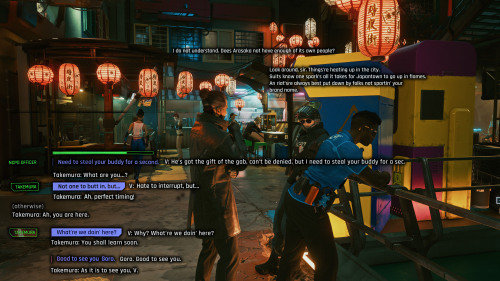 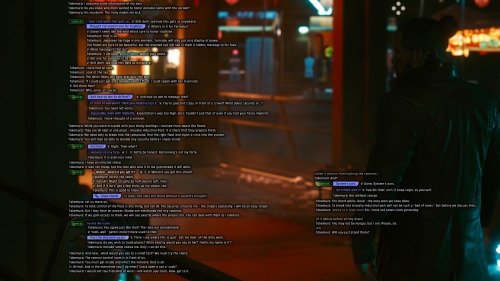 Person B: “You look beautiful!”

Person B: “I said you look beautiful!”

Person A: (Purses their lips to the side in thought, looking confused as they try to process the complement)

Person B: “Are you alright!”

Person A: (Starts tapping their head to get the thought processed) “Yes, sorry … it’s just … hard … to process. Give me a second……. Really?”