🔥 from @amowatt Would you attend a funeral service virtually?
#Jamaica #Diaspora Interesting discussion on @jamaicans_com
https://m.youtube.com/watch?v=oTdXmNoPMxo We were talking about innovative ideas to make money during and after #COVID19 #pandemic
Click link in bio!
Remember to subscribe! #connectingthedotsacrossthediaspora #ReconnectwithJamaica
https://www.instagram.com/p/B-k1y0dBRZ3/?igshid=1fn1vrn8wp8bj

to be a brown girl in a white nation is;

to look everywhere and see not reflections of yourself but reflections of everything you are not,
of small noses,
of hairless faces, no sideburns,
of skin only slightly tanned - not too dark

In the 1930s and 1940s, well before the creation of modern Israel in 1948 (most modern states were redrawn and recreated after WWI and WWII), Israel had a world-class symphony that travelled the world. It was called the Palestine Orchestra, because it adopted the British term (since still under British colonialism) , although this was really the Judean or Israeli orchestra.

I feel like an alien body at college. I am confronted with people from wealthy and good socioeconomic status. It intimidates me. Everyday I get the feeling of having to prove myself in some way. To this point I tried to suppress these bad thoughts, but something that really stuck to my mind was something my professor, a supposedly educated person, claimed. “You are all here to study otherwise you would just go and be a garbage man” I’m thinking. Thinking of my dear father who wakes up every single day, when the sun still hides in the deep eternity. He wakes up everyday, just to go to work and damages his health to provide for a family, he takes care of, in a way, words can’t comprise. So here I sit, hearing this statement about the reality of life of so many, including mine. Here I sit hearing somebody ridicule the altruistic act of my dear Baba. How should I behave? Should I stand up and go? The other students giggle. Things couldn’t get worse at this point, at least that’s what I thought. While trying to swallow what just happend, the professor just kicks in and discredits the job at walmart, the job my mother does everyday. How could they comprehend the heavy efforts in hope of climbing up the class ladder of my father and mother, while having a silver spoon in their mouth? How could they fathom the unpleasant situation, when somebody asks you for the job of your parents and you are embarrassed of it? Being torn between being proud of your parents, but on the other hand hiding them like a dark secret? I felt like betraying my parents, trying to live up to expectations of people, who already held so little of us. Being intimidated by people who held so little of us and giving them power over me, while betraying the human-beings who held so much of me.

I will give back to Mama and Baba. I will keep myself confronted with these people. I will be altruistic, for those I want to take care of in the future. You taught me. And one day I will give you back eternity, Baba.

Picking up cherry blossom flowers from the ground 🌸 ✨

just binged the entirety of diaspora. i can say with certainty that i will never love anybody as much as i love one (1) panegyris vetranio

The type of music we need during the quarantine.

Get to whining in your house/bedroom. Work them waist lines! 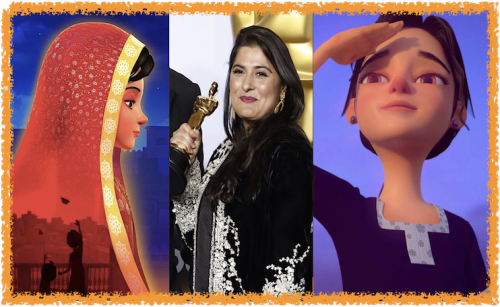 Inheriting a Ring With a Tragic Story …

“My uncle wore this ring always – until he was shot. Somehow, it ended up on my hand.”

Maria Emilia: I am 72 years old and I am now inheriting a lot of jewelry that I never knew existed. This one I knew. At first I thought it was an amethyst but I looked it up and it’s not an amethyst. Amethyst is lighter in general. In my research, I didn’t find one this dark. It could be a variety of things that come in shades of purple. It could be a garnet, it could be one of three or four things. I’m not sure what it is. But I know whose ring it was.

My mother had seven siblings. There were two brothers and this ring belonged to one of the brothers, the older one. He wore this ring always – until he was shot. On the night he was shot, his wife took it off his finger and put it on her finger and wore it until she died. Then her niece, my cousin, inherited it. I really had not ever thought about this ring one way or the other. On my last trip to Miami, my cousin picked me up for lunch, and at the restaurant, she said, “I’ve got a couple of things for you.” She was a very sweet woman who wouldn’t hurt a fly. She gave me a photograph that I’d never seen of myself from when I was about 10. Then she pulls this ring out, and I started to cry because I knew the story.

She said, "Oh, don’t cry. People will think I said something mean to you.“ She’s looking around and she said, "No, no - we’re Cuban, we don’t cry at restaurants.” And I’m laughing and crying. It was such an emotional moment because I had not thought about this ring for one second, but the moment I saw it, I remembered the story.

My mother’s brother came to the United States embassy in 1960, immediately after Castro took over, one of the early wave of exiles. My cousin and I lived with him when we came to Miami alone in 1961. He borrowed some money and opened up a grocery store – not that he knew anything about grocery stores –  it was one of those little businesses that began to pop up when the Cuban exiles first came to Miami.

By the early 70s, he had enough money that he and his wife were going to take a trip to Europe. At the end of this one day, he gave rides home to a couple of his employees. He usually had the money from the day earnings, but this day he had more because they were going on that trip. A couple of masked men came to each side of the car with weapons and he saw the one on his wife’s side holding a gun to her head but he didn’t see the other one or at least that’s the story, who knows. So he pulled a gun himself to protect her and this guy shot him in the head.

Turns out they left without anything. It could have been an execution, it could’ve been a robbery. It’s very hard to tell exactly what happened, it happened fast and he was dead. His wife died only about three years ago. I knew she wore it — I  saw her wear it — but somehow I didn’t have any emotional connection to the ring until all of a sudden, it was like the end of the story.

My cousin gave it to me. She could’ve kept it, she could’ve given it to her son, to her husband, to her uncles, to her father, but she thought that he would want me to have it. I’m not sure that that’s true because — who knows? But, nonetheless, somehow, it ended up on my hand. ||

Maria Emilia Faedo taught at the University of South Florida, was the executive director of Florida Craftsmen (now Florida CraftArt), and worked for the Pinellas Opportunity Council, using the arts to stimulate economic development in low-income communities. She has served on numerous state, county and city boards, most recently on the Florida Division of Cultural Affairs Action Planning Task Force. Her own artwork can be found at the Polk Museum of Art, the Gulf Coast Museum of Art, Florida International University, the Leepa-Ratner Museum of Art and in private collections. She was one of six Latino artists to share experiences on the Smithsonian American Art Museum’s public-school curriculums Quilted Landscapes: Expressions of Assimilation. Now retired, she writes and illustrates poems and novellas.

Bra Fie Vol. 2 Ghana Independence at sixty three, serves as a memoir to the Ghanaian experience. It starts off by taking listeners back to the times when drunk Uncle Osei, would be dancing naughty to Highlife classics. Conversating and foaming over every lady in skin tights. The 80s/90s when our parents were still young, living their best life at every outdooring and party.

The Toronto Duo “Blackeys” wanted to bridge these memoirs with the new sound! Taking us back to Ghana 2019, The Year of Return! Dropping bangers like Wiase Y3 d3! This Mix not only gets you turning up, but it also serves as a reminder that sixty-three (63) years ago today, our forefathers’ dream of independence for our nation became a reality. The first African nation to gain its independence and now the first African nation to truly bring the Global African family back home to Ghana, to mark 400 year anniversary of the arrival of the first enslaved Africans in Jamestown. This historic event being coined, “The Year of Return”! A birth-right journey. In the Twi language, Bra Fie means Come Home. So poor yourself a glass of Kpo K3k3 and press play as the drums and percussion’s take you "back home” to the land of our ancestors.

This day will never be forgotten,
the 6th of March, 1957,
when the Gold Coast successfully
got their independence officially.
Ghana, Ghana is the name,
Ghana, we wish to proclaim.
We will be jolly, merry and gay,
The 6th of March Independence Day. 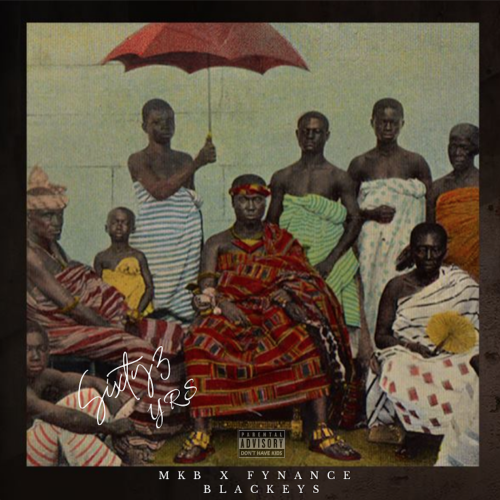 #Independence, #yearofreturn, #ghana@63, #highlife, #hiplife, #ghana elections, #ghanaindependence, #ghanamade, #ghana, #diaspora, #afrobeats, #afromusic, #kofi b, #kofib, #classsics, #ashanti, #accraghana, #kumasi, #nanafofie, #blackeys, #brafie, #6th march 2020
1 notes · See All
sorekbekarmiAnswer
May I ask you a question? I'm curious as to why people place Ashkenazi as central over Sephardic when talking about Europe. Because Sephardic communities were much more integrated and more prevalent in Western countries, it confuses me why the default is considered Ashkenazi. Is it because the differences are more noticeable due to lack of integration or another reason I have missed entirely? Feel free to answer publically or privately, or not at all :)

That’s a good question and I would love for any Sefardim to chime it in the reblogs and replies. I can’t claim to be an authority on that.

In the post about magic and Judaism I was talking about Ashkenazim in particular because the superstitions and attitudes towards folk magic are different, and “magic” was more a thing in Ashkenazi medieval culture.

But on the other hand, Kabbalah as we know it today was developed by Sefardim after the inquisition and the expulsion from Spain.

Sefardim have a unique circumstance in that they’ve been dispersed from Al Andalus/Spain for over 500 years, and assimilated into the Mediterranean, the Middle East and North Africa, the Americas, and obviously, the rest of Europe. Like, a diaspora of a people already in a diaspora. So I’m sure that contributes, because even though people’s first association with Sefardim is “Spanish Jews,” they’ve been living (mostly) anywhere BUT Spain for generations and generations now. I knew someone who’s first language was Ladino and her family had been living in Turkey since her great grandparents.