The one thing that really doesnt make sense in golden wind is Diavolo having a daughter. I mean a child. What the fuck happened?? I thought the boss was the absolute epitome of paranoïa and schizophrenia, that keeping his identity secret was the only thing he cared about, but somehow he banged a woman, at some point in his life? If he haden’t done that he would have won against everyone else…

Yes I was rooting for Diavolo the whole time. 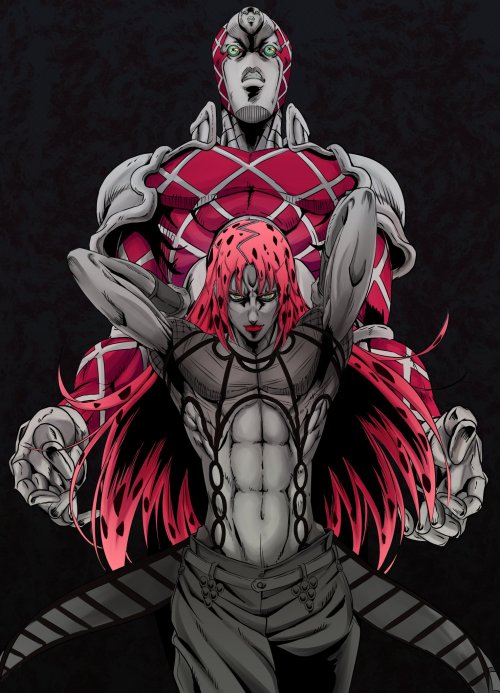 ok but imagine the power dialuci x MC would have…. lucifer w the two ppl he loves the most I 😭🤚🏽

BRO THE FACT THAT DIAVOLO IMMEDIATELY SAW THRU THE RUSE & FIGURED OUT IT WASN’T LUCIFER…..DIALUCI SOULMATES MAYHAP Diavolo: You underestimate me.

Which Obey Me Character Are You uquiz

#raise the roof! RAISE IT!#diavolo#you're a bit of a dad honestly..... youre also gay. or are you?#you're a bit sus sometimes but you're genuinely trying your best most of the time.#you're really an old soul and you talk like you're trying to be cool with the kids.#like the scene in clone high where the principal goes
3 notes
swdmamms
Text

The title of this ssr card made me think things and the devilgram obviously didn’t go the way I wanted. There were a couple ways this could go in my mind, but I went for sub Diavolo with gn mc.

Diavolo is happy to run into MC on a rare day off and they help him unwind.

today i had a new group chat that got me thinking

diavolo has a “test” for lucifer and barbatos to analyze their “love language”, or rather their behaviour towards/ what they wish to do with their loved one; his own answer apparently suggests that he wants to be able to constantly watch the person of his affections, and it made me think back to his behavior in lesson 38/39, where his entire focus is on the player, going as far as not wanting to let you go and dance with luke

in all honesty, when i first got to this scene, i was creeped out, and it gave me a lot of possessive vibes, way different than from (for example) lucifer — but after the newer lessons, and especially this group chat, i had to rethink

diavolo is a busy person, but it’s no secret that he constantly wants lucifer around, and asks both him and you to come visit the palace regularly; he even follows you all into the human world and admits that he did so because he felt lonely

aside from lucifer, diavolo has no-one, at least no-one he deems a friend, and a friend he could lose at that; yes, he has barbatos, but barbatos has always been there, probably for his father and anyone before him, too, and he knows he wouldn‘t just leave, not even if he messes up. but lucifer? or you? you could choose to leave anytime

he‘s also one of the few characters that actually feel genuinely sorry should he do something that upsets people, especially towards the player. of course the others have apologized on multiple occasions for different things, too, but none have personally striked me as remorseful as he does

he‘s unsure and extremely scared of how you will react, doesn‘t even expect you to forgive him, but will be heartbroken regardless if you tell him that you don‘t

not only do i think that diavolo is terribly lonely, without even really realizing himself, i think he‘s extremely scared to lose anyone close to him, which is why he feels the need/ wants to be constantly close to both lucifer and the player

he‘s already bound lucifer to himself to prevent him from leaving, and i‘m wondering if he‘d be willing to go as far with the player, too

From the perspective of the viewer, Diavolo’s defeat at the hands of Gold Experience Requiem is a surreal, reality-bending trip…

But as GER itself states, nobody is aware of its nature, not even its user Giorno- Only Diavolo is aware of his actions being reset, I guess because he’s personally being afflicted, and/or some weird time shenanigans involving King Crimson and Epitaph.

Regardless, from the perspective of everyone else, namely Giorno, Trish, Mista, and the Sex Pistols; Right after Giorno gives his speech about righteous actions being born of truth and whatnot, Diavolo snaps back with “Don’t talk to me like you have any idea what’s going on, Giorno Giovanna! I won’t even give you the chance to regret your death!” He yells King Crimson, and then…

…Proceeds to just stand there (no, not THAT kind of Stand) as Giorno goes up to Diavolo and annihilates him with a barrage of fists. As far as anyone can tell, no time skip happens; Diavolo just yells King Crimson and then gets his ass thoroughly beaten to hell and back as he uselessly lets it all happen. 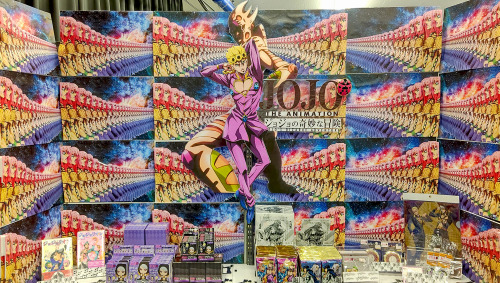