THE MARSHAL NEEDS MORE HYPE. I just rewatched it the other night and I forgot how GOOD the episode was!!! Cobb Vanth? Ugh I love him, I hope we see more of him! The sanctuary is also a amazing episode, and chapter 6 is def one of my top ones!

Pairing: Din Djarin/Trans Reader (Not specified whether reader is FTM or MTF)

Warnings: Mentions of needles and injections, transphobia against the reader.

Traveling with Mando was an experience, especially after being beat up all your life for being transgender. It’s taken a lot for you to love yourself, but the mandalorian who definitely supports and probably loves you absolutely helps.

Traveling the known galaxy was a very unique thrill. Seeing new planets every week and sleeping every night on a ship suspended in hyperspace, it was an experience like no other. You highly doubted much could top it.

Traveling the known galaxy with a Mandalorian might be able to beat just traveling.

He was kind to you, which was odd because all your life you’d heard nothing but hushed whispers about mandalorians as takers and hunters. Despite your home planet being in the mandalore sector, mandalorians themselves didn’t have a high reputation there. The only bright spot was the story of Mandalore the Binder, who had been born on your planet.

But that was in the past. Now, years after you’d left that planet, you were traveling with a mandalorian, which was a huge rush in and of itself. You’d seen so many new planets, and Mando, as he insisted you call him, never questioned the abnormality that had gotten you thrown out of your old family. He saw past the physical and into the skills you had as a mechanic, plus you’d been basically at death’s door when he’d met you. And if there was one thing this mandalorian had, it was a soft heart.

“Where to now?” You asked, slumped loosely in the copilot’s chair, Grogu asleep in your lap.

Mando turned, as if he’d forgotten you were there. “Shikaakwa.”

You paused, trying to remember where that was. “The Tython system? Why are you headed out there?”

“The quarry I’m hunting is out there.”

“Oh.” Sometimes you forgot you were traveling with a bounty hunter and not just a weird single father. “Is that the system with Kalimahr?”

Don’t come at me they definitely should have met in canon WE WERE ROBBED. Older Cal Kestis, Dadalorian and his bb ~

I had fun designing an outfit for an older, post Empire Cal who feels more comfortable with openly wearing more Jedi-ish clothes but also still feels like a Scrapper, too. Yes that is a firebird emblem on his belt buckle it’s his way of remembering his Master

….Still has a glove because I 100% headcanon that his left hand is cybernetic why else would he have one glove 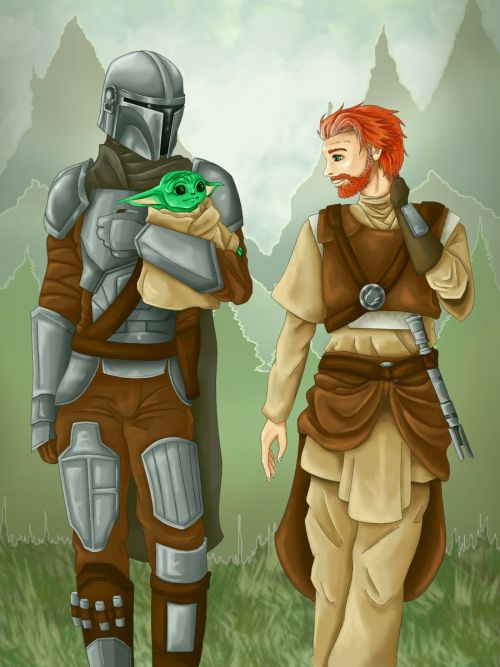 Bitches really see Din not talking a lot and suddenly he’s a soft awkward boy who needs a hug. It’s me, Im bitches

Meme made by me, template send to me by a friend

Haha what? I’m unable to fall asleep because I have too many ideas in my head but not enough energy to write them all because I’m exhausted since I can’t sleep because those ideas keep me awake?

(This is so random, excuse me! Just enjoy this shitpost until the new story drops ✌️)

I COMPLETELY AGREE HUN!!!! Lol Chapter 6 happens to be one my favorites, but I also agree Grogu getting dropped was NOT fun to watch. I vividly remember screaming when it happened. That episode was chilling but so good!

And The Tradedy!!! Absolutely great episode!! I adore Robert Rodriguez, having watched his work since I was a child, and seeing him do Star Wars? BEAUTIFUL!!!! The action sequences were also amazing, and loved how Roberts made sure that Boba lived up to his name!!!

Din Djarin: [takes out an entire group of droids in under a minute, snaps a stormtrooper’s neck, cuts a man in half with a door] 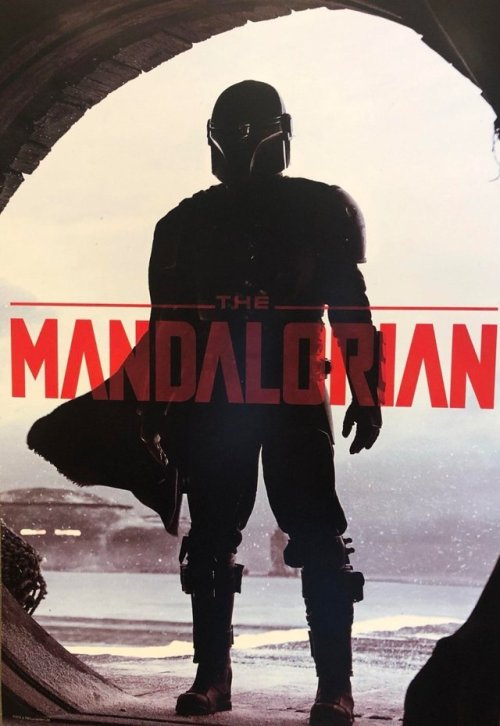 Din and Grogu eating together 🥰

I love the fact that Grogu is trying to peek inside Din’s helmet because he just wants to see his father’s face. (And he did see it… later. 😭) 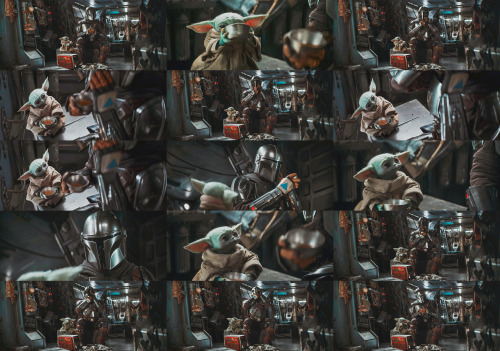 Sometimes I think about Din Djarin and Grogu, and I just … . UGH! fhbdbddjfnfbfjjg

din: [pats his own shoulder]

Din: (sighs) Luke, are you looking at my bootie again?

Luke: Well, for your information you got something on your bootie. 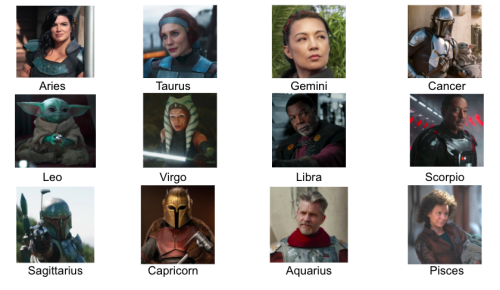 summary: when everything seems to be going against you, din knows the exact thing that you need

Today was not your day.

Looking down at the datapad in your hands, you feel like everything around you has stopped- like somehow time put everything on hold just for you. Rereading the message that’s on the screen, your hands begin to shake violently as you try to process what you just read. You’re so wrapped in your thoughts that you don’t notice the loud bang that echoes in the hull of the ship as your hands lose their grip on the datapad.

Short gasps leave your lips as your heart rate increases rapidly. You just found out that a friend from your homeworld is severely ill and there’s not much that can be done about it; you’re on the opposite side of the galaxy and it’s been so long since you’ve seen them. You try not to let the pessimistic thoughts take control but you can’t help it. Your immediate reaction to receiving this news was to blame yourself. Maybe if you were there, you could do something. Maybe you could’ve done something to prevent this from happening. The logical side of your brain knows these thoughts aren’t true; there isn’t anything you can do or could have done to prevent this from happening. You can’t help but think about it. The thoughts become so overwhelming for you that you have to balance yourself on a few nearby boxes that’s in the cargo hold. Even with your death-like grip on one of the boxes, your legs tremble as the news repeats itself in your head and you eventually collapse to the ground.

pedro pascal content should be prescribed as a treatment for depression

Not sure if I’ve asked this before but what is y’all’s favorite and least favorite episode of Mando and why, I’ll even give my own answer!