Tiny de-stress project, knocked out another page from my dinovember coloring book.

(Note: I am not a professional paleontologist or even biologist. I am just and amateur paleoartist and enthusiast. If my infos are off in some way, feel free to correct them ^^)

Named at the end of 2020, Ubirajara is one of the most impressive fossils found in Brazilian territory, being a member of the  Compsognathidae, small theropods covered with proto-feathers - or “dino-fuzz” - related to raptors and tyrannosaurs, whose most famous members are China’s Sinosauropteryx and Germany’s Compsognathus itself. Described from a partial skeleton without the skull, Ubirajara presents impressions of its fuzz, having an apparent “mane” in its dorsal region and pairs of quills on its shoulders, similar to what is found in the current birds-of-paradise, probably used in courtship or to intimidate rivals.

The Crato Formation, as well as most of the formations in the Araripe Basin, would be the margins of a large saltwater lagoon, as well as a system of rivers surrounded by gymnosperms and some of the first flowering plants, being rich in fossil extract, especially of pterosaurs, and some curious animals, like the Enantiornithe Cratoavis. Unfortunately, Ubirajara, like other Brazilian fossils, is a target of international fossil trafficking, not having a single native author in the paper that describes it, with the team led by David Martill, a German paleontologist who smugled the Ubirajara fossil to Germany in 1995, and he cannot set foot on Brazilian territory for this and other crimes. Since its description, Ubirajara has been the target of campaigns for its repatriation, as well as other national fossils. I use this drawing as my collaboration for the campaign, and that so that this colonialist and criminal mentality ceases to exist in the paleontological community. 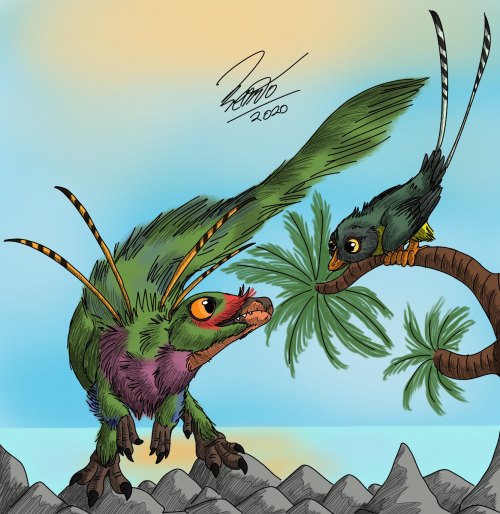 (Note: I am not a professional paleontologist or even biologist. I am just and amateur paleoartist and enthusiast. If my infos are off in some way, feel free to correct them ^^)

One of the many curious animals of prehistoric South America, Argentavis was for a long time the largest flying avian dinosaur ever, with an estimated wingspan of 5 to 6 meters from one end to the other of its wings - according to most recent estimates; until then there was talk of absurd 7 to 8 meters in wingspan - and estimated weight between 25 and 40 kg, which would allow it to fly using air currents, similarly to the current vultures. For a long time, this animal and other dinosaurs of its family, the Teratornithidae, were interpreted as immense carrion birds, with a lifestyle similar to that of a condor, which would feed on carcasses of large mammals until they were extinct at the end of the Pleistocene, about 11,000 years ago.

Currently, it is believed that teratornithids, being robust and extremely powerful birds, would not be well equipped to be primarily carrion eaters, having skulls more similar to birds of prey, possibly being active predators, but not at the level of eagles and hawks, since their claws were not curved to the point of being efficient in catching prey in mid-flight. Paleontologist Mark Witton, in a fantastic post on his blog, suggests, based on the work of several experts, that these dinosaurs would be “ground-stalkers”, sort of like a seriema or a caracara, catching small animals with their paws or stepping on them and then swallow them whole - the skull of Teratornis merriami, from North America, has enough flexibility for that, which may be possible for Argentavis too.

Once again, such developments show how paleontology and science in general are always changing, open to new discoveries in order to learn more about the world before ours. 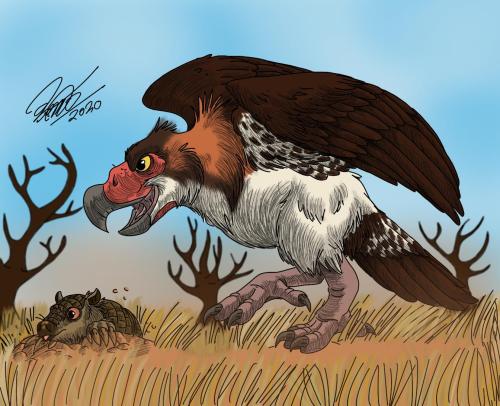 Appreciation post for: The Fundy Geological Museum in Parrsburro, NS

So, these guys are awesome people who have awesome jobs and they obviously get to have a lot of fun with it!

But if you think that’s all these good folks have to offer-nay nay-you’d be wrong.

They also celebrate DINOVEMBER! A month of following the adventures of their plastic Dino friends around the museum and town!

Dino Jeopardy (honestly, the only ACCEPTABLE stand in for Alex)

And of course, they have to acknowledge the current COVID-19 situation-even Dinos gotta stay safe!

In conclusion, this museum ROCKS 🪨 (haha) and I’d definitely recommend a visit.

(Parrsboro itself also has lots of cool stuff to do, like fossil hunting and they have a rock show in the summer! Except this year…COVID)

During the month of November, I drew two toony Dinosaurs a day, then one day I drew “LGBT-Rex” and decided to do the entire Pride family! (I know Plesiosaurus, Dimetrodon and Quetzalcoatlus aren’t dinos but their names worked really well!)

I’ve added as many of these LGBT dinosaur designs as I can to my Amazon store, but have sadly reached my submission limit. The remaining designs won’t be available until I reach a higher level. Presently the represented members of the Pride family on Amazon are: Gay, Bi, Lesbian, Pansexual, Demisexual, Genderqueer, Non-Binary, Transgender and a bonus LGBT-Rex. Polyamorous, Polysexual, Intersex, Aromantic and Asexual designs have been made but cannot be uploaded to Amazon right now, but are available with the entire collection of other designs on my Redbubble store.

All the shirts are on the Amazon.co.uk store, as again I am limited by where I can offer the shirts until I level up. They are £13.49 and come in 4 colours: Black, White, Baby Blue and Pink. I will be able to add more colours when Amazon levels me up.
Accessible in several sizes, including Youth.
https://www.amazon.co.uk/s?rh=n%3A83450031%2Cp_4%3AZuperbuu+Works&ref=bl_sl_s_ap_web_83450031

The entire LGBTQA+ collection can be found on Redbubble, which is available worldwide: https://www.redbubble.com/people/zuperbuuworks/shop?artistUserName=zuperbuuworks&asc=u&collections=1125926&iaCode=all-departments&sortOrder=relevant 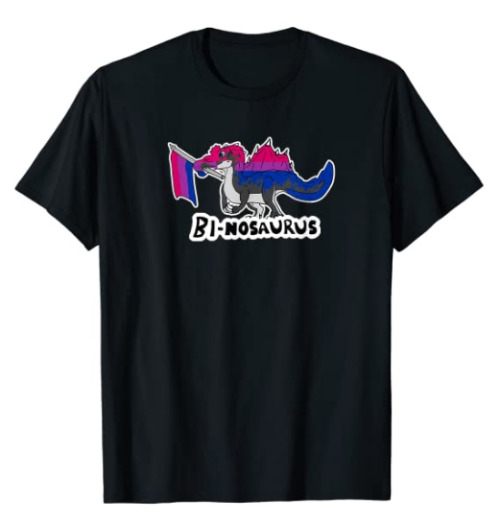 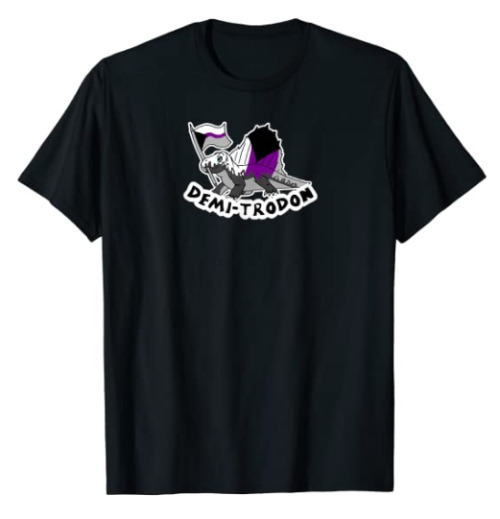 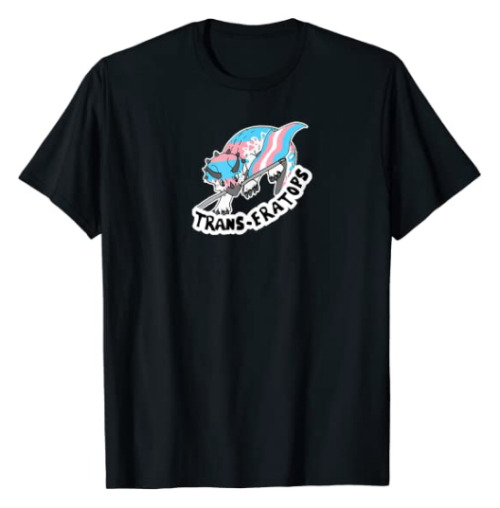 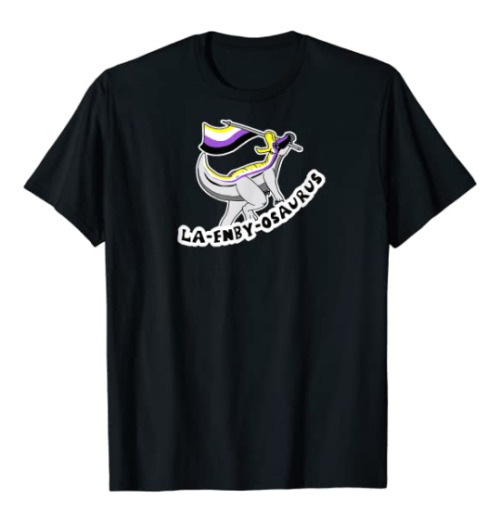 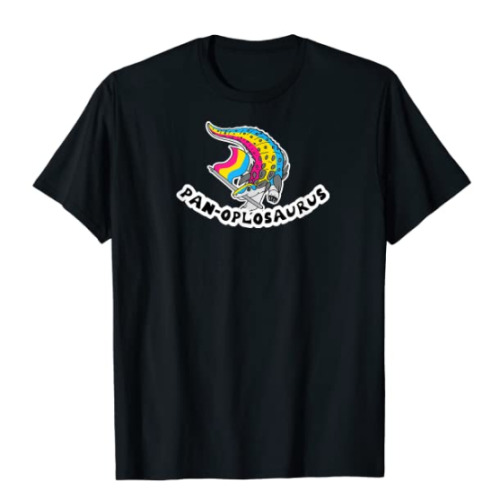 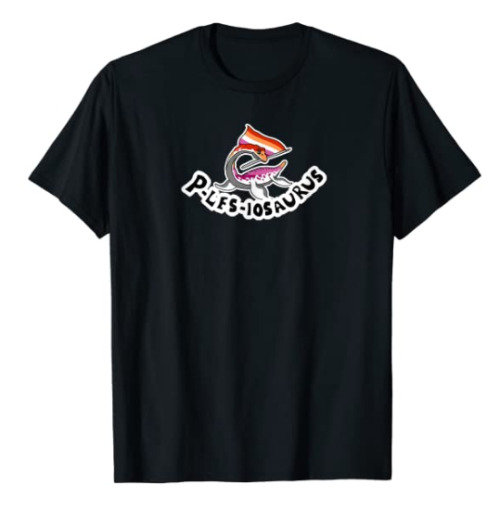 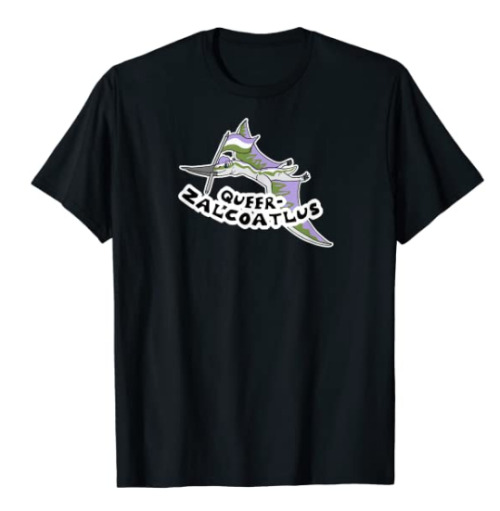 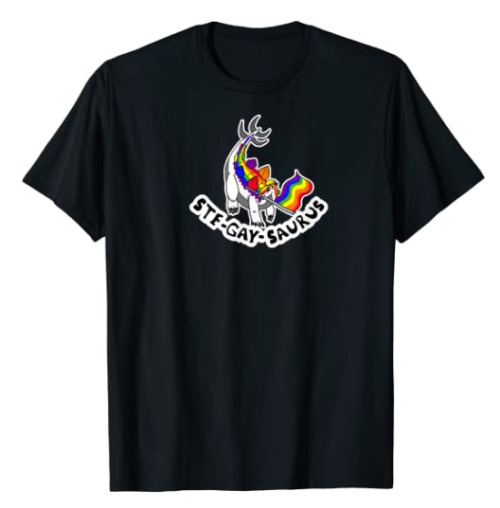 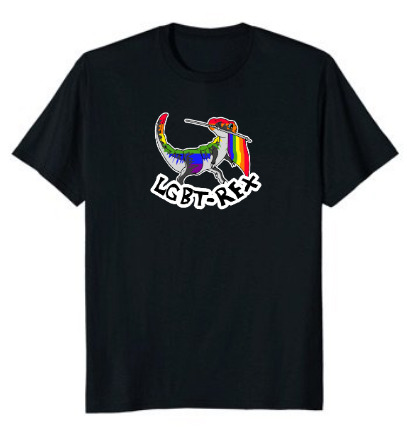 Microvenator can’t believe Dinovember is over!! What!?

I missed the first day of Dinovember, so I thought “what could be more fitting than ending it with the starting prompt?” I had so much fun drawing all these dinos (and non-dinos!) and it’s the first time I’ve completed a monthly art challenge! I’m proud!

Used the Dinovember prompt list by @pyroraptor42-art :) Thank you so much for the list and allowing me to take part in Dinovember by using it! ❤

Better late than never! Have this weird, hoof-toed, wolfy Good Boy, once thought to be a direct ancestor to whales and dolphins!

I miss drawing dinosaurs. is there a dinovember this year? or is paleoblr seriously dead for real?

Gina just wanted a nice pair of shoes for the holidays, but finding anything remotely her…shape was challenging to say the least. 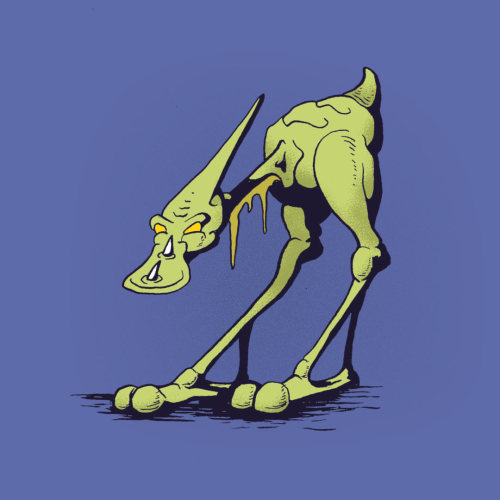 Today is the last day of Dinovember! I’m sorry I couldn’t draw all the days of my own list because a lot of shit happened but at least I wanted to end the month with one final drawing!

So here is a cartoony Epidexipteryx, a creature whose beautiful fossil was found in china. Supposedly this was also for day 21, “Feathered Dinosaur” but decided to draw it today since day 30 is simply “Your choice” so you could do anything, even repeat one of the other dinosaurs I guess. 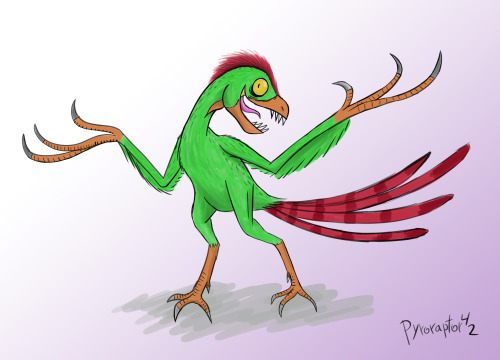 Dinovember day 30: Anything you want

I drew LBT crew running away from the T.rex from the Rite of Spring segment of Fantasia. Two movies- that had I not seen as a child, I probably wouldn’t love dinosaurs now.
Also- just a small sketch/colour thing because my back is in pain and I can’t concentrate very well. 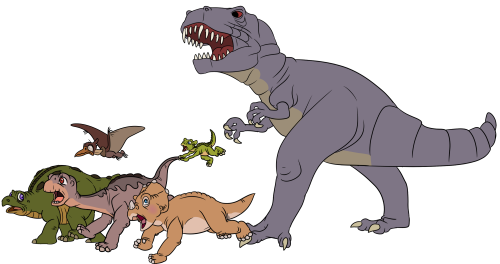 Day 29: Kentrosaurus - From the late jurassic, this was a small stegosaur (4.5 Meters long) with long spikes on each shoulder and more spikes in the back and tail. 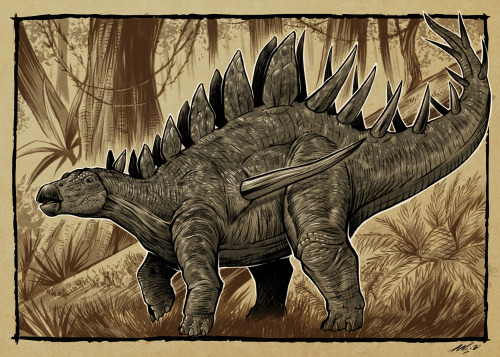 Here we have (left- right) Thylacoleo standing up sniffing for easy prey. Dodo sitting down. Eohippus resting its back leg. Astrapotherium taking cautious steps. Amphicyon looking to make you its dinner. Andrewsarchus sitting. Protocetus swimming. Macrauchenia looking right at you. Ceratogaulus on patrol. Arsinoitherium taking a stroll. Megaloceros looking behind you. Megaiapateryx looking to the right. 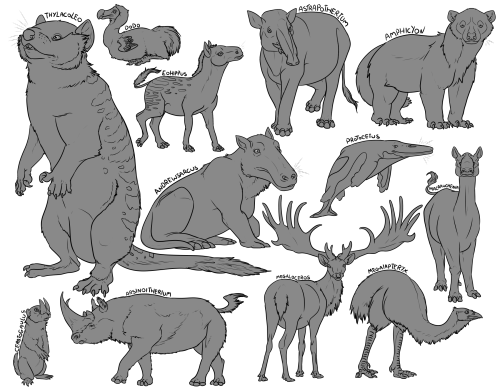 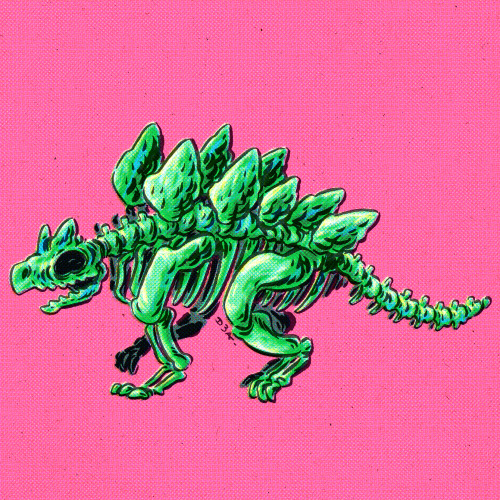