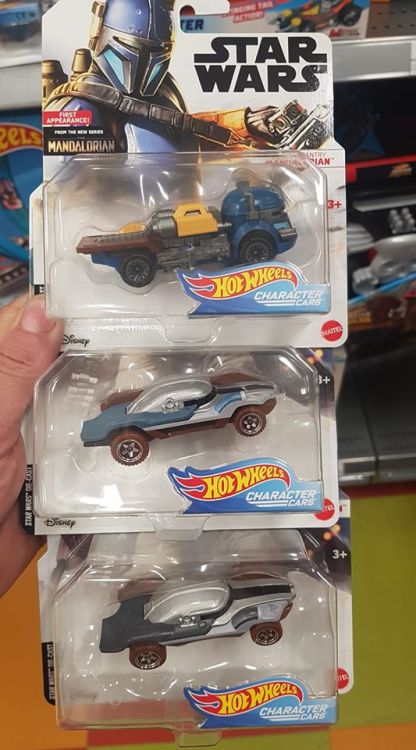 High School Musical the Musical the Series is such a weird show. I’m only on episode 2 because that’s all that’s available in my country right now but I don’t know what my feelings on it really are yet. It’s incredibly awkward, the actors are doing a decent job, lots of the jokes just aren’t landing with me, lots of the singing lacks any soul (except Julia, she is phenomenal and puts so much passion into her performance) and I am just not at all invested in this weird love triangle it’s trying to push. I’m sure it’ll get better but right now it just feels off.

And yet I have never seen a piece of media that perfectly captures the little moments of theatre kids staging a production. The rush of excitement when you finally get that really tricky dance routine down, the fact you will practice anywhere and everywhere, that moment you step into an audition and of course those really chaotic rehearsals where tensions build until everyone just needs to take 5. It understands the life of a performer far more than the original.

Disney+ original content so far really caters towards theatre kids (with this show and Encore) and that just makes me happy. There’s so much that goes on in crafting a performance and I love all this content that really explores the rehearsal process and those little moments that make what we do so rewarding.

I can definitely see actor Chandler Riggs in the role of William “Billy” Kaplan A.K.A Wiccan.

Me sitting over here staring at Disney+, waiting for Rise of Skywalker

This is one Disney Classic that I hope does not have a bad live-action adaptation because I want to be able to enjoy it as much as I love the original.

I had no idea until the live-action movie was announced that Mulan is in fact based on Chinese Mythology. Because of this, Mulan is in a special category of being based on mythology but given the Disney Princess treatment.

Long before Elsa, Merida and Moana, Mulan was the first independent “princess” type character to be introduced and the journey she goes on throughout the movie to prove herself in the ranks of men and bring honour to her family simultaneously is wonderful to see.

I wouldn’t call this a girl power type of movie, because it isn’t. Yes Mulan is a young woman who is independent, but she isn’t a Mary Sue and doesn’t make the male characters of the movie suffer in comparison to her, in fact a lot of the male characters figuratively and literally stand equal to her throughout this movie.

I would say the only two men in this movie that aren’t shown in a great life in this movie are the villain Shan Yu and the tertiary antagonist Chi Fu.

While Shan Yu is one of Disney’s weaker villains in terms of not being well developed outside of generic bad guy in a time period where you had Jafar, Ursula and even Gaston, he is very menacing and does pose a genuine threat in the movie…however if you were to take away his army and you have one warlord against an entire army that happens to include a woman.

Chi-Fu on the other hand is simply just this snivelling weaselly brown nosing character that resembles the high school snitch. Outside of that, he really is nothing in this movie. He has no authority as he is respondent to the Emperor, even Shang seems to not pay attention to his supposed authority.

I also really enjoy the adventure aspects of this movie. Not only do we see the grand majestic countrysides of rural China, but we also get to see Mulan’s village, her home and even the Imperial City explored. Even the Imperial Army training camp seems like its own little world because of what there is to explore.

Mulan, as I say, isn’t a Mary Sue, she is someone who knows what she wants to do and does what she feels she has to do to achieve that goal. There has been commentary made on her character saying that her sexuality may be in question because she dresses up like a man, but in its simplest form what she does is an undercover mission, not because she enjoys dressing up like a man.

It is also a rewarding twist during the climax of the movie when Mulan’s liar-revealed story reaches its peak and so she fights as herself and wins the respect of her new friends, three of whom dress up as women to assist her.

Speaking of those three, yes Chin Po, Yao and Ling are the comic relief of the movie along with Mushu and even Chi-Fu, but for some reason the movie doesn’t feel overloaded with comedy and instead everyone has their time to shine and to feel useful outside of being the comic relief.

Now yes, unlike Elsa, Moana and Merida, Mulan does end up with a man in the form of Captain Li Shang…however there is no generic love story throughout the movie and I feel unless you look for it there’s nothing really there to indicate that these two will end up together outside of they are the female and male leads.

In terms of voice acting, I love Ming Na Wen and when I found out she was the voice of Mulan I loved her even more. She is now in the rare breed of Disney Trifectas as she is a Disney Princess, a Marvel Hero and a Star Wars character. She’s earned it, she works it, she’s amazing.

The only other voice actor worth talking about for this movie is Eddie Murphy, I absolutely love his voice over work, and whether he is Mushu or Donkey he is hilarious throughout.

The songs in this movie are very underrated in terms of the Disney Renaissance soundtracks. “Honour to Us All”, “Reflection” and “I’ll Make a Man Out of You” are classics and specific to this movie, however “Reflection” speaks volumes to a variety of people, not feeling like you’re being your true self, feeling like you have to hide your true self, it speaks volumes not just to women but everyone.

“A Girl Worth Fighting For” is fun, it’s a fun song sung by the fun trio of the movie, but in terms of being the final song of the movie it isn’t the best way to go out.

Mulan is a great action/adventure movie and while the liar-revealed plot point is very derivative, it hadn’t been done to dead at the time the movie aired and so doesn’t feel overused. The songs are great, the characters are great, the visuals are great. There are weak points yes but we shall see if the upcoming live-action adaptation can smooth over those bumps.

So what do you guys think? Post your comments and check out more Disney+ What to Watch Top 10s as well as more Top 10 Lists and other posts.

*Bucky secretly making a tiktok of him from the doorway* You couldn’t have done that earlier?

I think the biggest reason why I prefer Disney+ over Netflix (besides that they have Star Wars, Marvel AND all the other Disney stuff I freaking love), is that you can select literally any language to watch their stuff in.

I suppose the more countries it gets released in, the more languages you can actually select. Or you have to live in Europe.

Quick tip for anyone who wants to watch modern DuckTales on Disney+: The episodes are out of order in season 1.

All 4 seasons of Sofia the First are on the Dutch Disney+ (I can’t find the pilot movie though) so guess it’s time to rewatch it.

And especially the later seasons I’ve never actually seen in Dutch before, so can’t wait to reach those episodes.

I was mainly into Sofia the First back when the first two seasons aired, and especially season 1 are the episodes I know by heart. It’s interesting rewatching it, because it feels like I’m reliving 2013-2014.

Disney I’m not paying you money for out of order Ducktales episodes, censored tv, and no Mighty Ducks.

I just watched all of Diary of a Future President in one day and I really gotta ask why more people aren’t talking about it. It’s so amazing and has amazing lgbt representation (which I’m always looking for), it also has an amazingly diverse cast! It has storylines that make sense for their ages, and cmon women enpowerment is always awesome. Just go watch the show and see for yourself, you probably won’t regret it!

#doafp, #diary of a future president, #hsmtmts, #high school musical the musical the series, #disney+, #go watch doafp, #i tagged this hsmtmts to get them to watch the show, #shows to watch
36 notes · See All
dandicamiText

Can Disney please put up the rest of the animated tv shows on Disney +. This is one of the biggest waste of money. The only plus side is watching the 60s movies I have vague childhood memories of

That’s all I have to say… prove me wrong

(No hate towards HSMTMTS, it just doesn’t compare to DOAFP)

The easy answer would be: “Stop the presses! Nothing got a higher priority than Wander over Yonder’s proper conclusion!”

But for that to become a fact is as good as impossible, it would demand that all my coworkers or at least most of them, are like minded, which is not very likely, so I’ve got to convince those, who don’t think that Wander over Yonder deserve another episode.

1: I’ll look at the original episodes and their DTVA statistic versus the statistic of other shows, that potential also come back

2: I’ll look at the awards and nominations that Wander over Yonder got and here again versus the other shows

3: I’ll look at how high the demand for more episodes are from the original shows fans

The answers to these task are (only writing about Wander over Yonder):

1: The episodes up there where other shows got more episodes

2: Wander over Yonder got 17 nominations and won 4 awards

3: The demand was very high for the first couple of years, it started even before the last episode had premiere, it has diminish gradually over the years, but some are still out there demanding more episodes and a proper conclusion

Still I need a punchline, something more…: The 10/20 years rule! Aka the reason why shows like DuckTales and other great shows has returned to the screen

The 10/20 years rule is, broadly speaking: Those who loved Wander over Yonder, back when the show original aired, are now adults who has kids now, they’ll introduce the show to them and watch it together with them

So what do Disney do about those kids, who weren’t even born back when the show started. Disney could reboot Wander over Yonder with the risk that it’ll once again end before the proper conclusion or Disney could rerun the original episodes (it’s “free”) and follow up with the new episodes. All the original Wander over Yonder episodes comes on Disney+ the new ones comes on it when they’ve been aired

With all the stay at home moment, it would have been so great if Disney + would have give access to everyone.

But noooooo! Fuck us I guess. Or they just hate Belgium in general;

Netherlands got it before everyone else, and now France and Germany (two very close countries!!!!) get it before us! When it was planned that we got in March too before the moved the date…