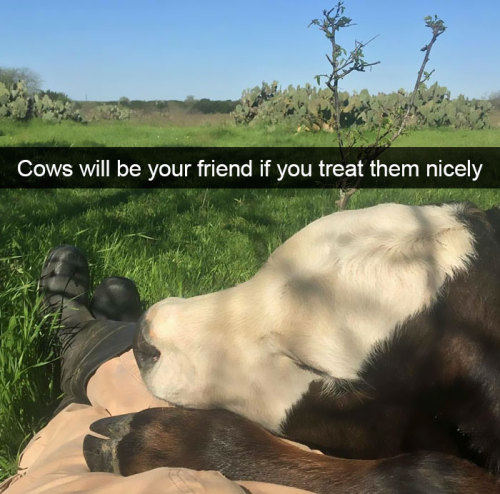 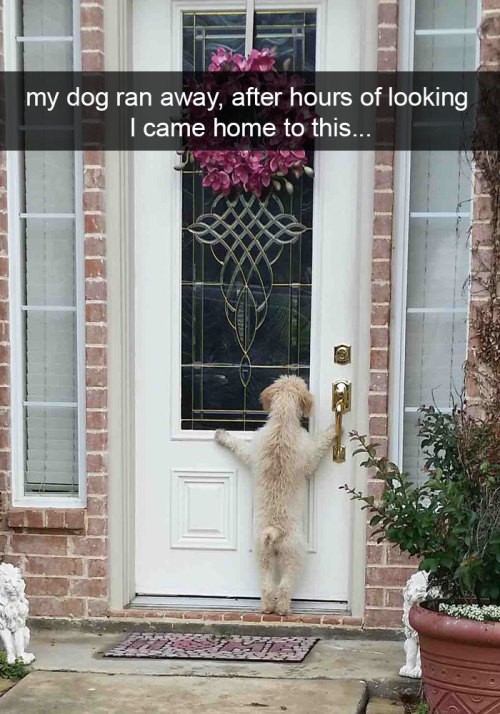 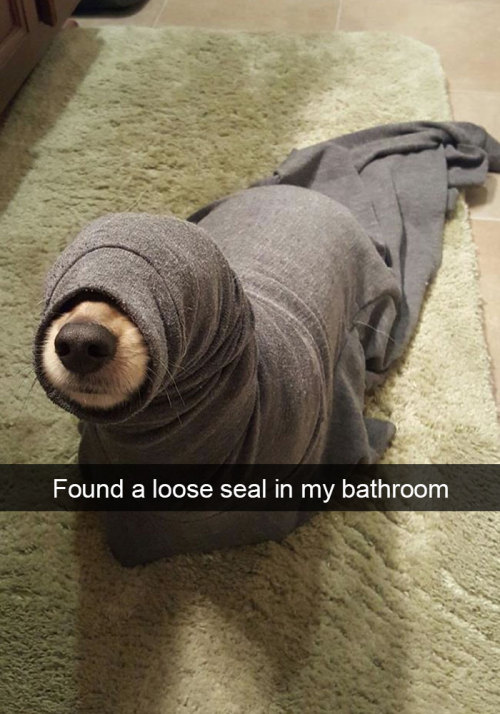 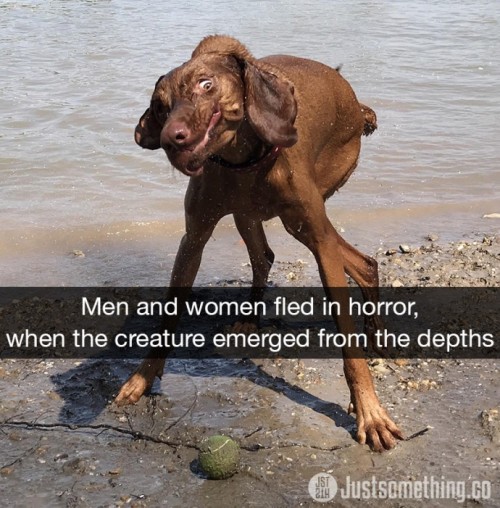 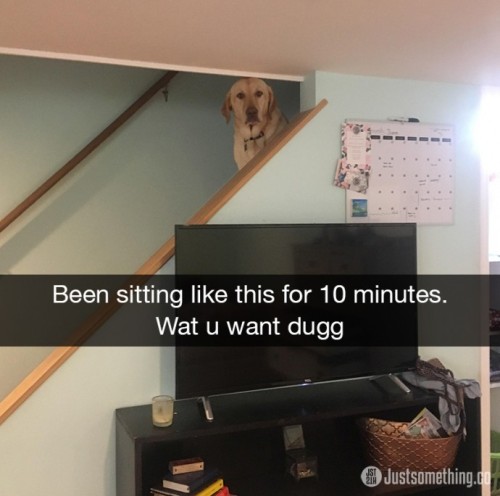 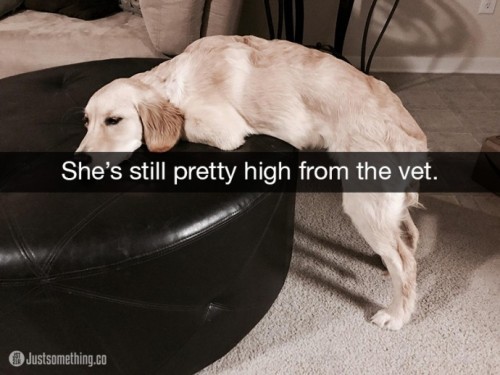 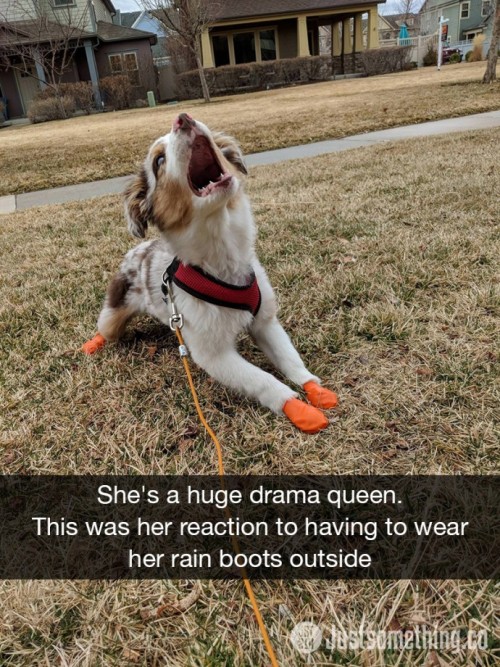 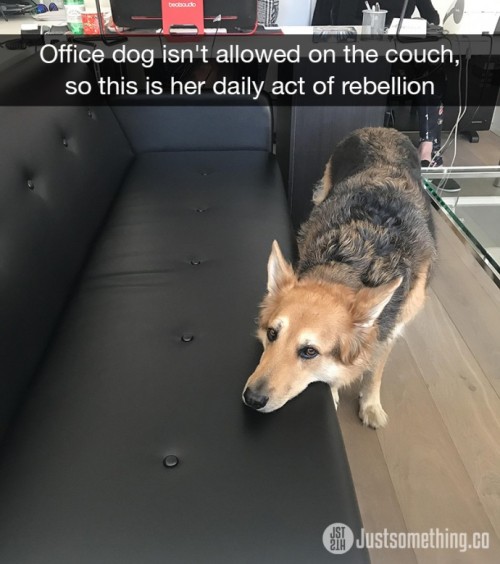 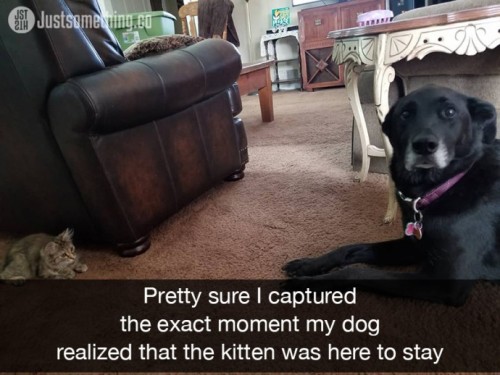 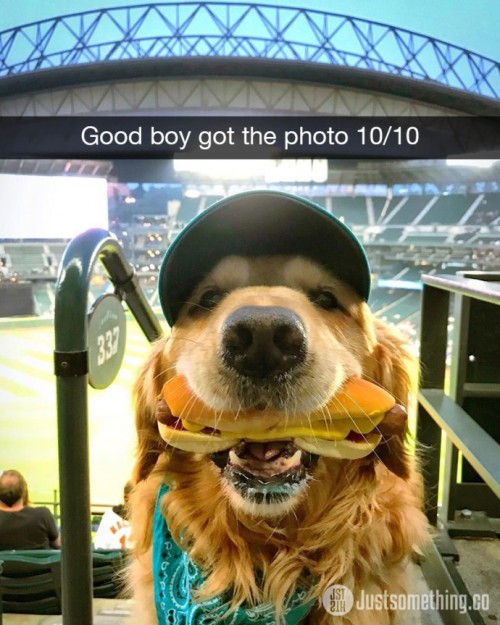 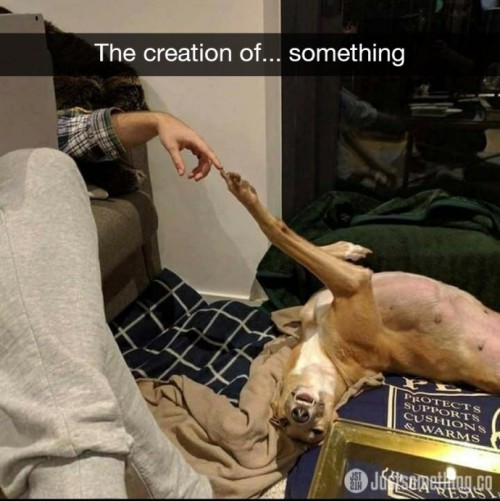 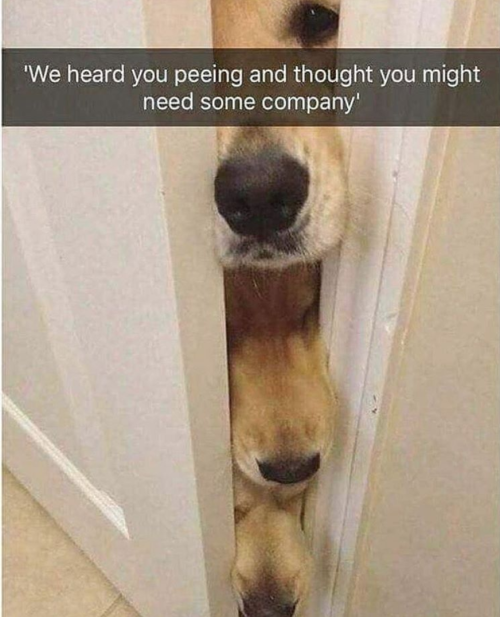 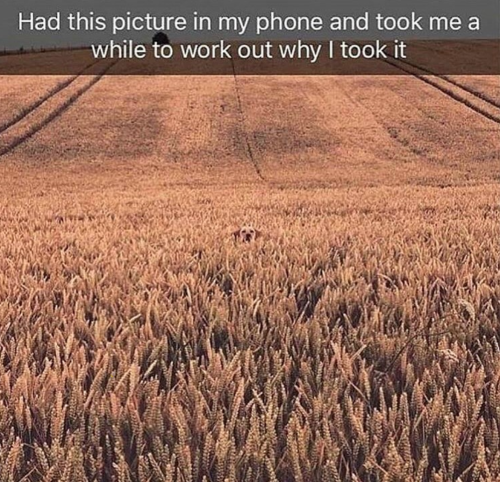 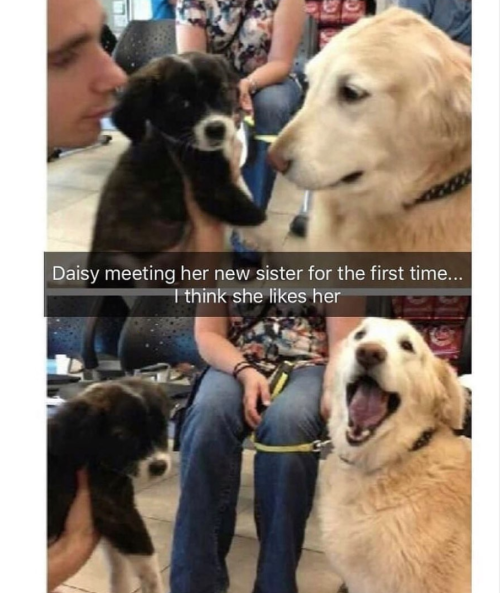 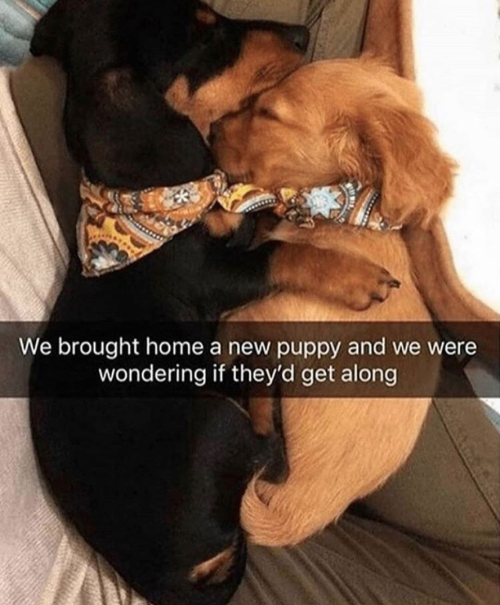 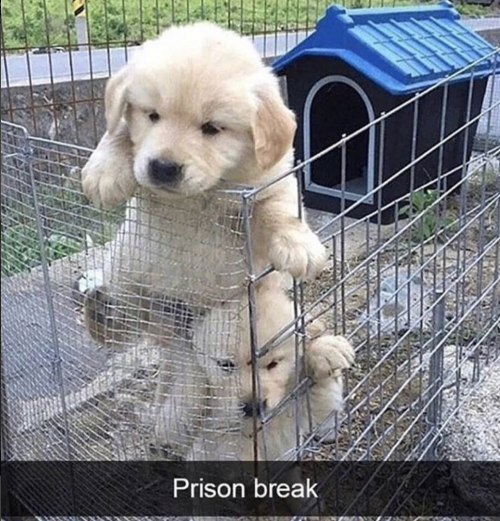 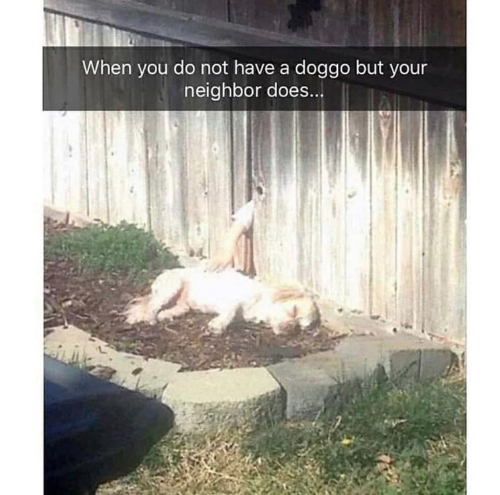 these are all pictures of the first two days we had koa and maile (the last one is them in a kennel with pepper probably a week after we got them when they transitioned from a box in the kitchen with blankets to actually being in the kennel with her. (they now do not all fit in that large kennel 😂 pepper has a small one with a bed. the other two have their own large ones but sleep in one together because they have separation anxiety because they’ve not been without each other since birth. so even if one is inside and one is outside they’ll cry for each other)

this is a very long video, and i coulda sworn she danced to an actual bollywood song but apparently it was the pussycat dolls remix 😂

these are all 3 of my babies.

they’re chilling in the backyard together here.

the little black dog is the oldest. her name is pepper potts (aka pepperoni or roni) she’s roughly 11ish years old. we got her from family friends who rescued her as a pup so her actual age is unknown. she’s some kinda chihuahua terrier mix. she’s in desperate need of a grooming rn.

the other two are sister and brother. left side is the girl, her name is maile (pronounced kinda like miley but not quite). then the right side is koa her brother. they’ve both got hawaiian names bc i was obsessed with hawaii 5-0 when we got them and i was doing a deep dive into hawaiian culture. they’re both named after plants. koa is a tree used to make things in hawaiian culture, usually involved with being a warrior. maile is the vine plant from which leaves can be taken to make leis. both of them were named bc when we got them they had beautiful blue-green eyes that reminded me of hawaiian water and leaves. now their eyes have kinda changed to a bit more hazel. they’re 2 years old and they are lab, american bully, pitbull, mastiff, and a little bit of another large breed. but they’re fairly small for all those breeds.

sorry it took me like 30 years to share more 😂 i have been trying to find this video of the little one where she’s sitting in my bed sleeping and someone put on some hindi music and she starts dancing but i don’t know where i have it. 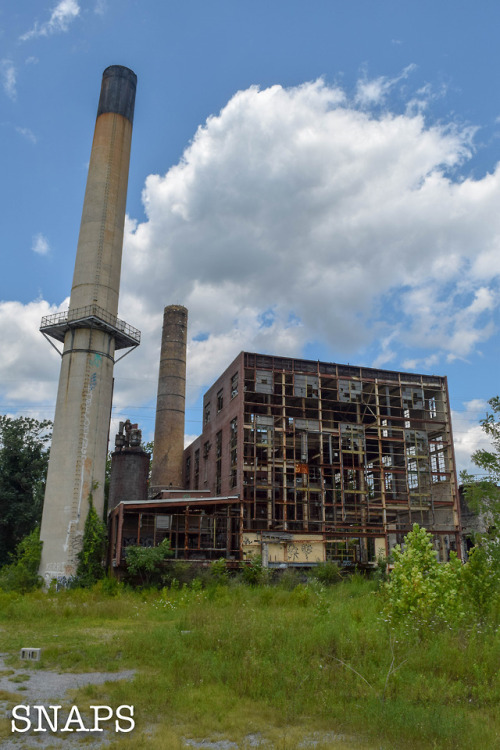 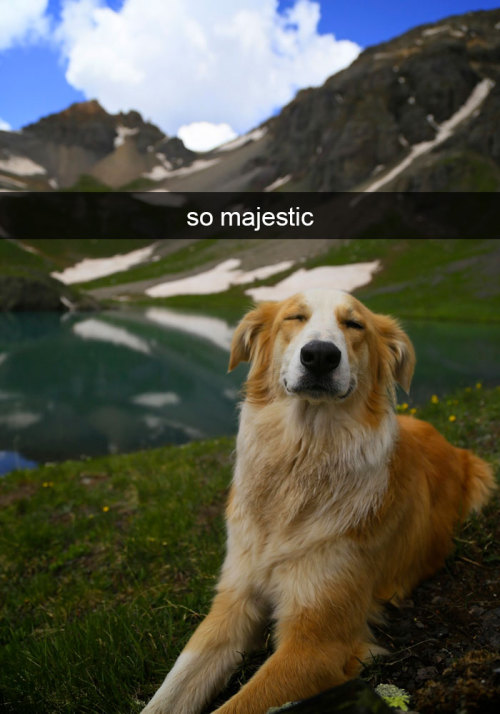 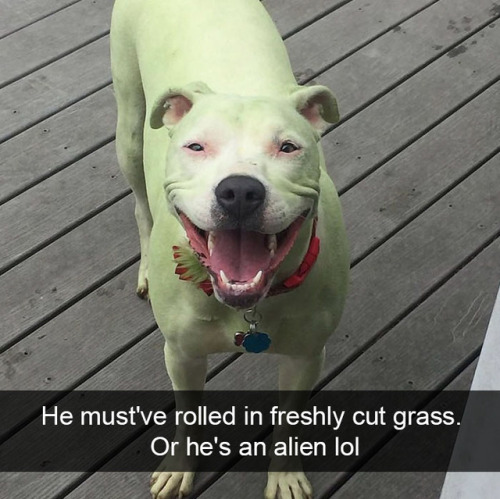 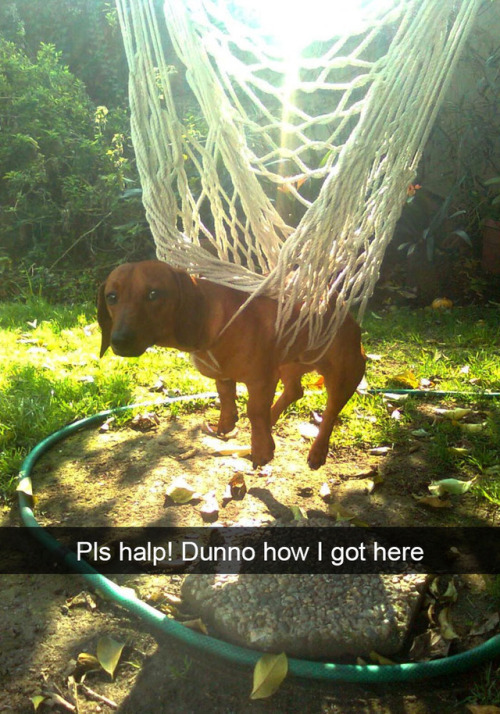 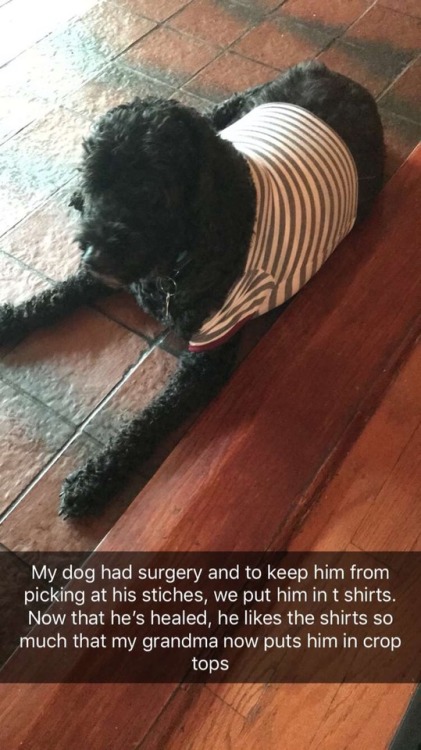 And that after his “ily2”, Cas got taken by the Empty (to mega uber hell) and /then/ in the next episode Dean was supposed to have a total breakdown /while also screaming Cas’ name/. People heard it being filmed. Jensen Ackles, the actor, says he asked a crew member to record the original take “so I can see misha and me doign it, not just cas and dean” (paraphrase). Which means that he has evidence of the original recording, if this is all true. Which is unironically appears to be.

Y'ALL…. Was being in the supernatural fandom always this wild or is this just us living in a post November Fifth world…. Suddenly I think I can truly understand why it was so prevalent in the mid era of tumblr

That is incredible, and the only way I can fully appreciate it is by saying ‘it’d be like if, after the miritama soulmate scene was cut from the anime, three weeks later the french dubs come out and not only have it but also straight up 'ily’ in it’. Wild. Truely wild. Turns out, translation teams were the best weapon against homophobia all along

#that last line was a joke, #but wow. wow., #i should note: i have seen exactly a minute and half of superntl and it's Dean's larping speech and when god(?) thanos snaps his dog, #i have only seen screenshots of the 'i love you' 'oh.....', #but now i guess i know that Jensen was not instructed to act like he was physically holding back on a slur, #the editors just picked a shot out of of the bucket to fit it instead...., #at this rate that sherlock prophecy will come true too, #and i just spent so long laughing at the 'dw wins spwhlk' memes, #but then this??? huh, #anon, #pocket talks to people
12 notes · See All
namek-ismyprovinceText

#snap chats, #i rewatched dbs ep 42 and, #first off tien and yamcha actually have like two lines hi <3, #and second of all tien whispering tho, #my mans are you sick???? why you need nyquil????, #like i'm not TOTALLY dogging on his voice i actually like it, #it's fitting but Man(TM), #also real quick just want to say !!!, #tien's Whole Existence in ep 42?? probably my favorite thing ever, #he either looks absolutely offended or confused and i love it, #also since i'm talking about super tien He Really Does look Super tiny, #they nerfed my man they had to take his muscles away to make new characters ig, #his muscles were akin to adam's ribs and the new charas were all eves
10 notes · See All
namek-ismyprovinceAnswer

i don’t imagine chi-chi would object- i bet she’d love to be able to spend time with goten teaching him how to cook, even !!

#snap chats, #tbh i don't think chi-chi minds too much what her family becomes, #just as long as they're safe and come home and visit her yk, #ALSO OFF TOPIC BUT I WANT EVERYONE TO KNOW WHILE I WAS MAKING A POST A LIL JUMPING SPIDER JUMPED ON ME, #AND NOW IT'S CRAWLING AROUND MY DESK, #DOG I'M FREAKING OUT HIGHKEY SPIDERS SCARE ME, #reply
8 notes · See All
lonely-dog-songText

#lonely dog speaks, #tonight i am thinking abt kino............... :·) kino. they, #yeah, #when i play a game with them and they swoosh their hands around and snap or whatever, #i am like ''wtf are you doing. but keep doing it bc i am incredibly enchanted by it'', #FJORD IS A GOOD CHARACTER i just dont think abt him much. but he is v v sweet :·), #i wonder who his kids are bc all i can think of is Finn, #wait also today i just noticed kino has a vooce ??? like they cheer and laugh and stuff HELLO u have a voice now and i luv to hear it, #it almost sounds electronic??? with a distant grating edge to it, #*I MEANT VOICE
1 notes · See All
contortrixText

#especially bc he like. never emotionally matured past age 7 apparently so its like..., #the adult version of pulling on a girls pigtails bc u like her, #he requires my attention ALL the time. he says weird things to me ALL the time, #he tries to poke and tickle me. he asks me if I'm POSITIVE I'm not actually bi instead of a lesbian, #like. wishful fuckin thinking there buddy. youre the last person id be on the turn for, #also he thinks we have this playful-jokey relationship, #so any time i make my disdain for him clear. which is almost every day, #he just assumes I'm playfully being mean or joking, #like. the things i have said to this mans face wouldve gotten me fired anywhere else, #but he just does that annoying ah ha ha i know u love me xDDDDD, #No The Fuck I Don't. :^), #today he was poking me with some plastic display slide stick thing, #and knocking around the parts i was getting while i was trying to gather them up, #and i literally just grabbed the stick and snapped it in half.....like., #he was like :0 i can't believe u broke it, #REALLY? YOU CANT?, #I TOLD HIM THAT MUCH LIKE STICKING ONES HAND IN A BEAR TRAP ITS A LESSON YOU SHOULD ONLY HAVE TO LEARN ONCE!!!, #I'm Really Not as non confrontational as i used to be so I'm really boutta start acting up :/, #i also already kinda hated him from the get go bc he doesn't enforce mask wearing at all in the store and doesn't wear one himself, #and also has a habit of just fucking off halfway through the day and throwing the rest of us to the dogs, #like damn wish i was getting paid salary to do jack shit. must be nice, #also he drives a miata....with like.......racing sponsor decals on it......., #like? really? you thought you'd be the one? To Change Me?, #and to top it all off he's a spoiled little rich boy bc daddy is a partial owner of the huge local dealership :/, #really hate that he's in my head rent free rn but i just needed to blow off some steam LOL, #txt
22 notes · See All
mesinisText

#so. the gate got open some how in the backyard, #two of my dogs had gotten out, #luckily they come when called, #still scared the hell out of me, #still low key freaking out, #then I saw a snap of my, #brother in law and his stupid friends, #one of them LITERALLY spitting at another, #with water in their mouth, #like it ain't still covid time, #this is why we can't go anywhere on holidays, #literally none of his family is taking this seriously, #either, #and they are very seriously trump backers, #and I'm just, #HHH, #so much right now
1 notes · See All
Next Page