This puppy right here used to hate being close to people in any way shape or form, did not like pets, bellyrubs, kisses, anything. It’s been a delight to see him grow and slowly open up his shell and become more affectionate as he matures.

#shetland sheepdog, #puppy, #sheltie, #dogblr, #nova, #like just laying next to me???, #progress, #he's like a velcro dog in that he has to be close to a hooman at all times, #but also he doesnt like the attention on himself, #he's a wallflower really, #hoping tumblr doesnt flag this also because of my LEG OH NO, #also those two marks? yup thats nova scratching tf out of me as we were playing, #not on purpose obvs but argh his toe teef huft
11 notes · See All
satanspersonal666Answer

These are what we use! On the left is our low value treat that we use all the time (we have also tried the bacon flavor and it went well), in the middle are the medium value treats, and the right are high value. With Hershey we mostly use the low value treats for things he knows/is good at, and higher value treats for new things/scary things and also sometimes for normal stuff when he is getting tired of the same thing. We also put a few of the low value treats in his puzzle toy to make it smell better than just his normal dog food thats in it. Hershey also gets a little piece of cheese once in awhile and he gets a bully stick or some peanut butter when he is being really good (or when we need him distracted). We also dont give him a treat every single time he does what he is asked to do, we praise him (our word is “yes” to let him know he did good) and we pet him. But experiment with different treats, not every dog likes the same thing. Fala is super picky, Hershey isn’t. I got lucky lol. Good luck!!!

Hey there! So I like using a verbal command and hand signal because I feel like it is more clear what I’m asking Hershey to do when I use both and also because I will still be able to communicate with him of I go nonverbal (it happens sometimes smh).

Im just gonna list them because its easier, I hope that is okay! Some of these he has really solid, others we have just barely started. He is only 6 months and we are going slow so he doesn’t get overwhelmed.

- “come” is an open hand, palm facing out, close to the floor

- “down” is my first finger pointing towards the floor, close to the ground

- “side” is me bringing my hand straight behind my back and then forward again, giving the hand signal for sit (this is for when I want him sitting next to me)

- “nudge” is the back of my open hand, usually when I am scratching

- “lap” (our DPT command) is the same hand position as our “down” command, but its with my legs stretched out when I am on the floor

- “give it” is just my hand open, palm up near his mouth (when I am trying to get something from him (toy, stick, eventually my inhaler or pill bottle))

- “off” is yet another one where we point at the floor, showing him where to go

- “in” is just a verbal command for when I wamt him to go in somewhere (car, store, crate, etc.)

- “ah ah” is a verbal one that pretty much means “stop”

We are also going to work on some guide tasks when he is bigger but I’m unsure of commands or anything for that since I am still doing research. A “place” command is also in the works, as is getting “go potty” to happen on command (the hand signal for that is a thumbs up)

(Also if anyone has any other ideas for things to teach him that are task or command related, lmk! I may not use it depending on what it is, but send them anyway!)

EDIT: I forgot “orbit” which is where I just get him to go around me in a circle for blocking 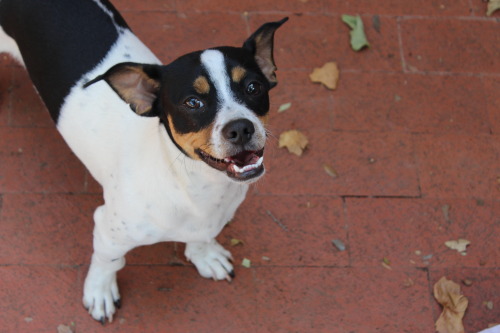 Some past dogs from long long ago.

These photos were when I lived remote in northern Maine. I sure do miss it.

The boxers only had chain spots during the day, and stayed in at night or whenever I’d leave the house. They would go after bears and chase them far, so I could never let them free run out there.

Skye was one of the huskies I inherited from my grandfather’s kennel and my favorite husky . I don’t have pictures of the other huskies. Skye was an awesome dog, but very skittish. It took quite a while to earn her trust. 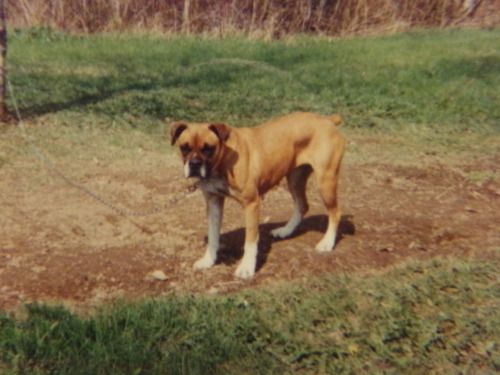 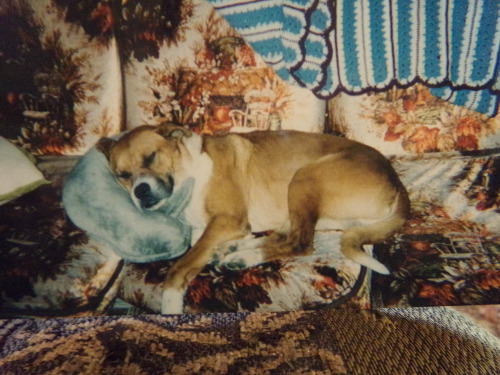 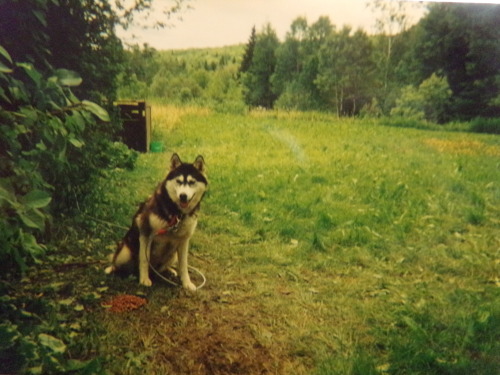 Slash’s back legs have shot UP again

#canine, #dog, #dogblr, #alaskan malamute, #slash, #dog photography, #zombie, #he got a walk today bc its been a week since his surgery tomorrow!, #let’s just say he needed it, #he also ATE lots of dinner, #except he picked out all the puppy food and only ate the adult food, #so hes def telling us he’s ready for adult food
24 notes · See All
5muttsPhoto 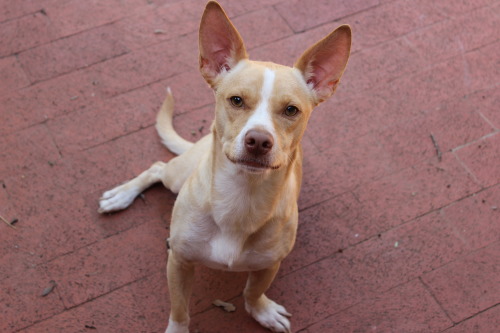 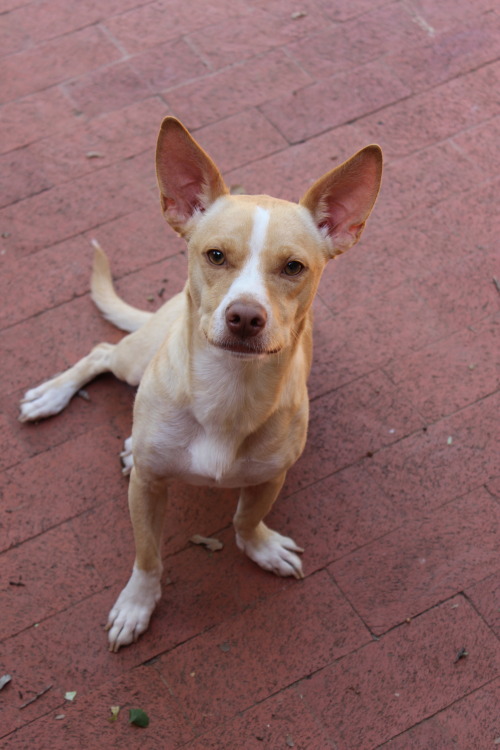 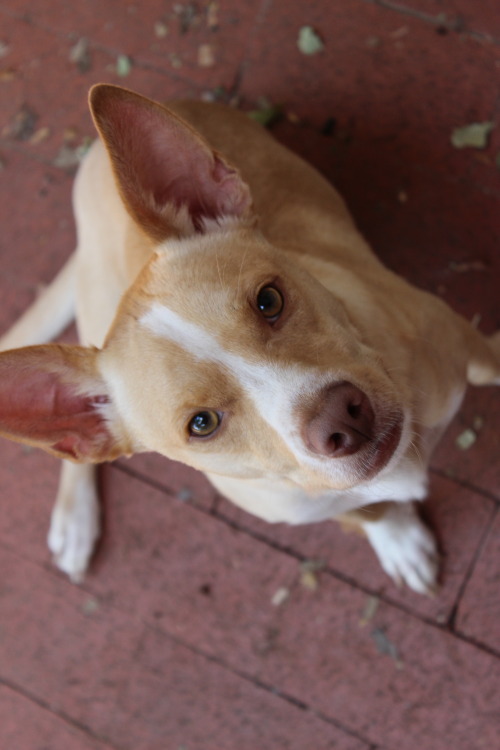 hello i demand to be fed at once 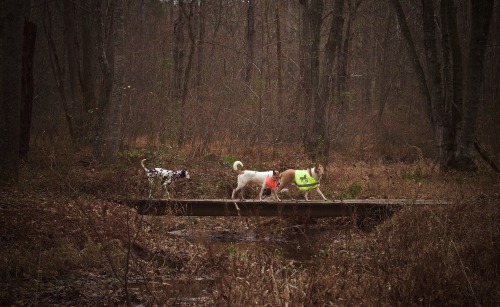 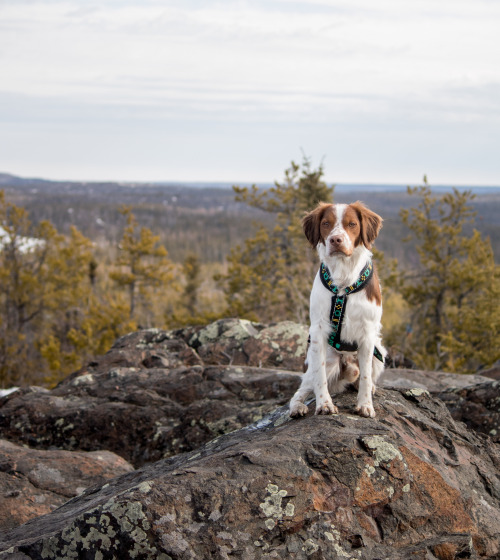 #dogblr, #maverick, #he can be a good looking dog sometimes
15 notes · See All
photozoiPhoto

A new extended family member. All 20 pounds of him.

Right before the zoomies started. 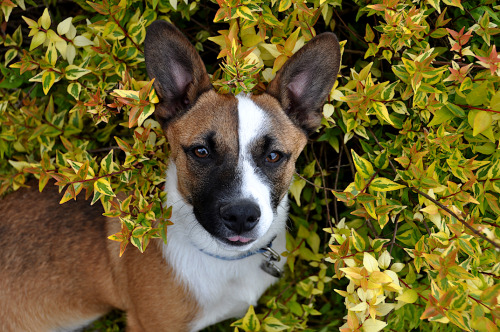 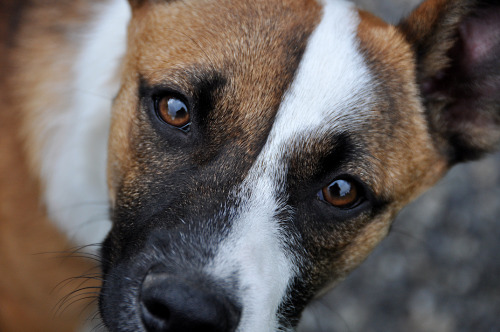 The grass is too long to play frisbee in now 😭

Georgia stayed at my sister’s house over the weekend and she sent me this video earlier today. I don’t think I’ve ever seen Georgia so exhausted!!! My nephew thinks she’s the funniest thing. Please note that every interaction my nephew has with Georgia is closely supervised.

#dogblr, #petblr, #australian shepherd, #aussie, #dog video, #georgia, #she has loved him since the moment he got back from the hospital, #theyre so cute together, #and she is so sweet sns gentle woth him, #and is teaching him how to interact with dogs gently, #if he gets too rough she just moves away, #then he doesnt get to pet her, #works great lol
28 notes · See All
exploring-with-blueText

We liked it here