I drew this back in June haha

Anyway, here’s what I’VE been up to <3 :)
Uncensored version below the cut

To celebrate the milestones for this blog, I want to offer my art. Raffle time!

You must be following me to enter. Reblog is one entry. Comment is one additional entry. Raffle closes December 1st. I’ll use a random number generator and pick 4 different people and draw! All four people are guaranteed halfbody colored sketches of any character. Have fun~

#i put the minimum, #i missed like 3 milestones so im gonna make this a big boy, #also you can finesse the system by commenting and reblogging now. and then following me for like 2 days on december 1st and 2nd, #not that i encourage that hehehe, #i never draw myself cuz my hair is killer, #i have no faith in my art so i say halfbody but..... you know.... dont quote me on it tho!, #i realize December is a while away but its when the quarter ends, #just kidding its only a month isnt it, #i forgot october is basically over, #but yeeeeeeeeeeeAH, #bro. any fandom, #also i have taken to wearing nothing over quarantine, #literally a hoodie and my volleyball shorts, #dont worry about it, #ill add things as i remember them, #scratch that. if i do well in all my classes ill double the original, #now thats incentive for yall to chase me off if you see me online hahaha, #bro if less than 10 people enter I’m just gonna give all y’all nice stuff. all winners., #and mind you my art improves, #sooooooo
30 notes · See All
fireemlmblemText

yes i love my husband yes i hate him

#dragon's ramblings, #its complicated, #dont worry about it
10 notes · See All
ginopizzaText

#Dont worry about it
10 notes · See All
slingbeesPhoto

i forgot i drew this 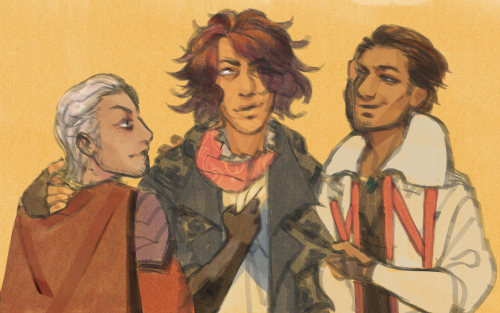 Me- ‘Huh, I haven’t had a breakdown in a few days. Things certainly aren’t going great, but I’m not dead yet.

#in conclusion im having a bad time, #and i want hugs and/or someone to knock me unconscious for a few months, #i hate my brain, #and by default maybe myself too but thats not the point, #dont worry about it, #because i blame everything on my brain, #but brain is me, #so its just me, #its all on me, #anyway ill shut up now, #i overhshare a lot
1 notes · See All
witchlenoreText

I am a smol thing

Full of anger and rage

Surely something so angry

Cannot be allowed to exist?

Potatoes should not fill me with rage

I am a smol thing

Who just wants to be left alone

And for everything to be ok

And I am full of rage.

#personal, #rant, #dont worry about it
0 notes · See All
thesilverdragoonText

Don’t wanna do Eureka 2 so have some Headcanons about Orpheus and my semi divergent AU in no particular order.

*Everything/anything is subject to change if I want to these are just the ones I’m thinking about right this very second.

-Extremely popular song writer, actor, musician and poet of Amaurot. Talented, multi-skilled in the arts and very persuasive and outgoing as a speaker.

-Orpheus was well known for breaking relationships over and over again because he would be too caught up in creating art, and had a paranoid streak to compliment his outgoing personality. Was known for repeatedly mistrusting anyone he was with and doubting their intentions or loyalty.

-A major and very public crisis in his life involved a particularly harsh breakup with another individual, one named Eurydice. From then on his musical content became much more somber, and his original popularity waned, though many still listened and ultimately pitied him.

-Was secretly inspired by Emet-Selch’s breakup with another individual (it was a popular rumor), comparing it to his own lost love. Composed many different poems and even a specific melody for them which was never shared with the public, however, he did send one of the poems to Emet-Selch anonymously. The latter never sent a reply and that’s probably for the best.

-Once Zodiark had come about and the Convocation dedicated their all towards bringing back those they had lost, Orpheus, inspired, created new music, poems, etc. surrounding the events.

-When Hydaleyn arose, he was also inspired to create pieces that contrasted against the ones he’d made for Zodiark, thus tearing what little audience he had left into opposite corners. Those who supported Zodiark, and those who supported Hydaleyn.

-When the original star was split and divided, many of Orpheus’ songs and stories somehow survived, extremely ingrained in the shards of the general populace. Over time they evolved into the popular tunes and fables we know today in Eorzea, albeit sometimes a far cry from their original forms.

-His favored instrument were the stringed ones.

-The music and art he created always had an uncanny ability to sway those who took it in, in all sorts of ways. Likewise, his ability to communicate and tell stories captured the attention of many. Orpheus was one of Astraeus’ favorite storytellers.

-One of Emet-Selch’s favorite musicians/artists to tune into from time to time. They met briefly once and expressed admiration towards each other’s respective talents.

-Orpheus considered cooking to be an artform as well, though it was one he never particularly mastered.

-Widely known for pouring all his focus into what he’s currently occupied with. Which could either be admirable or detrimental, depending on what it was.

-Held the symbol of the sun in high regard, which at the time was also used to denote the one who held the seat of Azem: Apollo, a famed or infamous traveler, depending on who you asked. Orpheus composed many songs/poems/plays/etc. about Azem’s various travels and adventures and allies (which ironically once again included Emet-Selch to some degree, as it was well known.)

#no i still dont have a WOL but if I did Apollo would be their name, #even then this SHB story is divergent so Orpheus is the star of this tale, #astraeus is balthasar, #eurydice is hanameen or was i suppose, #and then emmy is hades we all know, #anyway ill figure the rest out i already have an angle for this whole story to go in, #dont worry about it
3 notes · See All
roswyrmText

#dunno to WHAT… but i think i will…, #maybe… hm, #grass is queue‚ sky is red‚ etc., #yeah that works, #dont worry about what thats a reference to, #dont Worry about it
2 notes · See All
thisisjustnonsenseText

#i need sleep. my mind is moving too fast despite the late hour and deterrents, #dont worry about it, #face in space
1 notes · See All
dxveyjacobsText

me, thinking about smp character things: do i make him fuckinh sad and shit or do i do normal person things

well mass post deleter isn’t going to work for me so if i want to purge my blog of the gaping anus recently fired from achievement hunter i have go through it one by one.

#if i don't delete some things just...leave me alone, #dont worry about it, #rt wank
2 notes · See All
peanutbutterrumPhoto

WIP of Fursona 3D render, it is kinda rough but I am learning still! I will hopefully make a new one once I know Blender better 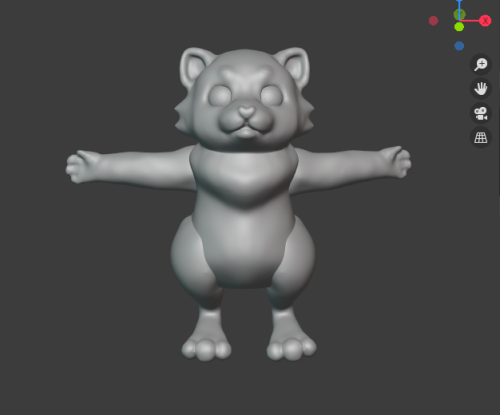 #FUrry, #OMIT is a raccoon but also a cat???, #Dont worry about it
0 notes · See All
grimmokthewiseText

mfw I realize that one of my setting’s big bads is philosophically based on the adventure time Lich.

#FetchQuest, #dnd, #dont worry about it
0 notes · See All
girl-in-byakkoyaText

Golden hues stared over at the other before approaching Ebumi where he sat. Etsugo took a deep breath, annoyed that he had to come find him as he felt like something was wrong. Normally, he would let the other blond do what he wanted; for one, it wasn’t his business what was going through his dumb mind, and two, he would just end up arguing over nothing with the older male. He really didn’t want to deal with that.

But once he heard that Ebumi had been drinking, there was no way he was going to let the other blond do something stupid.

“Shut up, I’m here to get you out of here. So stop causing trouble and lets go.”

Happy Halloween, Have A Fan Dorm 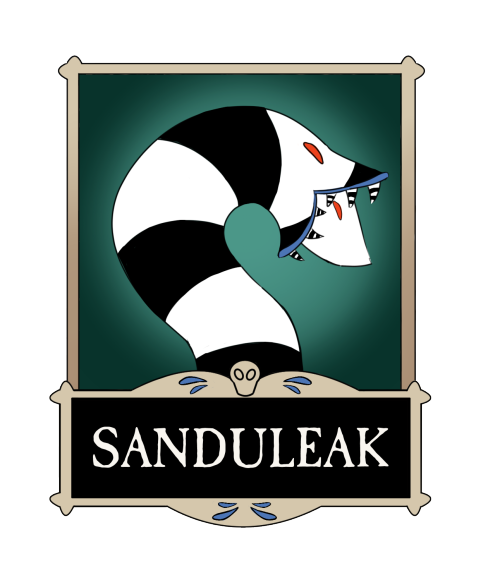 FINE WHY DO YOU ASK

#the host, #the host markiplier, #the host ask blog, #hostiplier, #DONT WORRY ABOUT IT
2 notes · See All
Next Page