what if they brought back roofus and doofus instead of romy

#anyway i like them. they are poggers!!#huh? what? it’s the art tag :)#roofus#doofus#pinky and the brain
44 notes
livshotel
Answer

THERE HE GOES AGAIN, THE CHIHUAHUA 

She is beauty she is grace

First off just to make it clear: Fabian and Mara only last halfway through college and then he realises she’s CRAZY and tells her to get a therapist and she does thankfully but nobody ever hears from her again. Like Mick.

Alfie and Willow break up before college but stay friends they’re both bi (everyone except KT was bi) and date a bunch of people and even set each other up a few times before they each find the right person. Alfie moves to LA and gets YouTube famous for conspiracy theory videos.

Right before Eddie heads back to America his dad tells him that since he’s no longer the Osirian he can go see Nina. Eddie wonders why his dad thinks he would want to, and Eric decides to do one thing right and tell his ‘son’ the truth:  Ninas gran is their birth fathers mother, and Eddie’s mom is their birth mothers sister. Eric split them up because he realised the curse that comes with being the chosen ones is what killed their parents. They’re twins. Eddie was born exactly 7 minutes after Nina. Their parents died the day they turned 7 months old. Eric told his wife that Nina died with their parents and told their gran the same about Eddie. He had a hypnotist block his memories of Nina so the cult wouldn’t know it was them and so he wouldn’t screw up and let Eddie know he had a sister so they’d never be in the same place, but clearly that backfired.
Eddie goes straight to see Nina. She already knows. She felt herself stop being the chosen one when he gave up his own powers. Her gran passed earlier that week. She was going through the attic and found their birth certificates and a baby picture of the two of them with on the back written ‘‘Nina and Eddie 3 months”.  She’s packing to go see him when he shows up. They meet up with Patricia in New York after spending the summer with his mom.

KT was absolutely a lesbian and she and Amber date for a few years, they live together in London, but Amber runs a fashion company and always puts her job first and needs a hallmark Christmas kind of love story to get it together, so KT dumps her and moves to New York to be closer to Eddie And Patricia and Nina

Joy and Jerome make it. Somehow they’re the worlds most perfect couple. Never fight just solid and supportive. They stay in England but they still talk to everyone.

Patricia and Eddie stay their bickering and in love selves. They are ALWAYS fighting about something, but it’s never a real fight it’s just them being them. The closest they ever come to breaking up is just because Joy and Jerome are already married with a baby and Eddie still hasn’t proposed so Patricia thinks he doesn’t want to marry her and

““Of course I want to marry you, Yacker! I just thought you didn’t want to get married!”

“Of course I want to marry you DOOFUS!”

So they get engaged. Nina and Piper totally take over the wedding planning.

Right before the wedding Fabian takes a job in New York. The first thing he does is pop into Nina’s work. Her assistant says that an adorable British puppy is outside the door and she FREAKS OUT. Fixes her hair and make up really fast while her assistant lets him in. The moment they see each other it’s like no time has past and she runs into his arms. They catch up over dinner. They get back together.

They are all together for the first time in so long at Trixie and Eddie’s wedding. Alfie and Jerome make a HORRIBLE toast. Joy is livid at Poppy’s babysitting skills and checks her phone 1000 times. Joy and Nina finally bond cause it’s what they deserve. Amber and KT and Alfie are super uncomfortable exes and it’s hilariously paralleled by what good exes Alfie and Willow are. Eddie and Patricia get married in his hometown and her parents are so out of their element. Everyone has the time of their lives and all of a sudden at the reception the double doors blow open and Victor is standing their like WHERE THE FUCK WAS MY INVITATION MS. WILLIAMSON 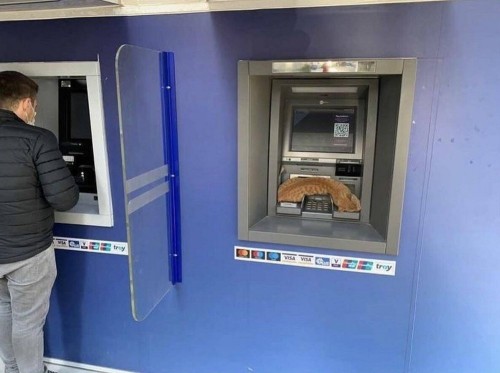 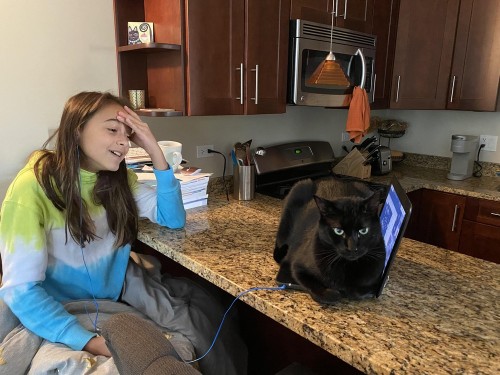 I AM NOT COOL VIC!

Went to a pumpkin patch n didn’t know how to pose. 🎃🎃

The fact that my sister in the 6th grade genuinely doesn’t know the difference between a city, state, and country is… this girl doesn’t know what country we live in…

So I just watched Home Alone 3 and it beats me how an 8-year-old kid manages to be so much cleverer than me. Like, he catches 4 burglars and gets a 6-digit reward, and here I am struggling while putting on socks.

Dude just killed me in Among us

He was like I just watched you snap that guys neck

Dude that killed me was like ‘guys if I was the imposter I’d tell you :) ignore orange’

A chance comment on Facebook sent me down the Word Guy rat hole the other day. Someone edited a response to a post because, she said, she “didn’t want to look like a dufus.”

The preferred spelling is “doofus,” and doofus is the Word of the Day. A doofus, of course, is an idiot, a stupid, incompetent or foolish person. I know plenty of them. But where did the word come from?

The Online Etymology Dictionary says it’s American student slang from the 1960’s. And the Dictionary of American Slang suggests it’s “probably related to doo-doo and goofus.” Goofus, eh? Gee, that’s helpful. Where did “goofus” come from then? (And here we go down the rat hole).

“Goofus,” we’re told by Dictionary.com, is “an Americanism” that has been around since before 1920 and is “of uncertain origin,” but is “perhaps a derivative of goof.” It’s possible the “-us” was added to “goof” to mimic the “-us” in “ignoramus.”

Merriam-Webster says “goof” is likely a variation of an English dialect word “goff,” meaning a foolish clown or simpleton, in the same way that “geek” is a variation of the Dutch “gek” or Low German “geck” (to croak, cackle or jeer; to mock or show contempt).

But back to “goofus” – and by extension, doofus. Goofus (or doofus) appears to have been influenced by the Scots word “doof” (simpleton), which was derived from the Low Saxon “doof,” meaning “deaf” but also “dolt.” And “dolt,” of course, traces back to Middle English “dold,” meaning dulled or made stupid.

So whether it’s doofus (or dufus) or goofus or goof or doof or dolt, it’s enough to make one feel goofy. And it doesn’t explain why Goofy the Disney dog can speak English and act like a human but Pluto the Disney dog is just a dog. Or how a mouse (Mickey) can have a dog as a pet. Whoever came up with that idea is a real doofus.

You changed my life so much

jeongguk in the run episode today 😭😭😭😭 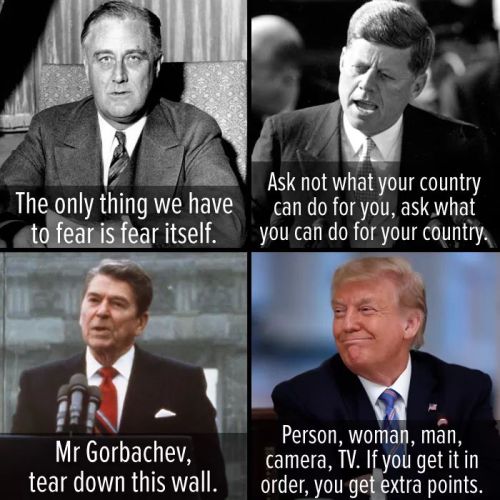 ah yes bcos the fact that u saw it in a meme makes it completely acceptable.